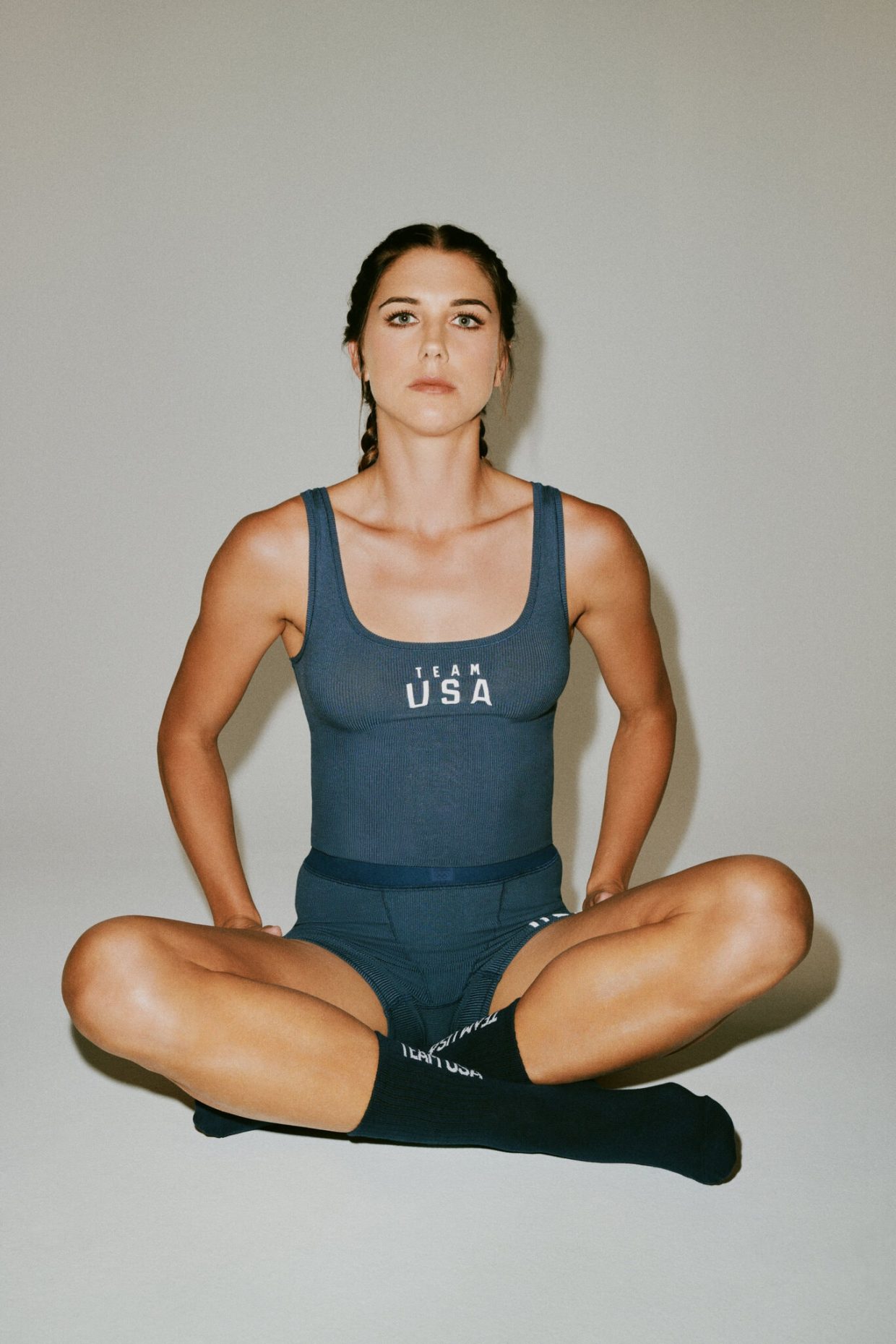 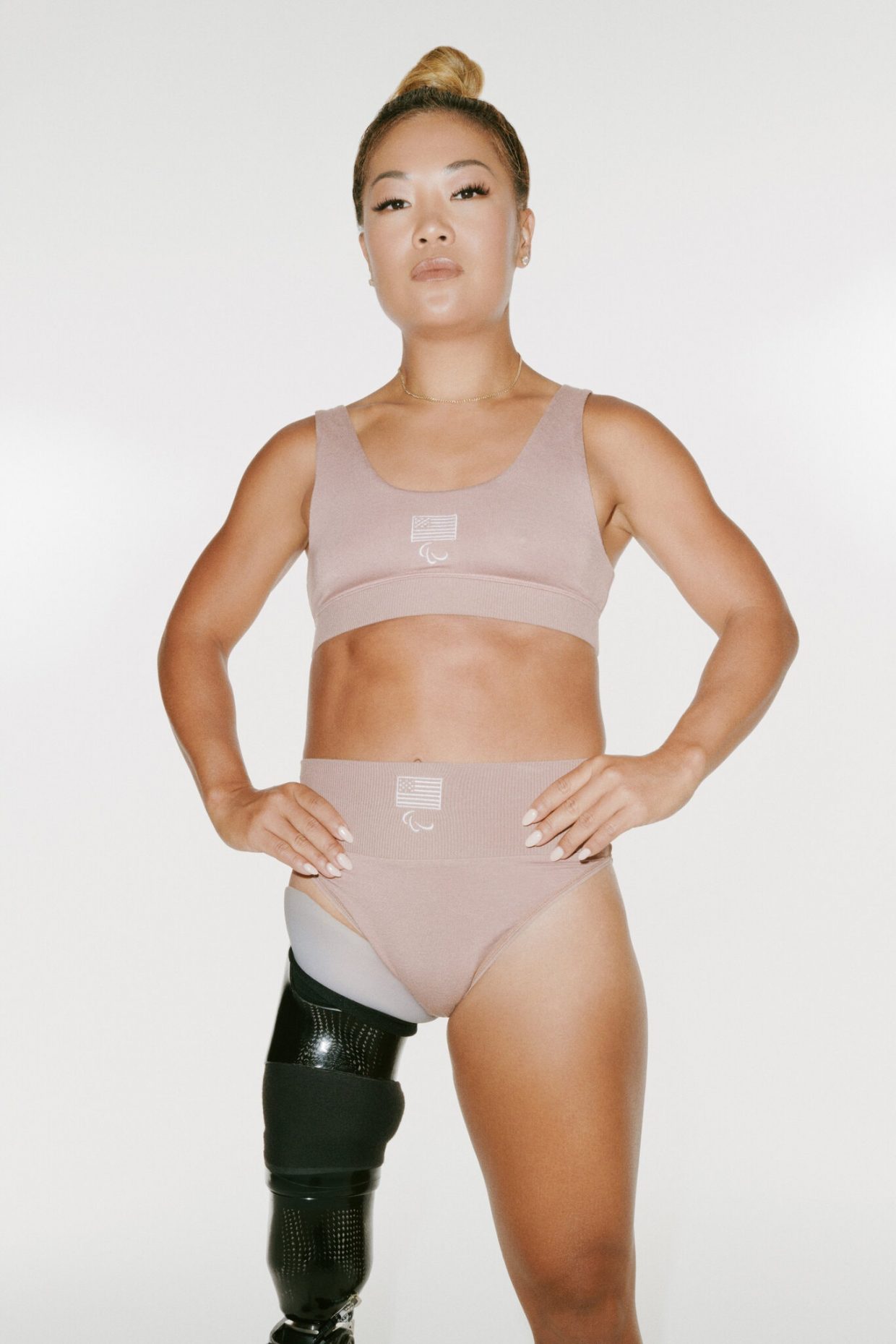 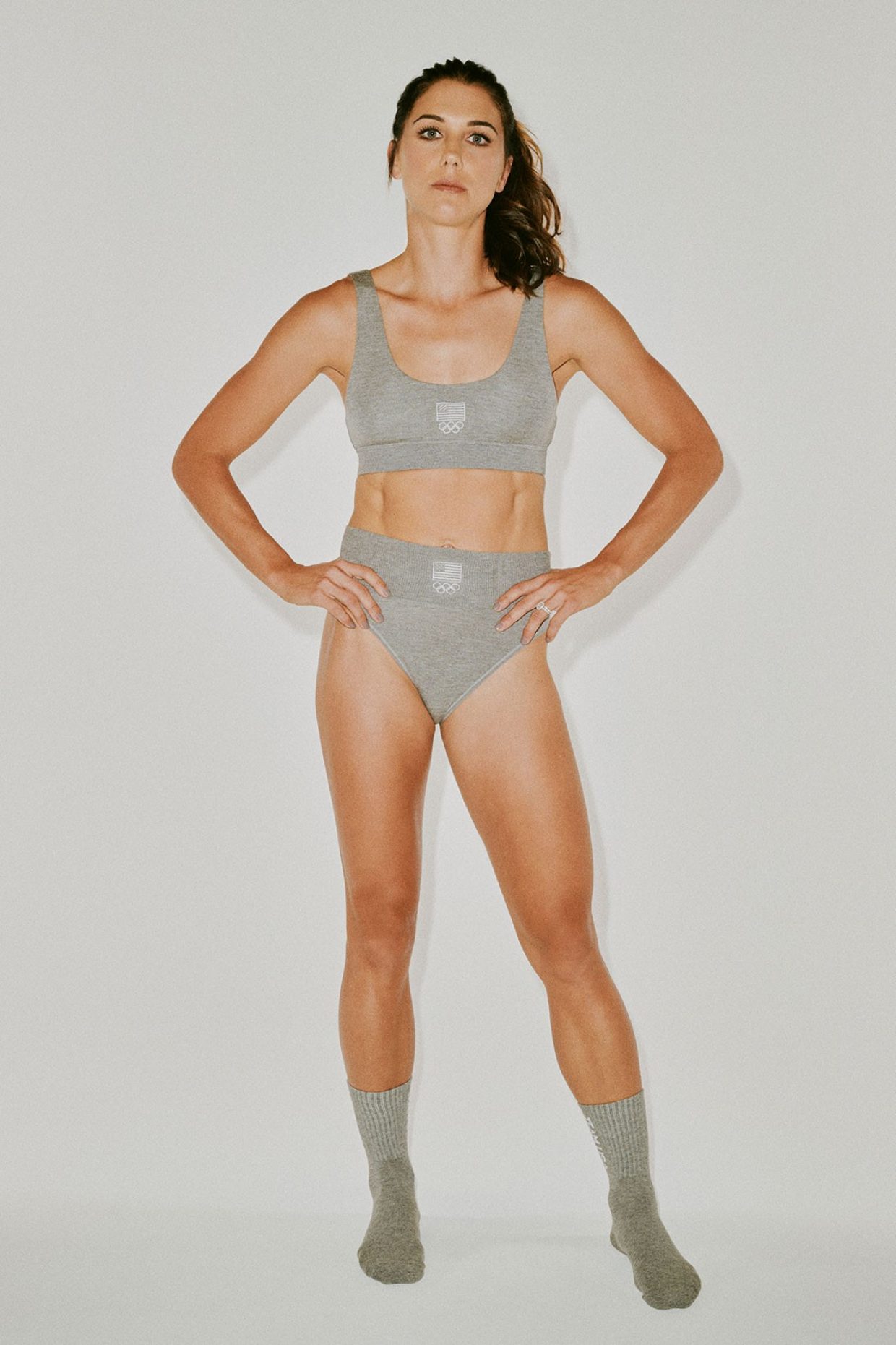 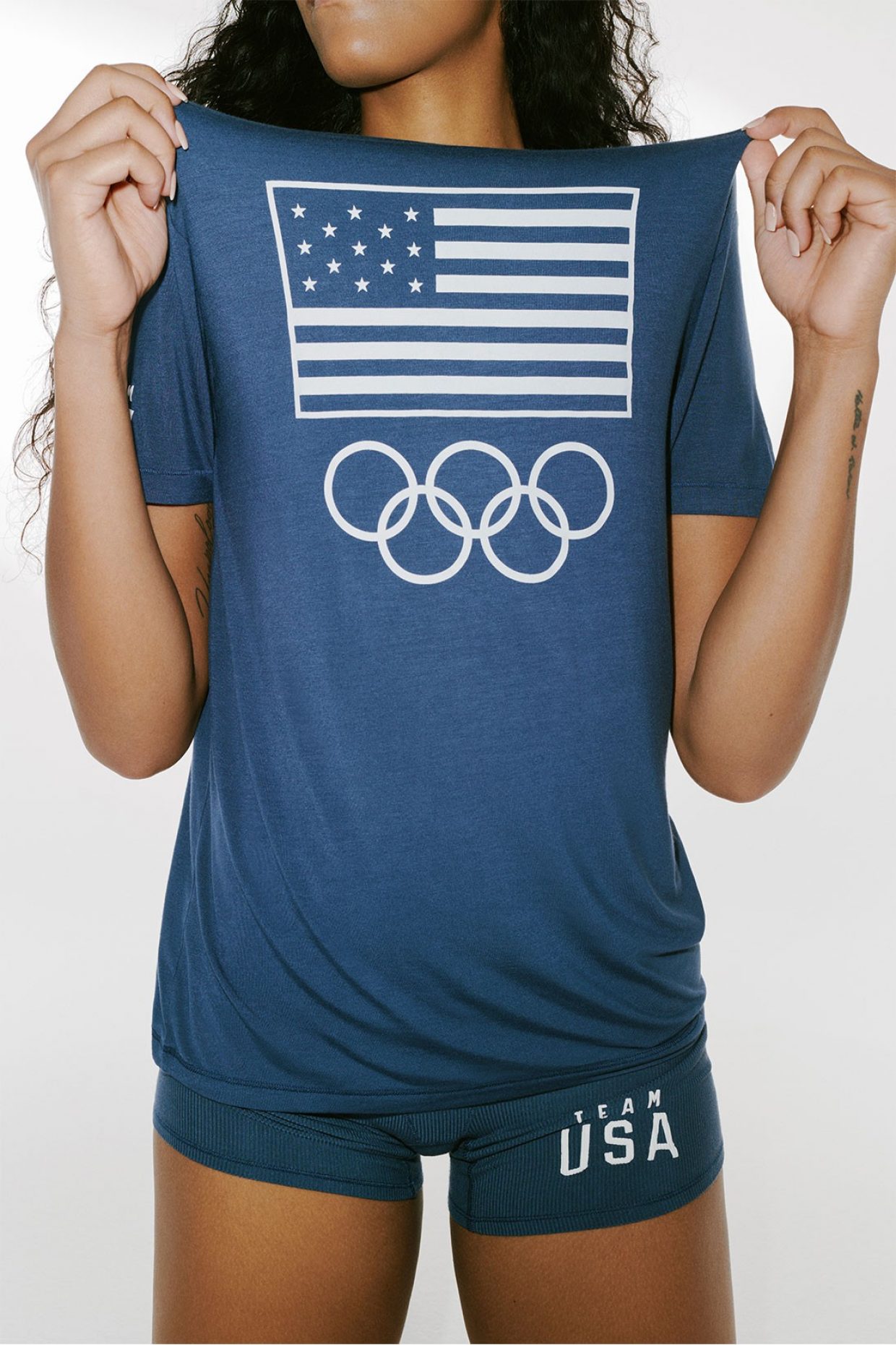 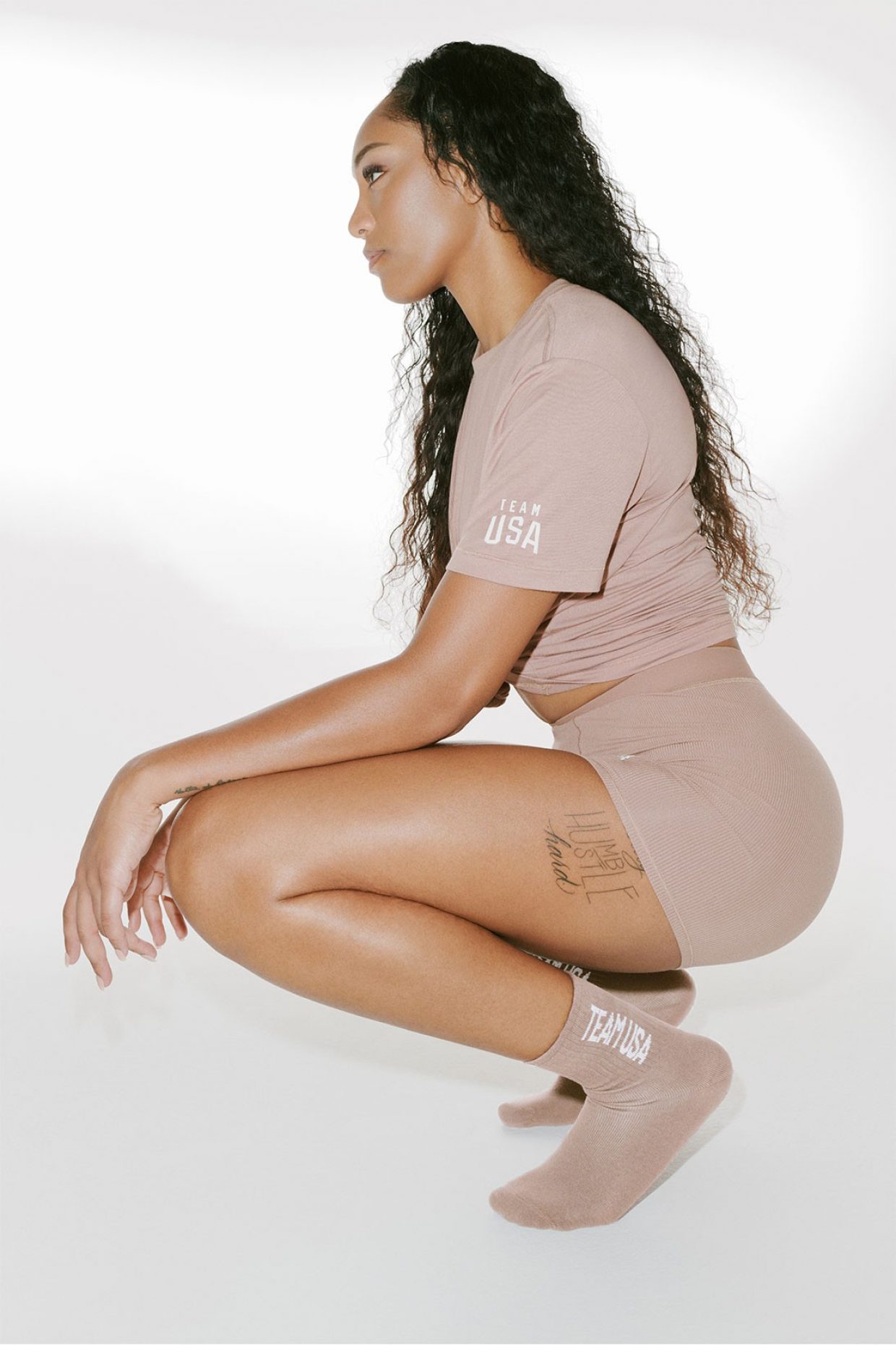 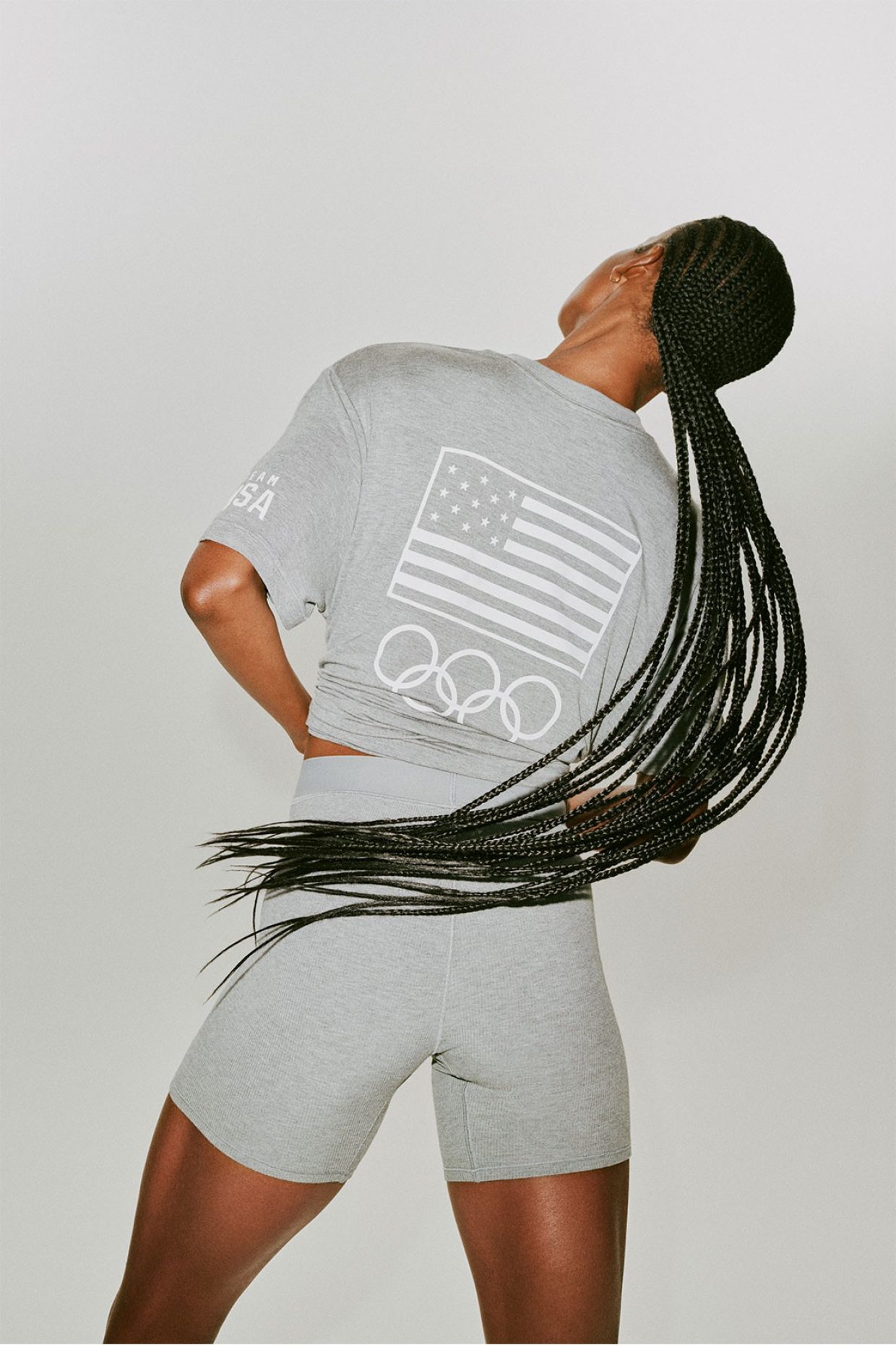 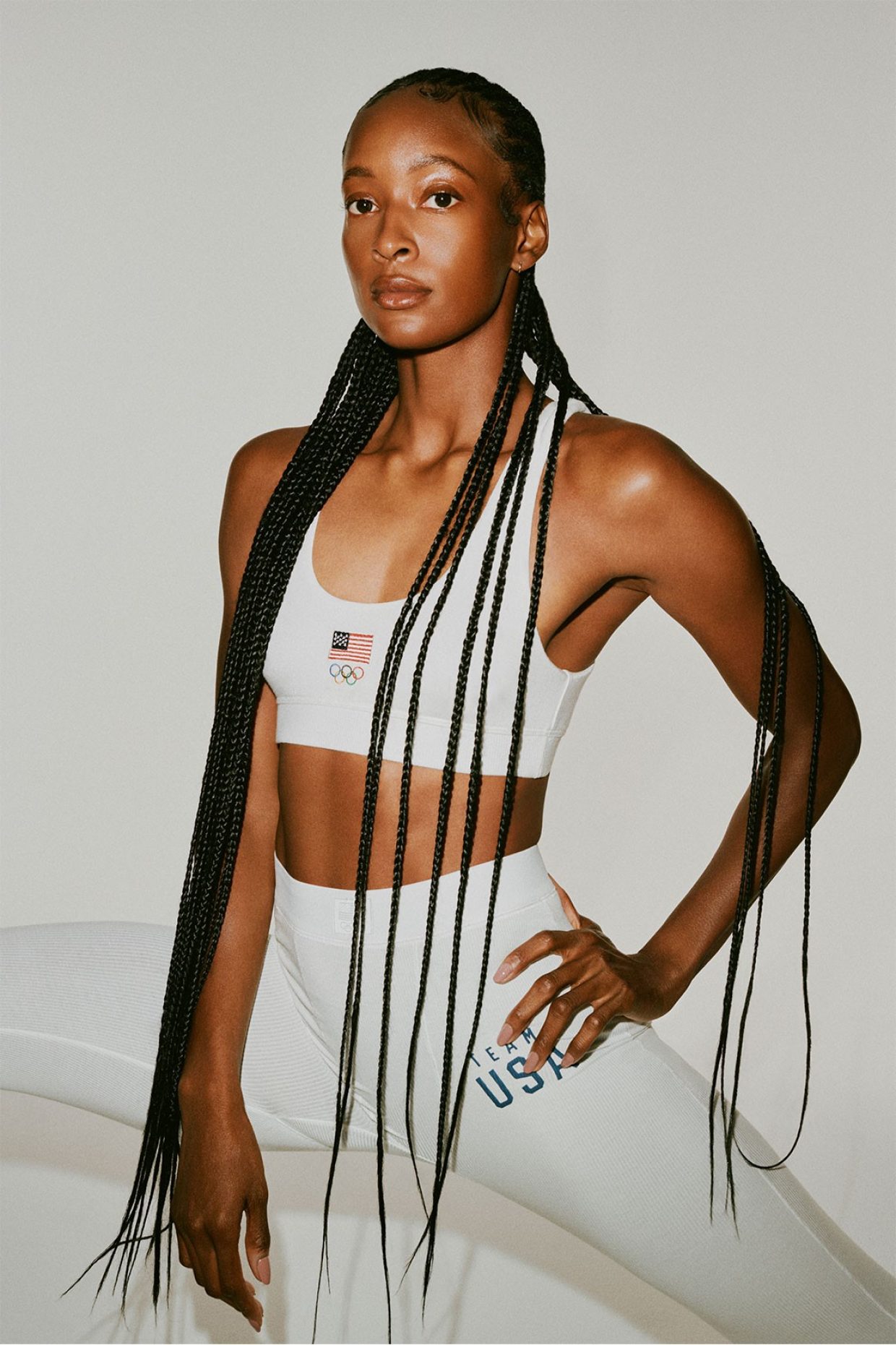 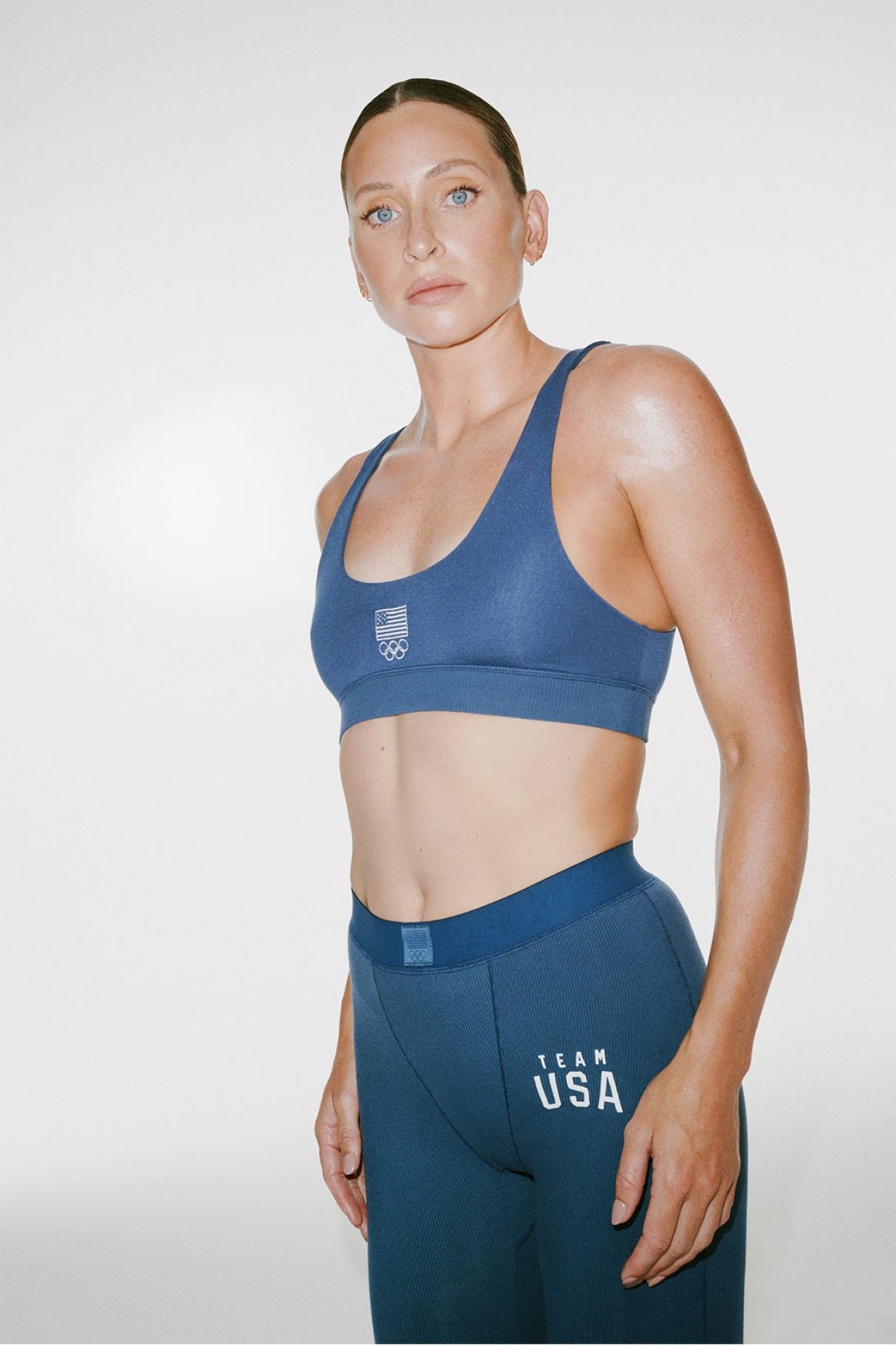 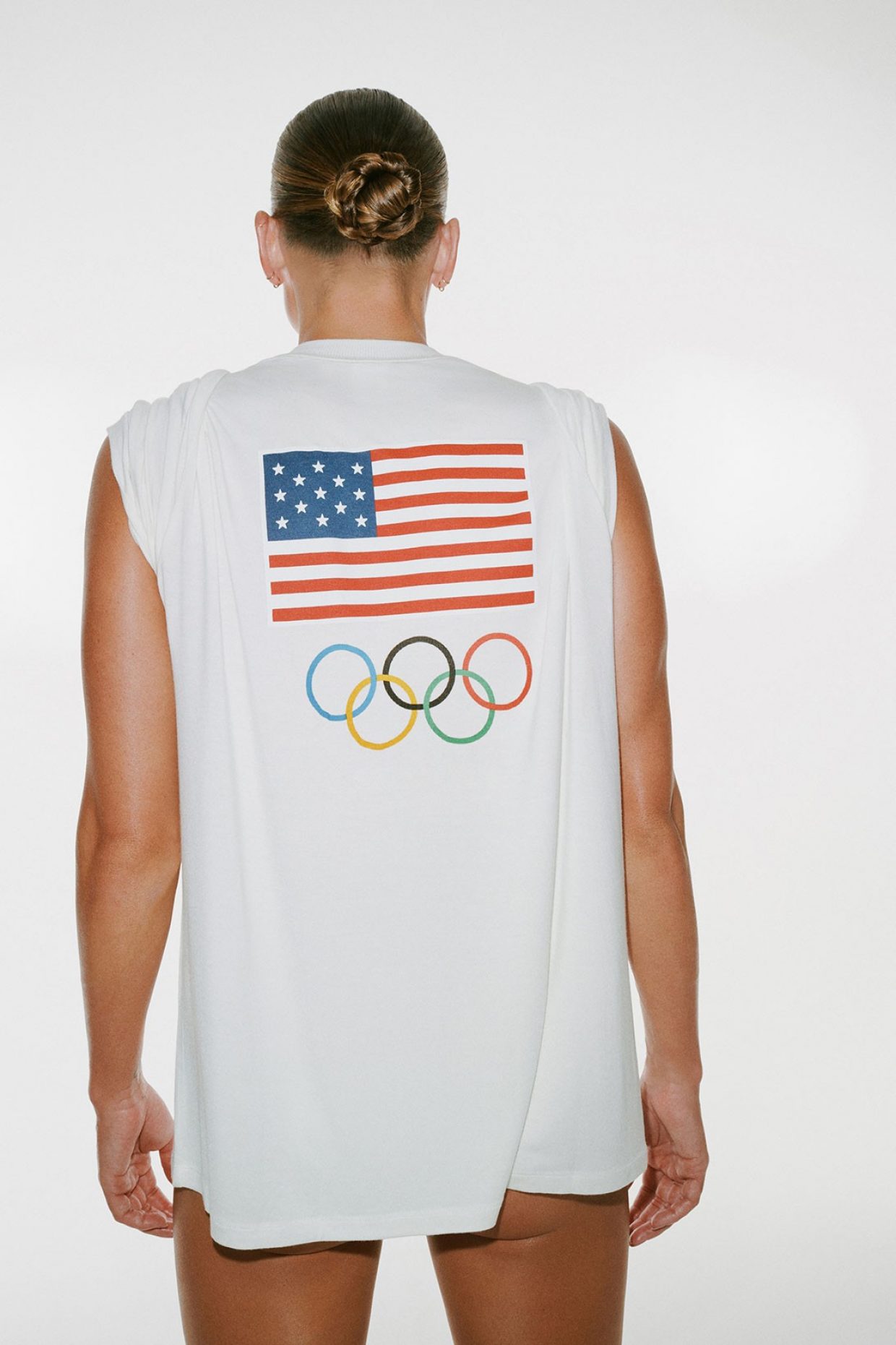 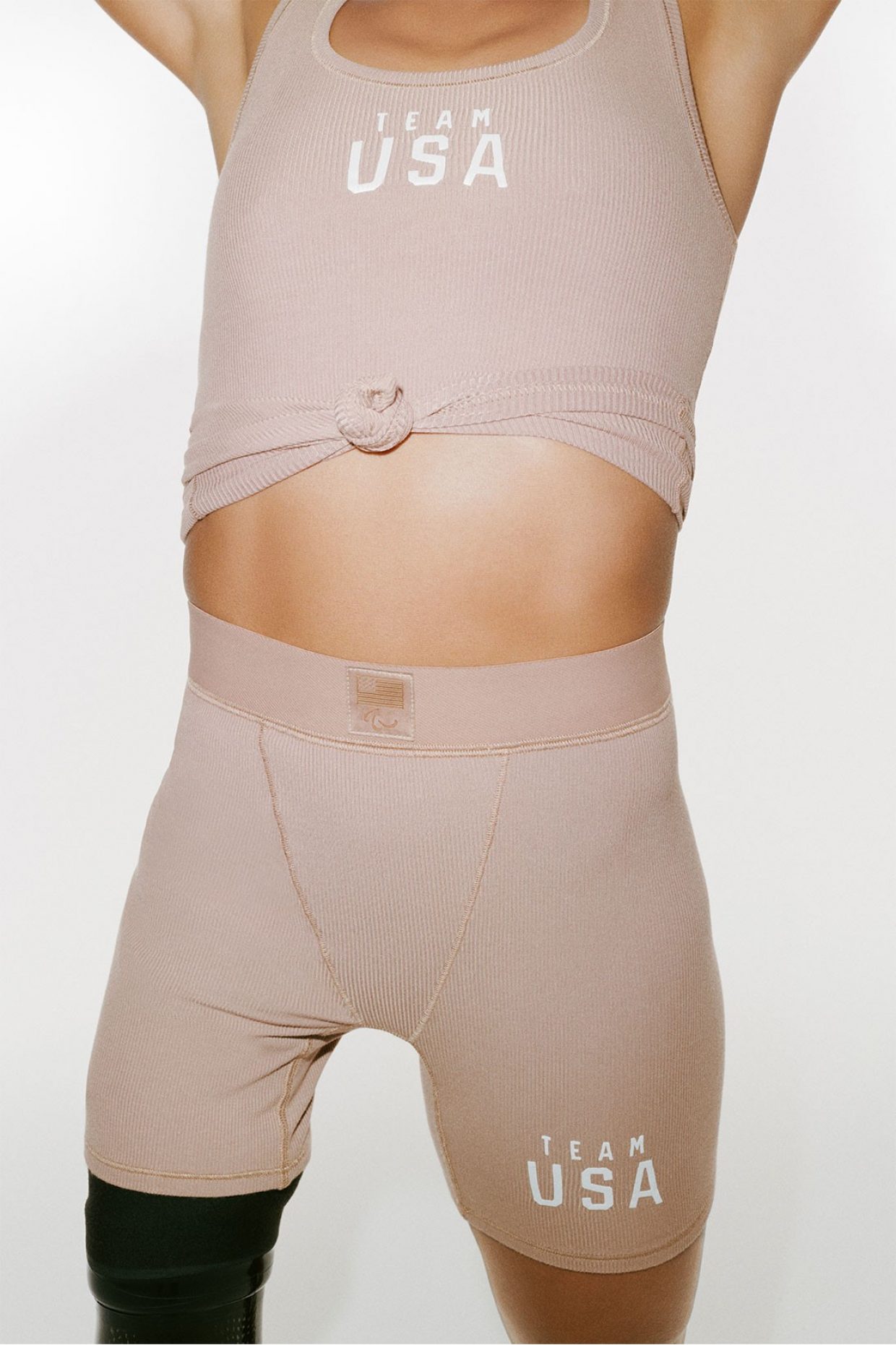 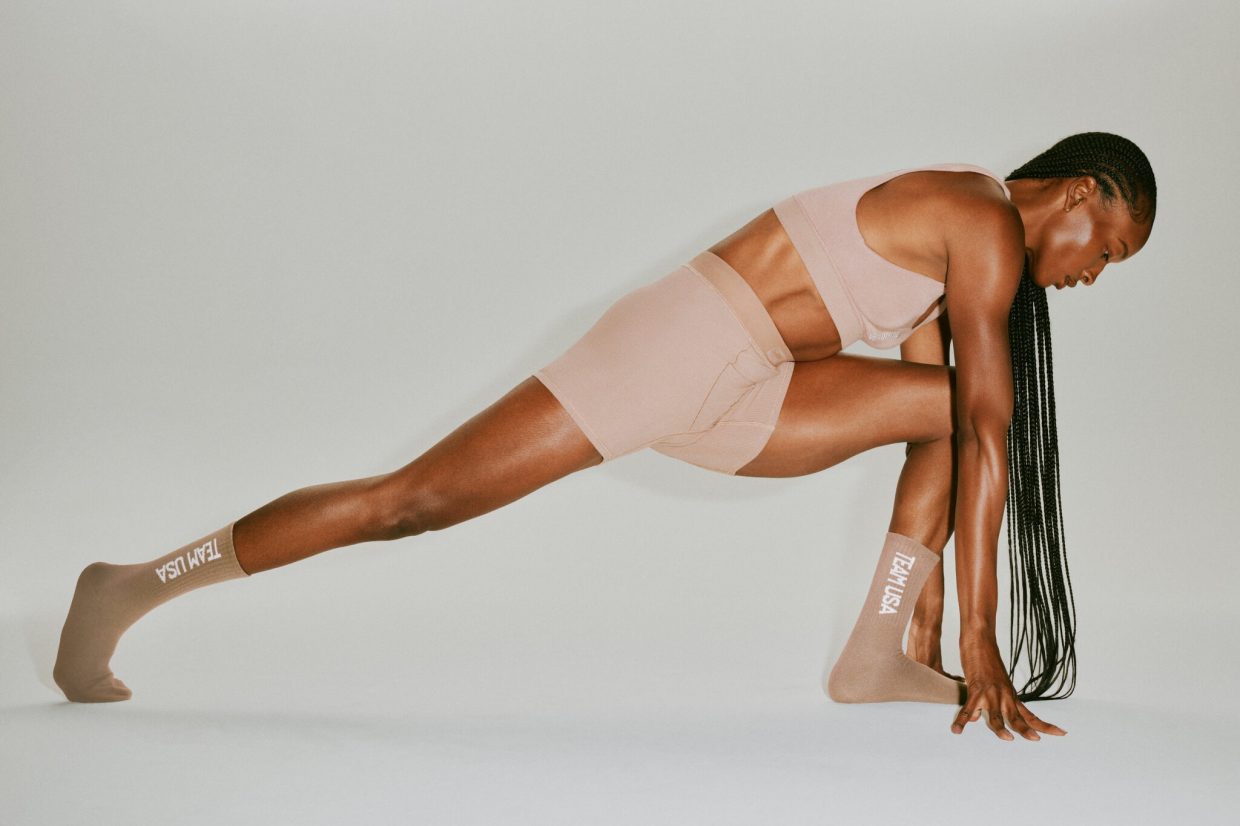 Skims Is the Official Underwear of the U.S. Olympic Team

“Ever since I was 10 years old, I’ve heard every single detail about the Olympics,” Ms. Kardashian West wrote in the post, alluding to Caitlyn Jenner, who won a gold medal in the decathlon event at the 1976 Olympic Games and was married to her mother, Kris Jenner. “When I received the call inviting Skims to be a part of @TeamUSA 🇺🇸, every moment I’ve spent admiring the strength and energy of the Olympians from the sidelines came full circle.”

Since 2008, Ralph Lauren has designed the opening and closing ceremony looks for Team U.S.A. It’s also typical for Nike to provide garments that Olympians wear to compete and receive their medals, including sports bras and spandex shorts.

But an official underwear outfitter?

Cassidy Krug, a diver in the 2012 Summer Olympics, said in an email that Nike and Ralph Lauren had provided her fellow athletes with more than 80 items in total. “As far as I can remember, no underwear or pjs from either,” she wrote.

That said, official underwear for Olympians is not entirely unheard-of. Jockey, for instance, is the official supplier of the Australian Olympic and Paralympic Teams when it comes to undies.

But the Skims Olympics line, which will be available for online purchase by non-Olympians in July, isn’t just about underwear. It reflects the fact that athletic apparel is no longer so narrowly defined; these days, all kinds of clothing companies produce athleisure, which can be worn while working out, lounging or stepping out.

It’s also part of a growing alignment between celebrity fashion personalities and the Olympic Games. Telfar Clemens, for example, announced recently that he would be designing Team Liberia’s uniforms.

“We’re so proud to be supporting female athletes during the Olympic and Paralympic Games in Tokyo,” Ms. Kardashian West said in a Skims news release. “These women are incredible role models for younger girls, including my own daughters, showing them that anything is possible if you work hard enough. SKIMS is designed to empower women to feel their best every day and we’re excited to work with Team USA to help spread this message.”

Along with inclusive messaging, Skims offers a wide range of sizes and skin-tone colors for its products, which Ms. Kardashian West has said is inspired from her own struggle of not being able to find a comfortable shapewear fit for her body in the past.

“We are setting new standards by providing solutions for every body,” the Skims site reads.

In line with this messaging, Scout Bassett, a Paralympic sprinter and long jumper, is one of the female athletes featured in the promotional shoot. “The collaboration is representative of SKIMS’ sharp focus on fit and commitment to creating products for every body,” Skims said in its news release.

Despite its efforts at inclusion, the brand has drawn backlash. In 2019, it drew criticism for appropriating Japanese culture when the brand was announced under the name Kimono. More recently, the brand was singled out in a TikTok video for misleading (and excruciatingly small) sizing.