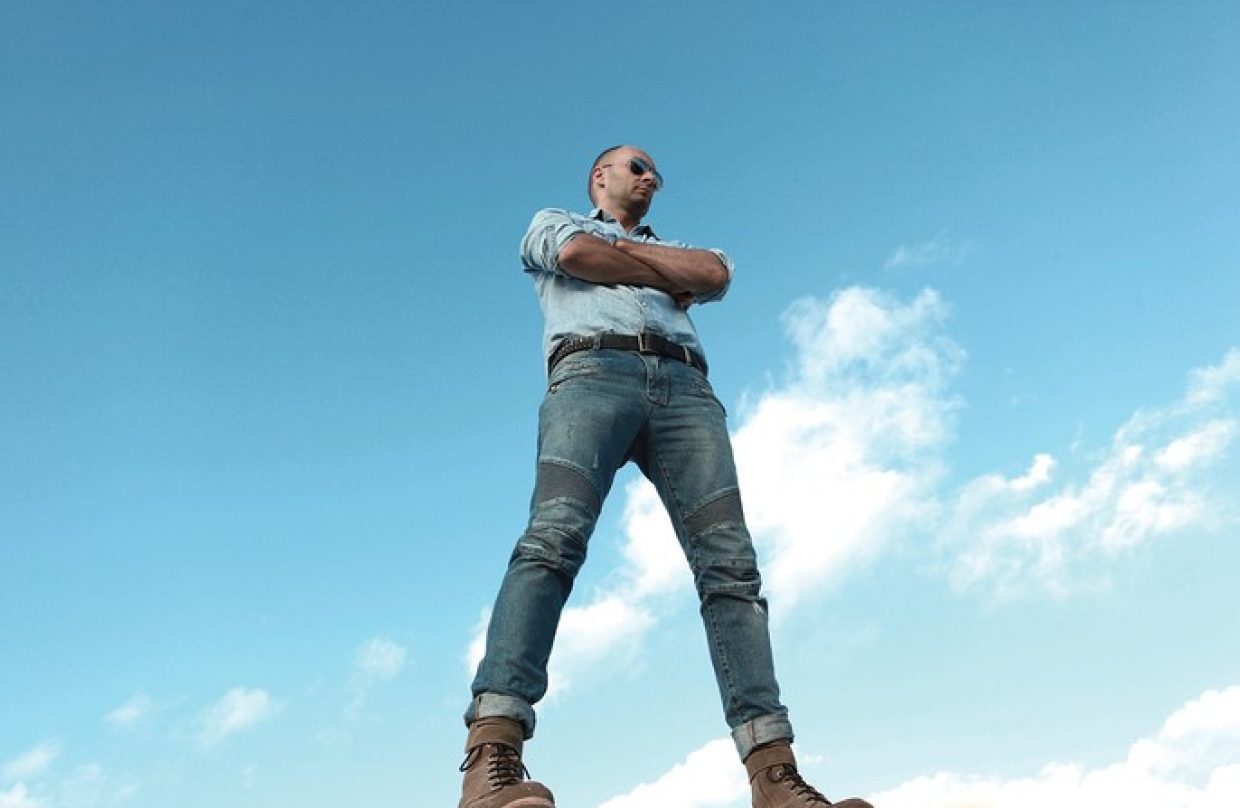 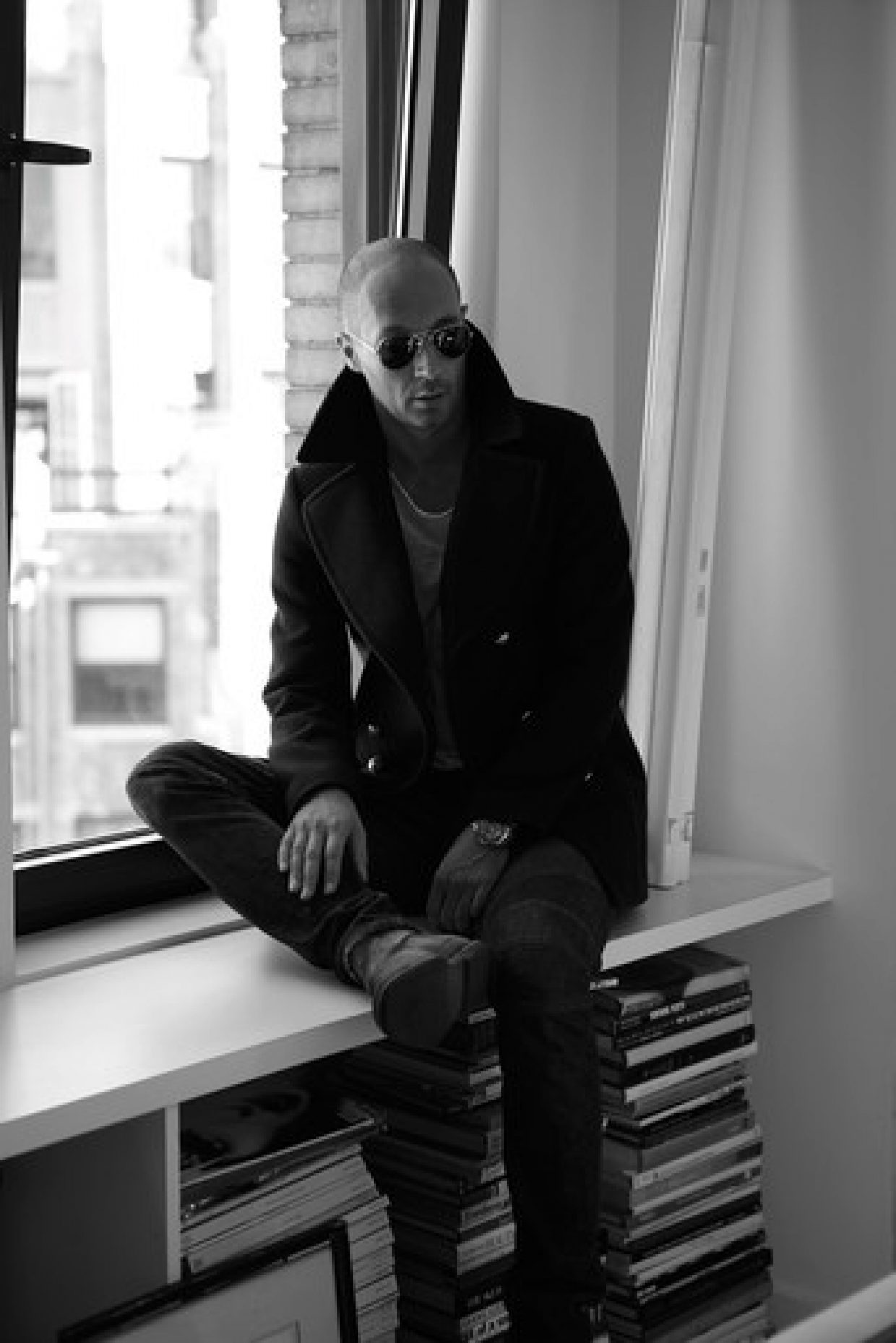 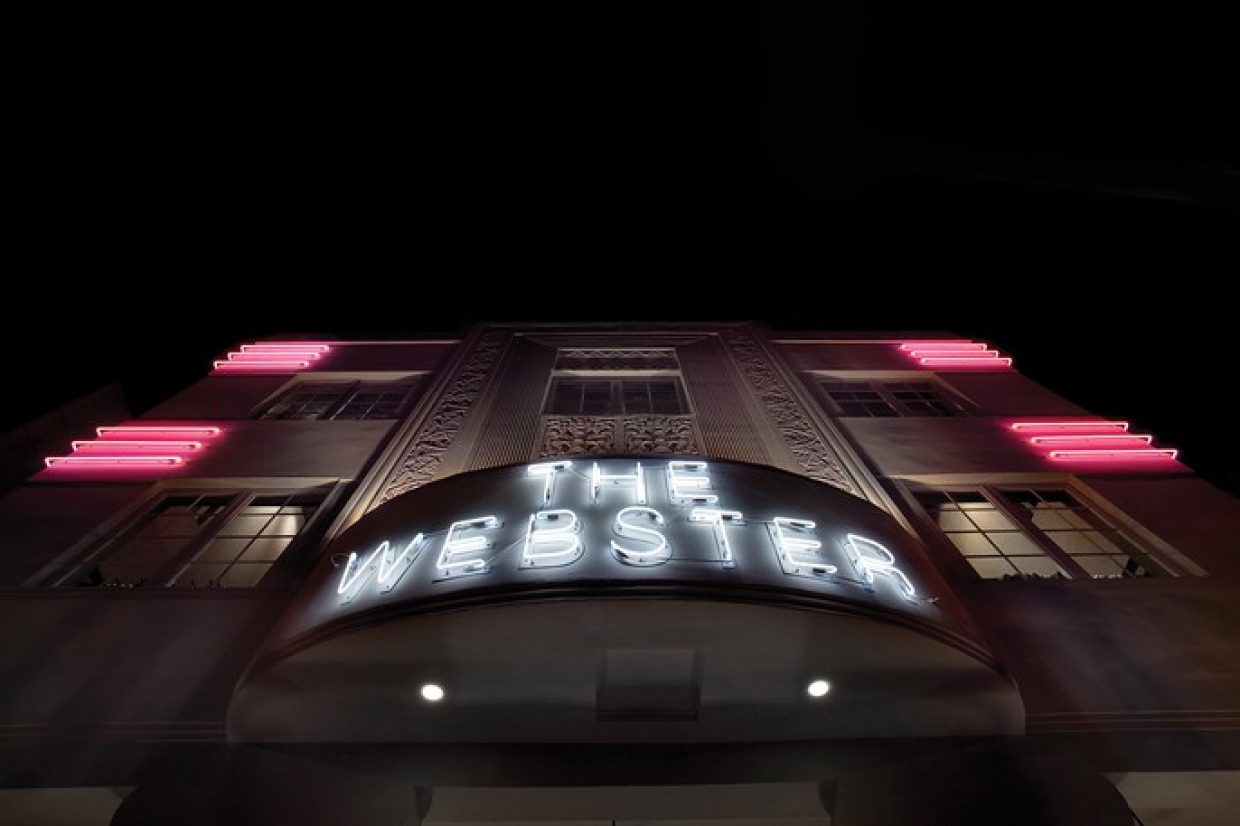 Gianni Versace showed the world the correlation between fashion and Miami. His legacy has made the Magic City a fashion hub and home to some of the biggest global influencers in the fashion industry. In the way Gianni defined Miami fashion in the 90s, Milan Vukmirovic is writing the city’s fashion history today, albeit much more subtly. Although he is a very private individual, Milan is a favorite of street style photographer Tommy Tonand he frequently makes global best-dressed lists. It doesn’t hurt that he boasts a six-foot, model-esque physique to wear said clothes. He is casually dressed in a deep V-neck and Ralph Lauren sweat pants. As we sat on his burnt orange tweed couch with an impeccable view of Miami, Milan agreed to give Haute Living a glimpse into his fascinating voyage as a creative. Milan’s myriad journey in the fashion industry began in Paris with internships at Lanvin and Christian Lacroix. One night at a dinner party, sitting with elite, interesting guests, Milan was strategically placed next towoman named Colette, and after casual discussion, he came up with an idea: a concept store. He proposed his thoughts and together they gave birth to the world renowned Colette Paris. Milan says, “Basically I created a concept that revolutionized retail globally. Other people took it and ran. I created a one-stop shop for food, exhibitions, luxury items, all at the same time, at the same place. It was based on the newest and the hottest and in the 1990s it was the time of the expansion of brands like Gucci and Prada; it was the time of the Fendi Baguette. My idea was for a mixed concept store, where you could buy a phone, a bag or even furniture while you are having lunch.”

Milan explains that there had been a shift in fashion, where it had previously been all about clothes, it became all about accessories. “It was about the selection and the choice. [We wanted] the best of everything, so the store would be like a magazine for which we were the editors. It became such a success that quickly people associated me with the visuals, that is what made me famous, the success of the store.” As the buyer and director of Colette, Milan became well recognized and respected in the industry. In 1999, before Gucci Group had even officially formed, Vukmirovicreceived a phone call from his friend Tom Ford, and after much contemplation and an offer that he could not refuse, Milan then ventured off to London to serve as Design Director of Gucci. One year later, after a formal request by Prada’s owner Mr. Bertelli, Milan shifted positions, from Design Director of Gucci to the Creative Director of Jil Sander. Responsible for designing both women’s and men’s, Milan says there were challenges at the brand, stating “when I was with Jil, it was difficult because Jil was not working with the brand at the timeand the media wanted her back, so the men’s line was actually more successful than the women’s because the women weren’t ready for the change of the ‘Jil’ look. They weren’t ready for evolution.” Milan then took a year off, explaining “I encourage people to take time off to think about what you want to do.”

After his sabbatical, in 2005, Vukmirovic decided to further explore another the editorial business in Paris, launching L’Officiel Hommes with the Jalou publishing house. While with L’Officiel Hommes, Milan was being mentored by his friend, photographer Richard Avedon. “Richard Avedon was one of the most important people I met in my life. We met when Avendon, he was shooting three campaigns for Jil Sander. We spoke about our mutual passions for photographybut I was scared to touch it, but he pushed and encouraged me to believe in it.” Milan then decided to pursue his dreams as a photographer under the alias Andreas. Breaking the barriers of the classic European mentality where creatives don’t multi-task, Milan explains “I love fashion, obviously, and I have touched every aspect of it. People like my experience. I understand every angle of the industry.” He eventually shot various campaigns for major brands including Hugo Boss, Giorgio Armani and Lacoste. After Milan ventured into photography, he set the tone for his contemporaries including Olivier Zahm and Tom Ford to follow in his footsteps. Perhaps it was Milan who gave them the courage to explore the art of being behind the camera? While at L’Officiel Hommes, Milan was then approached by Trussardi, the Italian fashion house. At the time, Trussardi was a sleeping brand that he revived. By implementing change and creating new trends, like reinventing camouflage, Trussardi became a benchmark for other houses like Valentino. “When I was brought on board at Trussardi in Milan, they needed a change from a-z, but because I was still with L’Officiel Hommes, I only started as a consultant. Then I was offered the position of Creative Director. I accepted. I was responsible for men’s, women’s, bags and shoes where I was given amazing freedom, so I redesigned and repositioned the brand. We did a huge 100-year anniversary show. I put them back on the map.” While living in Europe for most of his life, Vukmirovic began traveling to Miami, where he fell in love with Miami. So in 2007, after an offer from his friends Laure Herriard Dubrieul and Fredric Dechenik, he became a partner and creative director of Miami’s first concept store: the Webster. “Laure and Fred were working in Paris and wanted to come to America and build a shop. At first they wanted Los Angeles, and at the time, I was coming to Miami, and falling in love with it. I encouraged them to come to Miami. Miami Beach didn’t have this. They said they wouldn’t do it without mebut I wasn’t ready to give up on L’Officiel or Trussardi, so I offered to consult and left the management to them.” Milan’s relationship with the Webster lasted through 2013.

Three years ago, Milan launched an annual men’s coffee table book called Fashion For Men that is just as aesthetically perfect as its founder. As Publisher of the book, Vukmirovic also handles all creative aspects, including the photography.If that isn’t enough, as of February 2014, MilanVukmirovic.com will go live from Miami Beach. Forecasted to be a men’s haven for limited and exclusive items, all ‘Milan,’ you will be able to find everything from shorts, tank tops, jogging pants, sneakers and eyewear, but only for men. “It is me, it will be what I want to have and I want to pass on to other people. We have a worldwide following and audience and will ship globally, so for my many followers and fans, we will now have a community. I am very photographedand people want what I have and appreciate my take on style, so they can have a piece of me, my design, what I would wear.” Milan will be collaborating with designers from all over the world that represent his style, including Christian Roth, Spectator and A Different Fur, a perfect fit for the many customers and fans who want what he has. There is also a hotel in the works. “I look at it like, what haven’t I done yet? Miami has changed so drastically, from the culinary world to the Design District, there is a new generation of people coming here: designers, fashion, just a new community,” he says. His goal? The only to create what doesn’t exist.