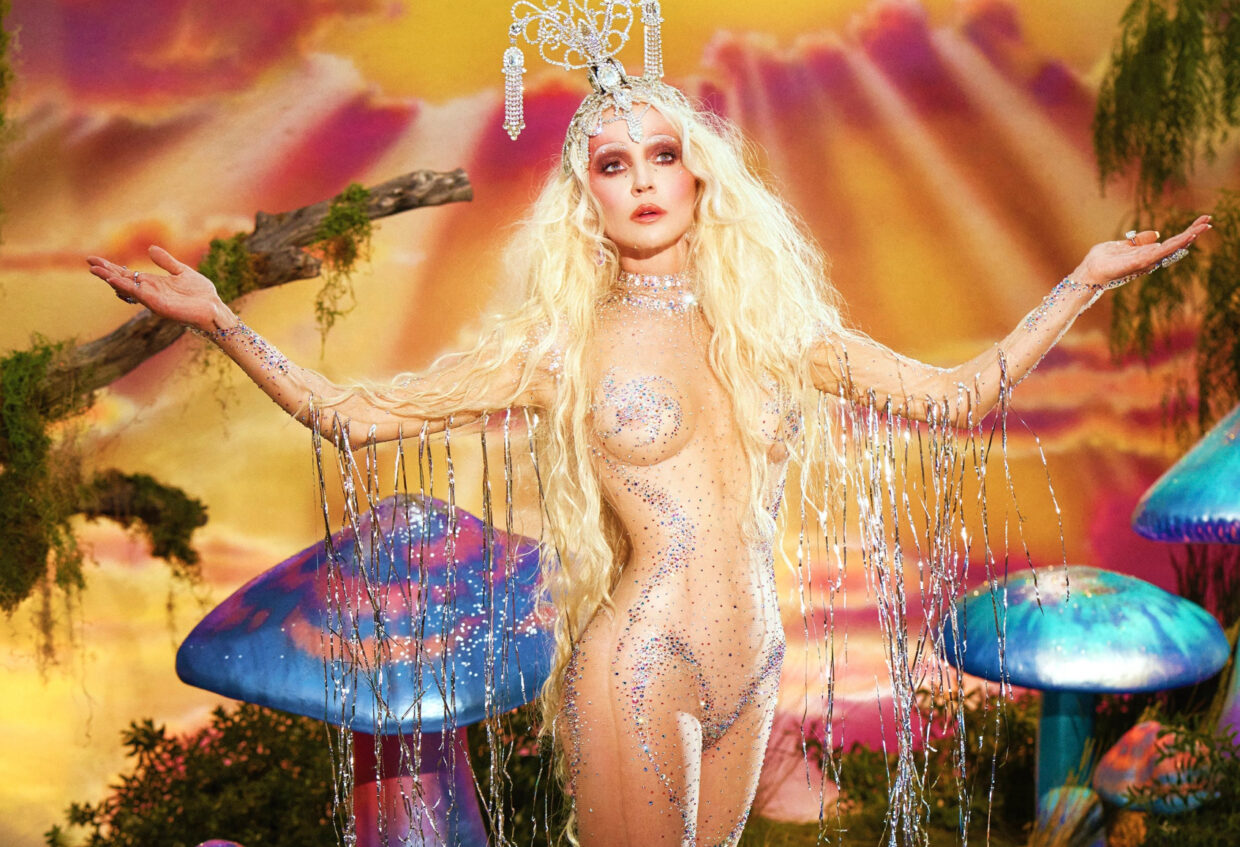 The video tells the tale of a decadent romance between an older woman and a young, angelic man. Guinness and her lover appear in plenty of gilded, campy outfits and environments, fitting for the song’s disco influence. As their love grows, she remains the same age, but the man ages, until he appears close to death at the end of the video. Nevertheless, she remains by his side, taking care of him in his elderly age.

“I really wanted to do something escapist,” LaChapelle tells Rolling Stone. “And this idea of an incredible romance, this impossible romance that you see in movie and you see on TV growing up, and everybody like longs for – it’s the sort of romance that never dies.”

Guinness sees the excess and otherworldliness in the video as “a kind of metaphor for what’s going on now.”

“It feels like everything’s kind of deeply unstable,” she says. “[Especially] in the West, with the idea of liberalism at large. It’s like some world shaking underneath one’s feet.”

“Heaven” appears on Guinness’ new album Revelations, which was released this past August. In March, Guinness and LaChapelle released a three-part video series based on the themes in Revelations.