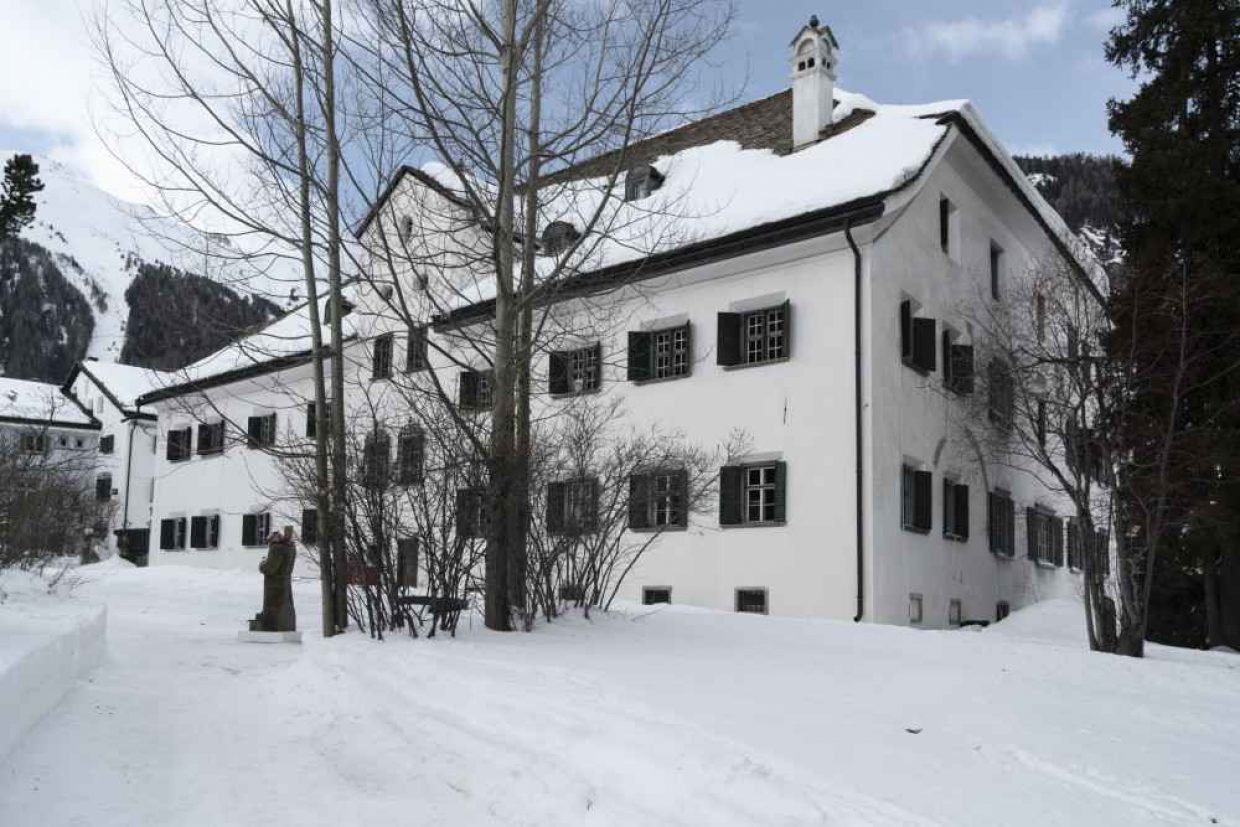 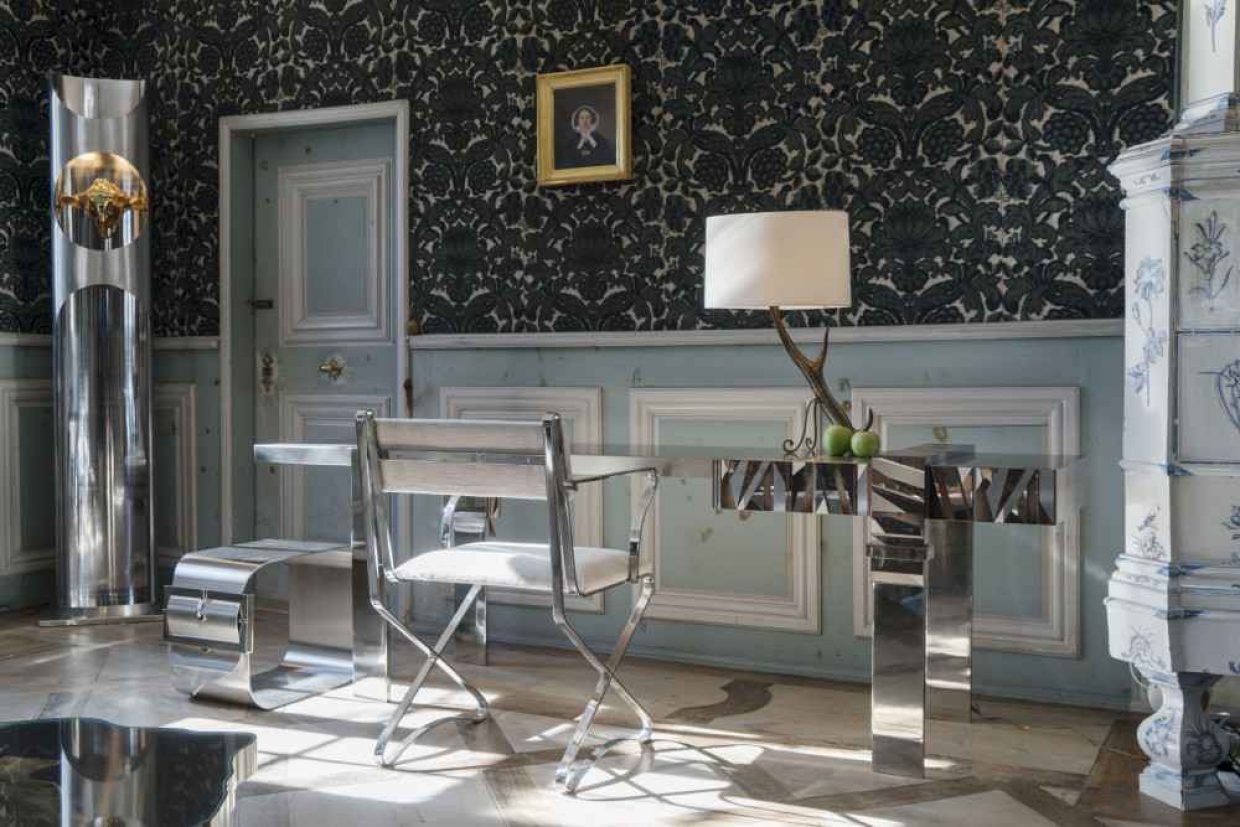 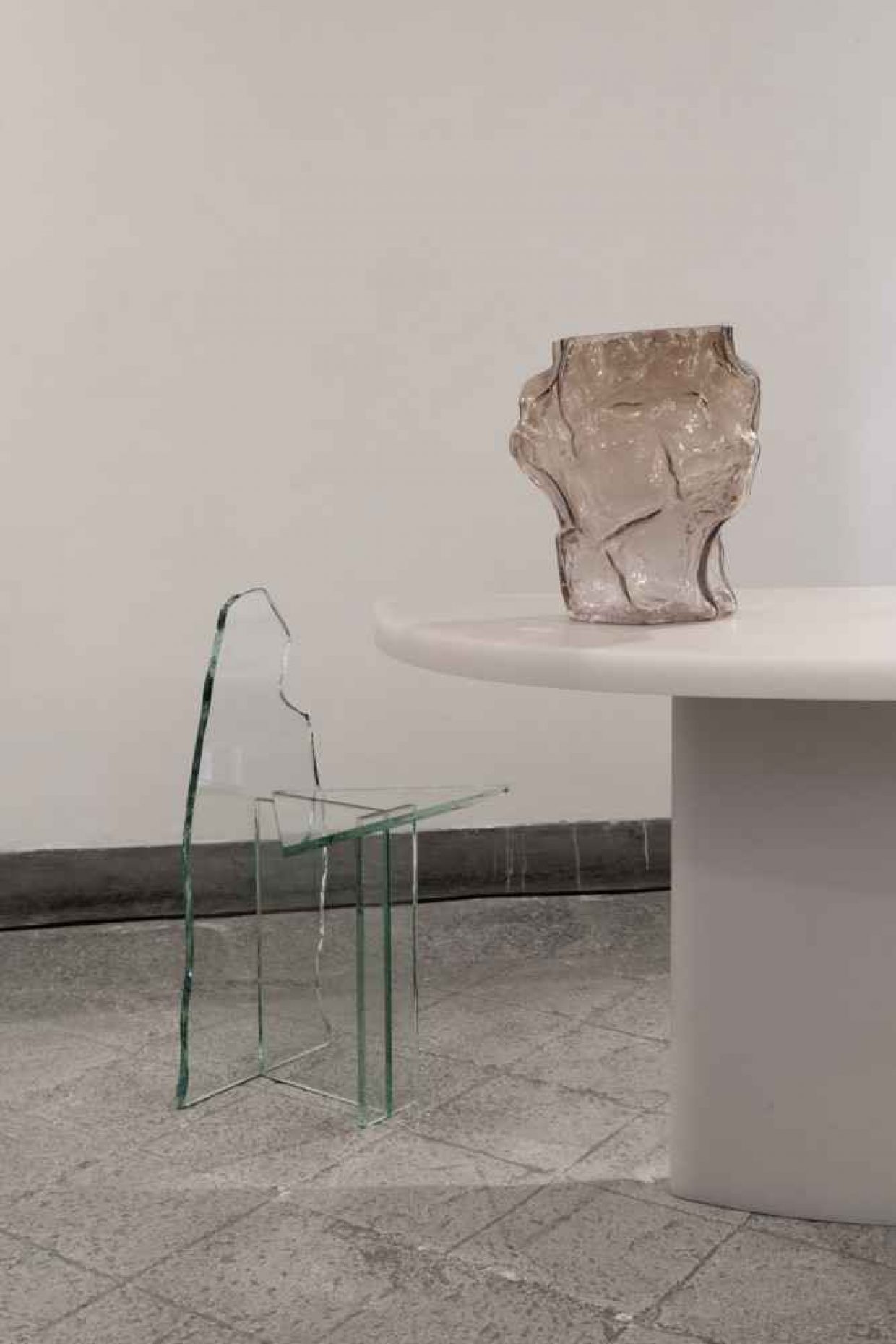 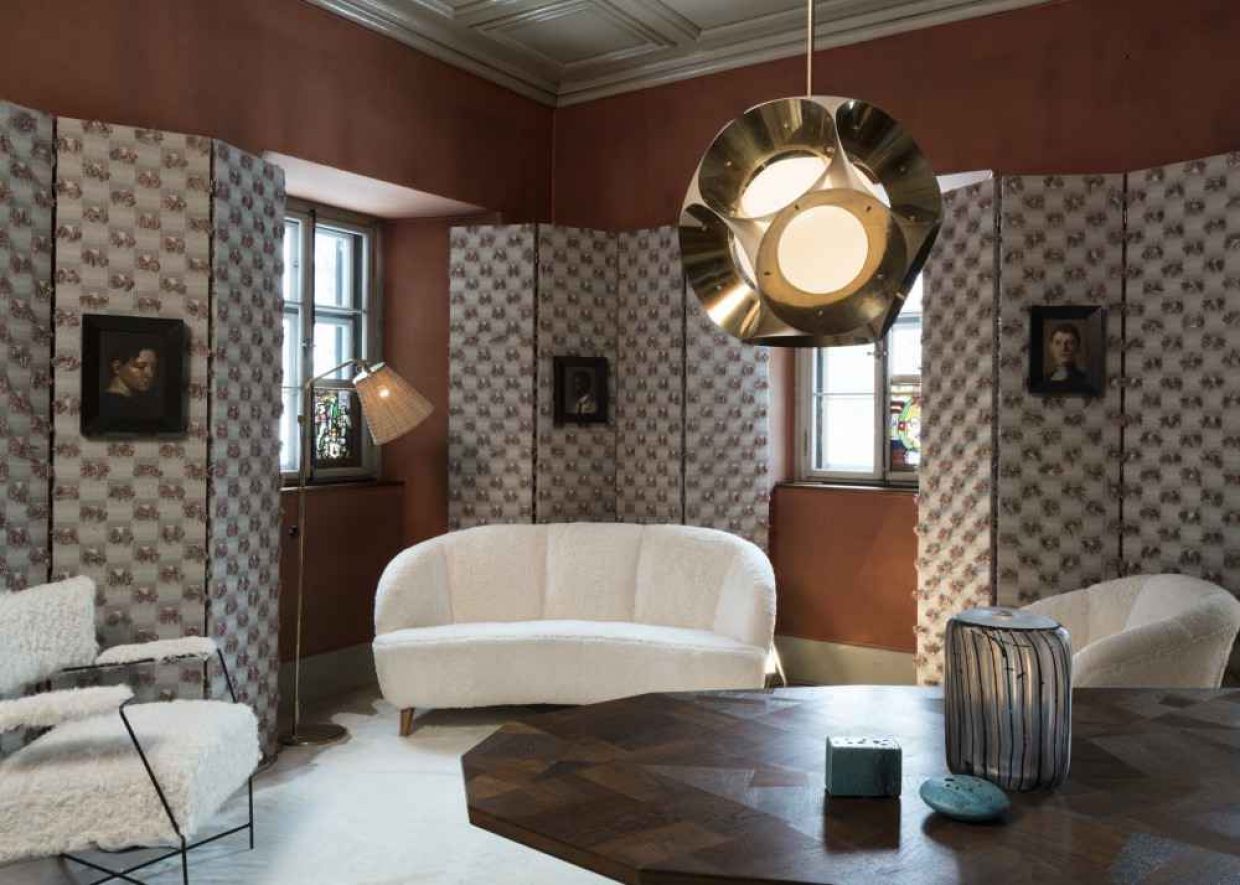 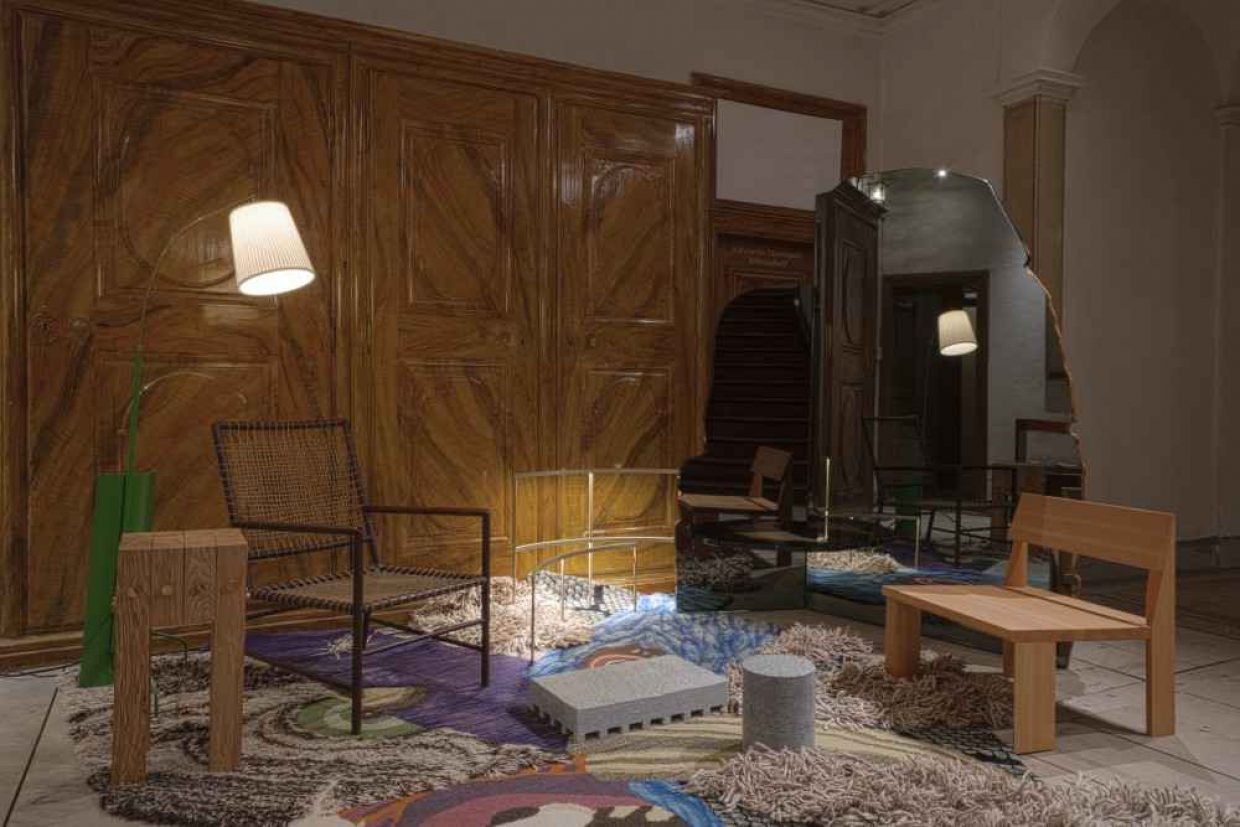 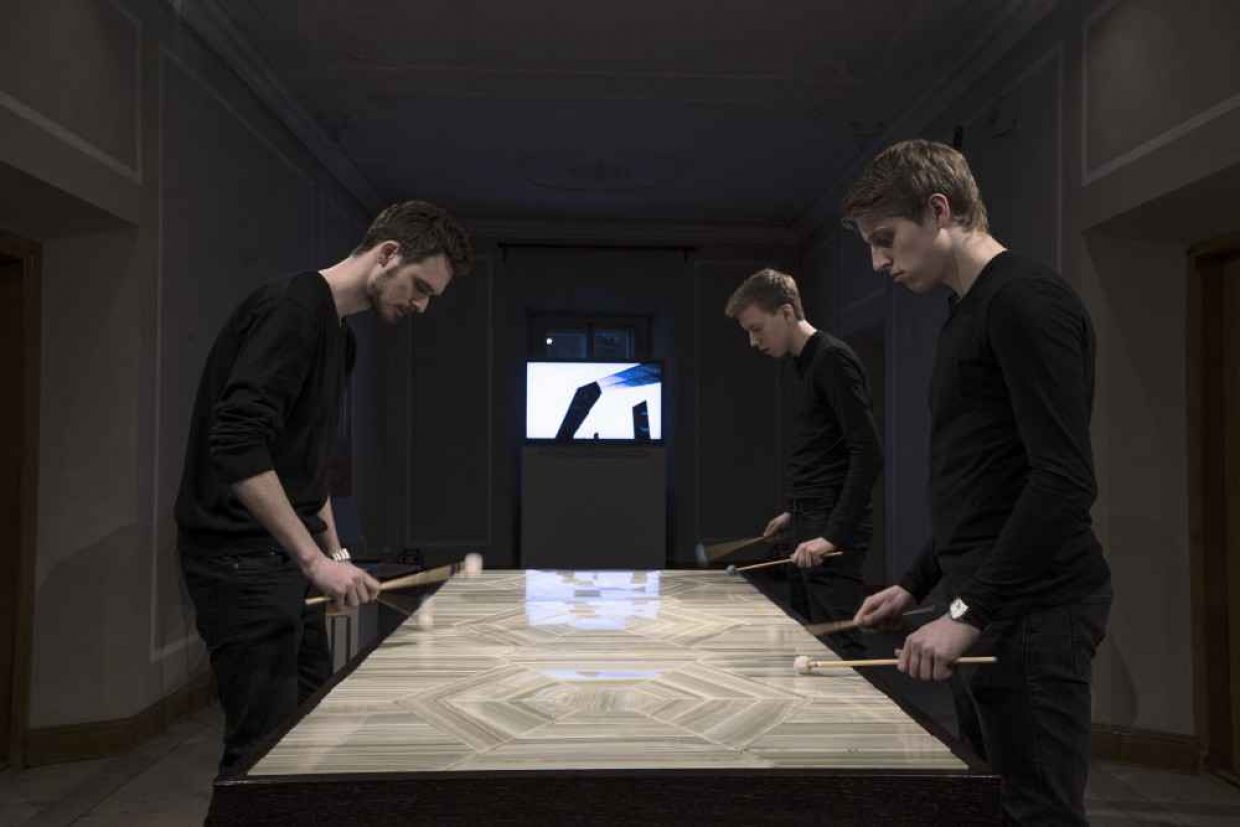 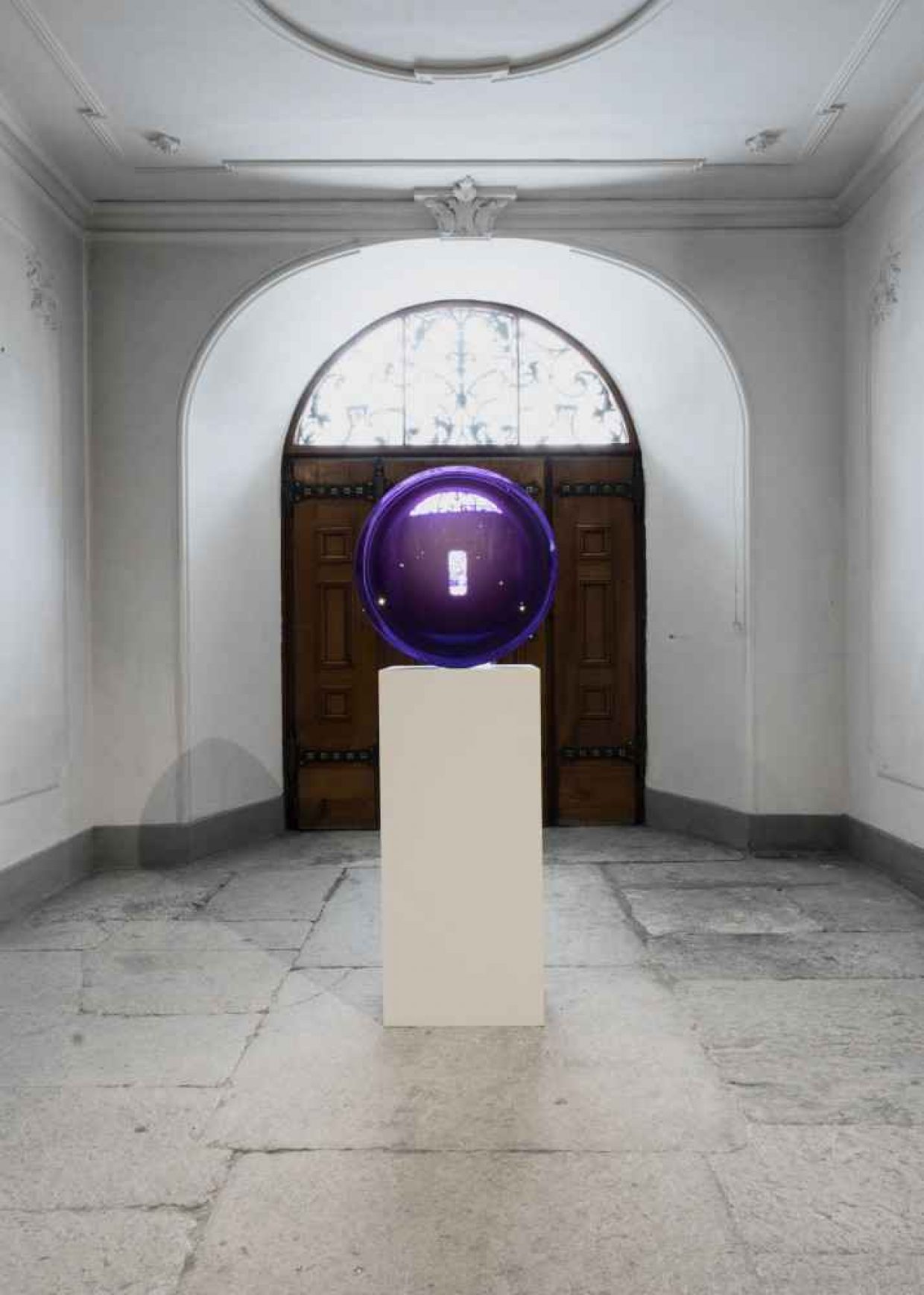 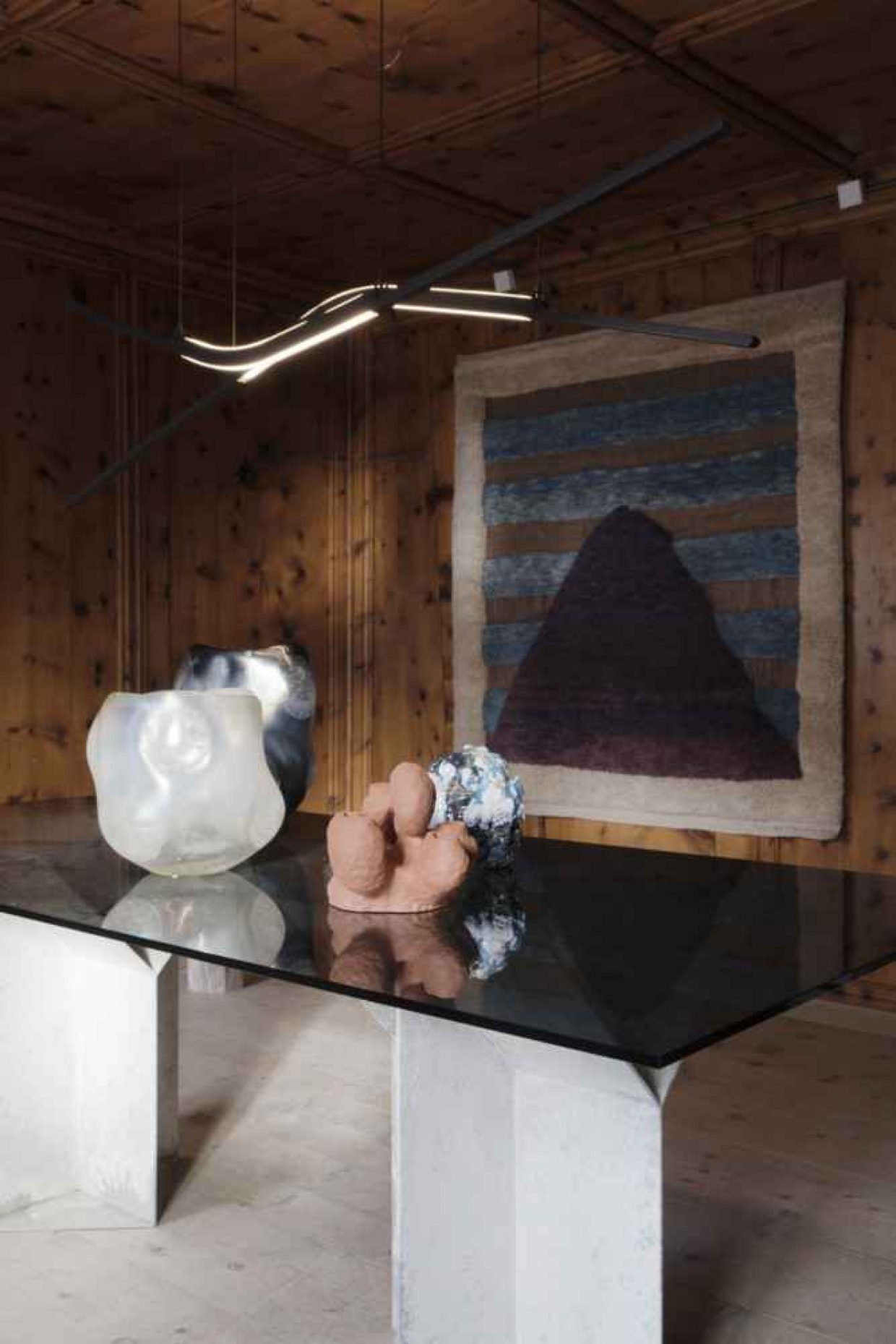 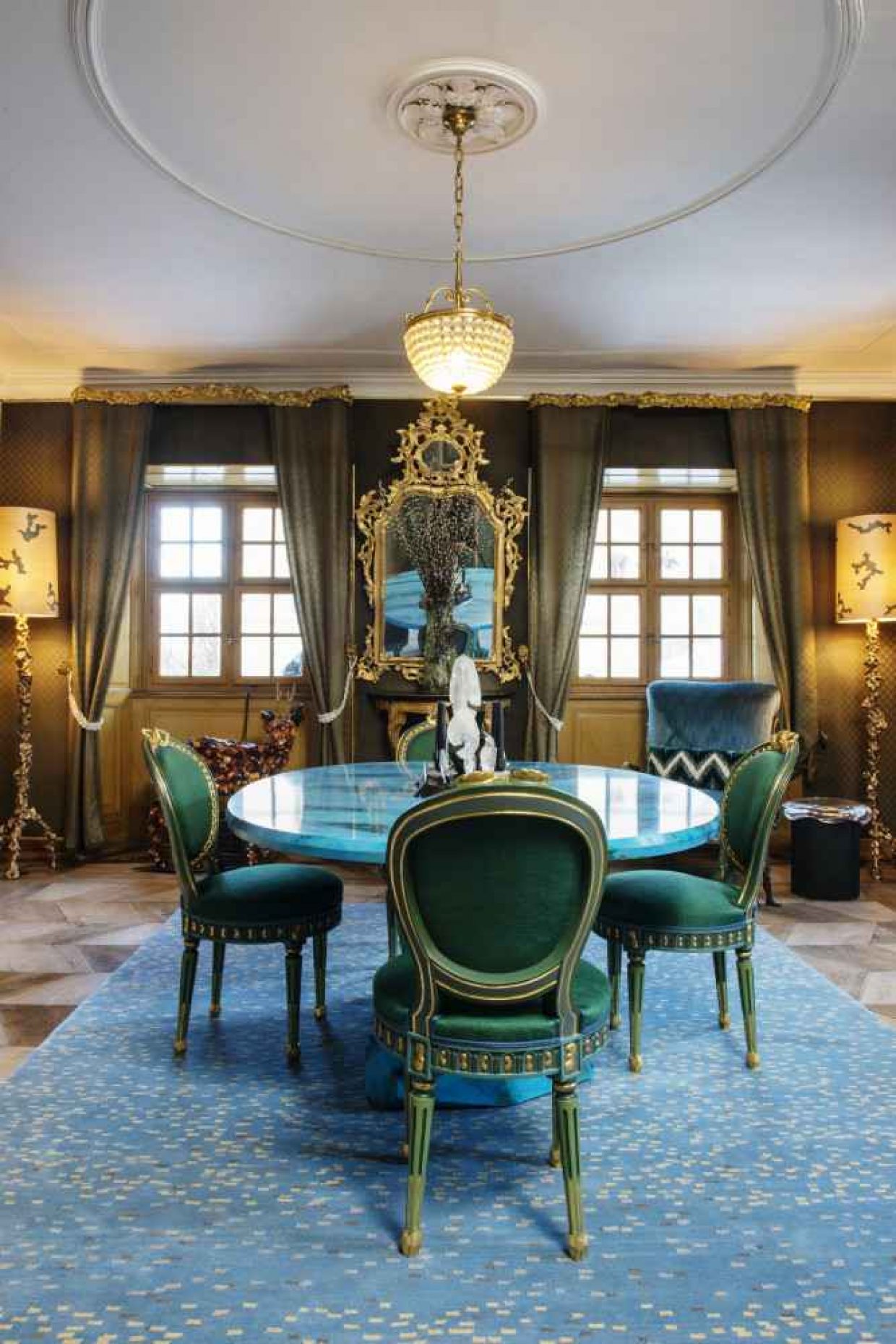 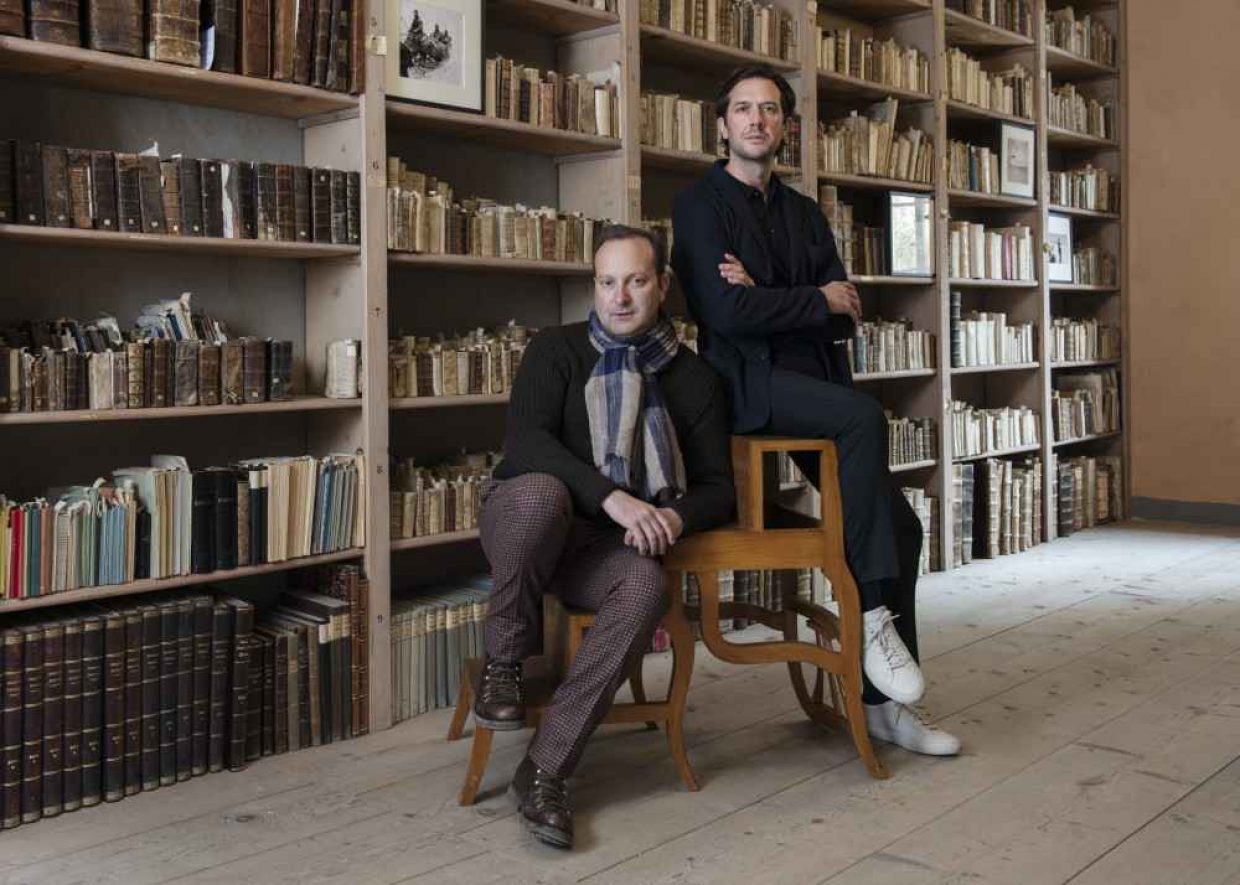 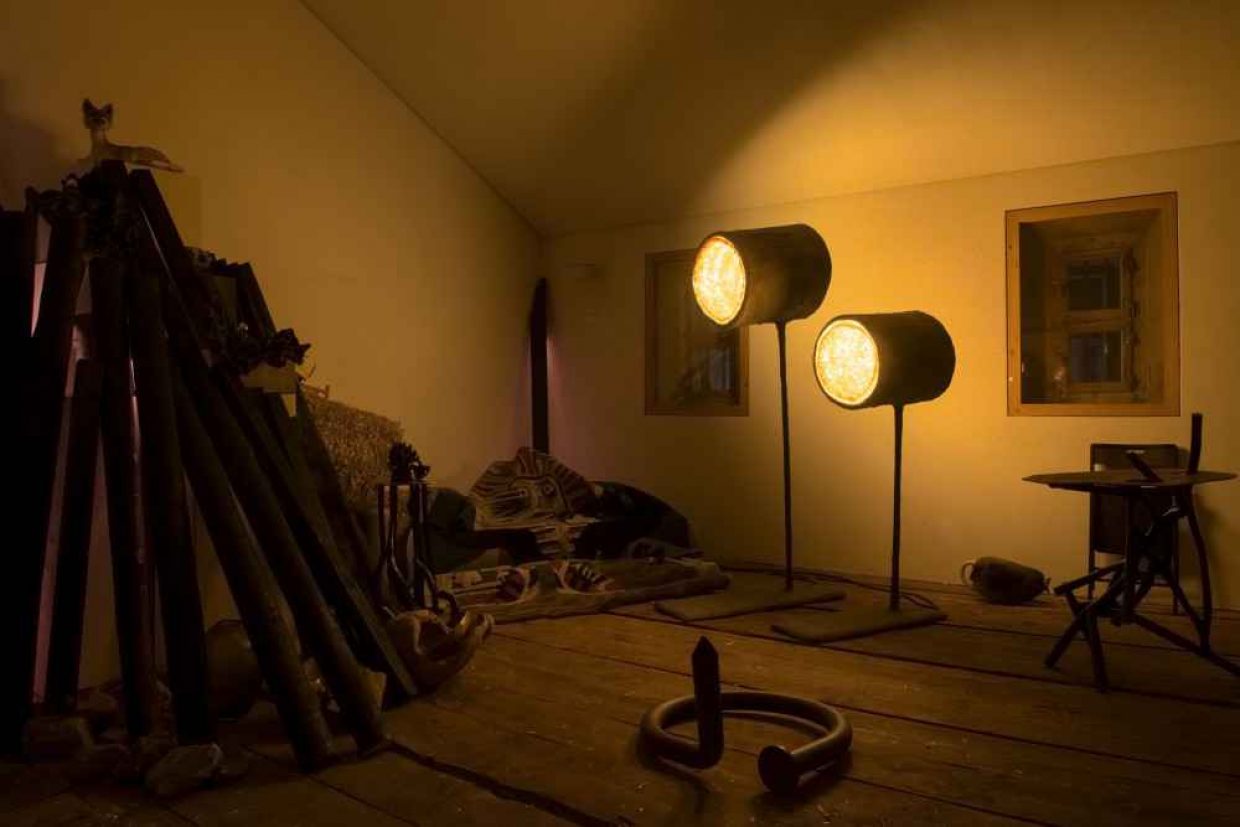 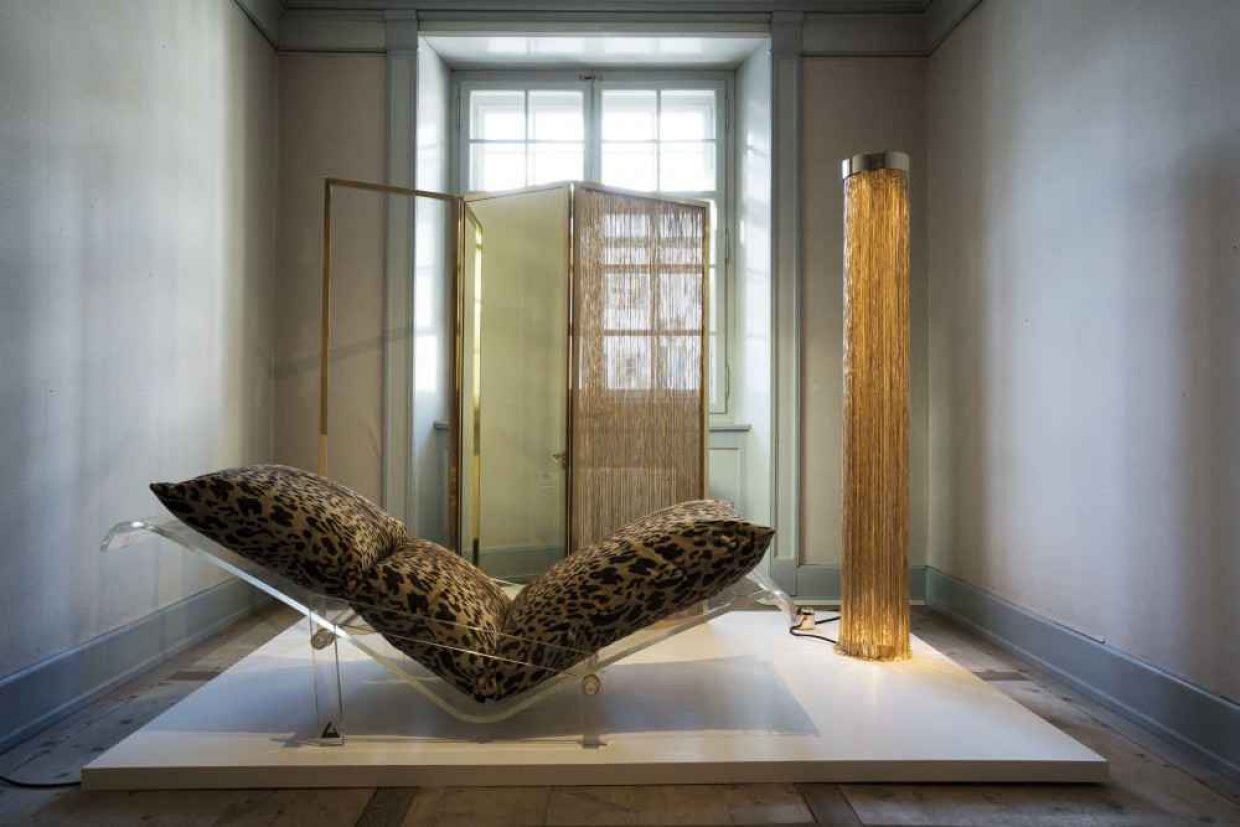 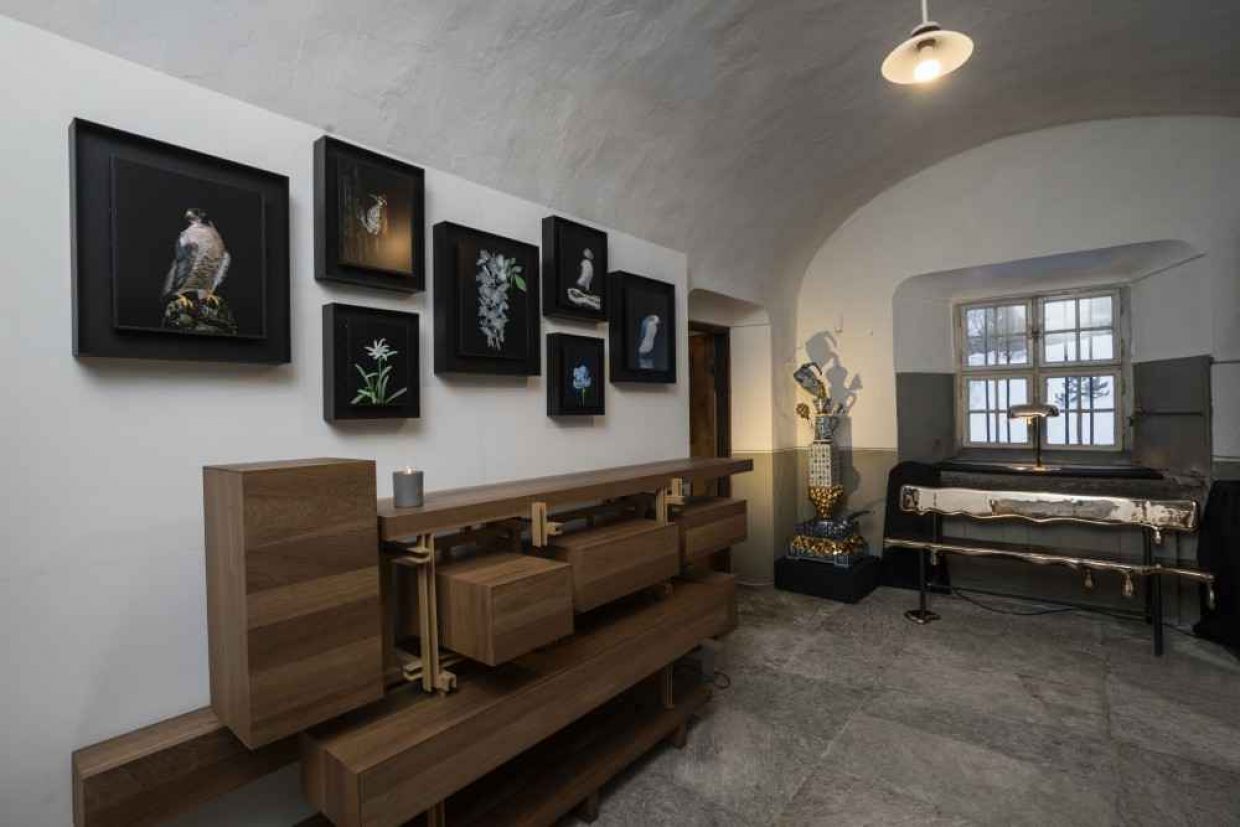 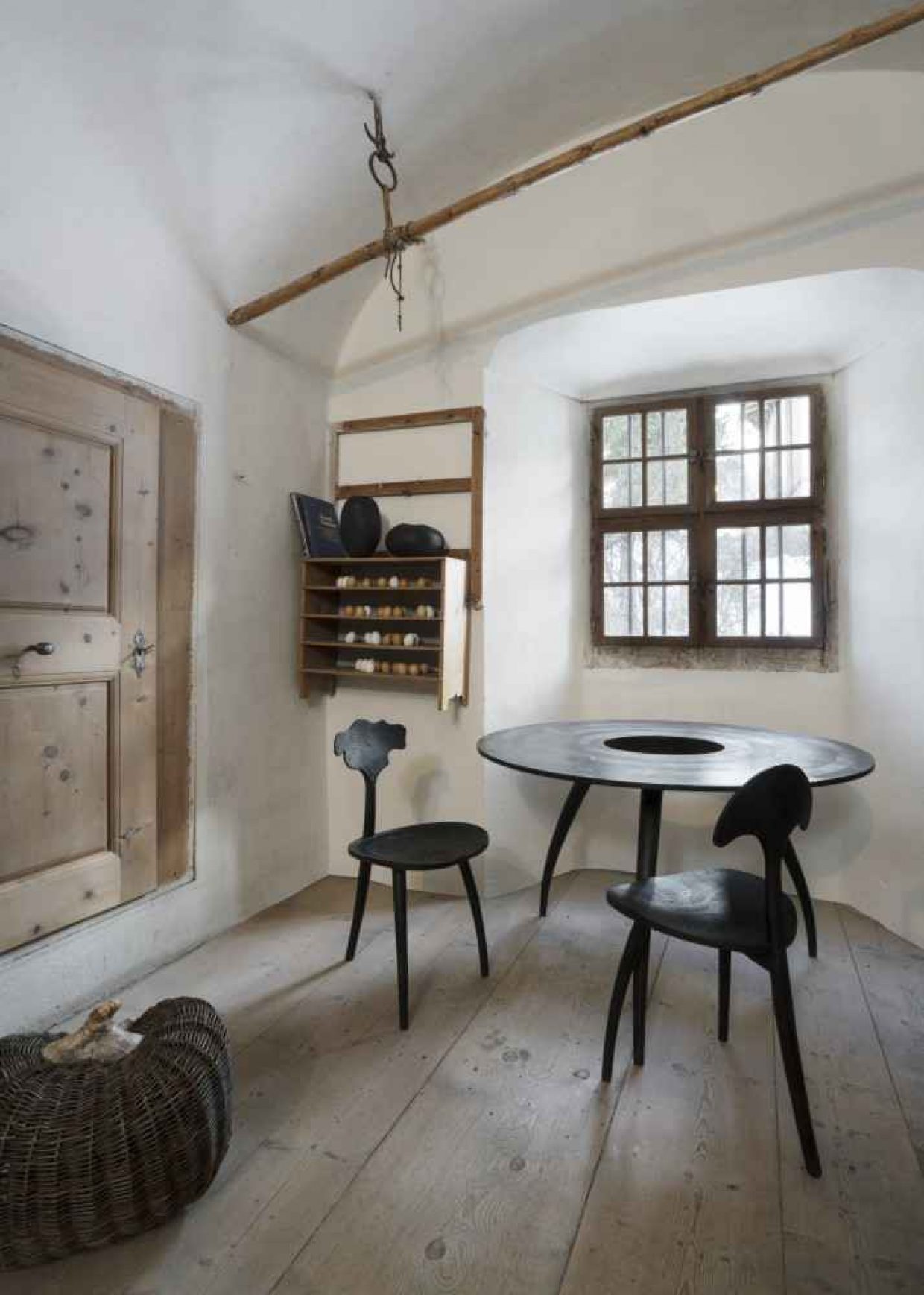 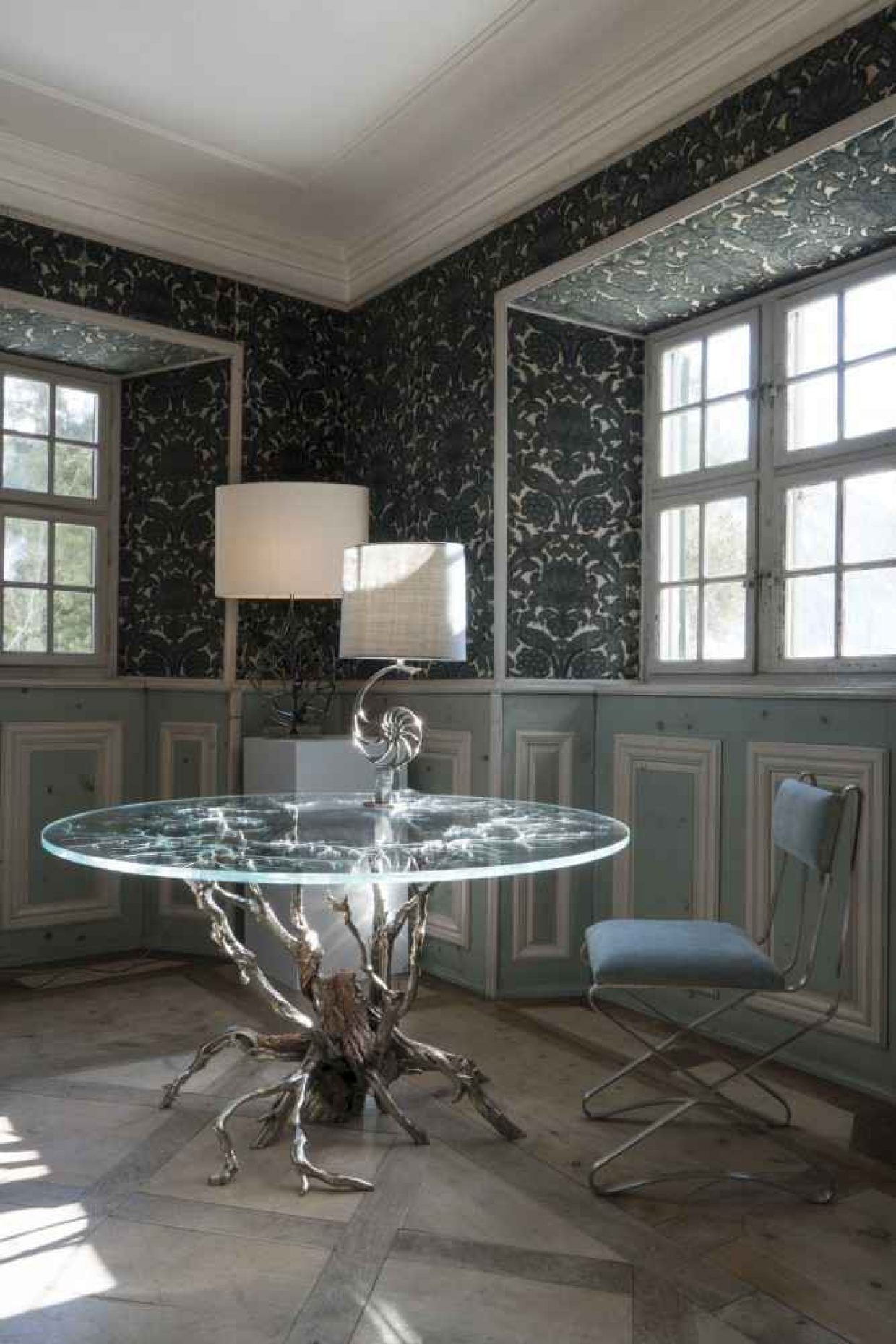 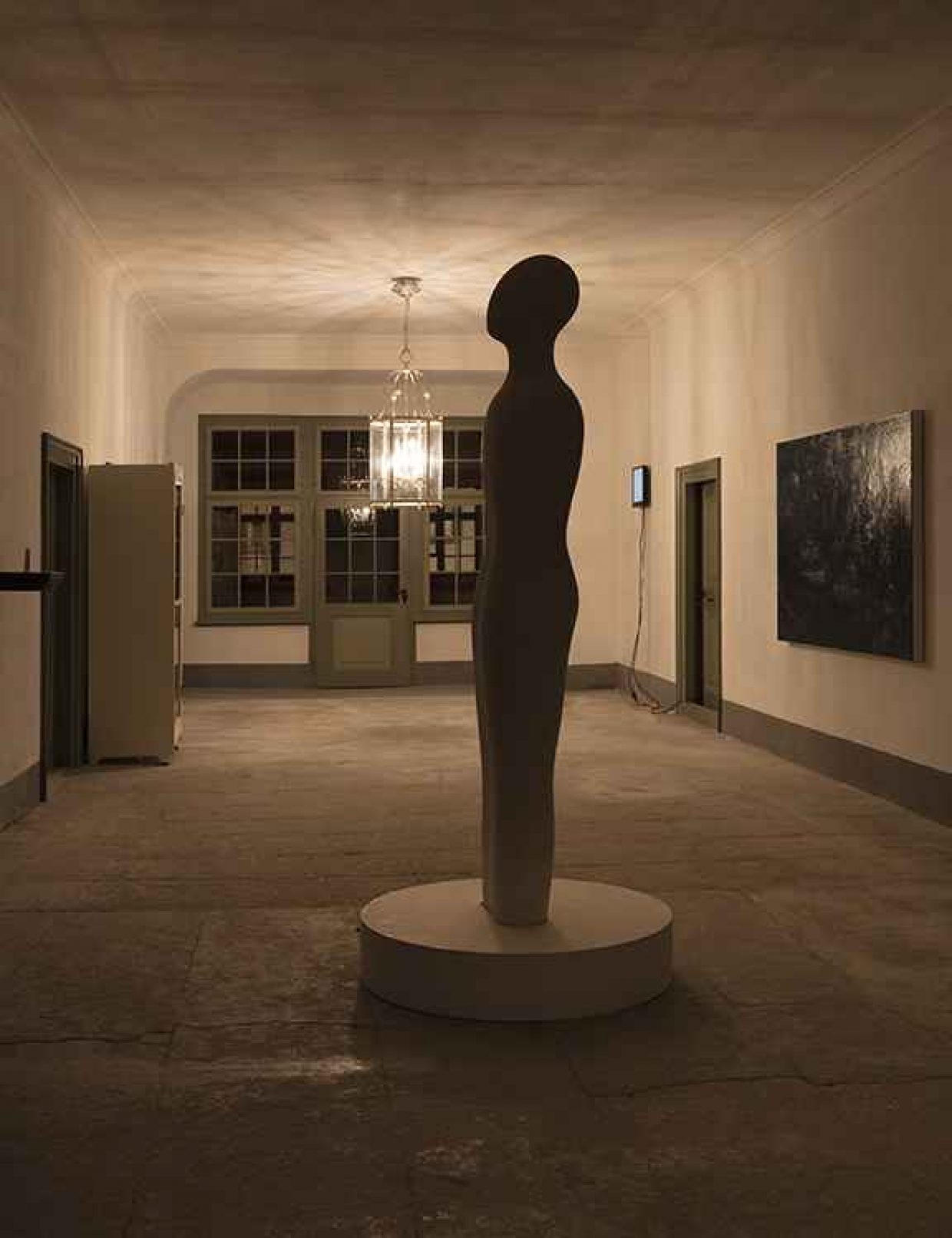 CALL OF THE ALPS: NOMAD IN ST. MORITZ, BY DAN THAWLEY

The Engadin region of alpine Switzerland is a somewhat magical place — its majestic natural landscape accented here and there by whimsical villages dotted with pastel-colored lodges or architectural jewels by the likes of Norman Foster and Oscar Niemeyer. The latter are inhabited — at least for part of the year — by the kind of cognoscenti who have been attracted by this picturesque enclave of wealth for centuries and who today find themselves hobnobbing with the international jet-set of grand old hotels like the Kulm, Suvretta House, and Badritt’s Palace. Just outside the region’s exclusive ski fields of St. Moritz lies the charming village of Samedan and within it an ornate patrician house named Chesa Planta, built in the 1590s for an aristocratic family and preserved as an active museum. The building houses one of the region’s most important libraries for literature in Romansh, the local Rhaeto-Romantic language still spoken today. Most parts of Chesa Planta, however, remained closed to the public until last weekend’s edition of NOMAD, an exclusive and delightfully eccentric salon of art and design galleries invited to exhibit in and around the building’s lavish confines.

Founded by St. Moritz local Giorgio Pace and Franco-Canadian architect Nicolas Bellevance-Lecompte, the four-day fair saw 20 of the world’s most prestigious and cutting-edge galleries take turns in interpreting the unusual fair’s mountain setting, some returning to the NOMAD concept after its début held in Monaco’s Villa La Vigie in April 2017. Far removed from the trade show version of a white cube that constitutes the reality of most fairs, the Chesa Planta provided ample possibilities for artists, designers, and gallerists such as Maniera (Brussels), Sara Myerscough (London), Priveekollektie (London and Heusden aan de Maas), to name but a few, to respond to their surroundings. Some chose to formalize their offer with fully-realized spatial concepts — like David Gill’s jewel-like dining room packed with lavish bespoke pieces, like Mattia Bonetti’s handpainted table — however each of the Chesa Planta’s exhibition spaces came with their own idiosyncratic design features (from original porcelain furnaces and wallpapers to ornately-painted wall paneling) allowing gallerists to play chosen works off the existing environs to maximum effect. In a sunny corner salon, New York gallerists Suzanne Demisch and Stéphane Danant of Demisch Danant showed a suite of cult French designer Maria Pergay’s more recent works, the exaggerated scale of her Surrealist brushed steel pieces complementing their duck egg blue surrounds with a prismatic light show of winter sunlight. Nearby, Copenhagen-based Etage Projects exhibited newly-commissioned works in a most appetizing harmony of opaque and transparent surfaces, from Soft Baroque’s crushed brass sconces and stools to Sabine Marcelis’s pearly resin table and a pair of jagged triangular glass chairs by Guillermo Santoma.

The Belgian antique dealer Yves Macaux transformed one of the smaller rooms into a Secessionist wunderkammer, exhibiting original Josef Hoffmann, Egon Schiele, and Adolf Loos masterpieces from a malachite-tipped cutlery set to a gilded card table (surely one of the fair’s most expensive works, at 1.5 million euros), the latter framed by his partner Jennifer Shorto’s Wiener Werkstätte-inspired curtain in gridded burgundy linen. On the house’s lower level, another precious table became the site of regular musical interventions, as Galerie Eva Presenhuber showed Doug Aitken’s Marble Sonic Table crafted in panels of green Afghan alabaster replete with a trio of musicians ready to play its hexagonal “keys” like an intricate xylophone.

The witty combination of artworks and design objects has became one of NOMAD St. Moritz’s key conceits (something other design fairs are keen to avoid), causing Nina Yashar of Nilufar Gallery and Massimo De Carlo (both from Milan) to provide a refreshing twist on their own rosters; Yashar by juxtaposing Markus Schinwald’s eerie portraits against plush fil coupé screens upholstered in Cymbaline fabric by Tibor Reich, and De Carlo in the eclectic curation of porcelain from the likes of Gelitin, Karin Gulbran, and Josh Smith alongside Carsten Höller’s sleeping, lime-green reindeer, and a magnificent fiberglass Diego Perrone. Over at Almine Rech, a pair of spiky totems by Artur Lescher nearly scraped both floor and ceiling, their Brazilian minimalism perfectly harmonizing with designer Max Lamb’s perforated copper dining set.

On the upper floor NOMAD co-founder Giorgio Pace presented an exhibition he curated together with Rita Selvaggio and themed around winter’s mythological hold on the human spirit. Entitled A Mind Of Winter, it explored the season’s tangible as well as metaphoric concepts, unfolding in pitch black with guests invited to visit the space guided by multi-colored handheld lights designed by the famed French “lightician” Thierry Dreyfus, allowing the viewer an autonomous chromatic perspective of each piece. Quiet highlights included Enzo Cucchi’s pagan animal bronzes and Goshka Macuga’s portrait vases, whilst Louise Bourgeois’ twin Janus mobiles from 1968 lent the winter theme some monumental gravitas.

Whilst Pace and Selvaggio’s show abandoned design altogether for art curation in its own right, filmmaker/curator Mafalda Millies took over a nearby tower hors les murs, in an effort to combine design pieces from a selection of NOMAD’s galleries in a site-specific install. Engineered to be viewed from dusk until dawn, Millies’ accumulation of chairs, tables, pottery, lamps, and small art pieces (Thomas Grünfeld’s hybrid fox vs. fawn taxidermy watched from above) created a metaphorical “pyre” in the 800-year-old Fundazion La Tuor, to which she invited guests to add personal items — perhaps a glove or a scarf? she mused — in a symbolic gesture of participation. With schnapps provided amongst bales of hay, it epitomized the fair’s surprisingly inclusive atmosphere — one that transformed Samedan into a four-day whirlwind of world-class design thinking, its provincial-yet-HNWI charm still fully intact.