Through a computer-generated time-lapse study, Sea of Tranquility captures the 1969 Apollo 11 spacecraft and American flag planted on the moon in a state of gradual disintegration. The sound, culled from recorded radio transmissions between mission control and the lunar base, is removed of all dialogue so that only the beeping radio carrier signals, static, and interference are audible. Representative of the decay of American idealism from the 1960s till present day, the film compresses years into seconds, beginning with the iconic original image transmitted on television and ending as an evocative depiction of the idle rubble that remains. More 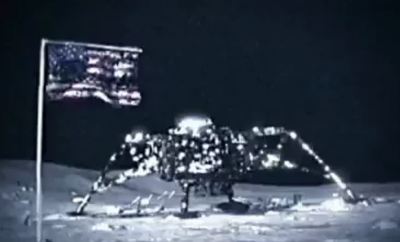