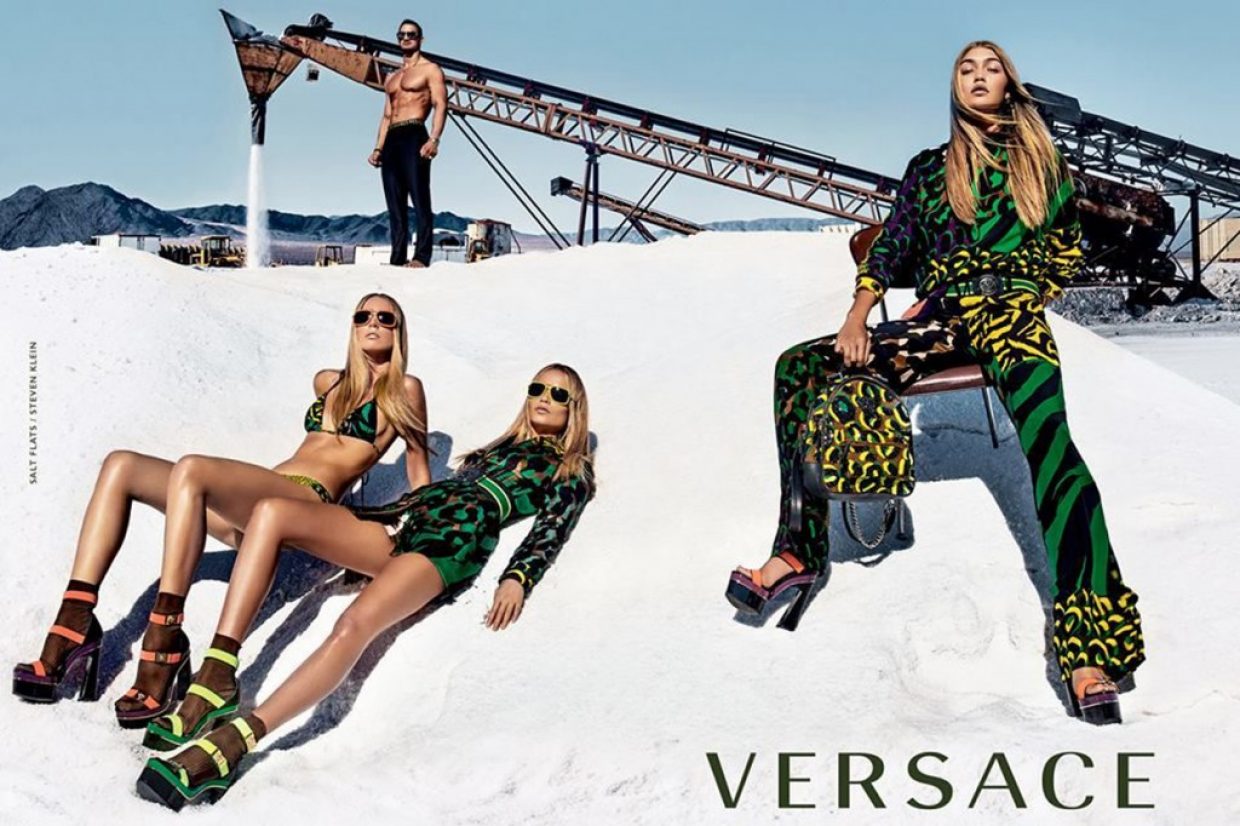 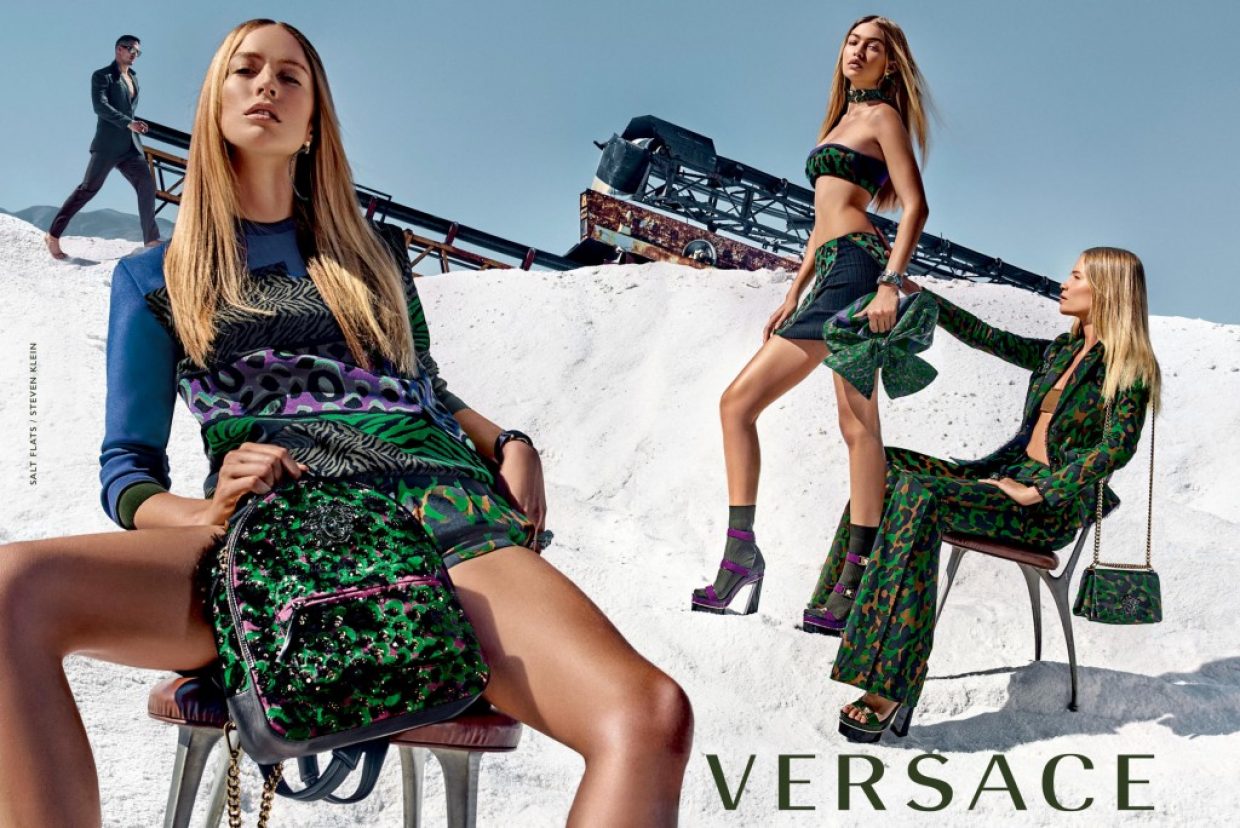 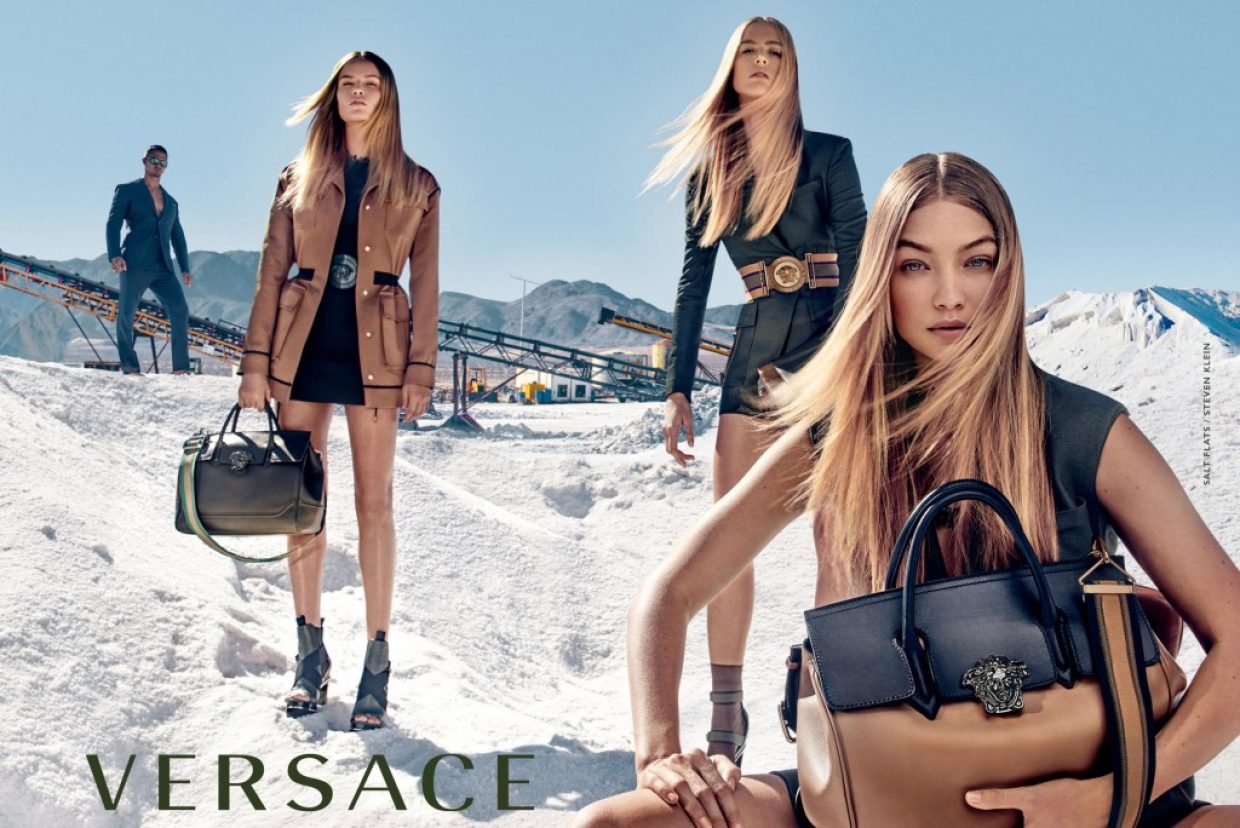 For their Spring 2016 ad campaign the house of Versace has once again teamed up with longstanding agency GB65 and their Creative Director Giovanni Bianco. This time Bianco has the brand working the mines, as in the salt mines that is.

The campaign was lensed by Steven Klein and marks the first time the photographer has shot for the house. Set against the pristine white of the California salt flats, the campaign features Gigi Hadid, Raquel Zimmerman, and Natasha Poly. Hadid appears to be this season’s model of the moment spearheading two early campaign releases in Versace and Stuart Weitzman. For men’s the house enlisted martial arts expert Lukasz Grabowski along with Benjamin Benedek and Nathaniel Vissier.

In this new campaign, the Versace man is at his most dramatic, fearless and strong. He is a man of his own mind, no matter where he finds himself.
– Donatella Versace