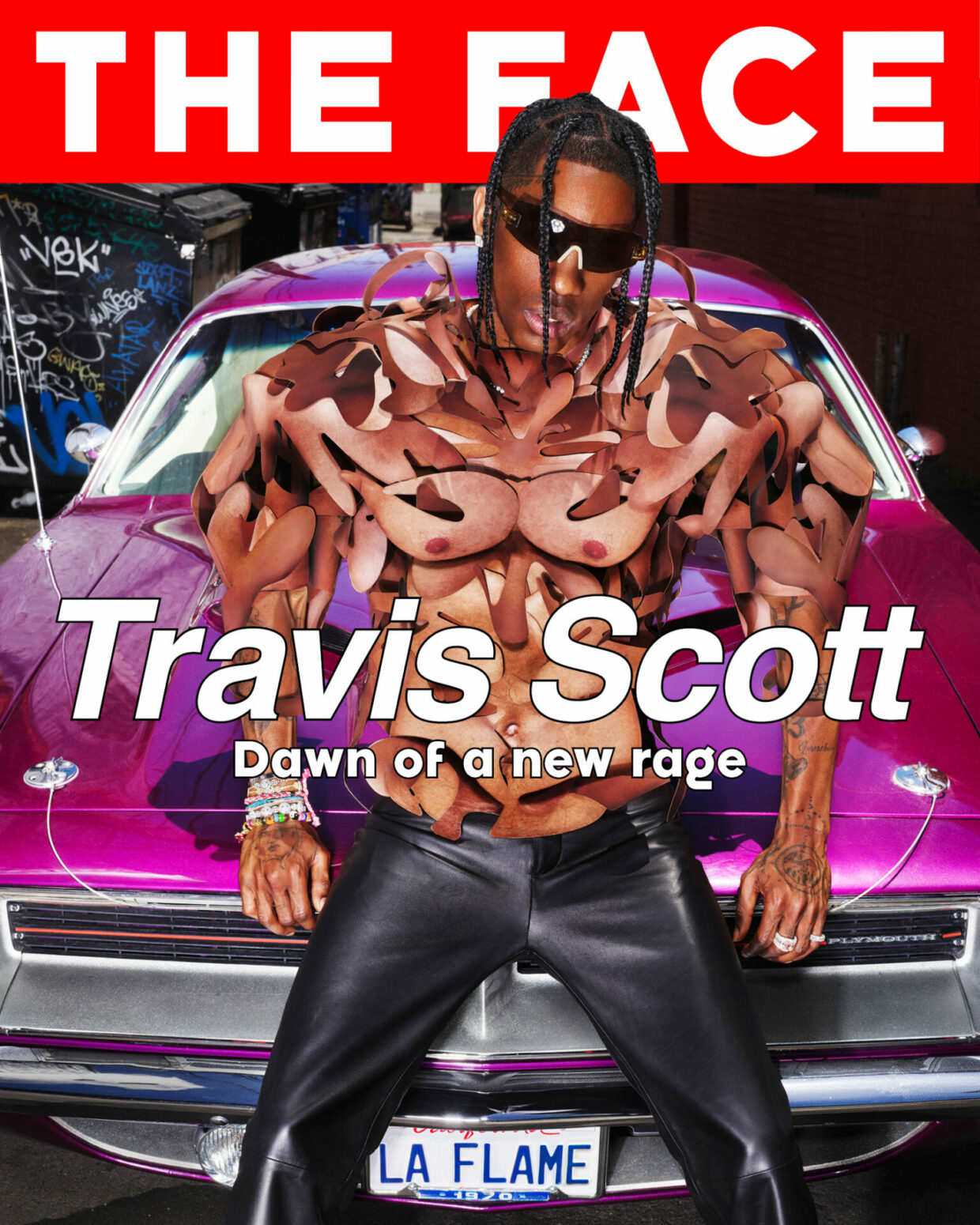 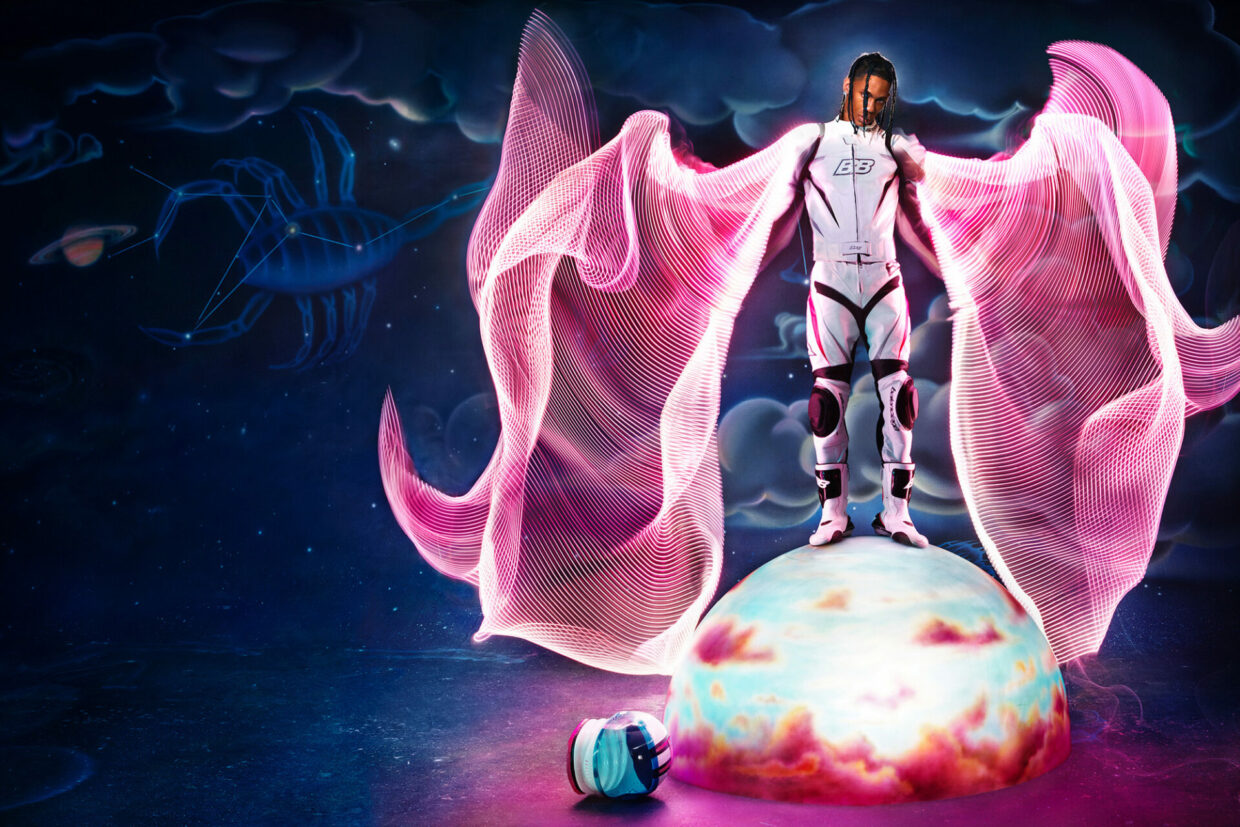 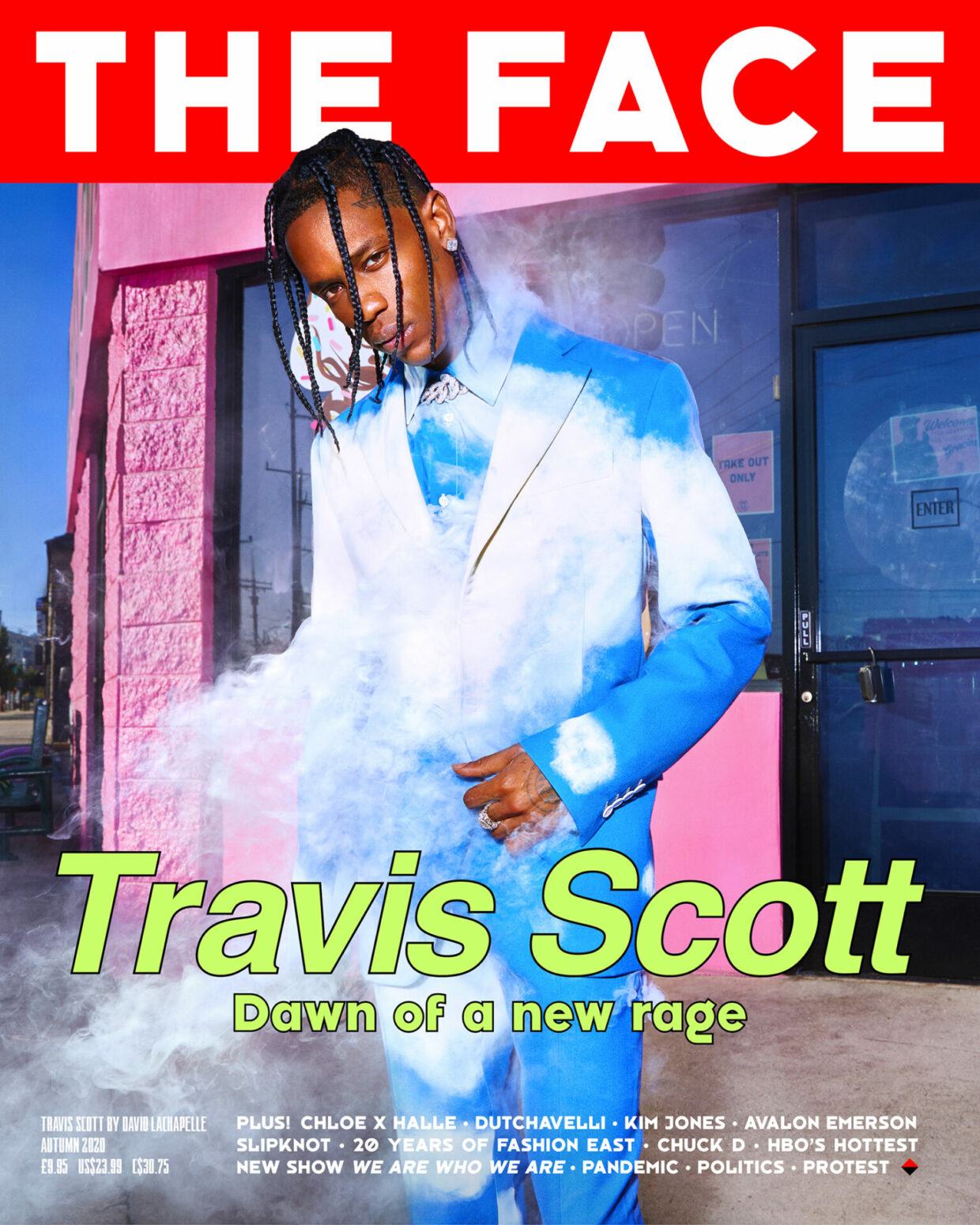 Is there a bigger celebrity on the planet than Travis Scott? The “Sicko Mode” rapper is one of the world’s most-streamed musicians and influences elements of culture ranging from blockbuster cinema to food to clothing to — of course — footwear, without compromising his often-imitated creative aesthetic. That comes into play in his new cover story for The Face, but Scott wants to make one thing clear first: since George Floyd’s murder, Scott is newly devoted to leading his audience in the direction of social justice.

“People are finally seeing the oppression that’s been happening and overlooked, and that we, as a culture, have been fighting through every day,” he told interviewer Ira Madison III. “We got a voice to try to make change. Allow me to help in any way.” These comments are interspersed amidst an editorial shot by David LaChapelle, who recently worked with Scott on Astroworld.

“People are listening, you know what I mean? And we want to try to make sure they understand that I’m a tool,” Scott said. “Let me know where we got to go show up. It’s a big picture. It’s like a lot of groundwork we got to do. I mean, look how many leaders we have in the Black community.”

Finally, Scott reflects on his spirituality and Kanye West mentorship. “My grandmother and my grandfather always kept me in that. My mom and dad always. For sure, a thousand per cent. I still find faith in everything. I mean, I’ve made records where I don’t curse. Not every song has to have a curse word in it for it to be good. And I think, even in the beginning, [Kanye’s music] was church-inspired, too.”

Of course, though Scott is the centerpiece, there’s much more happening in this issue: The Face has evaluated America’s swing states ahead of its presidential election, tailed Flock Together, chatted with Kim Jones and covered London’s Mr & Miss Nigeria beauty pageants.

“Pretty much everything we’ve touched on in this issue has somehow been impacted by pandemic, Black Lives Matter and the upcoming US election – and sometimes it’s at the intersection of all of these things,” said Stuart Brumfitt, editor, in a statement. “This year has been a lot, and like Cape Town’s Mikhailia Peterson says in our globe-spanning portfolio that tracks 20 twenty-somethings, we should all be in awe of ourselves for getting through it.”

Order a copy of the latest issue on The Face‘s website.

In the meantime, learn about the creatives behind your favorite merch — including some of Scott’s wares.