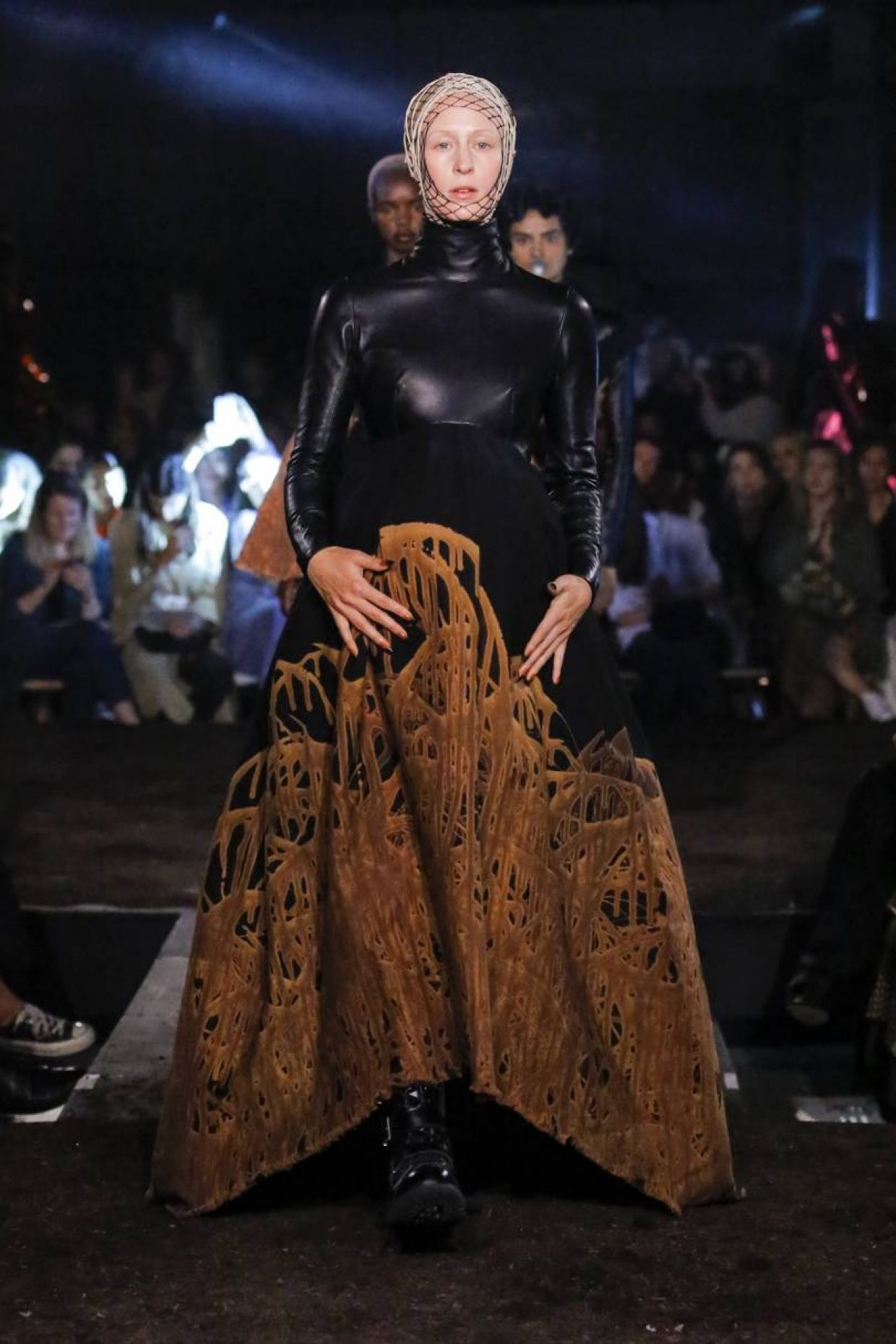 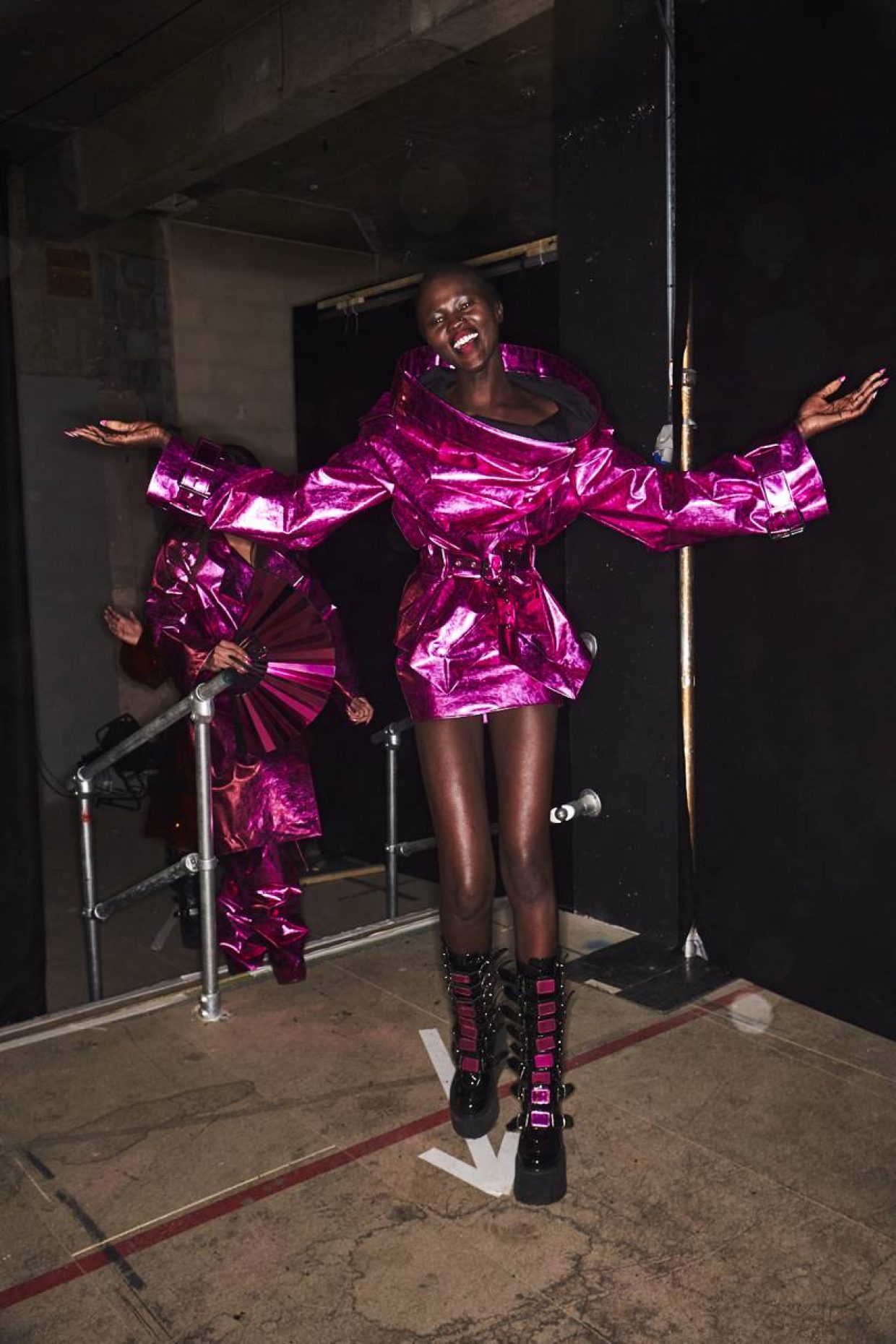 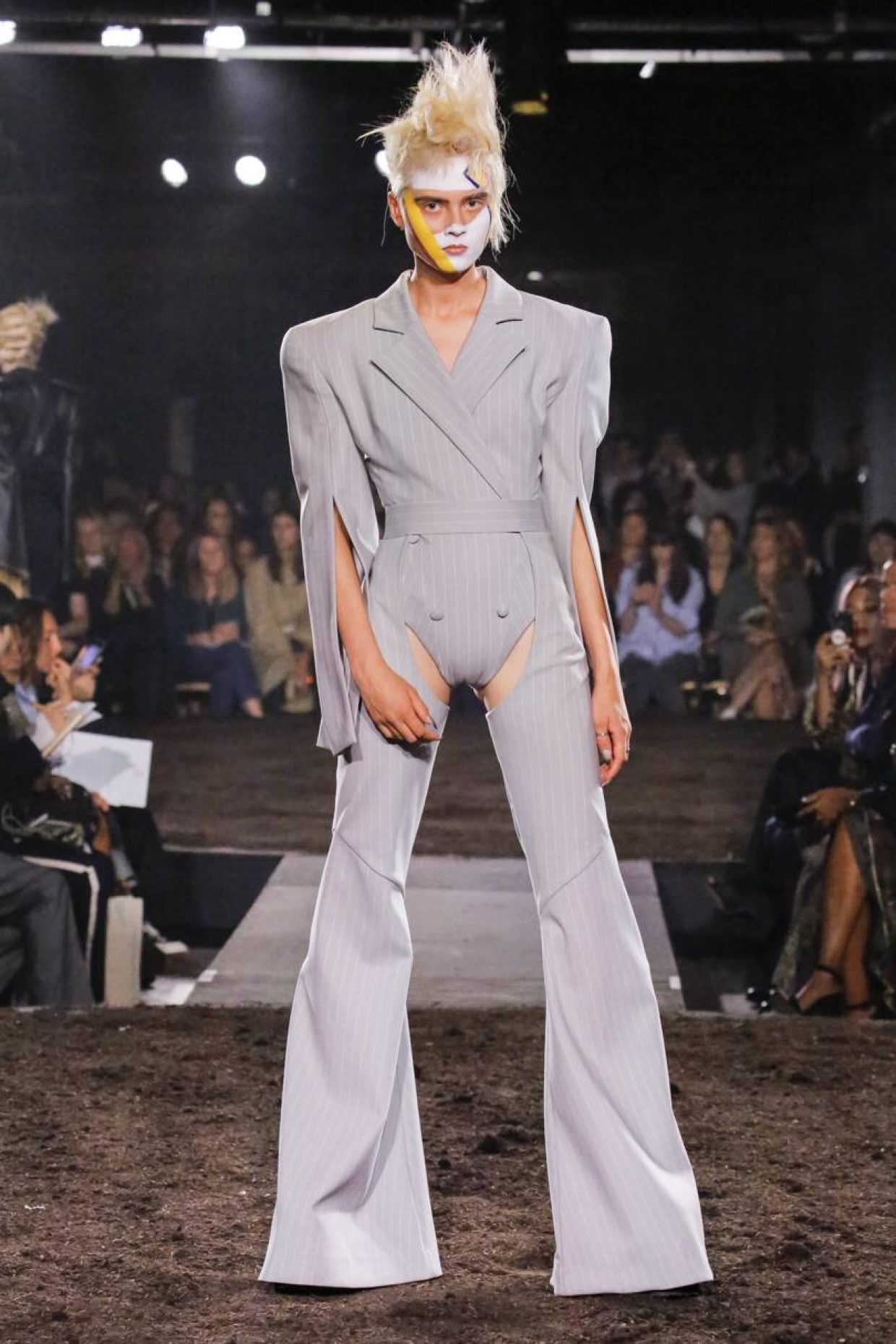 No shoulder is too wide or too sharp for Gareth Pugh, nor any reference to the 1980s club scene too obscure. And judging by a floor of earth and the expectant stomach of one of the models, the designer was aiming to giving birth to new ideas. His show notes even revealed that Stravinsky’s ‘Rites of Spring’ was buried in the soundtrack.

Yet at the heart of the show, presented like a modern ballet – dance having been the designer’s first love – was a single figure: Judy Blame, a hyper-creative person in London fashion in the 1980s who died earlier this year.

Pugh expressed his feelings in a eulogy: “Judy was uncompromising, ungovernable and fiercely anti-establishment – a creative extremist, who came up in the 1980s and 1990s when much of the culture was moving towards the shallow and the acquisitive, dumbed down, debased and dissociated from its primary purpose: creative expression. Judy was a counterpoint to that.”

There is no denying the exceptional and often unacknowledged contribution of Judy Blame. But somehow Pugh’s emotional connection and eagerness to deliver a eulogy with his collection was too complex to appreciate. The dramatic lighting had athletic bodies in stretch black and blood-red garments, also covering the head and face, moving in a balletic way in and out of light and shade. The only time the scarlet was let go, it ceded to an orange weave or shocking pink shiny materials.

Everything expressed not so much anger as an eager, urgent energy. Boots with more straps than you could count (especially with the chiaroscuro lighting) stomped through the dirt.

Add globs of scarlet over the mouth, the occasional punk updo and the recreation of the 1980s/1990s – and of course AIDS scourge.

In spite of a preliminary feeling that Pugh was looking back, this was a fine tribute to a fashion period and to his friend.