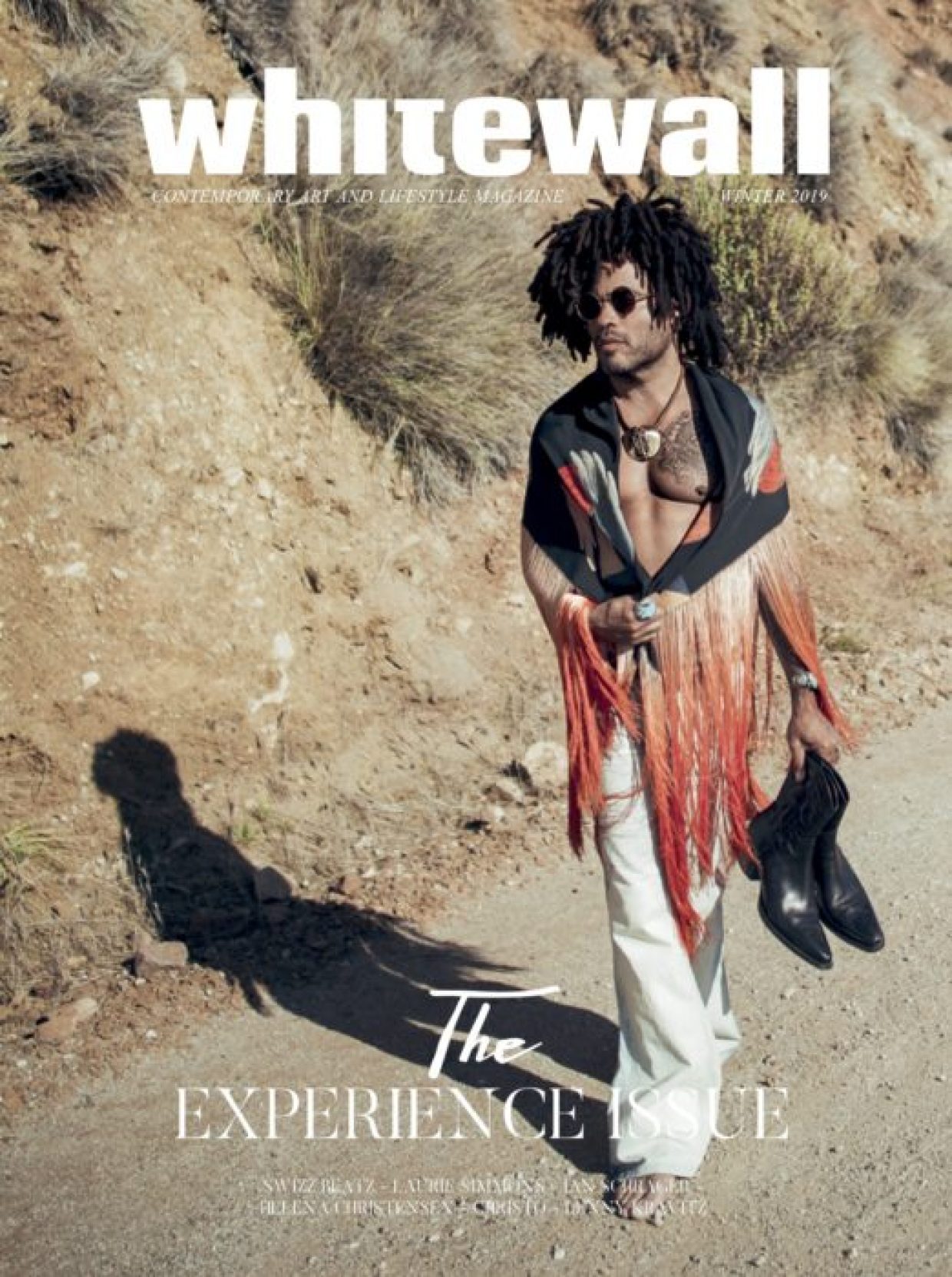 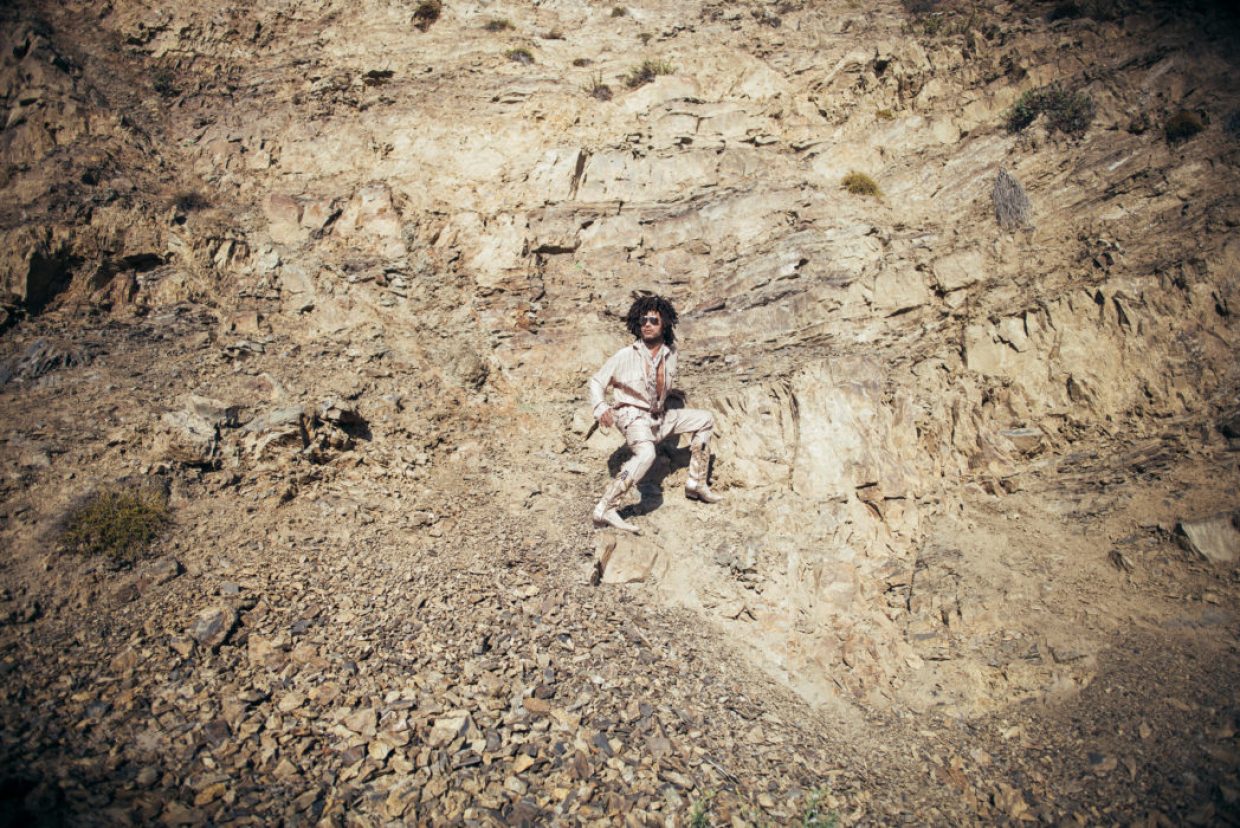 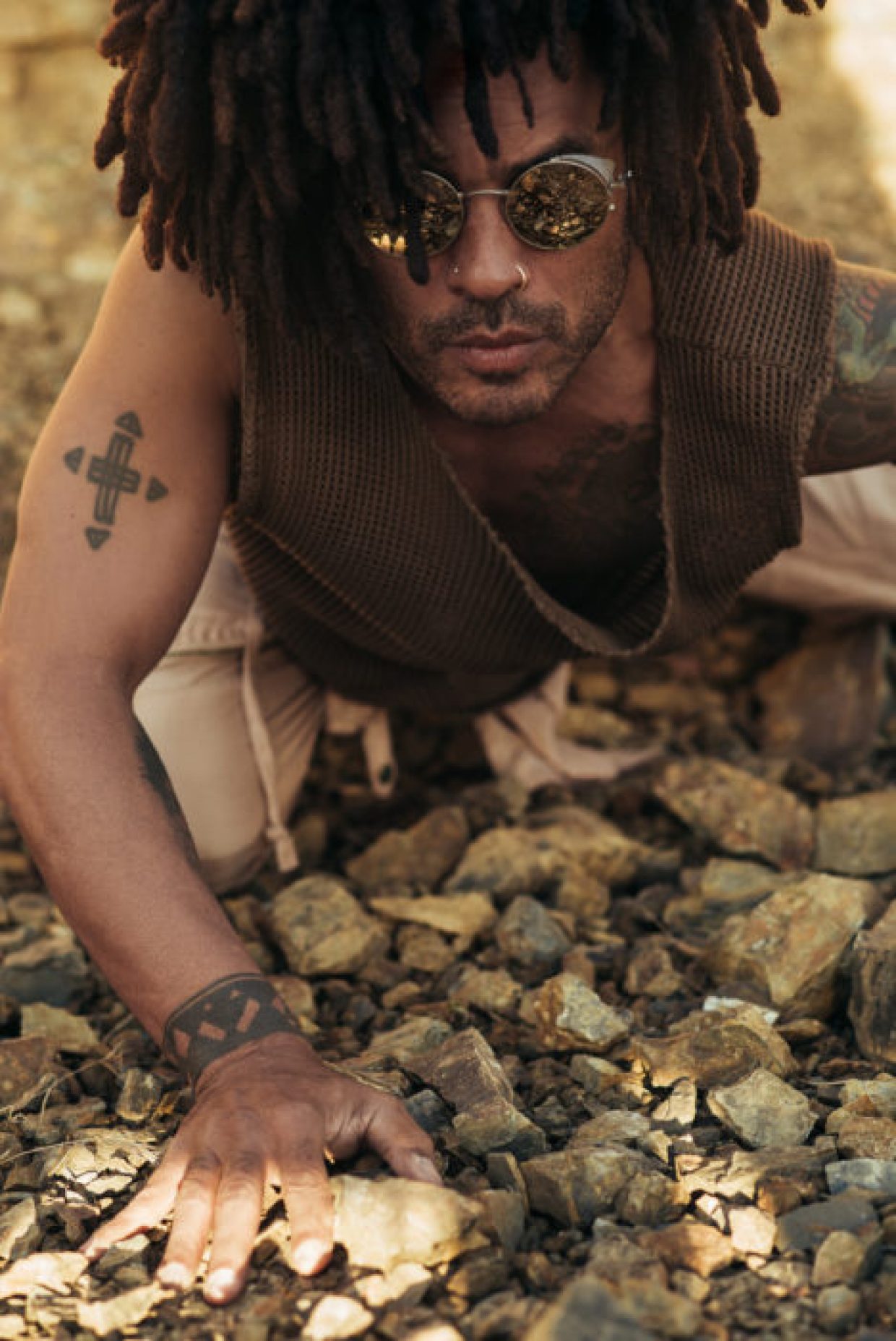 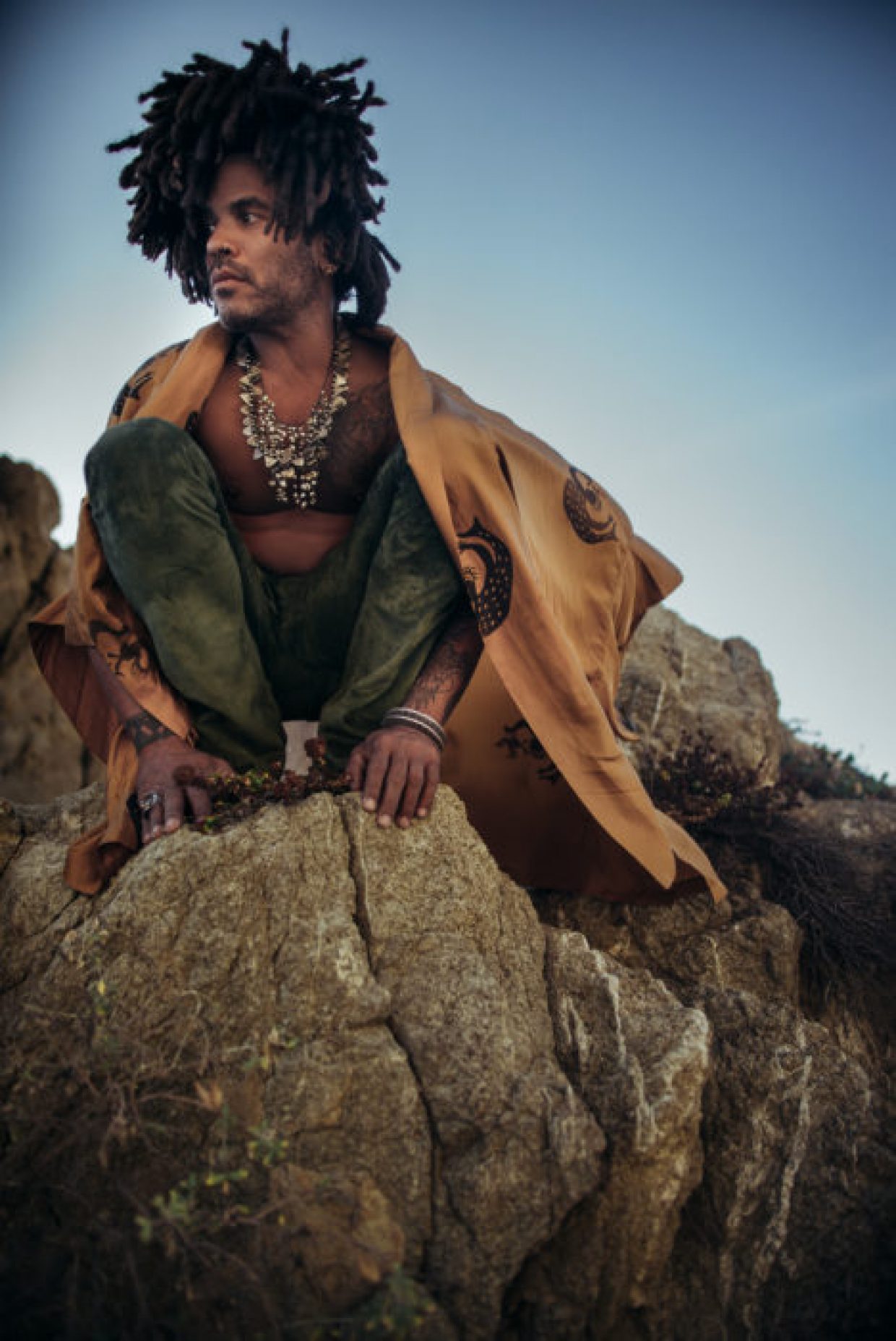 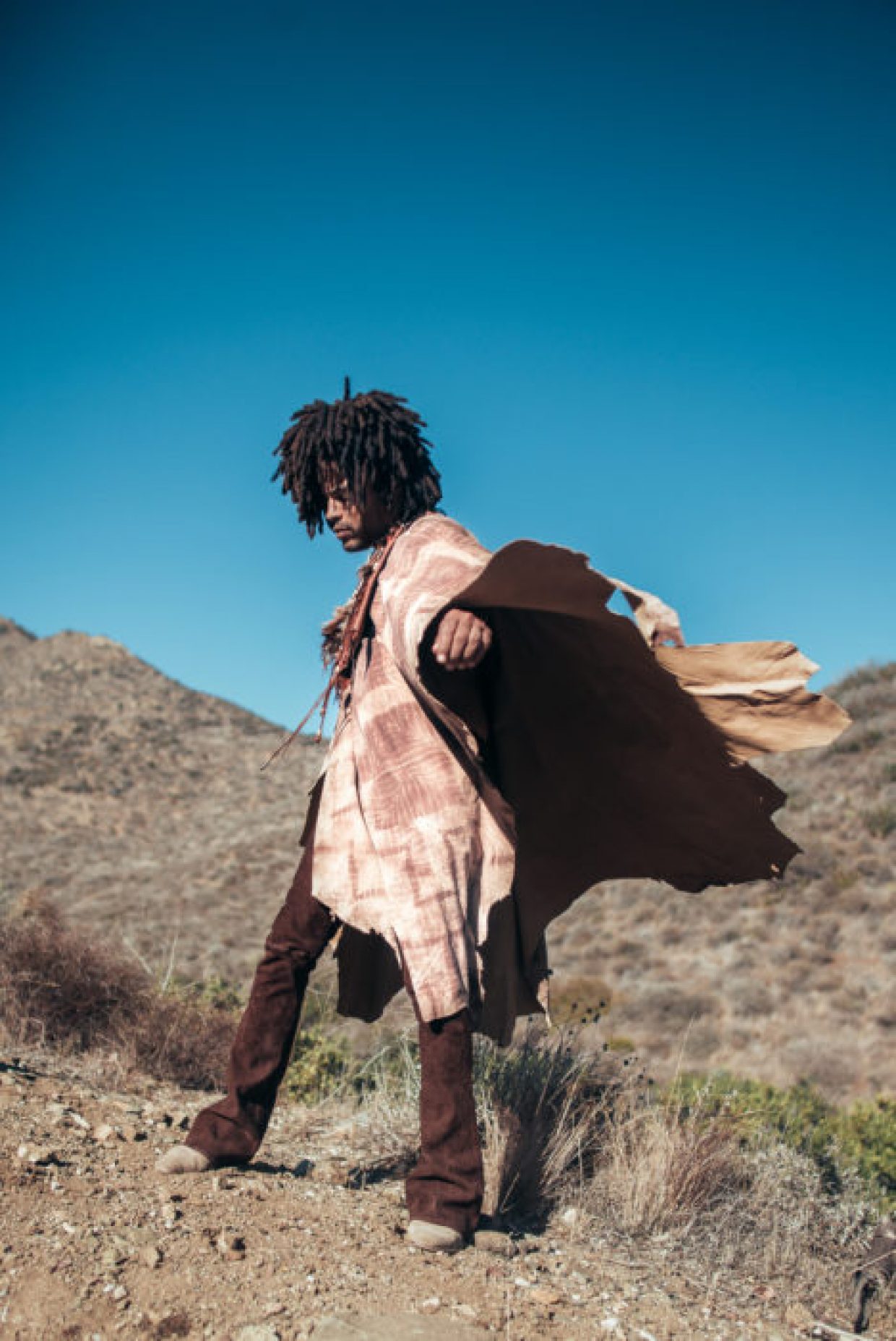 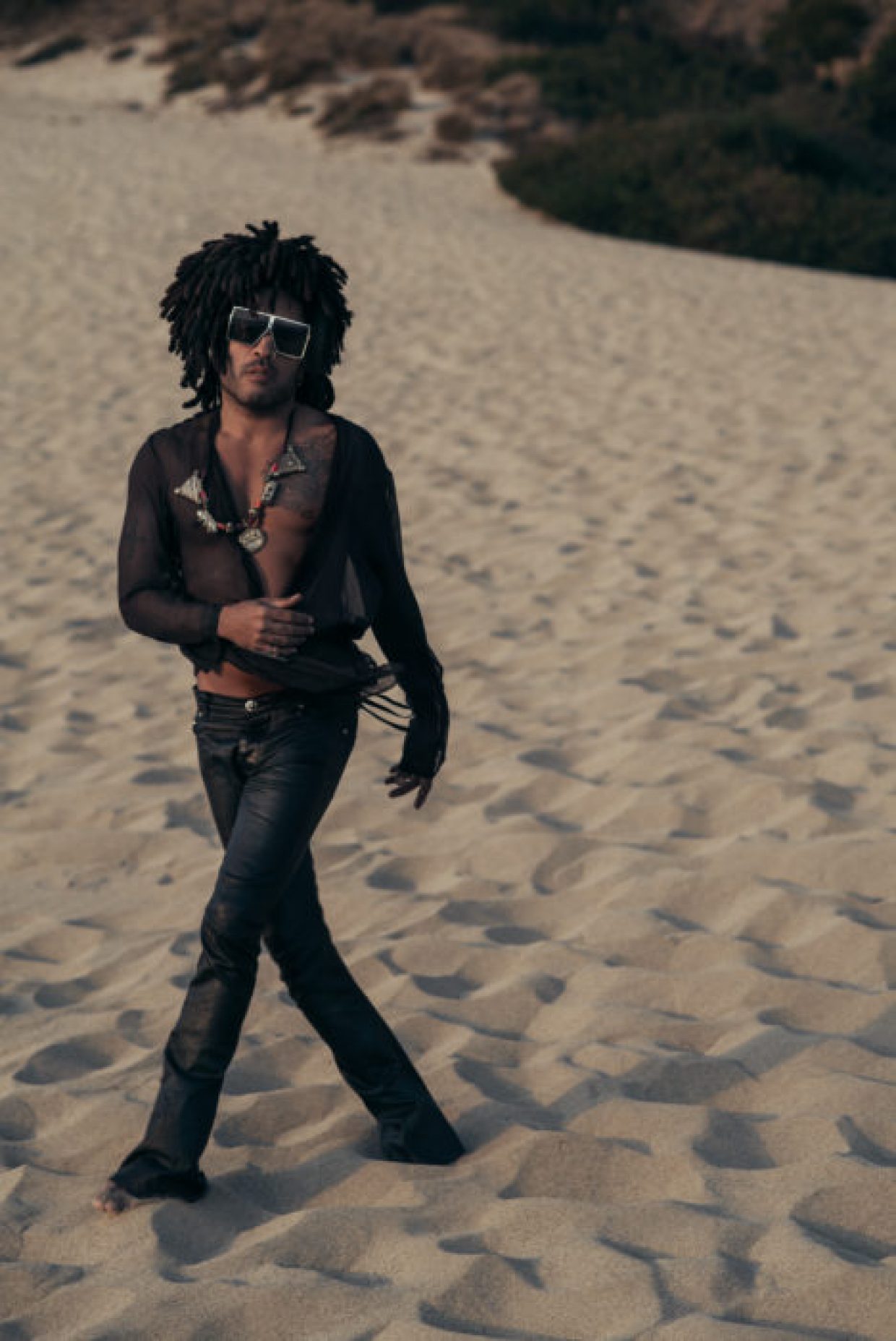 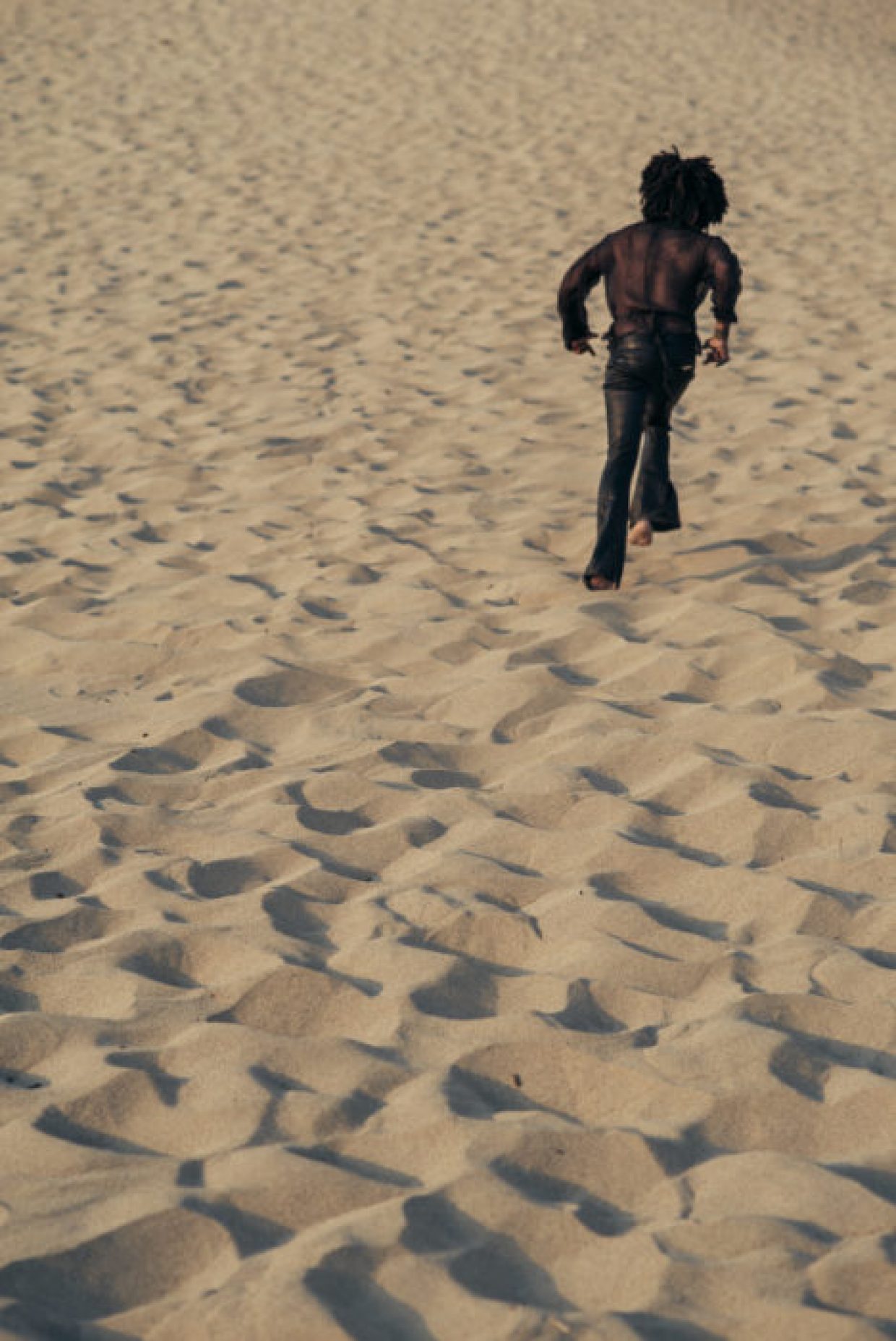 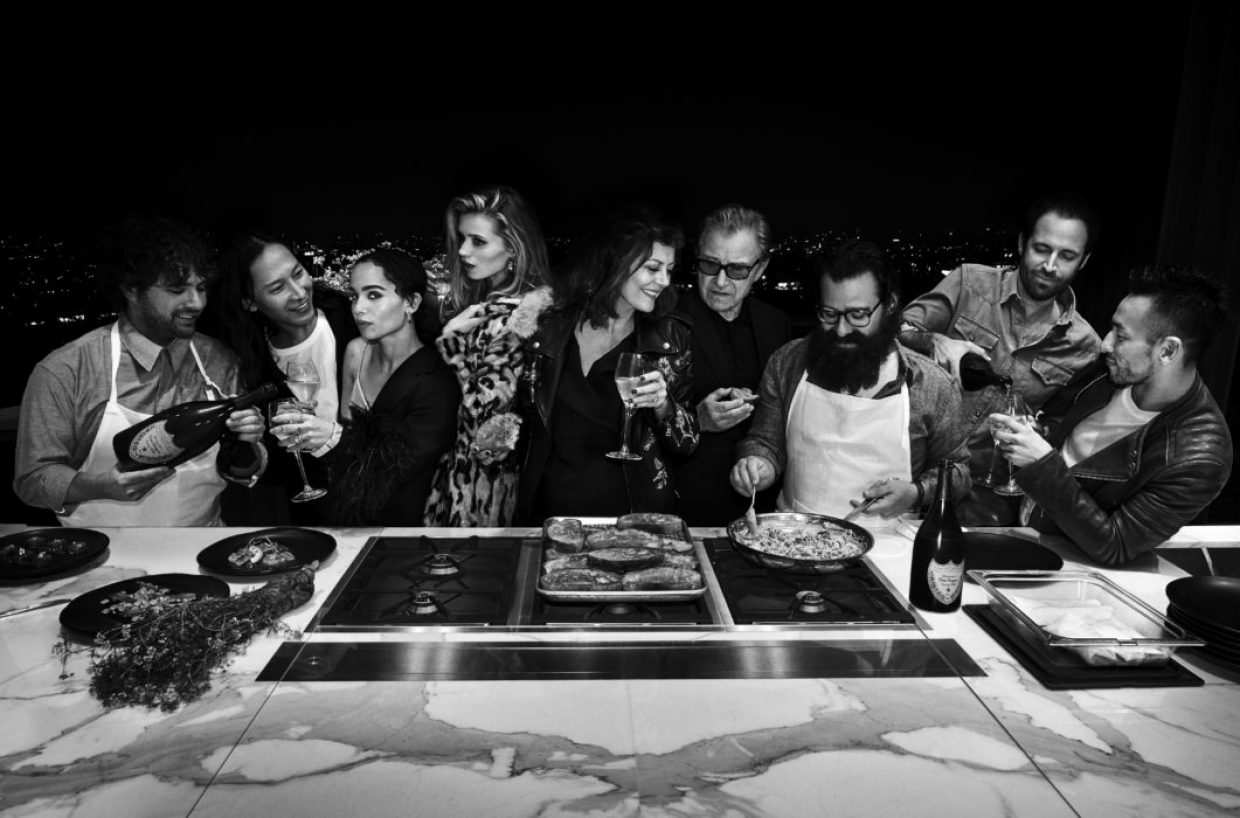 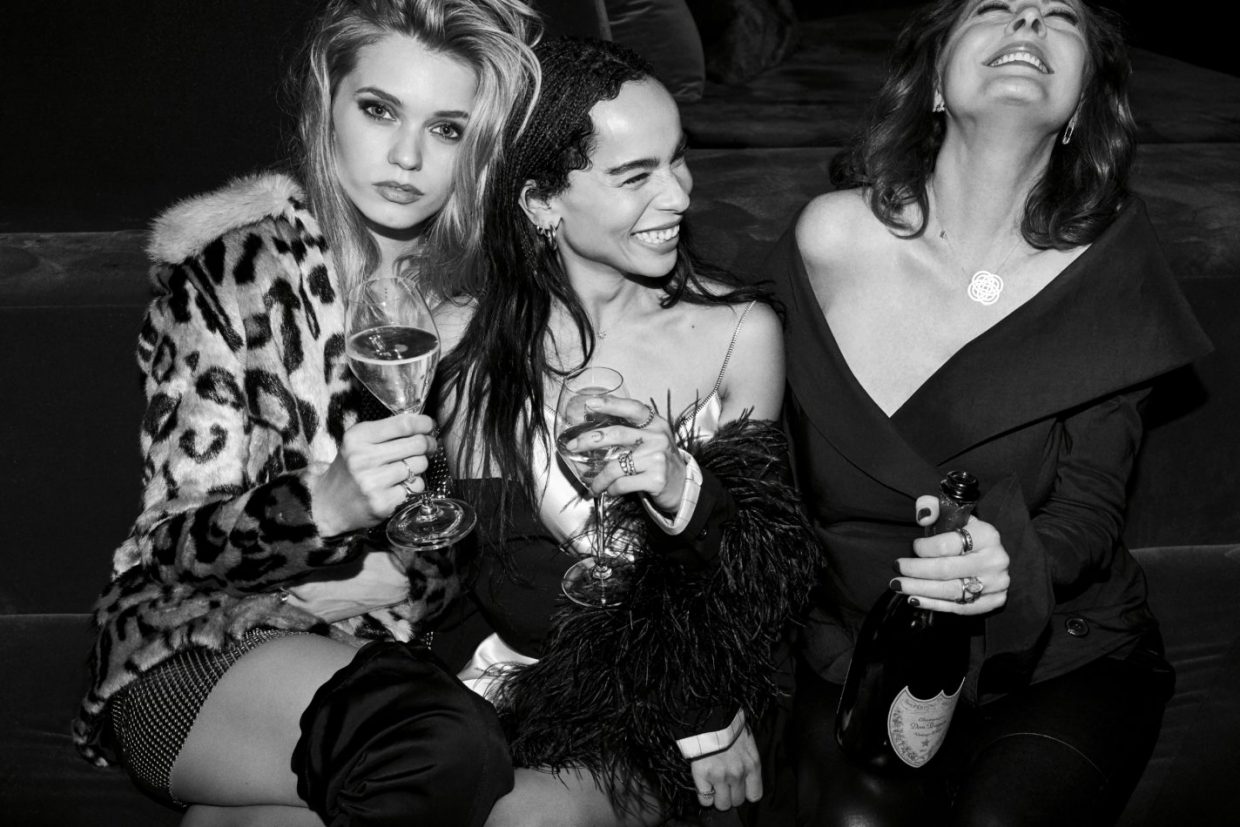 Lenny Kravitz needs little introduction. He is a Grammy Award–winning artist whose music is internationally recognized. He is also the founder of the interior and product design firm Kravitz Design, he is a photographer, and he was recently appointed creative director of Dom Pérignon.

In April, we first met with him in Hautvillers—a charming town in the Champagne region where Dom Pérignon’s headquarters are located. After a taste of the brand’s 2008 vintage, we toured the site where monk Dom Pierre Pérignon first made wine in the 1600s. There, we saw Kravitz’s initial images for the brand’s new campaign—a series of black-and-white photographs made up of scenes from a dinner party with guests like Susan Sarandon, Alexander Wang, and his daughter, Zoë Kravitz.

Since then, the series traveled as an exhibition entitled “Assemblage” to New York in September and is currently making its way around the world. After attending its opening party in Manhattan, and amid his busy Raise Vibration tour, Whitewall caught up with Kravitz again to chat about where he’s headed next creatively.

WHITEWALL: Congratulations on your recent appointment as creative director of Dom Pérignon. Can you tell us a bit about your direction for “Assemblage,” your first campaign for the brand?

LENNY KRAVITZ:I shot the campaign and chose the pictures for the campaign. I’m also designing different treatments to the bottle—different versions of the bottle and different labels, et cetera. There’s also a major piece that’s being designed right now that’s art-meets-furniture, which is designed to accompany the drinking of champagne. It’s my favorite piece as far as a big piece goes.

WW: What does the exhibition say in terms of Dom Pérignon’s spirit? What’s it about?

LK: It’s about communication. It’s about an eclectic group of people getting together to share, to inspire, to create. I didn’t want to do anything staged, because that’s not what it’s about. It’s about the real connection. There’s a house in L.A. called The Stanley House. It actually sold, but the photo shoot was done the night before the owner took possession.

I threw a dinner party, a cocktail dinner party, and sort of a house party. It started with cocktails and went into dinner. We had some wonderful chefs who came over and made some really beautiful food that paired with the champagne very well. Then it turned into a dance party in the nightclub that I designed in the bottom floor of the house. I started shooting upon the arrival, and I just captured the evening.

WW: When we traveled with you to Hautvillers earlier this year, you mentioned that the campaign images you shot were inspired by Studio 54. Why?

LK:I was inspired by those photographs because they are so beautiful. There are all of these people that are grouped together from different walks of life—from the street on up. And they’re natural. It’s all about the connection of these people. We hung out for about eight hours, we had a great time, I moved them from place to place. Zoë was a great catalyst in getting everybody going because she has this really great energy and a really great way of bringing people together and making them comfortable.

As you see in the photos, it turned into this wonderful evening that was really inspiring. The people really got comfortable and started to relate to each other. By the time it was over, we’d all made a new friend. It was a very natural evening. That’s the whole thing—the idea of an assemblage.

WW: You also mentioned the campaign was about communication, creating memories, and the spontaneity of just having a good time. Dom Pérignon is very much rooted in that same ethos. What does Dom Pérignon mean to you?

LK: It’s all about love, friendship, and inspiration. I met Richard [Geoffroy, the champagne house’s former chef de cave,] through a mutual friend who’s a wine connoisseur and is highly knowledgeable in the world of wine. He got me interested in wine—in its history, in how it’s made, in tasting—and I became attracted to that art form. And then I met Richard, who I thought was absolutely fascinating. We forged a friendship, and we both ended up really inspiring each other. He would come to my shows and I would go to Hautvillers. We would have dinners and tastings and talk about how he does what he does.

It was really inspiring to see another artist at work in something that had nothing to do with what I do or knew about previously. And the same for him. In watching me, and coming to my studio and concerts, it was equally inspiring to him. We realized what we do is so similar and how we look at it as far as focus, patience, and discipline, and how outside elements can come in and completely turn you around into a direction you hadn’t anticipated.

Then, of course, I’m in the world of design and photography, and I always thought it would be great to work together. But, you know, we were friends. It wasn’t about business. And then this opportunity came along, and the people who run the company had observed this relationship between the two of us and thought it would be great for us to work together—and that all came together.

To answer your question, it’s personal. It really was not about business. It was about getting to work with my friend and getting to have this experience.

WW: Today, so many industries are taking new turns to change the experience of whatever it is they’re presenting. Companies are now guided by what the consumer wants, and what the consumer seems to want is an experience. How do you feel about these experience-based choices that companies are making today and how people are savoring those moments and making them special?

Obviously, ours was very simple. It was photography. It was an experience in a house. It wasn’t something high-tech. It was actually very old school. I feel like that’s something that’s very important, too, to keep, in these times when things are getting so technological and advanced. We have to retain the connection and we have to retain the personal touch—and we’re moving further and further away from that as a society.

Families don’t even eat dinner together anymore. When I was a kid, at six o’clock you had to be at the table. The family was there. There were no phones. People talked and people shared. Everything is getting so disjointed today, including the family structure and the way that people communicate. That’s why it’s important to do something so simple as just getting together and having to talk, having to communicate, having to not be distracted by everything.

WW: The house you shot in was designed by your firm Kravitz Design. Are you focusing on designing more residential properties now?

LK:Yeah, we’re starting to do a lot of private homes now, which I love. We did a lot of hotels and condominiums, and now we’re doing about six or seven private homes around the world. We’re still finishing the condominium at 75 Kenmare Street, downtown in New York City. We’re also working on a hotel in Detroit. We’re working on some more products. My team is super busy flying all over the place, but it’s wonderful and we’re growing each year. It’s doing very well.

WW: In Hautvillers, you said you were interested in venturing into the hospitality industry. Do you have any plans in the works for a hotel of your own?

LK:Yeah, I’m actually in the middle of talking to a couple of people about that. I’m very interested in it. I’ve spent my life in hotels. I love the concept. I love hospitality, I love design, and they all go together. All I can tell you is, if I do this, it’s going to be a place that’s really comfortable, inspiring, and beautiful. It would be very user-friendly, and it would be my vibe. I haven’t begun designing it yet; I’m just trying to figure out how I’m going to do it right now. But I’m meeting with different people and discussing the whole thing.

WW: You’re currently on tour for the first time in many years, with your new album Raise Vibration. We’ve spoken about the current political state our country, and the world, is in, and there is a movement-based feel we are sensing. Your album has a similar vibe. What do you think of today’s movements?

LK:I think it’s great. I think it’s important. I think we’re very late, but I’m happy to see how it’s picking up, and how the youth are picking up. When I saw the kids who were protesting about the gun violence, I was just like, “Wow. Yes! It’s happening.” And yes, through technology and through the way we can see things so quickly and in real time, it’s a different kind of revolution. But the revolution that could take place if we get it together could be really beautiful.