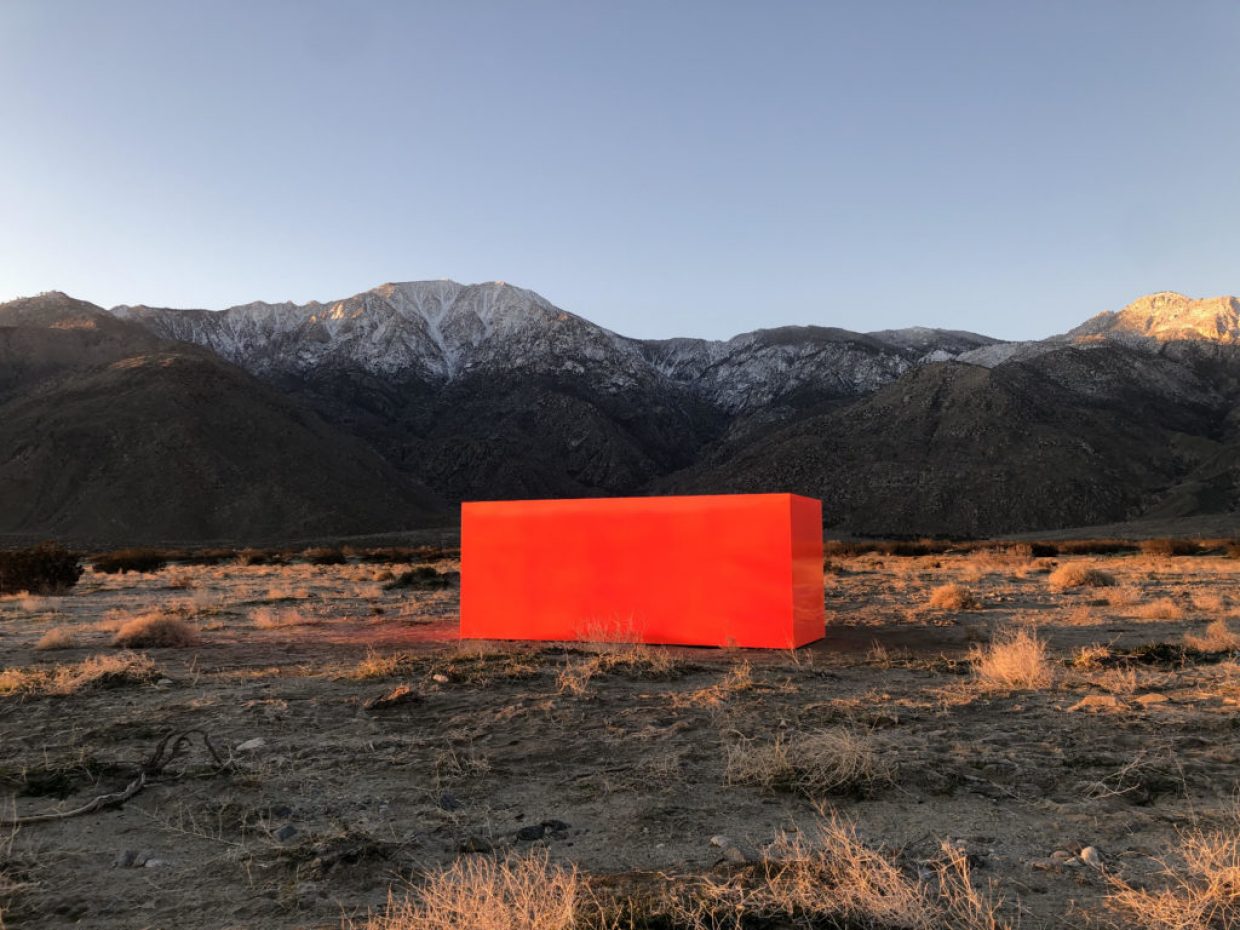 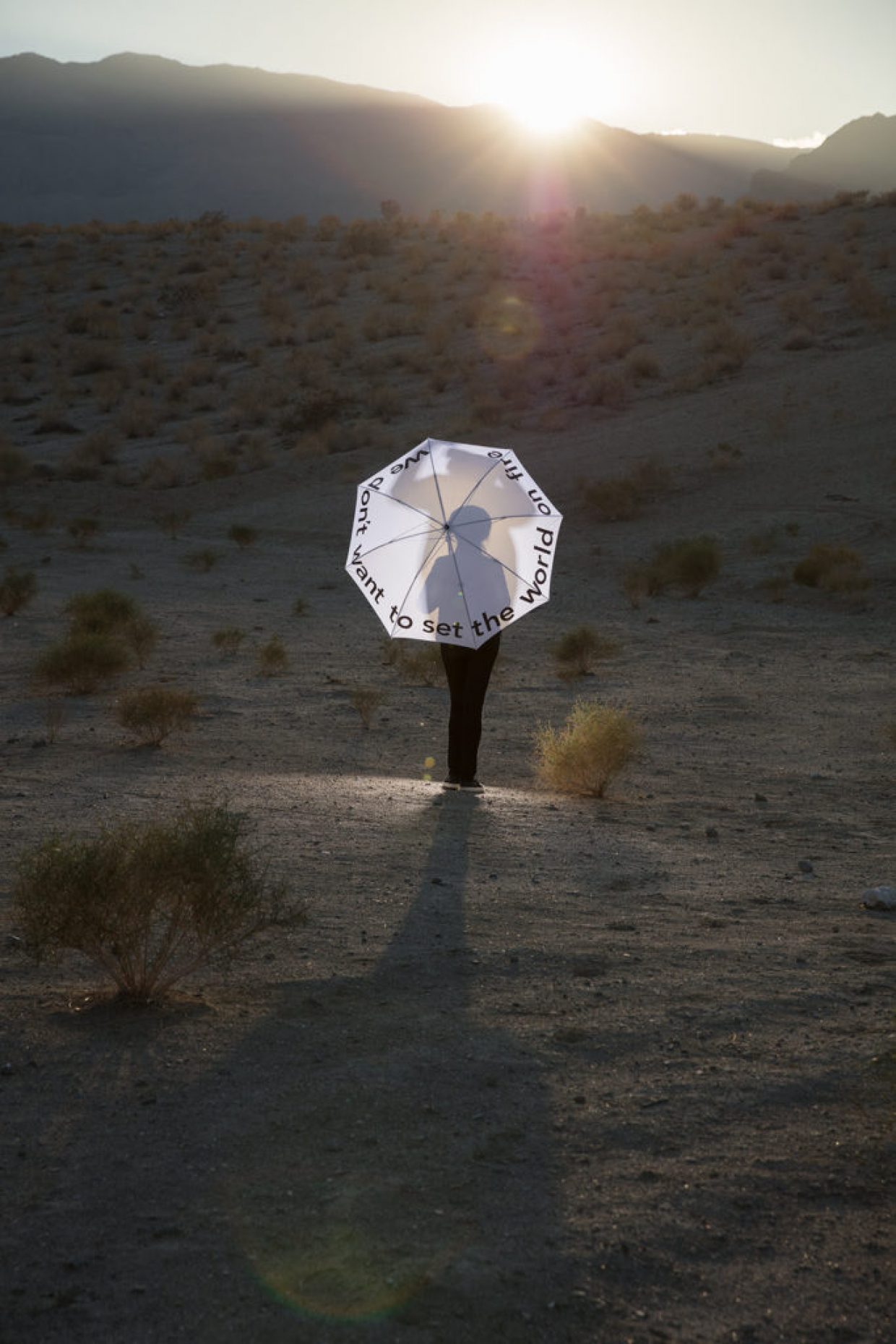 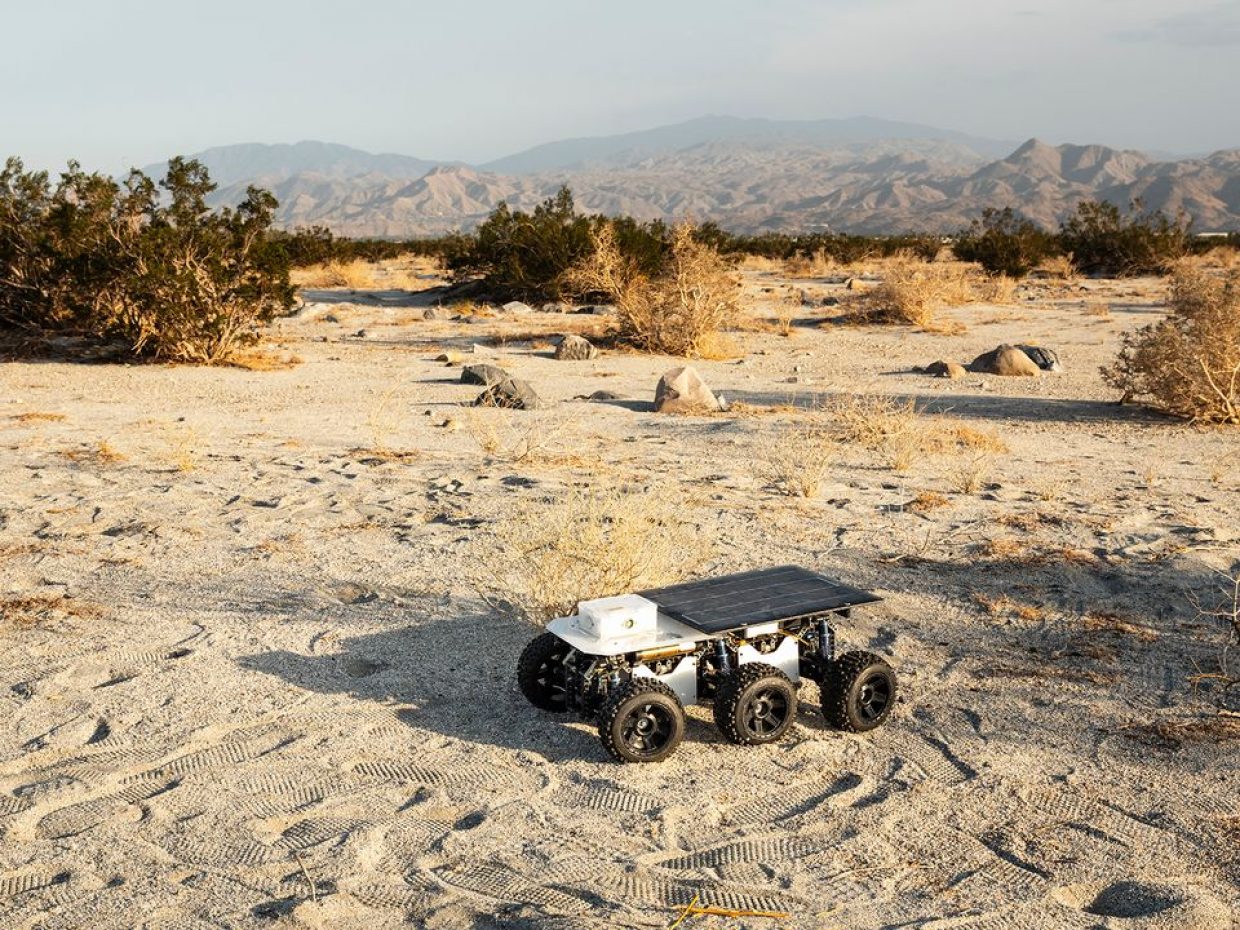 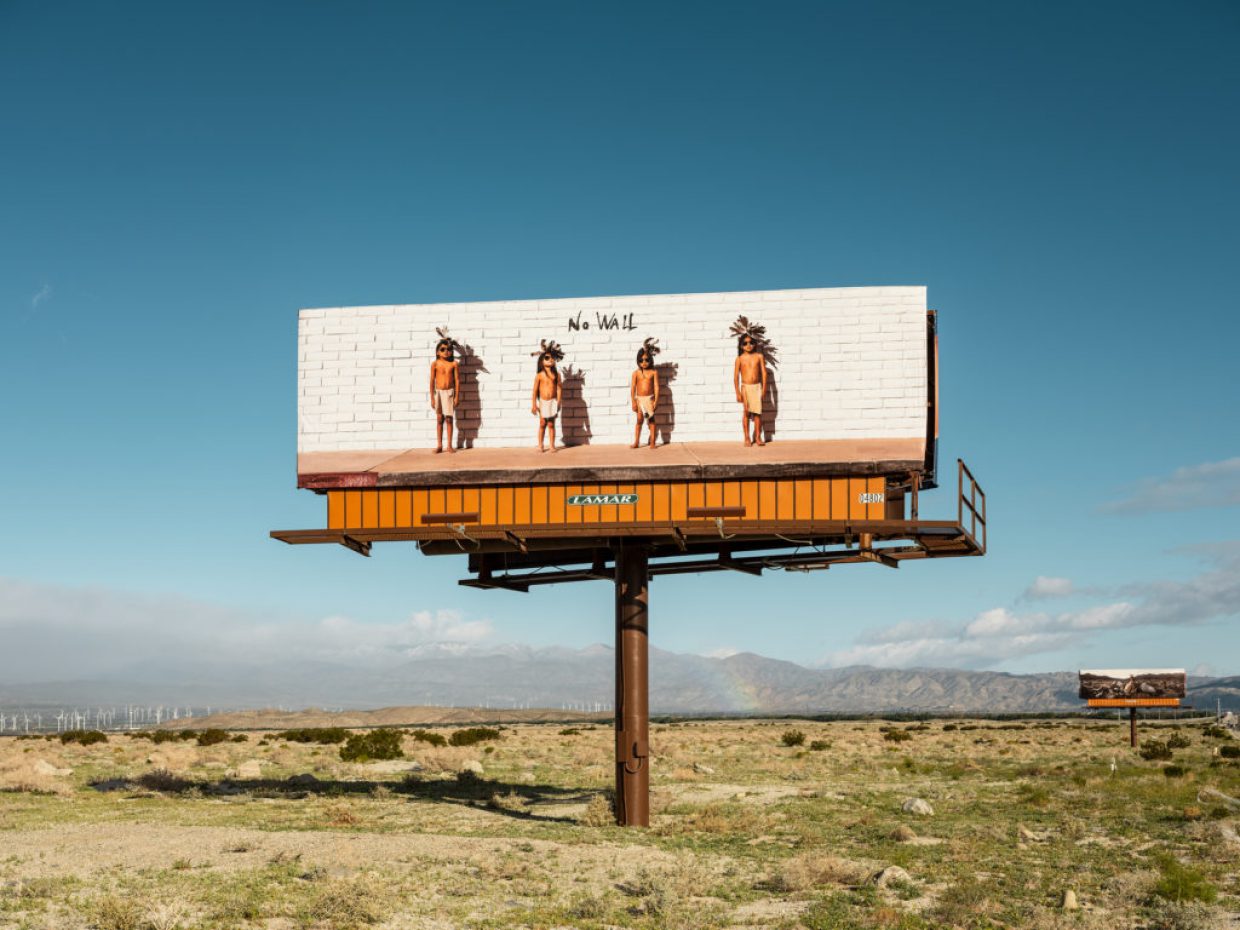 The second edition Desert X has touched down in the Coachella Valley of California, with site-specific work by 18 artists selected by artistic director Neville Wakefield and co-curators Amanda Hunt and Matthew Schum.

The biennial gives new meaning to the word sprawling, with works scattered about an area of around 55 miles, in eight of the nine cities of the Coachella Valley. (Each artist had a $25,000 budget for his or her piece.)

“It’s expanded in lots of ways,” Chamberlain said at the opening press conference, citing the organization’s growing staff and the show’s vast geographic range, which extends for the first time into Mexico, with three pieces crossing the US’s southern border.

Those include a holdover from the inaugural Desert X, Norma Jeane’s Shybot, a human-averse, roving robot that got too involved in its own mission in 2017 and got lost in the desert. A $1,000 reward was posted for its safe return and a local maintenance worker found it last July. The piece will go back online this weekend and will be released near the Mexican border. If all goes according to plan, it will transmit its location throughout the biennial’s approximately two-month run.

The opening is going forward without what may be Desert X’s most high-profile piece: a Jenny Holzer light projection titled Before I Became Afraid. The installation has been postponed over concerns about its potential impact on the local population of bighorn sheep, which has recently been plagued by a pneumonia epidemic.

“We are making plans for it to appear later in this show,” Wakefield promised.

Meanwhile, the exhibition, which is free and open to the public, still boasts work by the likes of Pia Camil, Mary Kelly, and Sterling Ruby. Camil also straddles the Mexican border, with Lover’s Rainbow, a pair of sculptural arches formed of rebar and erected in the Coachella Valley and in Baja, Mexico.

Kelly has transformed a series of downtown bus stops into Cold War-inspired fall-out shelters that speak to the continued nuclear threat in the 21st century, and Ruby has plunked a strange, almost surreal neon-orange rectangle into the desert sand. “It looks as if it’s been photo-montaged in there,” Wakefield said.

In putting together the exhibition, the curatorial team sought artists who were willing to engage with and respond to the specific history of this place, not just its imposing physical beauty.

Much of the work alludes to aspects of life in the desert that aren’t immediately apparent, such as the rich heritage of the region’s indigenous communities, the growing effects of global warming, or the power of the wind. This concerted effort toward making the invisible visible, Hunt said, mirrors the effect of rainfall in the desert, with a rich ecosystem that thrives despite extreme temperatures, minimal precipitation, and its total reliance on the scant nutrients in a thin layer of top soil.

“There’s this myth of the desert as a blank canvas,” Hunt added. “The desert is vast. There are so many cultures and stories contained here.”