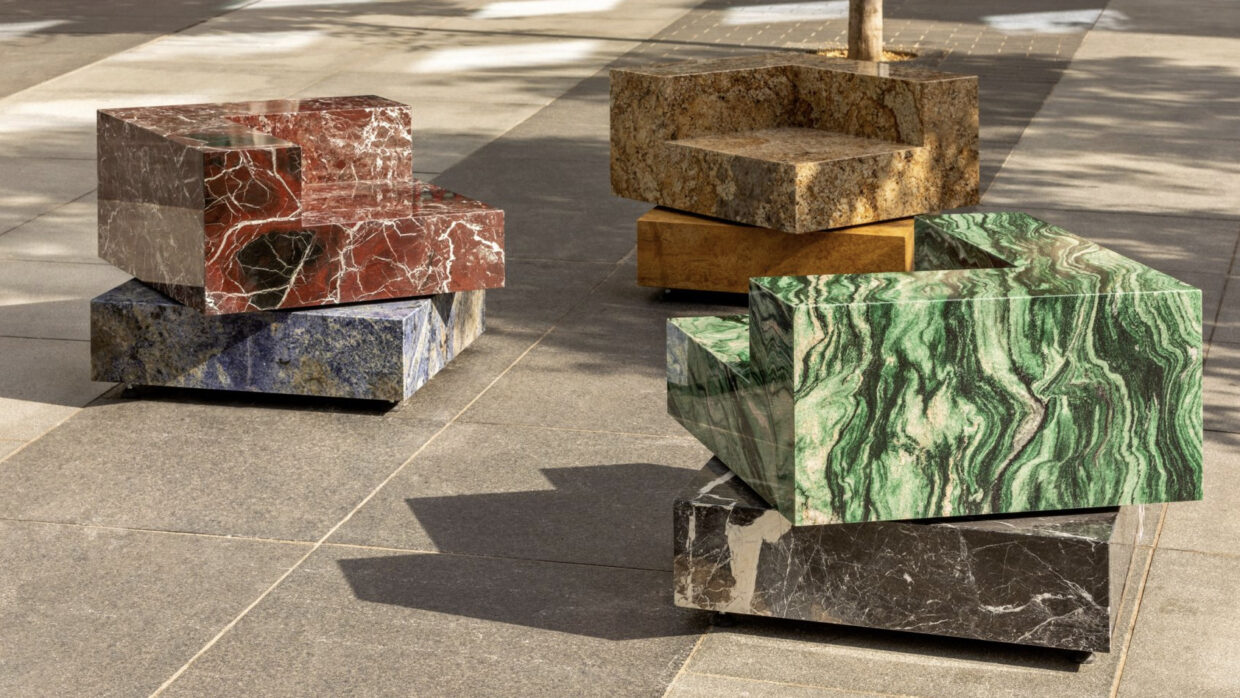 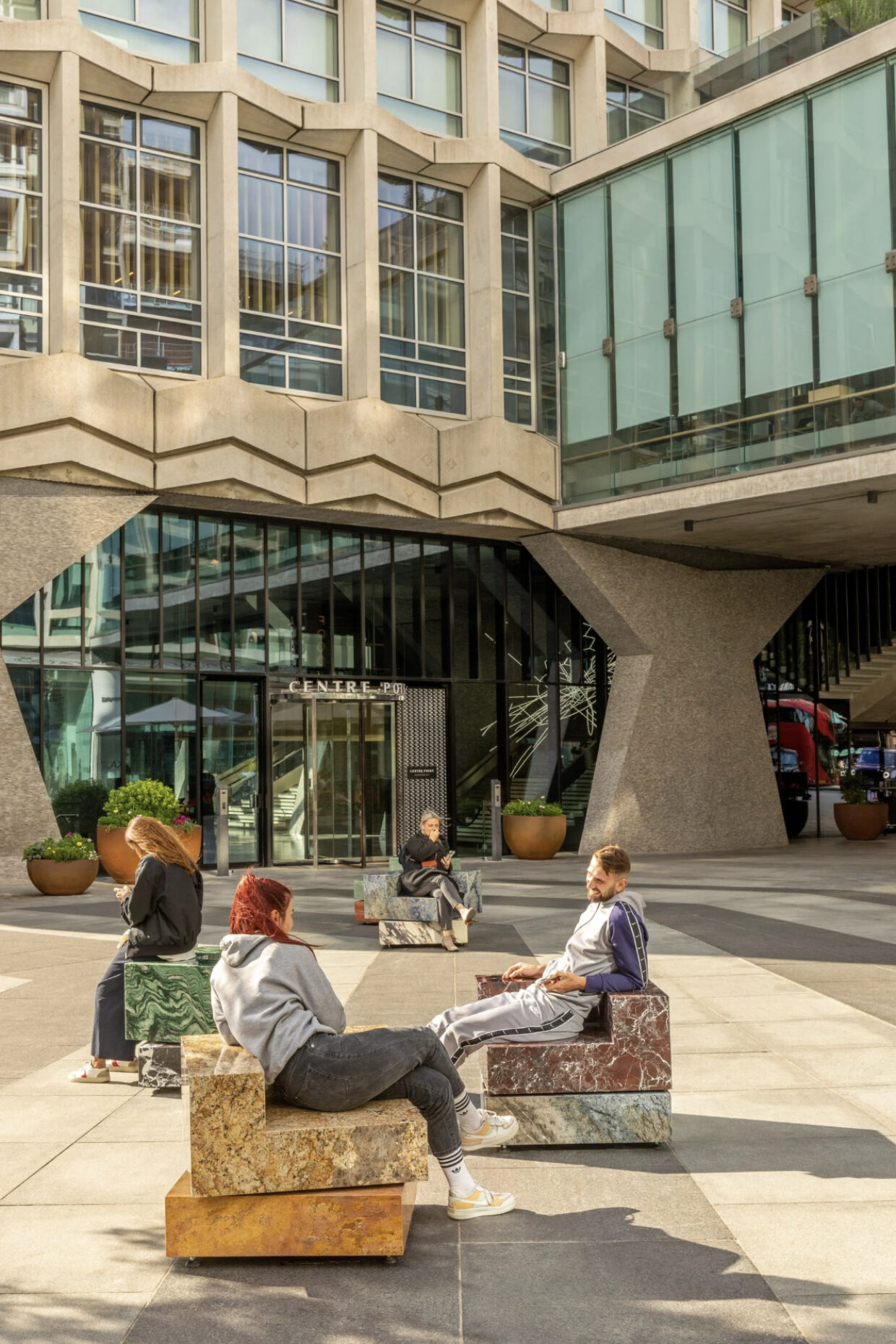 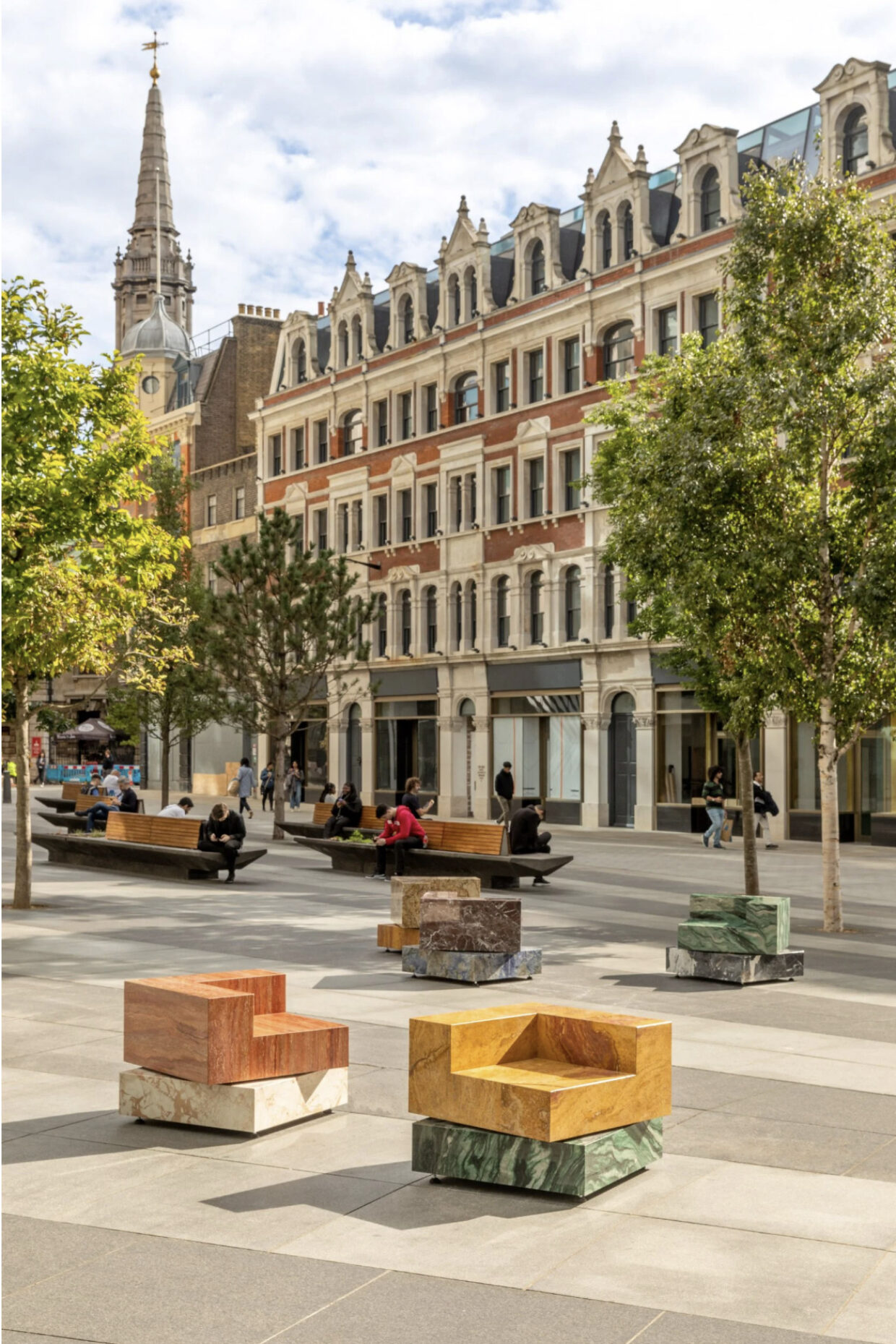 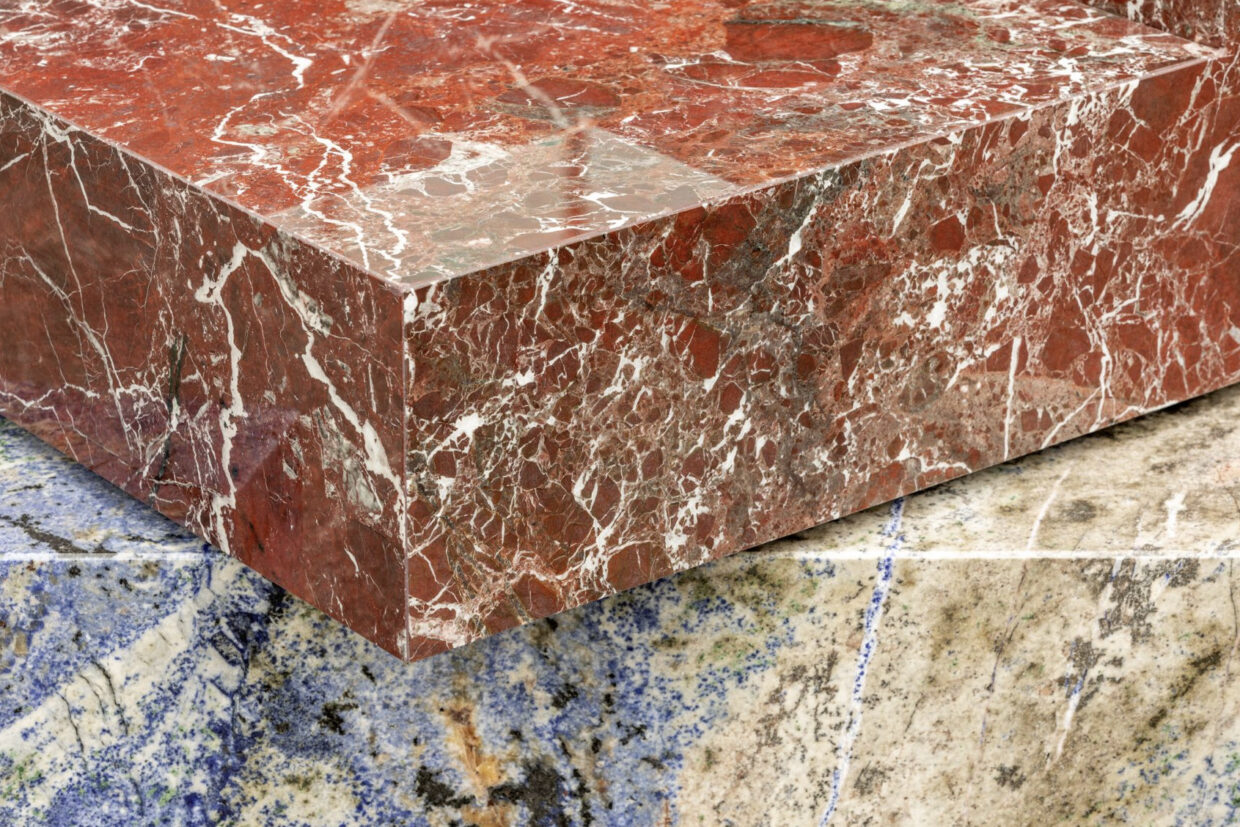 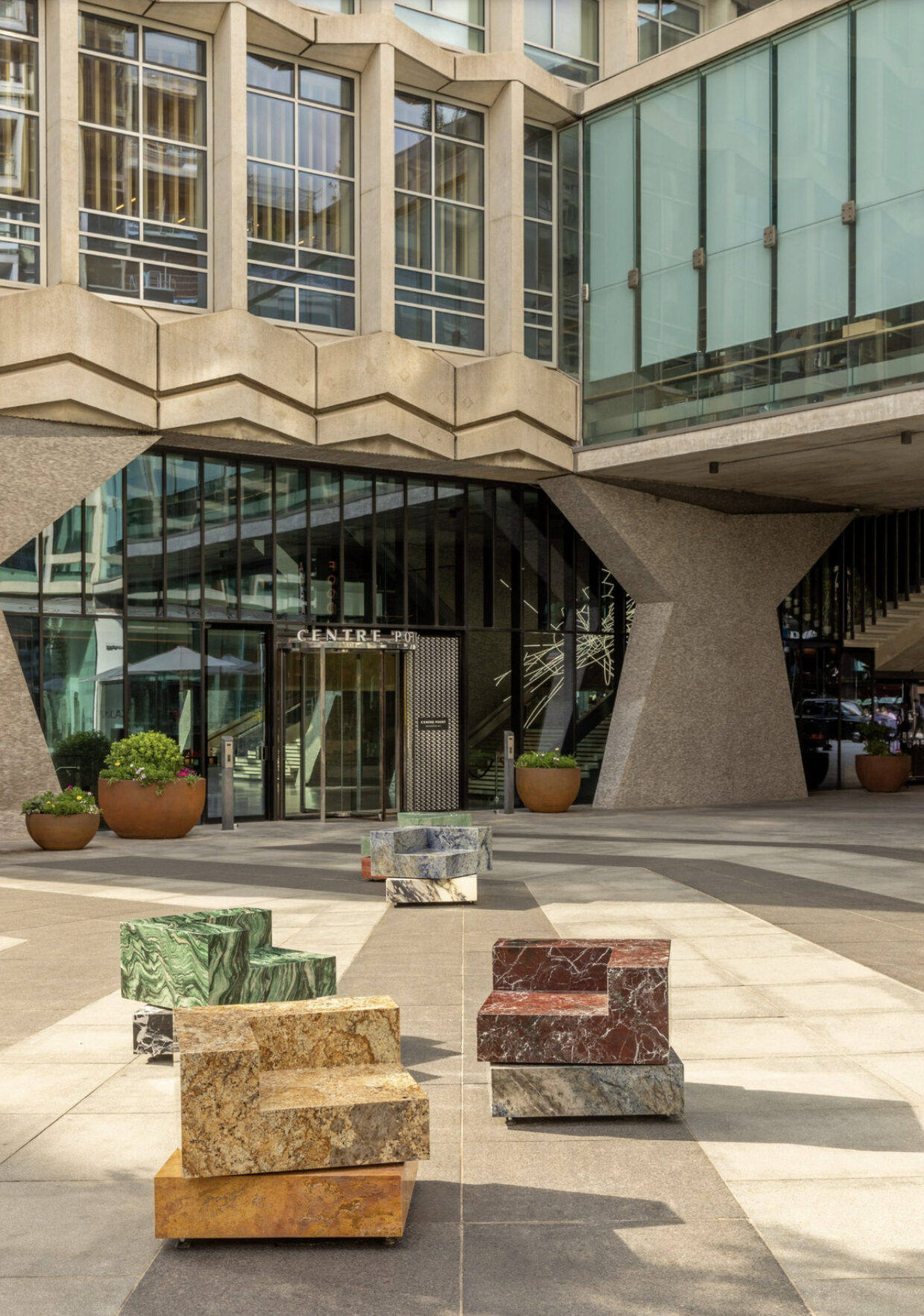 For this year’s London Design Festival, designer Sabine Marcelis has installed several rotating chairs made with stones from Dutch material brand SolidNature to help visitors interact with each other.

The Dutch designer created the installation – called Swivel – in St Giles Square, which is located beside one of the city’s central underground stations, Tottenham Court Road.

Her aim was to add liveliness to the otherwise grey area and inject some fun into the daily routine of the many people who pass through the busy square each day.

Passerbys are invited to sit on the chairs and spin them around, hence the name Swivel.

“The main concept was to inject some colour, fun, lightheartedness and liveliness into the square – in an adult playground way,” Marcelis said.

“I wanted to encourage meetings and interactions with the many people passing by, but also material wonder and respect,” she told Dezeen.

The designer, who also created a cubic desk for London Design Festival 2020, hopes that the chunky Swivel chairs will encourage interaction due to their bright colours and rotating capabilities.

“During install it was already amazing to see people instantly interpreting how to use the seating in many different ways,” Marcelis said.

“The distance between the positioning of the swivel seats also allows for interactions or when the seats are swivelled away from each other, more private encounters,” she added.

“The proportions allow for a single occupation of the seat, but several people could equally sit together on the armrests.”

A key feature of the chairs is that they are entirely made from natural stones such as granite, quartzite, marble and travertine, which Marcelis handpicked herself from the SolidNature factory in Aalsmeer, Netherlands.

The designer decided to select colourful stones with interesting patterns that would stand out in what she described as a grey city backdrop. She emphasised the stones’ unique veiny patterns by creating the chairs in cut-out shapes.

“I normally work with onyx when I collaborate with Solid Nature, as this type of natural stone has a beautiful translucency to it which I’m very drawn to,” Marcelis explained.

“Because the swivel installation is outdoors, onyx would not be suitable so I went to the SolidNature factory to select the most vibrant types of harder natural stone, like marbles and granites.”

She said Swivel was rooted in her love of shape and form, which is central to many of her projects.

“I love a good cube,” she said. “As with most of my work, my approach to shape and form language is to strip everything back so that the materiality does all the speaking and that the shape functions to highlight material properties.”

Although Swivel was commissioned for the 20th anniversary of London Design Festival, Marcelis said that the installation will remain in St Giles Square for several months before being removed ahead of a Christmas installation.

The photography is by Ed Reeve.