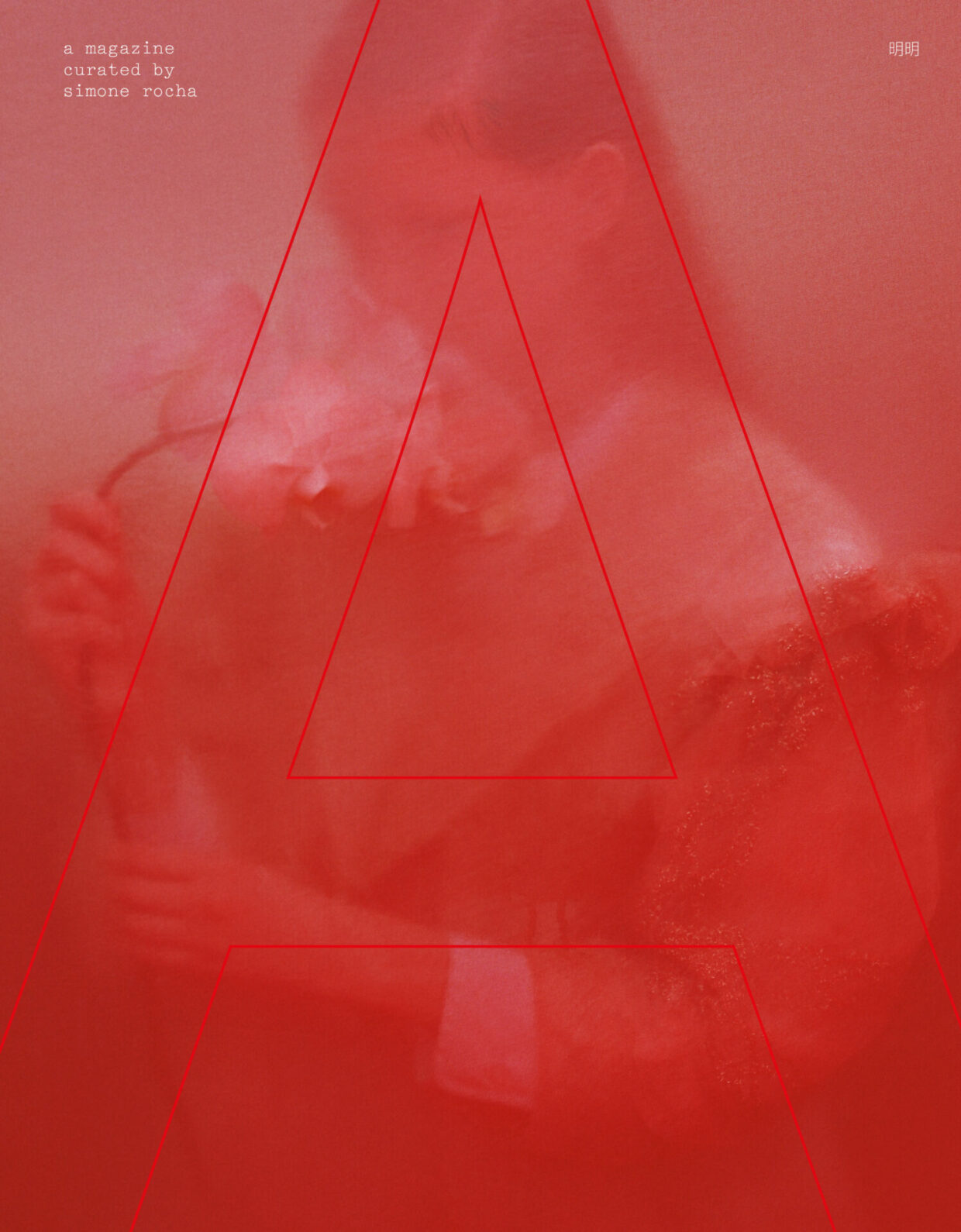 GUEST BOOK: A Magazine Curated By has tapped Simone Rocha as its guest editor and curator for the 18th issue, WWD has learned. Rocha’s edition, set to be released in print in Europe and online on Oct. 4, will explore her heritage and identity with a spotlight on Ireland and Hong Kong. It will feature an international cast of collaborators, friends and family.

“Curating an issue of A Magazine is always a dialogue, an exchange. We have watched Simone’s career develop since her first collection and seen the way she looks at the world. Her stories are personal, her taste is broad and she has an unwavering identity that really shines on every page,” said editor in chief Dan Thawley.

The magazine includes portraits of Rocha’s mother and father, Odette and John Rocha, and daughter Valentine. There is also an array of candid portraits of her studio team. Interlaced throughout the issue are Chinese stories and texts while Rocha’s Chinese name, Ming Ming, is on the magazine’s cover.

Rocha said the project has been extremely personal, with an element of nostalgia. “I was blown away to be able to bring together Mary Robinson, Richard Mosse and Stephanie Hegarty,” the designer said.

“Growing up in Ireland for my generation, Mary Robinson was an inspiration. Shooting at Louise Bourgeois’ home was also extremely special,” said Rocha, adding that the images of personal artifacts and sitting and standing portraits of friends and family, were also a highlight for her.

The designer was also keen to capture her family spirit. “Colin Dodgson documenting my dad in the west of Ireland is such an honest portrait of the West — but also of my dad,” she said. “The Ching Ming ceremony in Hong Kong, my annual family pilgrimage, is also a very true image of our traditions,” she said.

The launch of the magazine will be accompanied by a trio of short films and events during Frieze Art Fair at Dover Street Market in London and at Rocha’s Wooster Street store in New York.