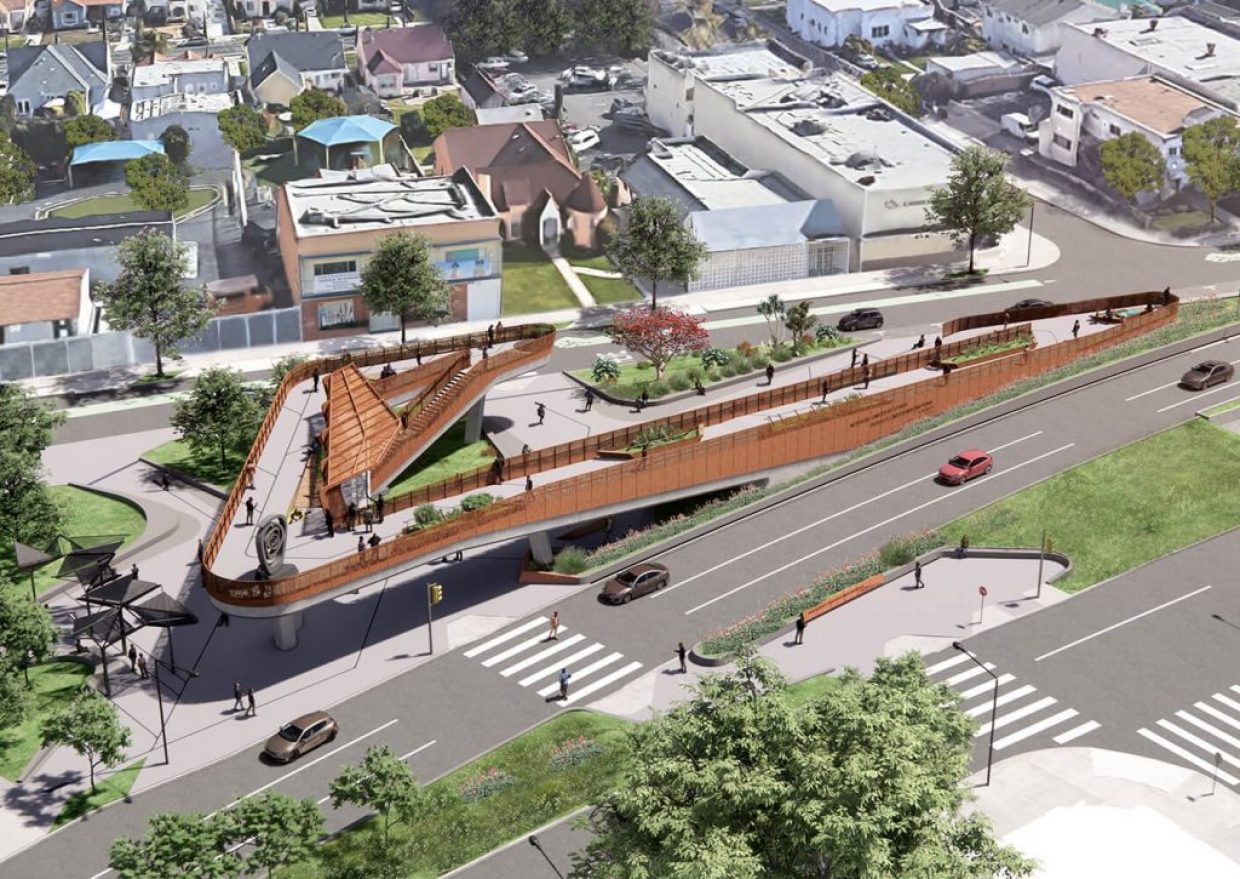 Sculptures by Kehinde Wiley, Alison Saar, and Others Will Go Up Along L.A.’s Crenshaw Boulevard as Part of a $100 Million Public Art Initiative

When completed, these pieces will mark the first phase of Destination Crenshaw, an ambitious, $100 million development project that seeks to reinvigorate the historically Black cultural corridor with 100 commissioned works of art over the next six years.

Funded through a combination of public and private support, Destination Crenshaw was conceived in response to the development of a new light rail that, opponents fear, will displace greenery and parking spaces and otherwise disrupt neighborhood businesses. Since launching in 2017, the initiative has raised roughly $58.5 million, with another $18.5 million pending.

“It’s one of the more insulting things that has happened that will leave a permanent mark on the community. People will look at that train and remember it,” City Councilmember Marqueece Harris-Dawson, a major proponent of Destination Crenshaw, told the Los Angeles Times.

Also going up along Crenshaw Boulevard as part of the project will be 800 new trees, more than 50 murals, and a series of small parks comprising four acres of green space.

Jason W. Foster, Destination Crenshaw’s president and chief operating officer, said in a statement that the project was “initiated in the conviction that residents of one of the world’s largest and most creative Black neighborhoods deserve to live in a beautiful, green, artistically impressive and economically strong environment.”

“As we move toward submitting the first designs to the city,” he continued, “we are committed to creating a permanent place for Black people in Los Angeles. We look forward to strengthening the connection between the community and these exceptional artists, all of whom have been, in some way, nurtured and inspired by the Crenshaw neighborhood.”

A bronze monument of a Black woman atop a horse, Wiley’s contribution belongs to his “Rumors of War” series, conceived as a 21st-century rejoinder to Confederate statuary, according to the Times. Saar’s piece, meanwhile, will comprise two 12-foot-tall figures, one male and one female, dressed in 1950s and ‘60s clothing.

The other artists selected by Destination Crenshaw include Charles Dickson, Melvin Edwards, Maren Hassinger, Artis Lane, and Brenna Youngblood. Though the cohort represents a range of ages, styles, and career success, each artist has a personal connection to L.A. and, specifically, the Crenshaw neighborhood.

The artists’ respective designs will be submitted to the city of Los Angeles’s Cultural Affairs Commission for approval this October. If given the green light, their sculptures will go up in a small, dedicated park planned for a northern stretch of Crenshaw Boulevard.