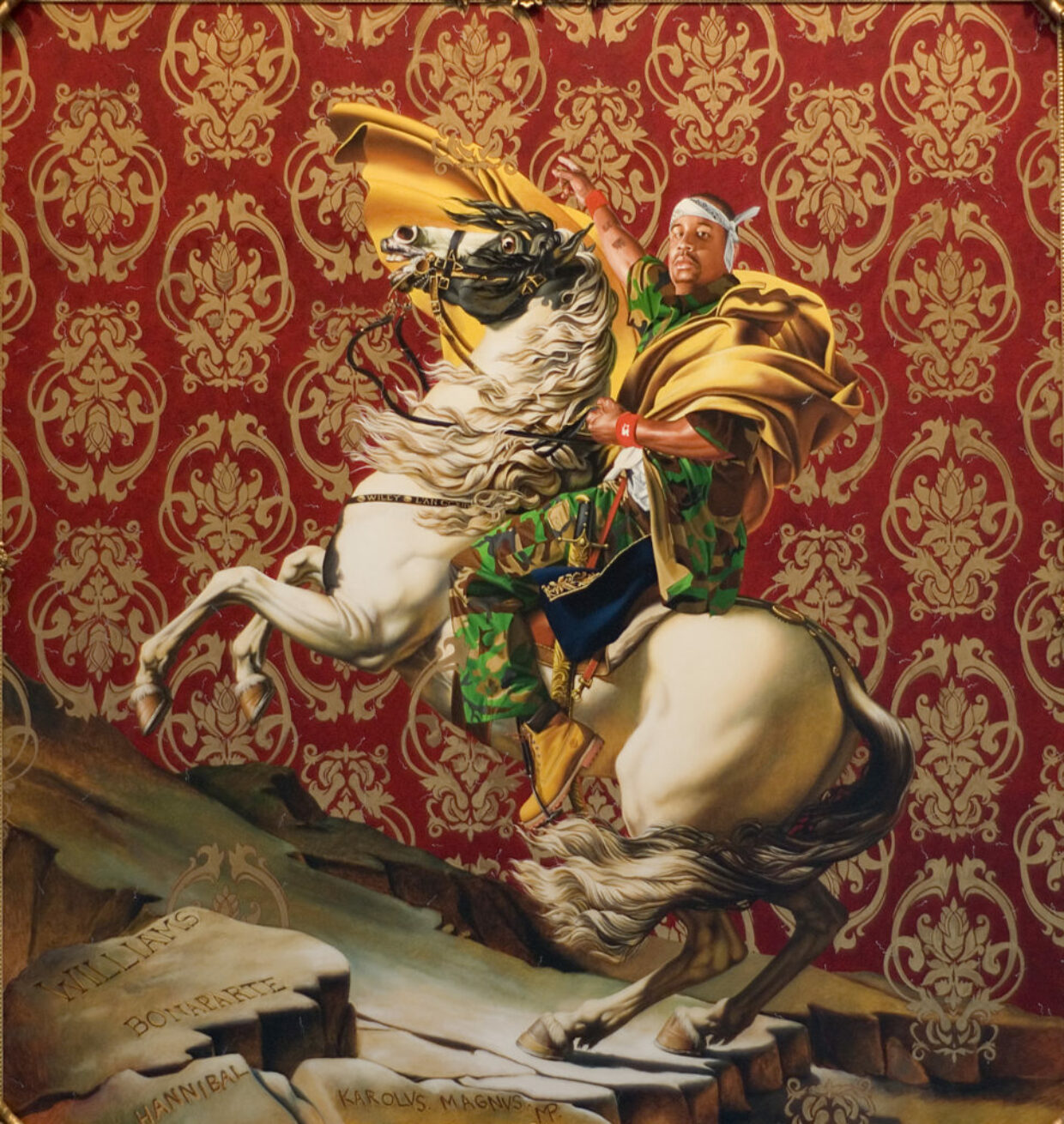 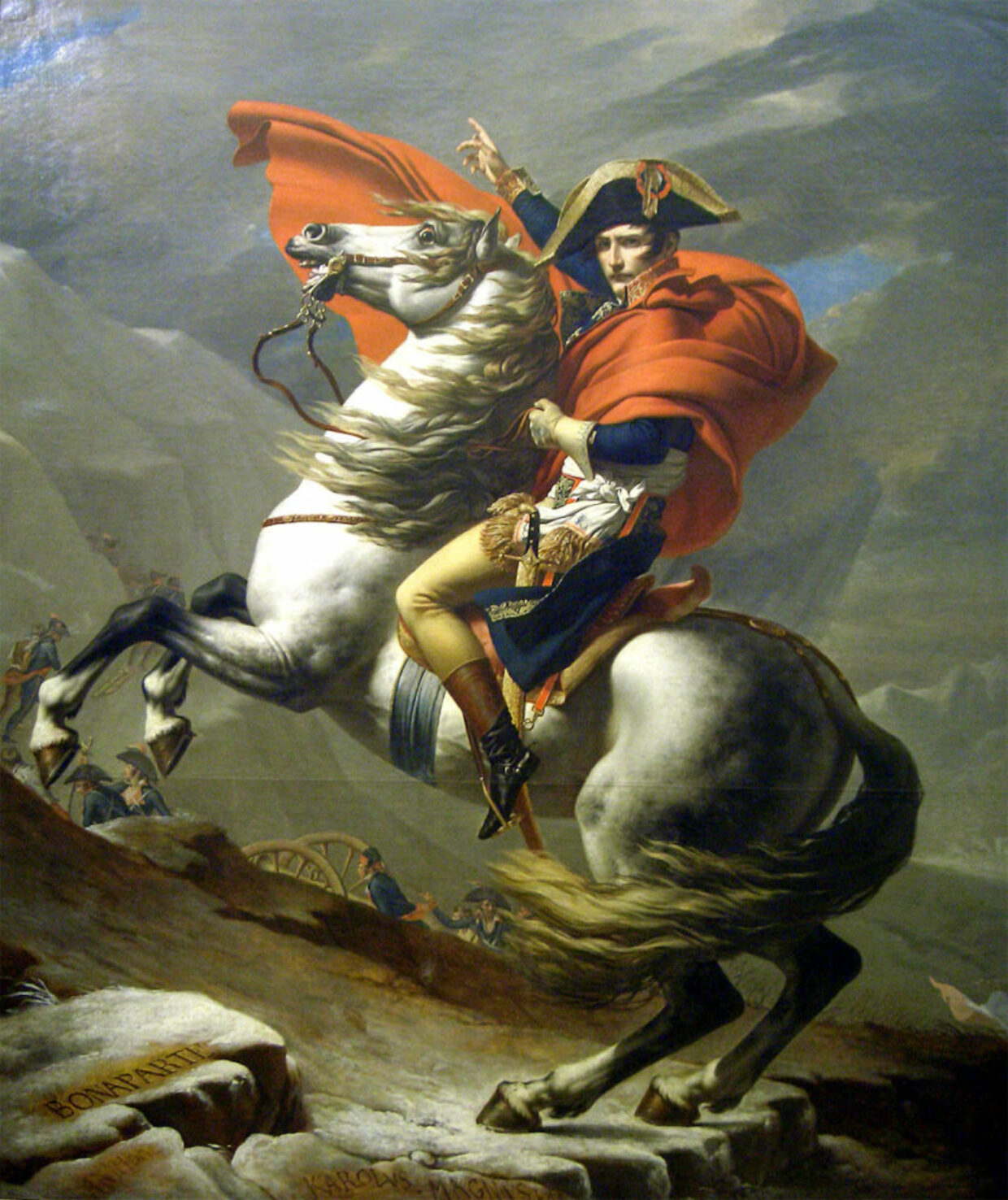 When you see Kehinde Wiley’s Napoleon leading the Army over the Alps, it is reminiscent of Jacques-Louis David’s 19th century painting, Napoleon Crossing the Alps, in more than just its name. Wiley’s 2005 reinterpretation of the 1801 painting takes the original and runs it through a process of modernization creating a vibrant 21st century take on the portrait of the famed leader.

This autumn, the paintings will come together for the first time ever, to be hung alongside one another at the Château de Malmaison in Rueil-Malmaison. After making their debut together, the paintings will then head to the Brooklyn Museum in New York giving people around the world the chance to look at them side by side.

Commissioned in 1800 by the King of Spain, David’s celebrated portrait of Napoleon was completed the following year and two subsequent copies were made in the years following 1801. The painting was the King of Spain’s attempt to win favour with Napoleon but in the end, it didn’t work and Napoleon replaced the king with his brother, Joseph, just eight years later. David’s painting, though, has remained an impressive example of the style of portraiture associated with royalty and military prowess that wreaks of power.

If you’re unfamiliar with the painting, David depicted the Napoleon atop a rearing horse as he led his troops through the Alps in Austria. Cloaked in a red swath of fabric, he stares out at the viewer as he points onward. Set against a naturalistic backdrop, the stones below him are etched with the names of other great leaders who traversed the mountains, including Hannibal and Karolus Magnus (Charlemagne), alongside his own name. The scene actually never happened, though, and Napoleon never even sat for the portrait. In reality, his troops marched through the alps and he followed days later riding a donkey. Thus, the painting is nothing more than propaganda to perpetuate the idea of Napoleon to those he conquered.

In 2005, the painting became the inspiration for Wiley, who recreated the scene but made some changes that directly comment on authority and its representation, historically, The steed remains but instead of Napoleon, Wiley depicts an anonymous black man, who the artist found during his ‘street-casting process,’ in which he literally asked people he met on the street to sit for his works. The man wears a camouflage outfit and Timberland boots mimicking notions of the military but only insofar as fashion is concerned. Wrapped in a gold cloth now, Napoleon’s blue coat and gold-encrusted sword also remains peeking out beneath the man’s jacket. The background has been replaced with Wiley’s signature painted, patterned fabric, this time in red and gold. Within it, are small painted sperm that comment on the hyper-masculinity associated with the style of portraiture, which was so common amongst the western world, and this subgenre specifically. Wiley does, though, retain the rocky terrain and the names, but he adds in Williams. The addition does not relate to one person, exactly, but comments on the Anglo name, which is also common among African-Americans, that has been forced on people of African descent due to the slave trade. As a whole, Wiley’s version of the painting is a comment on the treatment of people of colour throughout history and their lack of representation in such kinds of works.

Seeing the two works alongside each other will prove to be an incredible experience that might not happen again anytime soon. It will offer viewers the chance to look at such portraiture in a different light, but also the opportunity to see all the details that are carried over to Wiley’s version and still all the parts that are not kept. The two large-scale paintings together for the first time will definitely be a sight to see that needs to be experienced.

The two paintings will be on view between October 9th and January 22nd, 2020 at the Château de Malmaison before heading to the Brooklyn Museum where they will be exhibited from January 24th through May 10th, 2020.