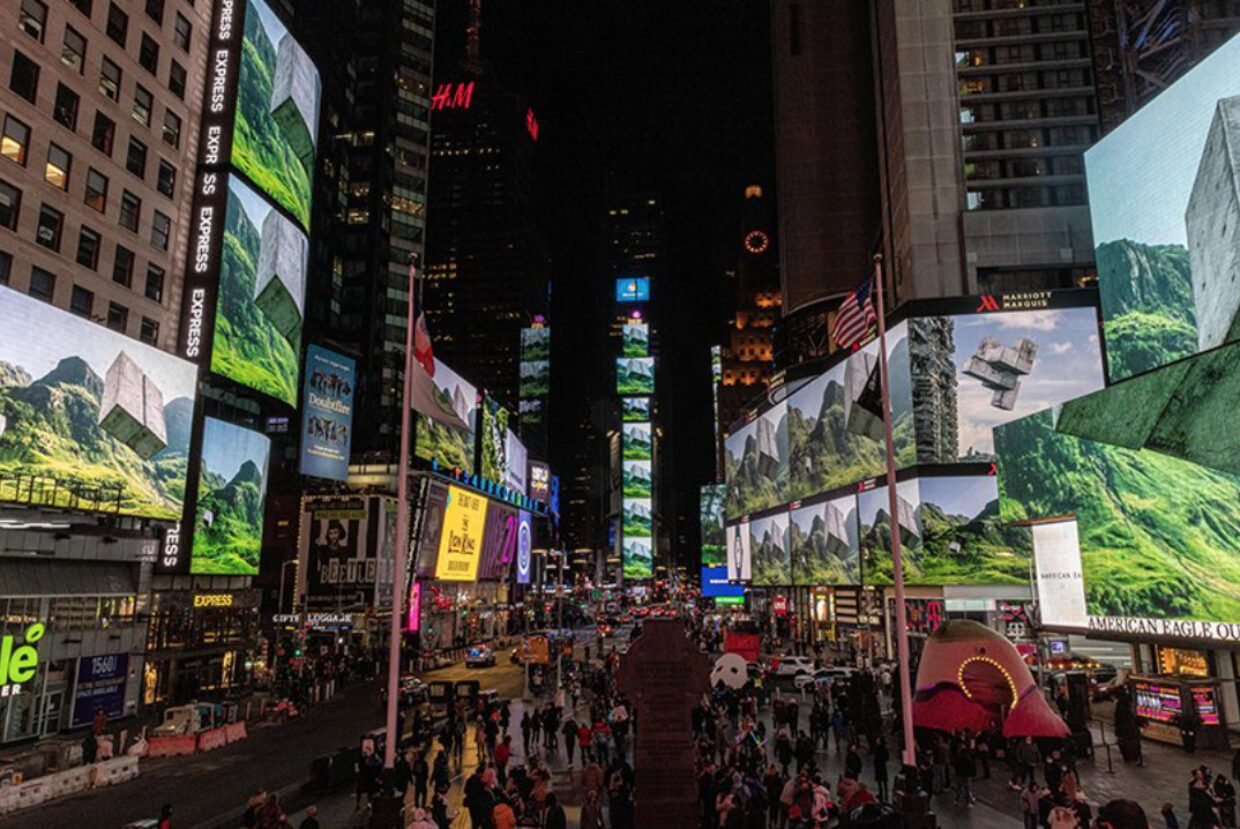 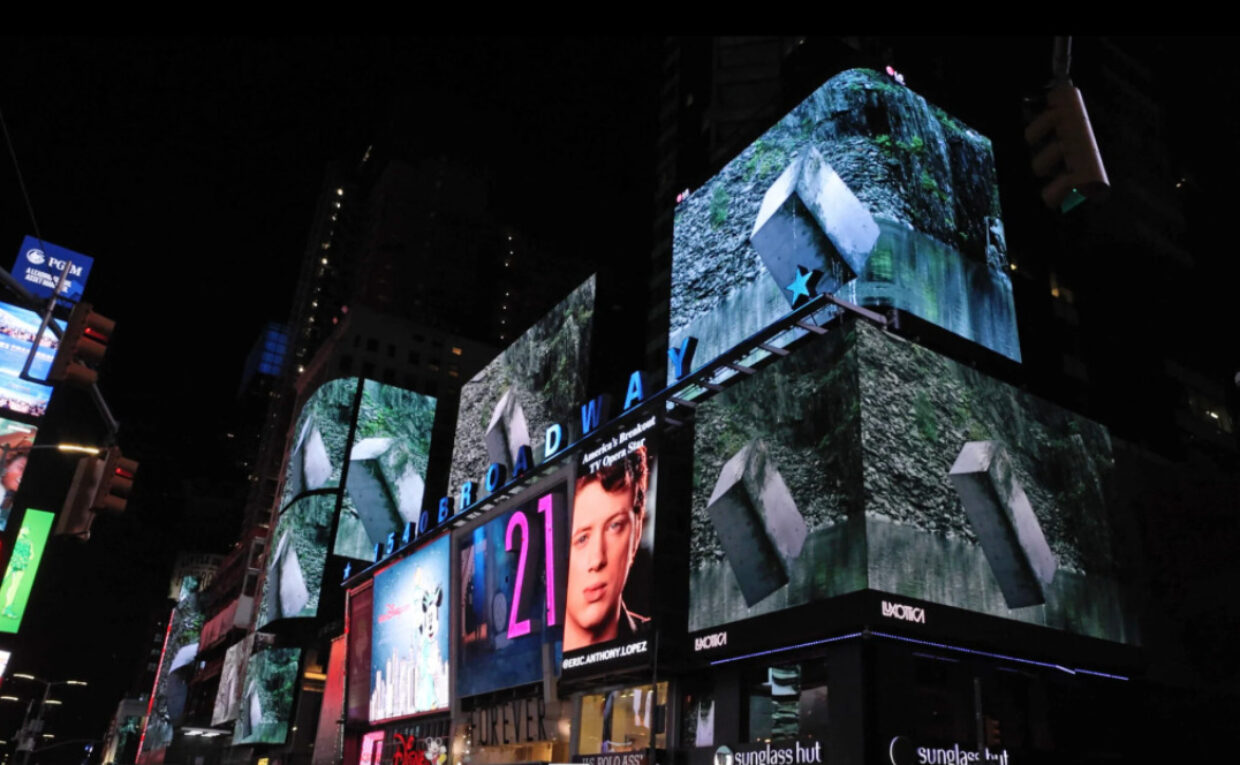 Displayed on more than 80 billboards across Times Square in New York, ‘Drifters’ is a collaborative project between THE DESIGN PRIZE winner studio DRIFT and filmmaker Sil van der Woerd. The surreal film reveals blocks of concrete floating across the natural environment of the Scottish highlands – passing through forests, fields, and lakes, to flock together and form a built structure. As the team puts it: ‘each night, the film shows the concrete monoliths as living, flying entities. they seek origin, connection, and purpose in a world they don’t belong in. This poses the question: can the individual be separated from the collective?’

The film is part of DRIFT’s first solo exhibition at the shed in New York, a multi-sensory installation on display until December 19, 2021.

The experiential project nods to studio DRIFT’s long-time exploration of the relationship between humans, technology, and nature. playing for Times Square’s ‘Midnight Moment‘ exhibition, the film’s strange natural backdrop, coupled with its eerily slow pace, creates a steady contrast against the bustling and digitally illuminated urban landscape of New York. Moreover, the aimlessness with which the concrete blocks travel through lands could very well force hurried passersby to stop and think: ‘where do we go from here?’

DRIFT and van der Woerd‘s ‘Drifters’ film for Midnight Moment will run nightly between 11:57 pm and midnight, until December 30, 2021.

Continuing their unusal exploration of technology, DRIFT recently hit the NFT world in collaboration with DJ Don Diablo. their artwork, titled ‘Block Universe (2021)’, was sold for $55,000 by Pace Verso at this year’s Art Basel Miami. Revealing an unusual solar system made up of cubic and rectangular objects, with a soundtrack by Diablo, the NFT is the first of its kind that will help regreen the planet. ‘With the sale of this NFT approximately 247 acres will get regreened by the Justdiggit foundation — a foundation that fights global warming by re-greening Africa. In addition to the 10% donation from the sale that was promised to the foundation, the buyer is donating an additional $50,000 to help regreen Africa,’ shares DRIFT.

THE DESIGN PRIZE is an annual award program that celebrates excellence on a global scale. Initiated in 2017 and curated by designboom, with patronage by the city of Milan, THE DESIGN PRIZE recognizes both the extraordinary achievements and little sparks of beauty and delight that have emerged over the past 12 months.