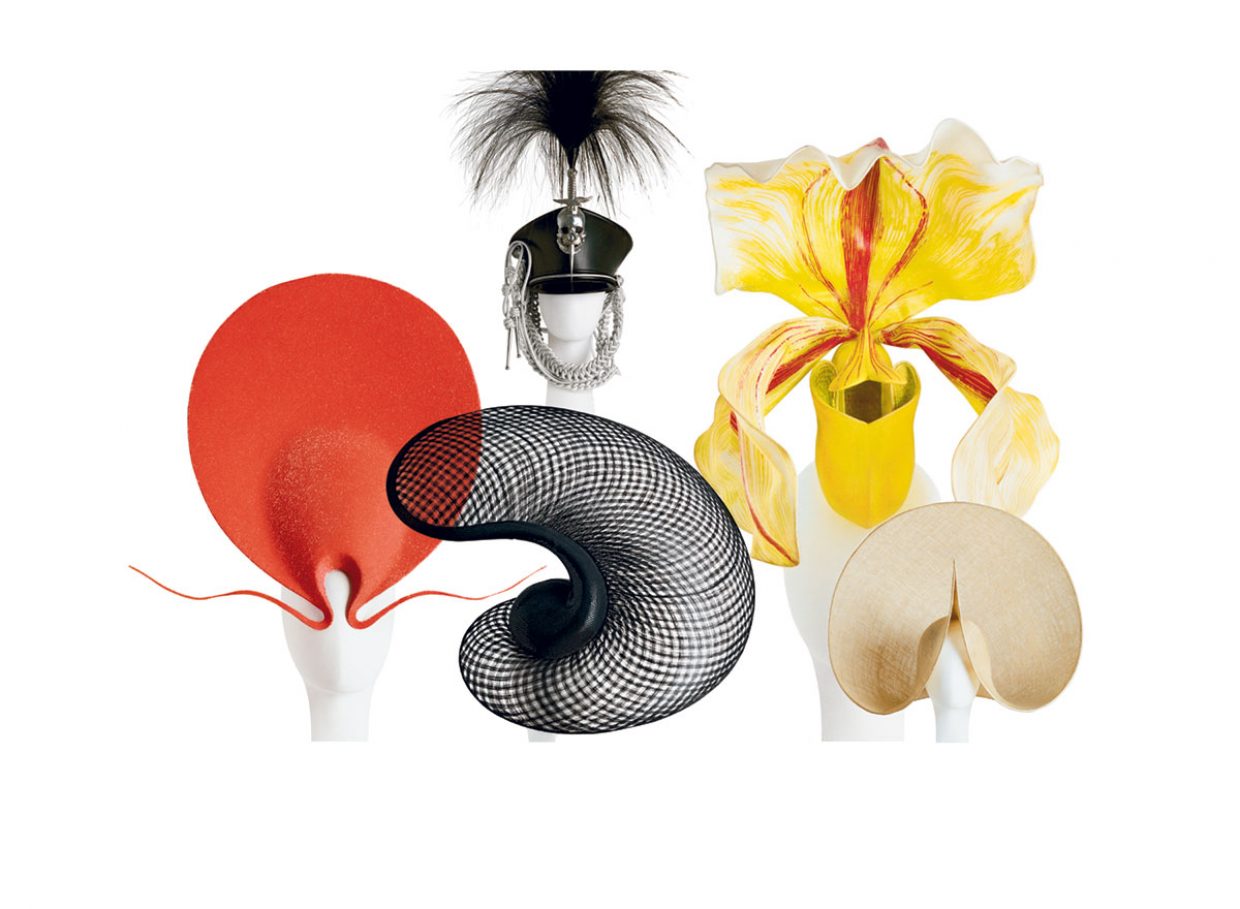 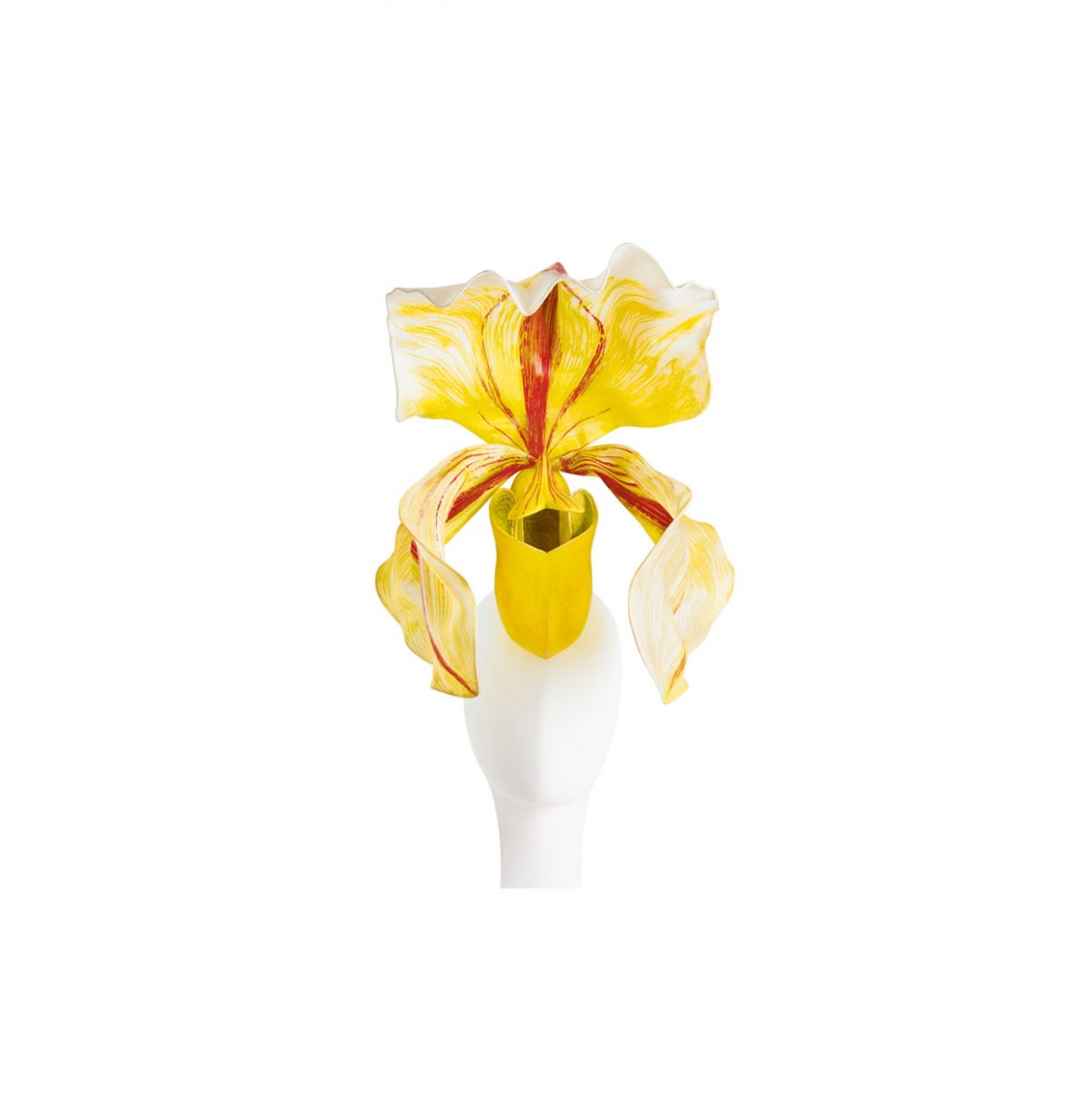 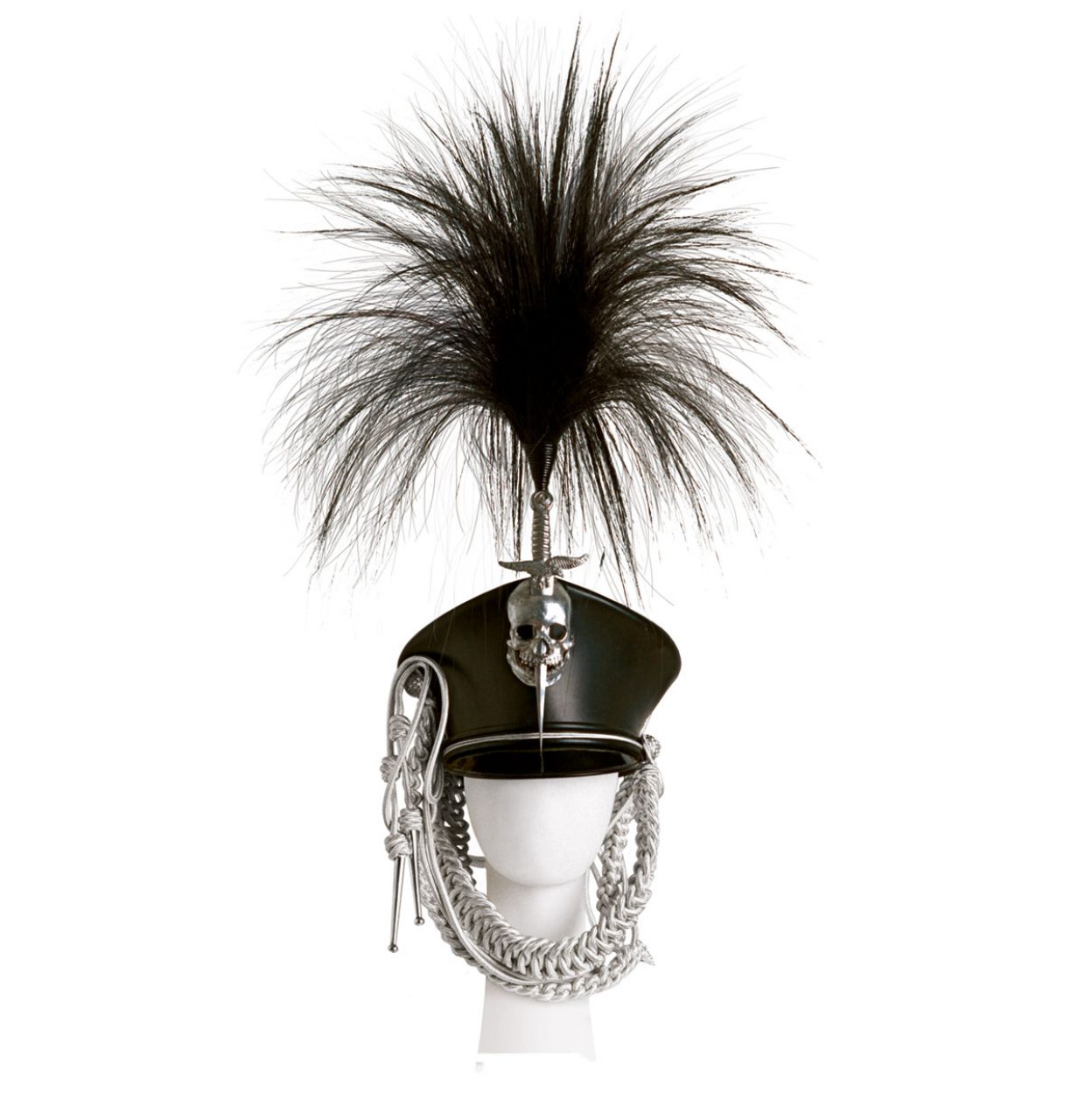 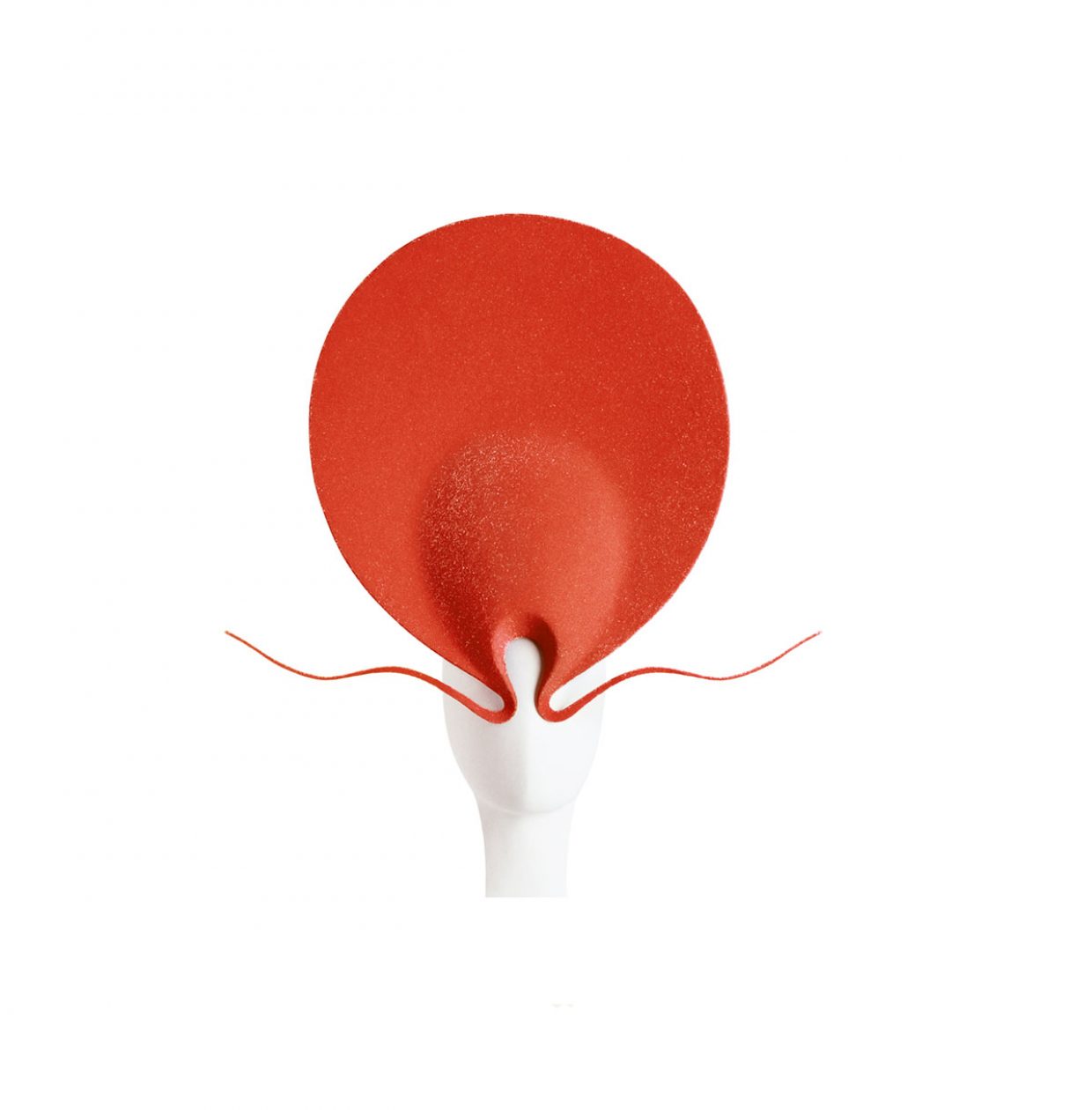 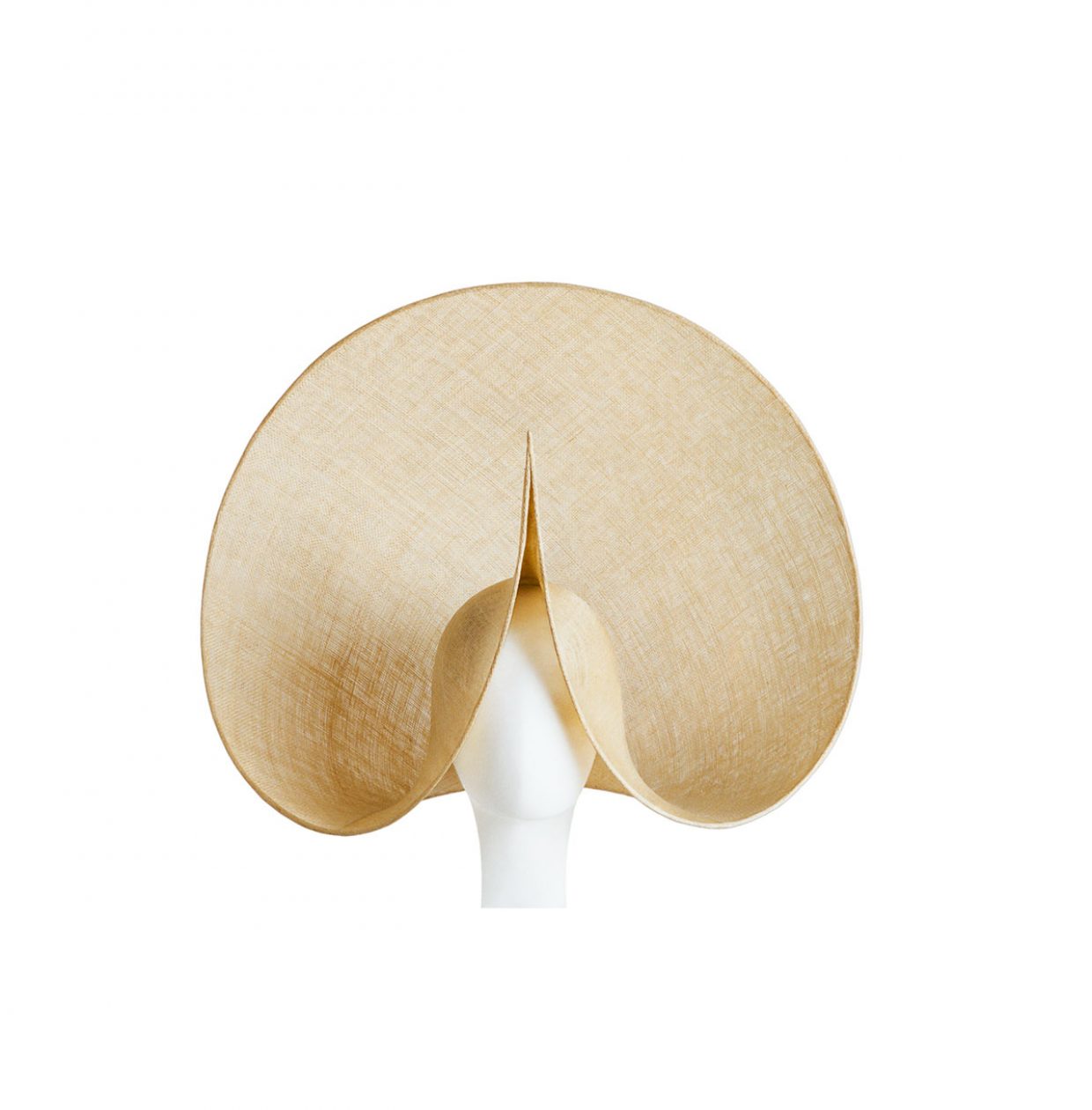 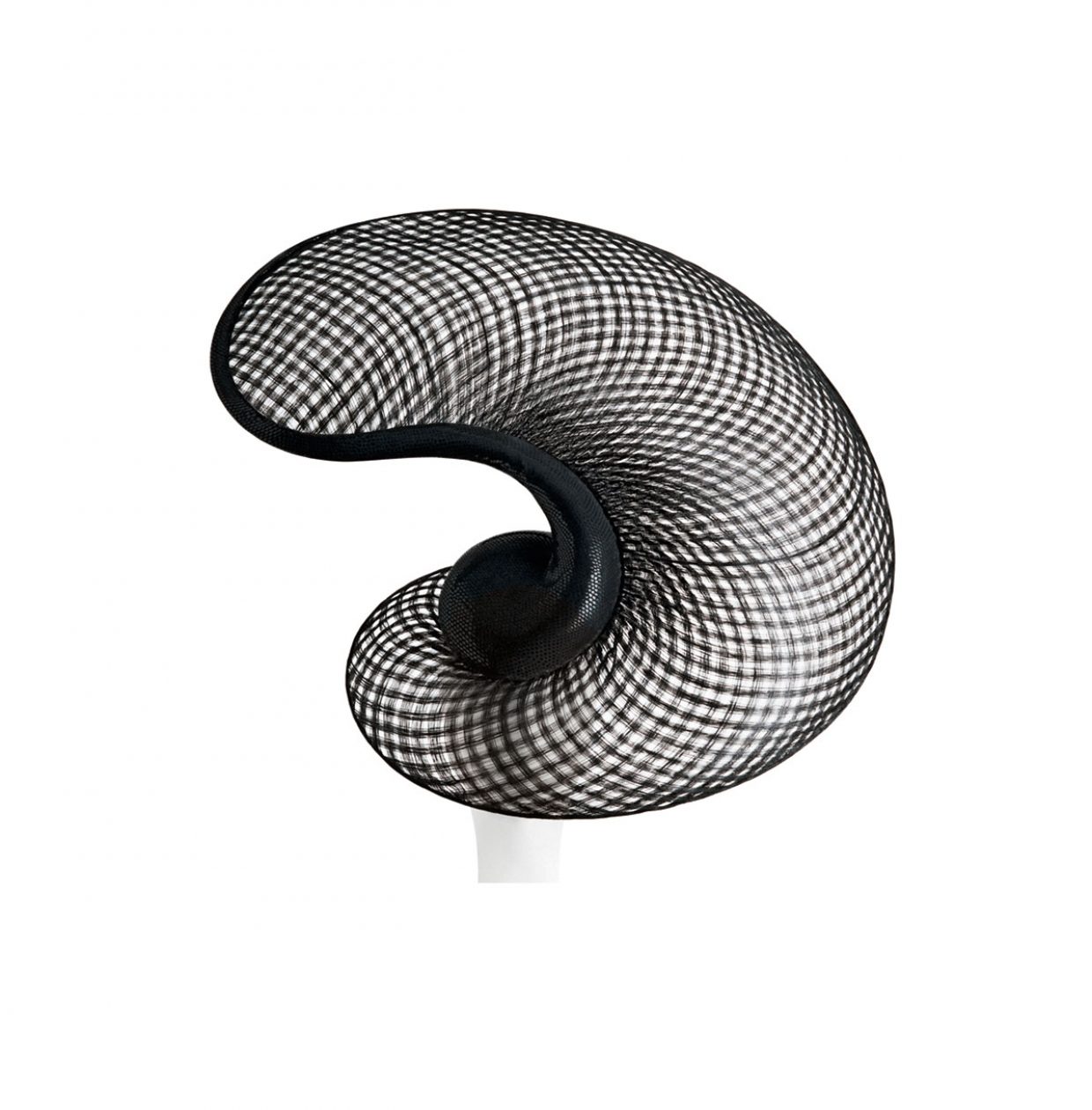 In service of his aristocratic clientele — from pop royalty to actual princesses — the London-based milliner Philip Treacy takes the already lofty practice of hat-making and allows it to float into a terrain so haute that it becomes extraterrestrial. His one-of-a-kind creations draw inspiration from alien landings, clerical garb, military pageantry, and often his own geometric flights of fancy. But for all their otherworldly craftsmanship, Treacy’s hats are as much about the minds they adorn. Take, for instance, his friend and muse Grace Jones, who first met Treacy when, after finding out that the milliner wouldn’t let his prized “Ship Hat” leave his workshop, took his entire staff to one of her concerts so that she could wear it onstage. Here, Treacy tips his hat to his most unforgettable toppers.

“This is from my first couture show in Paris. I had just come back from these world-famous orchid gardens in Singapore. When I saw the orchids, I thought, ‘Well, they look like miniature hats.’ I thought it would be entertaining to bring them to life. The most difficult thing to replicate is nature, but hat design is about making the impossible look possible. I made another one of these that’s even nicer and more dramatic, but The Met has it.”

“This one was for Alexander McQueen’s merry-go-round show. The way we worked together was kind of telepathic. Katy [England, McQueen’s creative director] would come visit me, we’d look through some shapes or molds, and then I’d develop it. It sounds like bullshit, but you really had to subconsciously travel into Alexander’s world. I worked hard looking at that butterfly, over and over again. He liked fantasy and danger and elegance—there had to be something extra that would thrill him.”

“The inspiration for this hat was an amazing documentary I saw about the Roswell U.F.O. incident. A spaceship crashed there in the ’50s and they found an alien that they brought to Roswell, and I just thought, ‘They’re amazing, these aliens.’ It inspired a whole series of hats, because aliens can be quite sophisticated. The tentacles on this hat go around the eye like eyeliner, but eyeliner that extends beyond the face. This one was made for the runway, but it’s been out and about on Grace Jones — Grace has worn all of these hats — and Isabella Blow, women who treat this kind of hat like it’s no big deal. Isabella was an amazing partner in crime, because if I ever thought, ‘These hats are too big, who is going to wear them?’ she was like, ‘Fabulous!’ She always treated a hat like it just happened to be on her head.”

“This hat encapsulates everything I love: religious imagery, nuns, the Vatican, high church. I grew up in Ireland, where Catholicism is a part of the culture. A very famous designer in England called Antony Price came to visit me one evening and he saw this hat, and he said, ‘Madonna rides again!’ Sadly, when this hat got exhibited at The Met last year, it was credited by that name and people thought it was named after Madonna and not the Madonna.”

“This is a matter of sitting down with a blank piece of paper and seeing what the pencil does. I draw, then I take the drawing into model form, and then we have a mold made in wood. It takes up to a month, and every single hat is a nightmare, but there is something nice about making something from nothing. You need to have balls to wear this hat, but that’s also what the hat gives you. Hats give people confidence. They are armor for the brief moments in life that are actually what life is all about: weddings, balls, parties, or even a day at the races. I like to imagine what will be on people’s heads in the future, and all of the devices that will one day be attached to us. As long as we have heads, there will always be hats.”