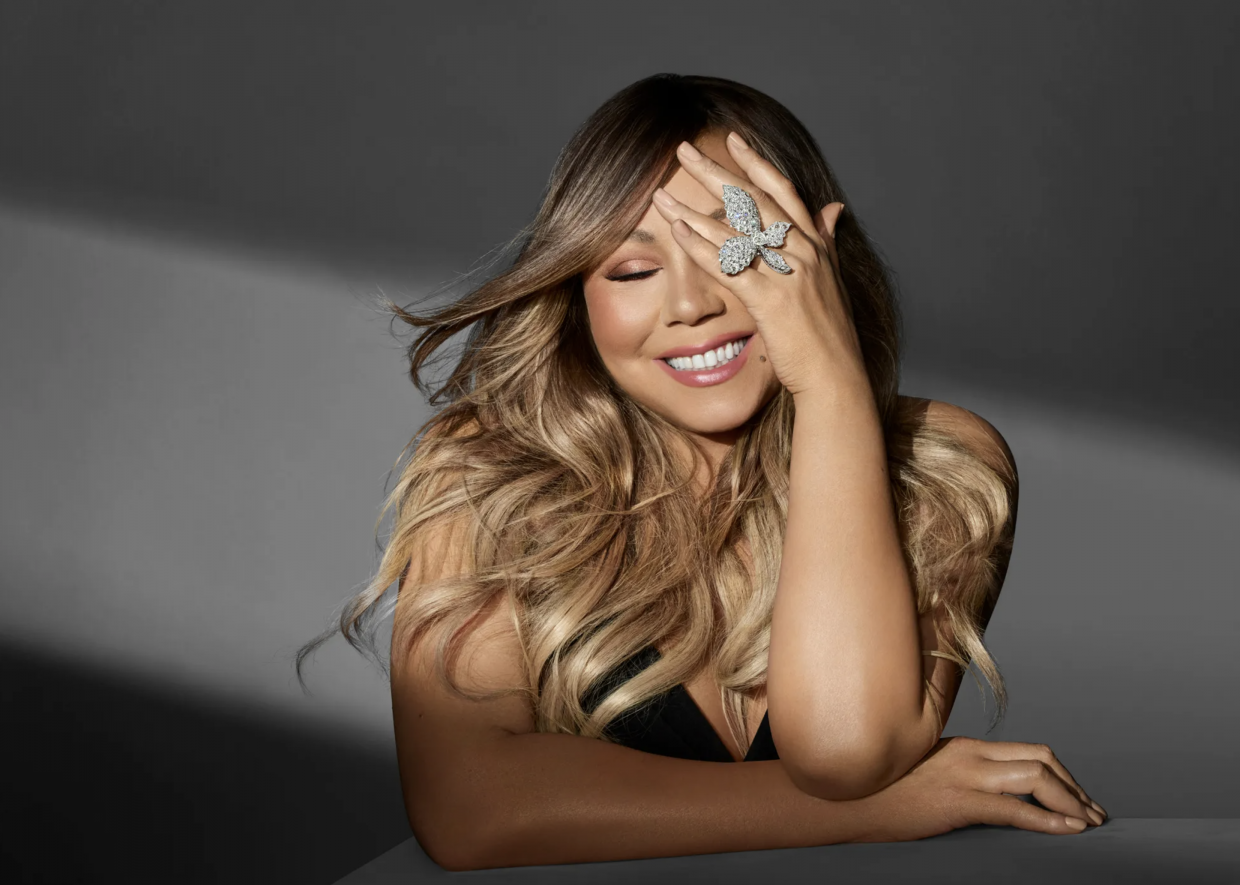 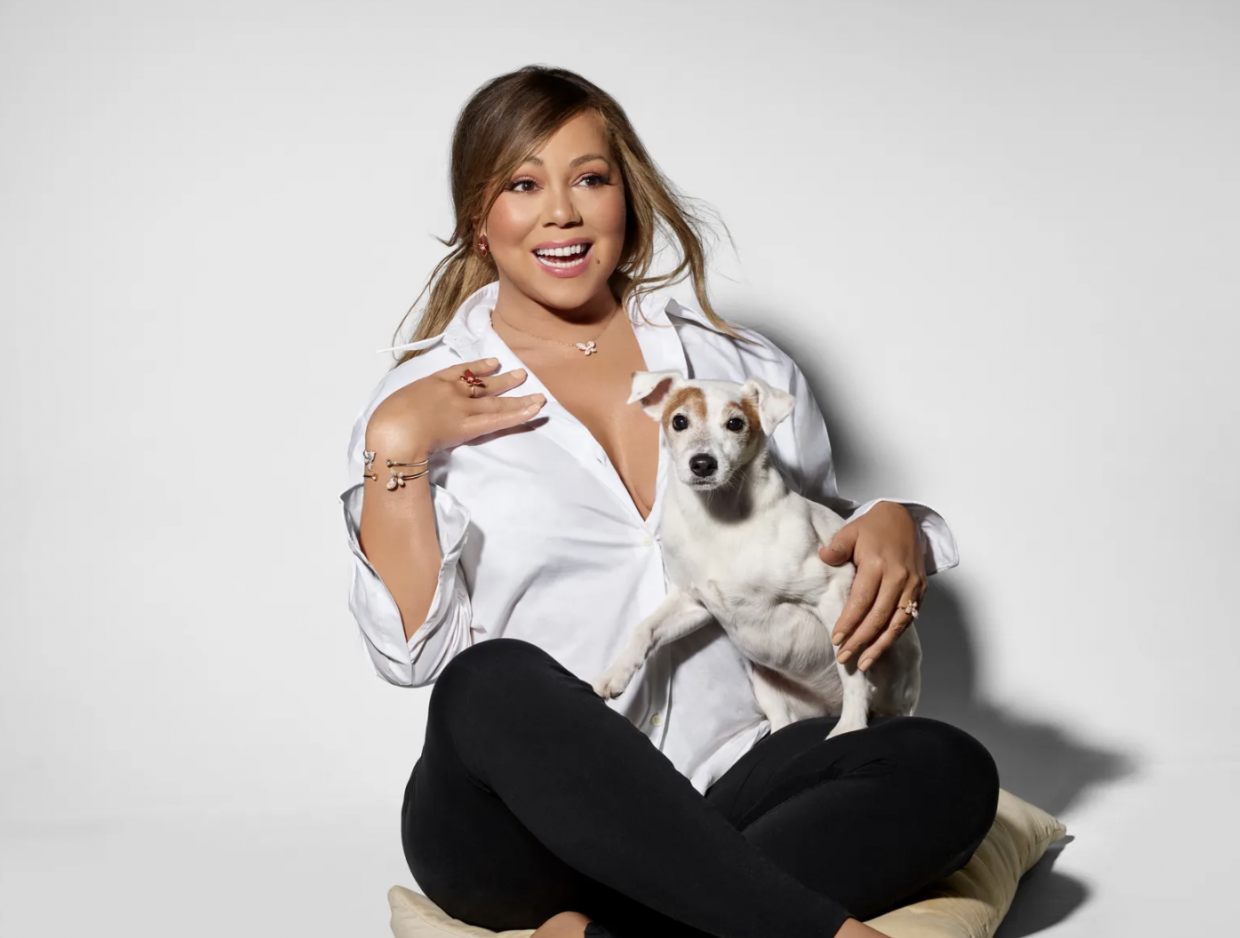 Mariah Carey and Chopard Debut a Flutter of Diamond Butterflies

This will surprise no one, but it’s an absolute joy to talk with Mariah Carey about diamonds.

“I don’t have birthdays, but if I did, they would be my birthstone,” Carey told Vanity Fair recently over Zoom (camera off, name set to “Mimi” and accented with a blue butterfly emoji). No small part of that joy is purely sonic. The warm depth of her voice is a pleasure to listen to generally, but there’s also a brightness that rings through it when a subject she likes comes up—like diamonds and when to wear them, for example.

“I don’t want to say, Oh, everybody in the world can wear this because we all know everybody can’t afford everything. I grew up with nothing, so let’s not get it twisted that I think everybody on earth can afford diamonds,” Carey said. “But if you can and you make an investment in a quality piece, this is something that I think people could wear with multiple types of looks. Whatever your vibe is for that day.”

“I’ll be sleeping in it,” she added. “And there’s no doubt about that.”

The collection was two years in the making. It began with a phone call from Scheufele, during which the artistic director sketched out a glamorous butterfly collar.

“Working with Mariah was such a pleasure, but it was a bit different for me, as we had to do everything virtually, since neither of us were able to travel. We worked together on Zoom, on email and on WhatsApp, collaborating to make sure everything would be perfect,” Scheufele said. In her sketches, she was guided by Carey’s love of the butterfly and Chopard’s own Happy Diamonds range. Not a terrible way to spend a pandemic, and symbolic, too, if you frame the shutdown as a period of metamorphosis on the other side of which emerges this bright and sparkling thing.

More personally, the collection weaves the warp of Carey’s aesthetic loves and the weft of her manifold accomplishments: She just celebrated the Diamond certification of All I Want for Christmas Is You, and she’s also celebrating the 25th anniversary of her seminal Butterfly, the album for which Mariah Carey emerged as Mariah Carey, and one that made her a lepidopterist for life. The result, in the performer’s own words, is “major.”

The two collections are available for high-gifting season, excellent timing considering Carey famously loves Christmas. “I asked my daughter—I was like, Who do you think loves Christmas more: me or you guys? Because of course it’s all about my kids now, where I just used to do this for like my friends’ kids or my friends. My daughter was like, I think it’s equal. She didn’t say I loved it more. But you know, for a kid to say that it’s equal, you know, that’s huge.”

I wanted to ask her who might be receiving one of her Chopard pieces this holiday season, and in doing so, called her the “undeniable queen of Christmas.” This was a bit of a misstep, considering another singer who specializes in Christmas tunes had recently made headlines by attempting to prevent Carey from trademarking the title “Queen of Christmas.” But Carey has been doing this too long to allow words to be put in her mouth, and she was quick to correct in a sing-song cadence: “I did not say that. Some other lady that I had never heard of said something like that. Other people have said that.

“I will tell you this: I love Christmas, and it’s my favorite time of year,” she said. “But I’m just the queen of my own self.”

In any event, Chopard’s Mariah Carey Collection would have a home in any gift wrap, and this year, Carey herself is “hoping to find a fabulous gift under the tree from this collection.” Right now, as summer recedes and the leaves begin their own transformation, is an excellent time to start wishing for such a thing.