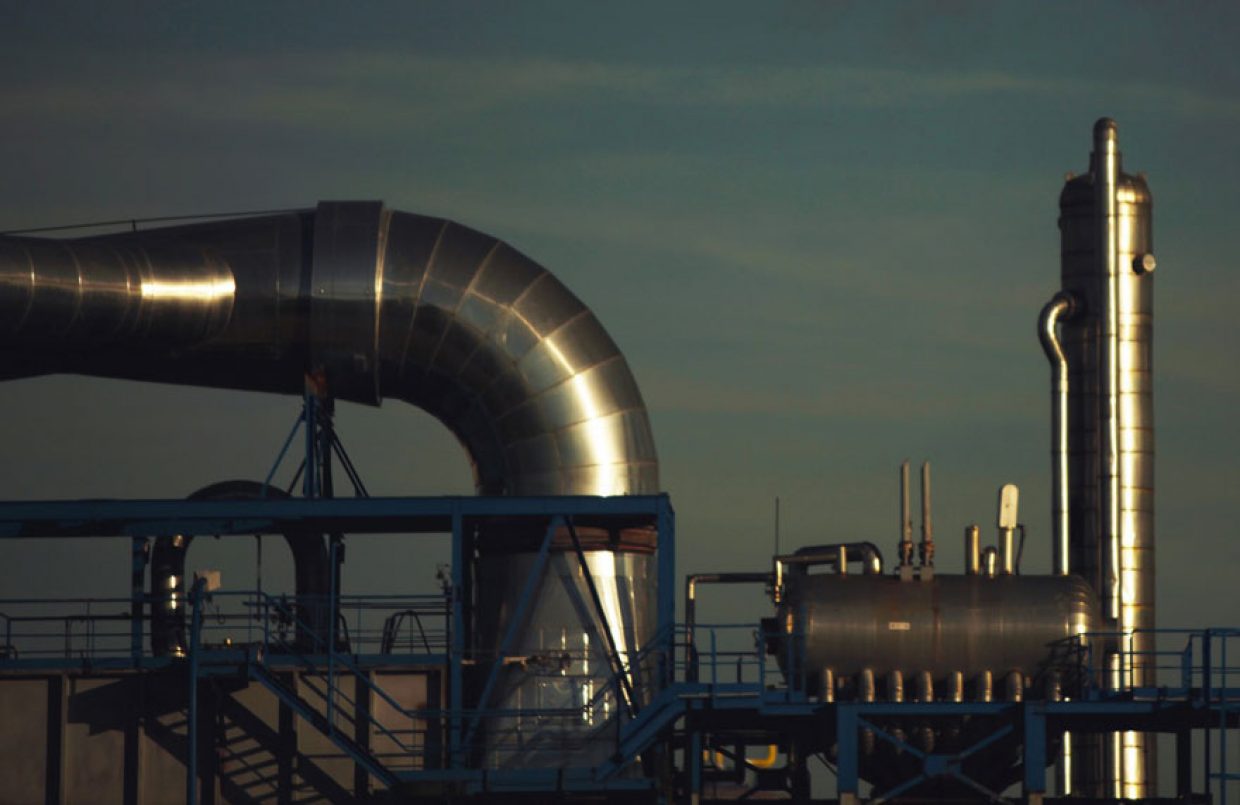 PARIS, France — It was October 1988. In an old Parisian theatre playing host to a runway show, 22-year-old music producer Frédéric Sanchez was on the cusp of his fashion debut. He’d been invited to collaborate with a new acquaintance and a former Jean Paul Gaultier assistant named Martin Margiela. It was a seminal moment for both men — Margiela was also making his own debut. As the now-iconic Tabi boot made its first appearance, leaving its cloven footprint in red paint as the models walked along the runway, Sanchez provided the soundtrack.

“We had the same ideas about fashion, music, sound, how to create,” Sanchez recalls. To compliment Margiela’s unconventional design approach, instead of mixing, he made a sound collage using reel-to-reel tape. “I was editing music, like, in cinema,” he says. He also placed microphones in the backstage area, “so when people were entering the show, they could hear what was behind, what had been in the head of the designer.” It provided an unfettered peek into the mind of the elusive Margiela, who would come to be known as fashion’s “invisible man,” categorically turning down interview and photo requests.

Sanchez has since made a career out of collaborating with designers on a conceptual level, his carefully-curated, cerebral soundtracks cementing his place as one of fashion’s most respected show music producers. He’s matched Miu Miu with movie dialogues pulled from the films of Visconti and Fassbinder; he’s mixed Metallica and Beyoncé together for pop culture aficionado Marc Jacobs; played Britney Spears’ “Work Bitch” for an empowerment-themed Prada runway; and staged a Margiela promenade in half sound, half silence.

Sanchez is the master of a minimal soundtrack. He loves the idea of a “soundscape, layers that you don’t really notice at the moment of the show, but maybe a few hours later, you’re going to think about. Almost like a perfume that stays on your clothes. Sound is not like an image,” he continues. “It’s much more. If you have five people who listen to a sound, they might come away with five different impressions. That’s something I really like. There’s something quite magical about it.” The idea of audio-storytelling reverberates through Sanchez’s work. “Someone like Orson Welles when he was doing radio, sound illustrators in the ’50s and ’60s, they were almost doing films with sounds. This was very inspirational for me about how sound can be.”

Even at a young age, Paris-raised Sanchez intuitively connected with sound. His earliest childhood memory is his grandfather listening to Spanish radio. Abbey Road, the Beatles album his sister brought home from London when he was six or seven, acquainted him with the idea of music as a vehicle for storytelling. “I really fell in love with that record,” he says. “The second side, there’s no gap in between songs — it’s almost like you have one track.”

Music was also Sanchez’s gateway to fashion. As a teenager he “was really into” Joy Division and New Order, who had album covers by Peter Saville, the same graphic designer who worked on Yohji Yamamoto’s iconic lookbook-style catalogues in the ’80s. After dropping out of college, Sanchez dabbled in public relations work, first at a theatre and opera house, then as the assistant to fashion publicist Michèle Montagne. There, Sanchez recalls, “It was this environment of all these very creative people. [Montagne’s] husband Marc Ascoli was the art director for Yohji at the time. She was working with Martine Sitbon,” who would soon be named creative director of Chloé. And “it was just before she started working with Helmut Lang.”

“After three months,” he says, “I realised that public relations was really not my thing.” But a seed had been planted. “I was always playing music in the office. Once, Martine had a problem with her soundtrack, and Michèle told her, ‘Ask Frédéric — he knows music really well.’ She explained her collection to me, I pulled together a lot of records and ideas, and I started to think: maybe there is something to do with this.”

At the end of the ’80s, when Sanchez first delved into show soundtracks, “most of the shows were still in the format of the ’70s, which means a very, very long show,” he says. “There were 150 outfits, all with different themes. Usually there was one [type of] music by theme, so it was not continuous.” His first show with Margiela in 1988 was “25 or 30 minutes” long, he estimates. “Now, a show is eight or 10 minutes.”

The process of creating a show soundtrack depends on the client, Sanchez says. “With Miuccia Prada, it starts with incredible conversation about the clothes, the fashion, but also politics, what’s happening in the world. With someone like Rei [Kawakubo of Comme des Garçons], she’s not going to talk, but it’s very important for her to show me the clothes.” For her Spring/Summer 2015 show, Kawakubo simply gave him the word “red” as a starting point.

Sanchez characterises the process as a duet between the designer and himself, a creative back-and-forth that takes about 40 hours of work from start to finish. The working period can span months, a few days or, in an extreme case, overnight. “With Guillaume Henry from Nina Ricci, I’d only worked with him once before, so for the [recent] October show, we started working in July,” Sanchez says. “With [Miuccia Prada], we start maybe a week before the show. But it’s different. Because I’ve worked with her for 20 years, I’m looking for sound for her all the time. It’s not like I arrive a week before and say, ‘So, what are we gonna do?’ I already have all these things in mind.”

Sanchez is constantly researching. “We have over 100 hard drives [in my studio] covering every kind of music: classical, opera, experimental jazz, music scores,” he says. “Plus, I’m buying records, films, books almost every day. In the beginning [of my career], I was always going to record stores, but now with Amazon and eBay, it’s nonstop. I’m always reading about experimental music from the ‘50s, ‘60s and ‘70s; when I read something I don’t know, I go on the Internet and then, maybe this artist is related to this artist… suddenly you have a huge vast world [to research and discover].”

With Kawakubo, a sort of kismet happened this past season. Sanchez had been watching David Lynch’s Blue Velvet when he saw “this band I really like, Tuxedomoon, was going to release a record about Blue Velvet. I got a copy from the record label, listened to it and thought, ‘Maybe I should keep that for Rei.’ When I arrived at her studio a month later, I showed her the record, and she said, ‘You’re kidding. That’s something I’ve been thinking about also.’”

Often, Sanchez and the designer will decide on the base of the soundtrack — a general direction — and make tweaks as the show nears. “We build up the soundtrack as the collection and the styling [are decided],” he says. “The hair, the makeup, the attitude you want to give to the models, the venue — all these things are important to creating the soundtrack.”

“You have to be flexible,” he maintains. “It’s something you learn with fashion — it’s better to be quick and flexible. With theatre or film, you have something like eight months [to work through the creative process]. Two years. [With fashion,] it’s really quick and there’s no rehearsal. Often it’s a little bit like by magic that things happen.”

Indeed, sometimes shows don’t happen as planned. A few seasons ago at Marni, there was an unexpected power failure. “We had to do the show with no lights and no sound,” Sanchez says. A similar situation happened at a Givenchy men’s show in 2011. “I pushed the button, and everything stopped,” he recalls. “That’s the interesting thing about fashion — everything is last-minute. You can’t control everything.”

Flexibility can also mean having to change an entire soundtrack immediately before a show. “Once, for a Vuitton show with Marc Jacobs, we had the soundtrack almost finished the day before, when I realised that Gucci had done the same thing. We changed the soundtrack completely, overnight.” Sanchez prides himself on creating “made-to-measure” sound for each show. “For me, it’s very important to give this exclusiveness,” he says.

To that end, he sometimes composes an original piece for a show. At Calvin Kleinthis past season, “I had the sound moving in the space — it’s something that I do for my personal work, and so Francisco [Costa] asked me if I could do it for the show,” Sanchez says. “They built four huge speakers in the room, and with computers, I made it so that in a certain part of the space you could hear certain elements of the soundtrack — the sound was moving the whole time.” Each person in the room heard something different.

In a way, the runway soundtrack is one of the last pieces of fashion to remain exclusive to the people sitting in the show venue. Because of music licensing and copyright issues, the soundtracks Sanchez creates are often replaced in the videos of shows that appear online. “What people are listening to on the Internet is not what people are experiencing at the shows. [Only] during the livestream can they listen to [my soundtrack online]. Usually the sound is changed, because the rights [to the music] would cost a fortune.”

Thus, Sanchez creates his soundtracks “for a live performance,” he says. “The way you experience the show live in a big room is not the same thing as when you experience it on the screen. What you see is very different, which means that when I look up my work on the Internet, I [usually] wish to do something else.” Indeed, when it comes to the soundscape, Sanchez thinks designers should do more to consider the experience of the online show viewer. “I think there’s a lot of things still to be done with this.”