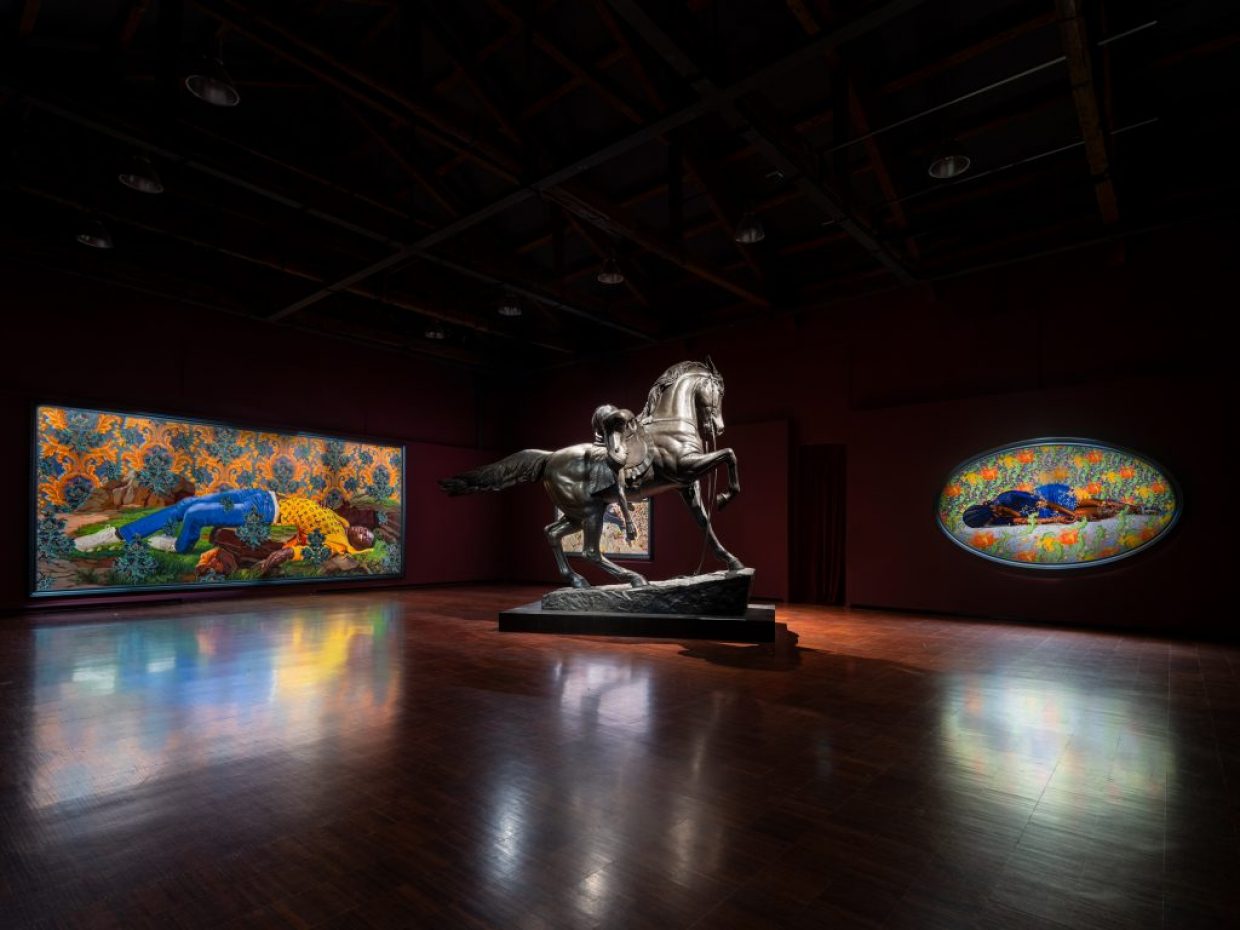 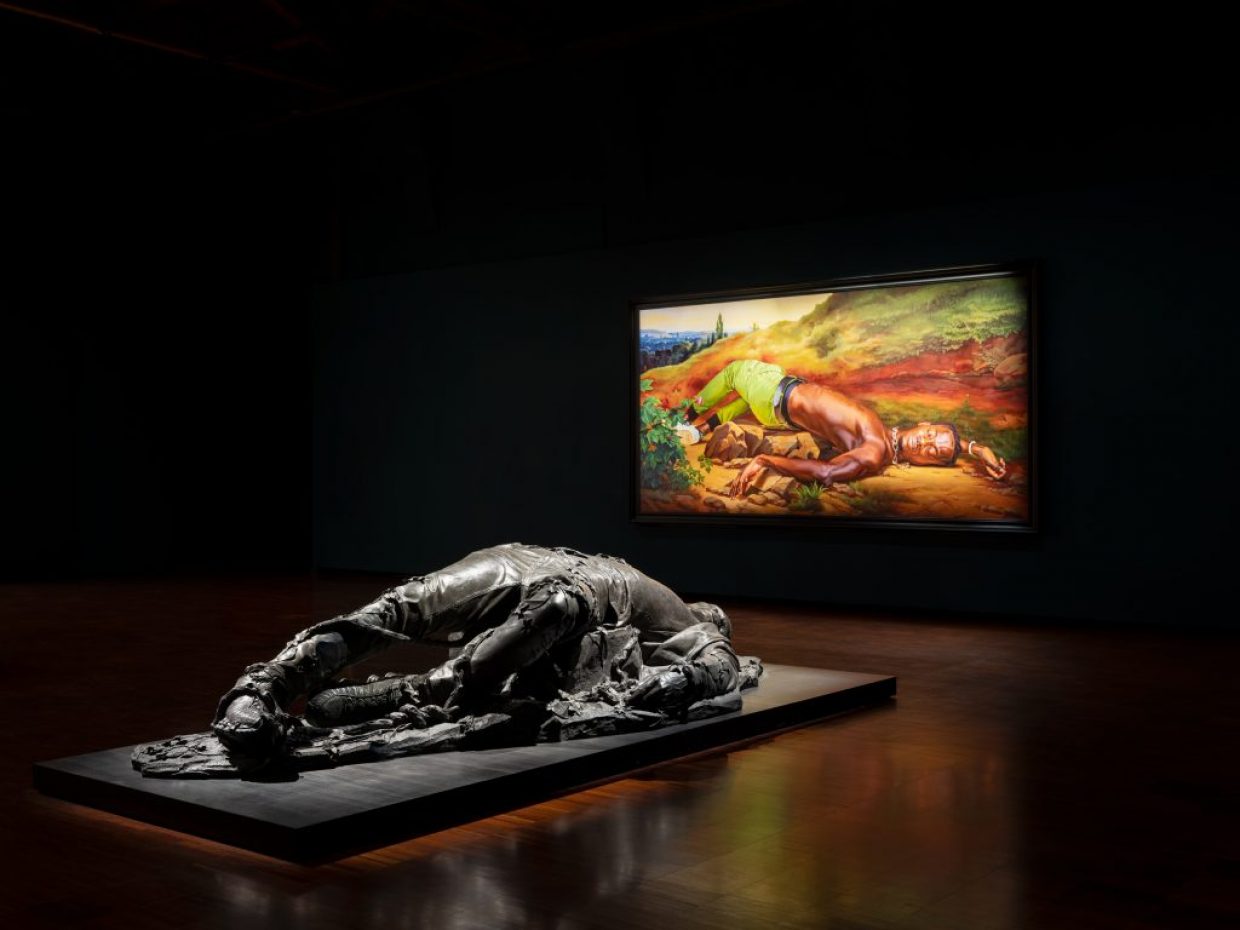 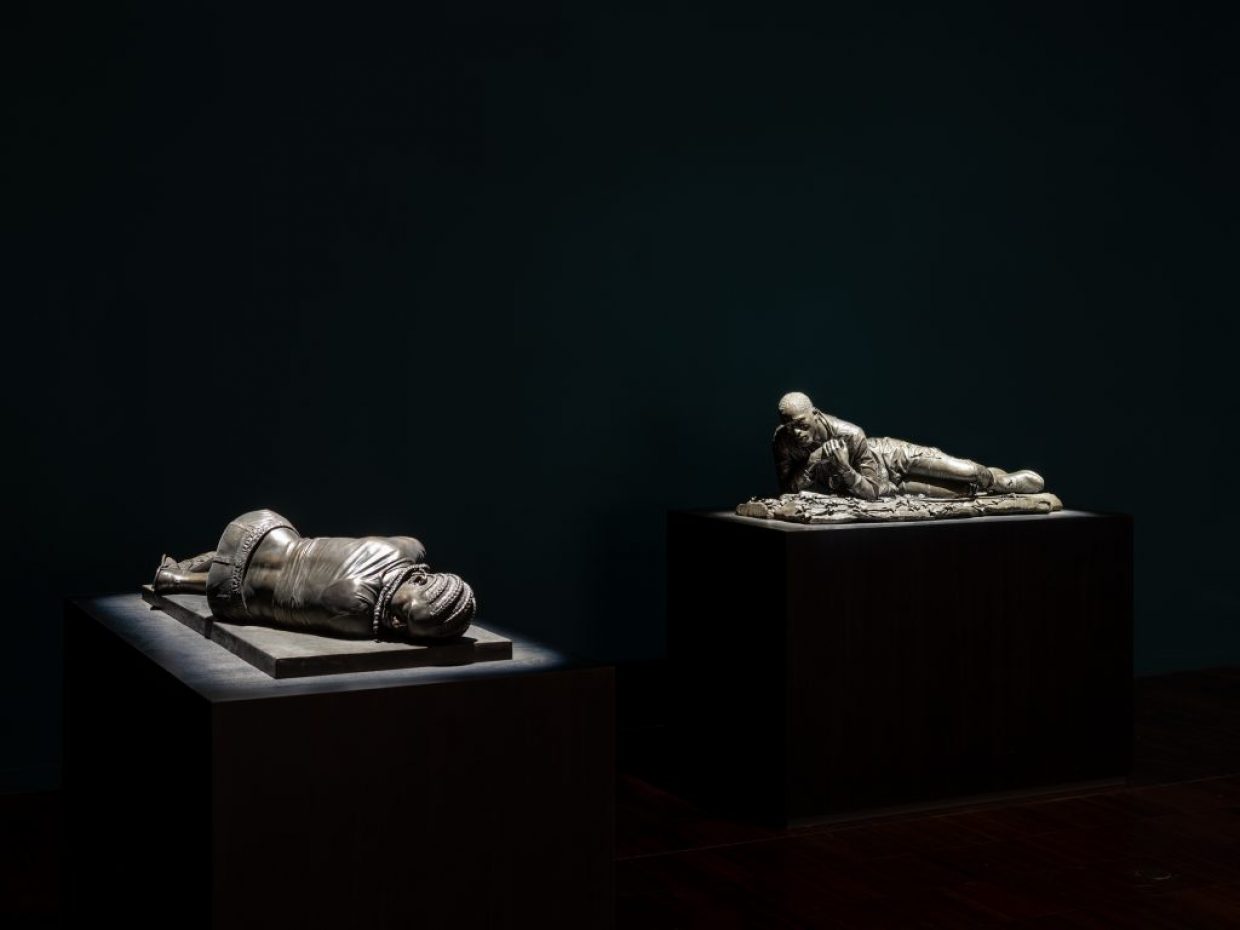 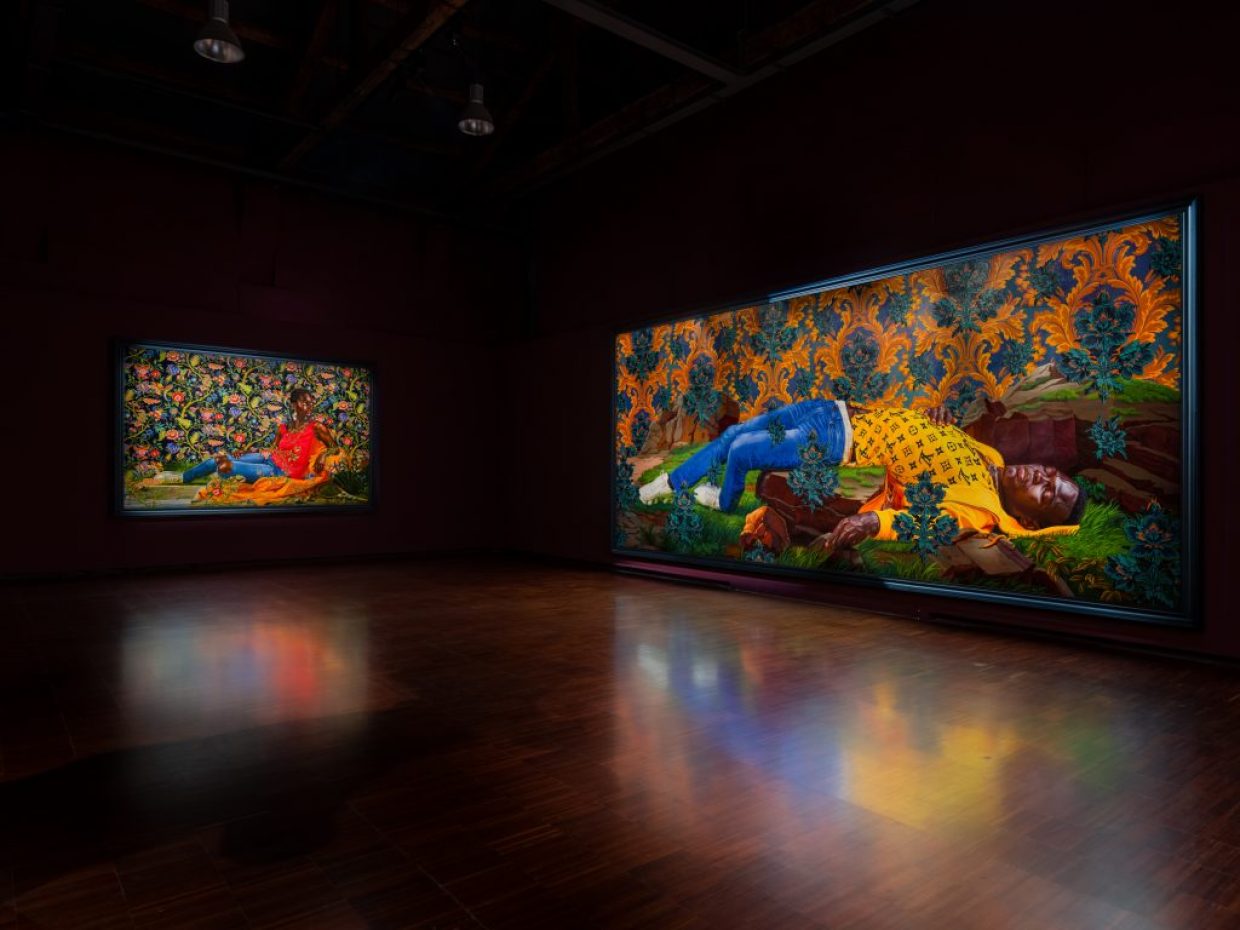 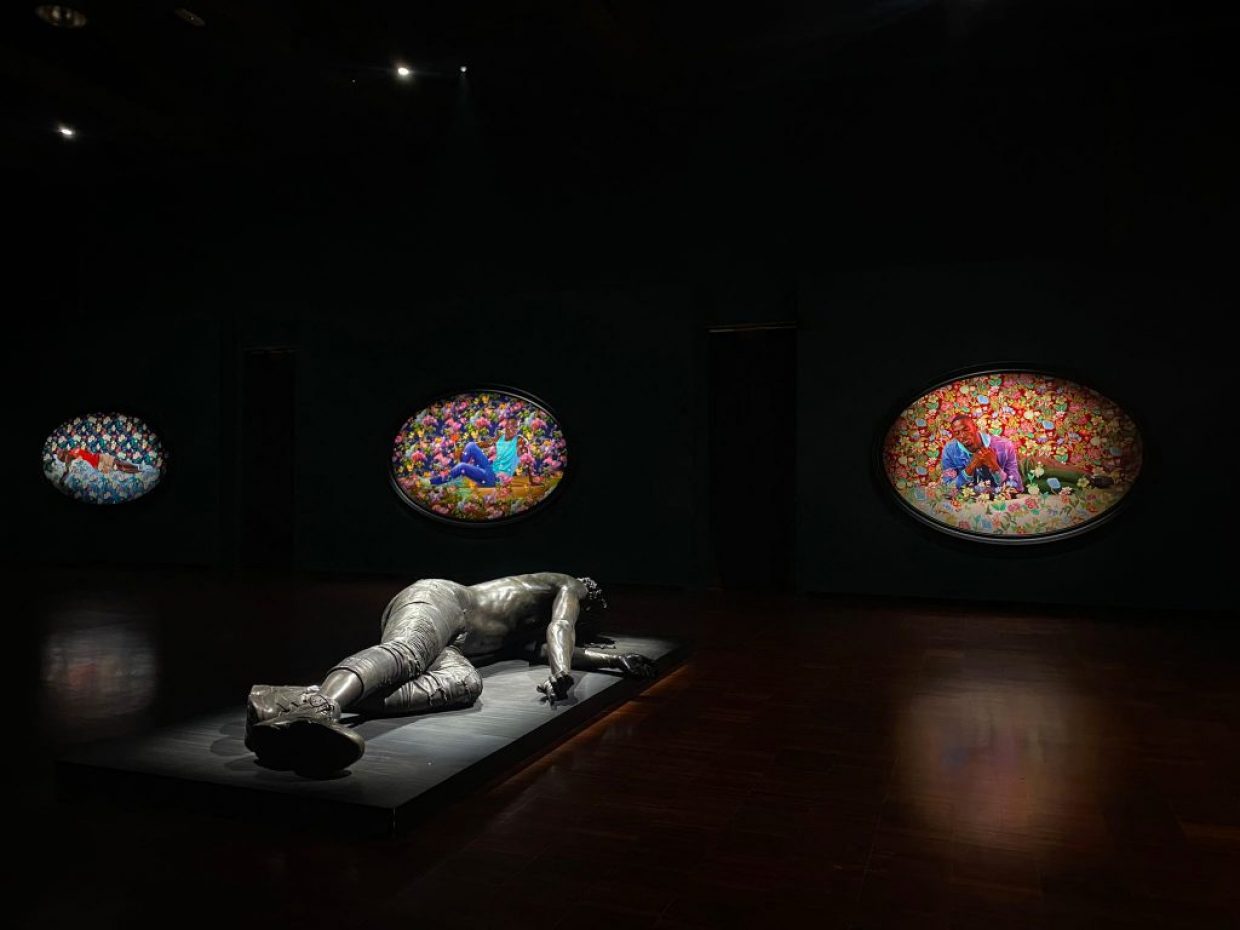 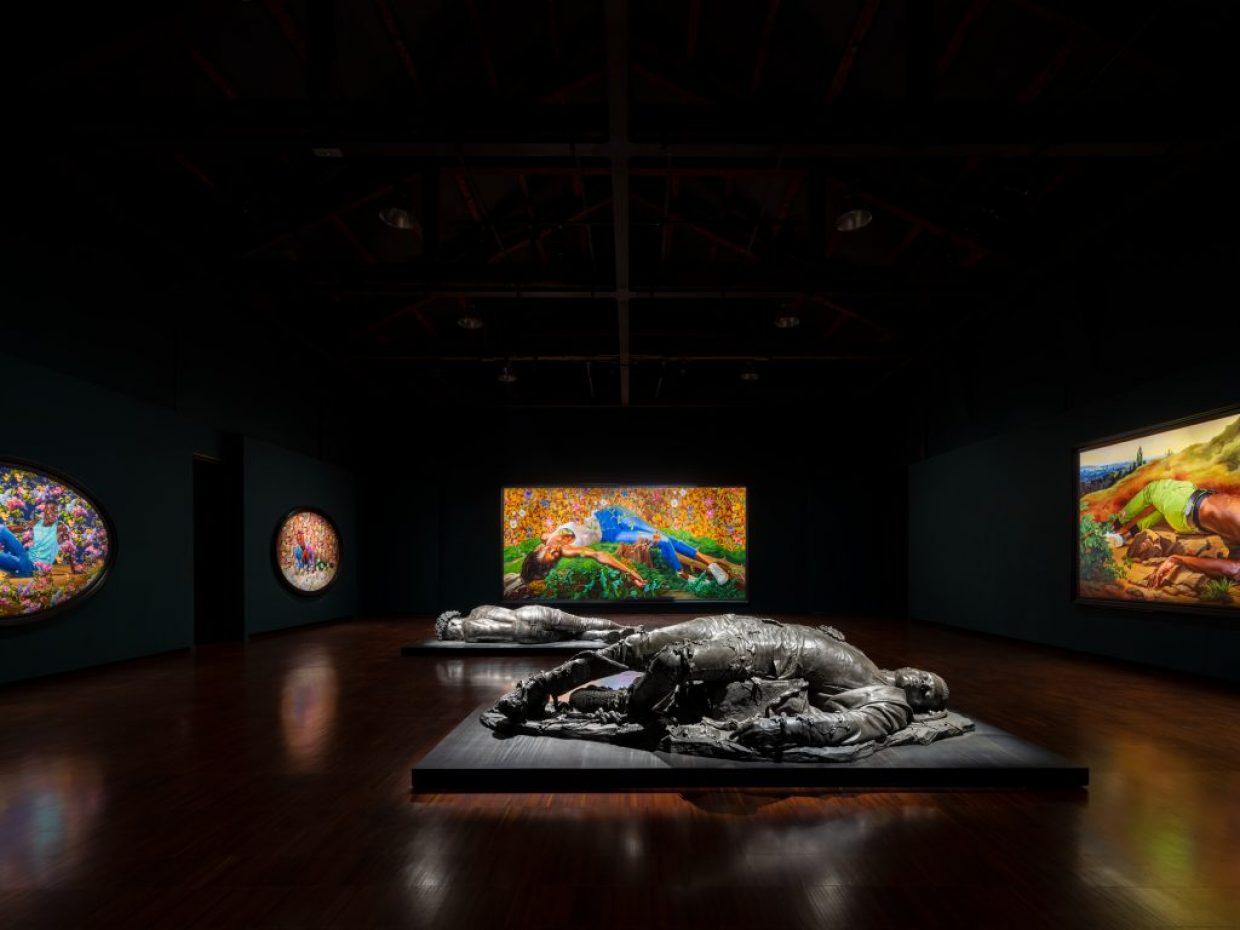 The ancient Hellenistic marble the Dying Gaul is among the most famous—and unusual—sculptures from classical history. The tenderly wrought work, now in Rome’s Capitoline Museum, depicts a Celtic warrior dying heroically in defeat, following a battle against the forces of Attalus I, the King of Pergamon, who commissioned the piece. The sculpture is renowned for its depiction of an enemy combatant as a heroic and empathetic figure, and it comes to mind as an important precedent for Kehinde Wiley’s “An Archaeology of Silence,” a mesmerizing exhibition of paintings and sculptures on view through July 24 at Venice’s Fondazione Giorgio Cini.

In this exhibition, organized with Paris’s Galerie Templon and curated by Musée d’Orsay director Christophe Leribault, Wiley confronts the brutalities of American and global colonial pasts through the visual language of the fallen hero, reverential imagery rarely bestowed on the victims of these exploits. Here, monumental new paintings and sculptures expand upon Wiley’s pivotal 2008 series “DOWN,” which took inspiration from Hans Holbein’s painting The Body of the Dead Christ in the Tomb (1520–22) and images of fallen soldiers. Wiley coopted classical pictorial forms of portraiture to depict Black bodies in moments of violence, suffering, and even death.

In his newest works, the artist extends these considerations to meditate on the deaths of young Black men slain all over the world—deaths that, prior to the ascendence of smartphones and social media—often went unwitnessed, unacknowledged, or silenced. Here, Wiley’s masterful paintings and sculptures serve as beautiful elegies that sanctify these victims as martyrs in the resistance against colonialism. Of the exhibition, Wiley explained, “That is the archaeology I am unearthing: The specter of police violence and state control over the bodies of young Black and Brown people all over the world.”

“Kehinde Wiley: An Archaeology of Silence” is on view at the Fondazione Giorgio Cini, Venice, Italy, April 22–July 24, 2022.