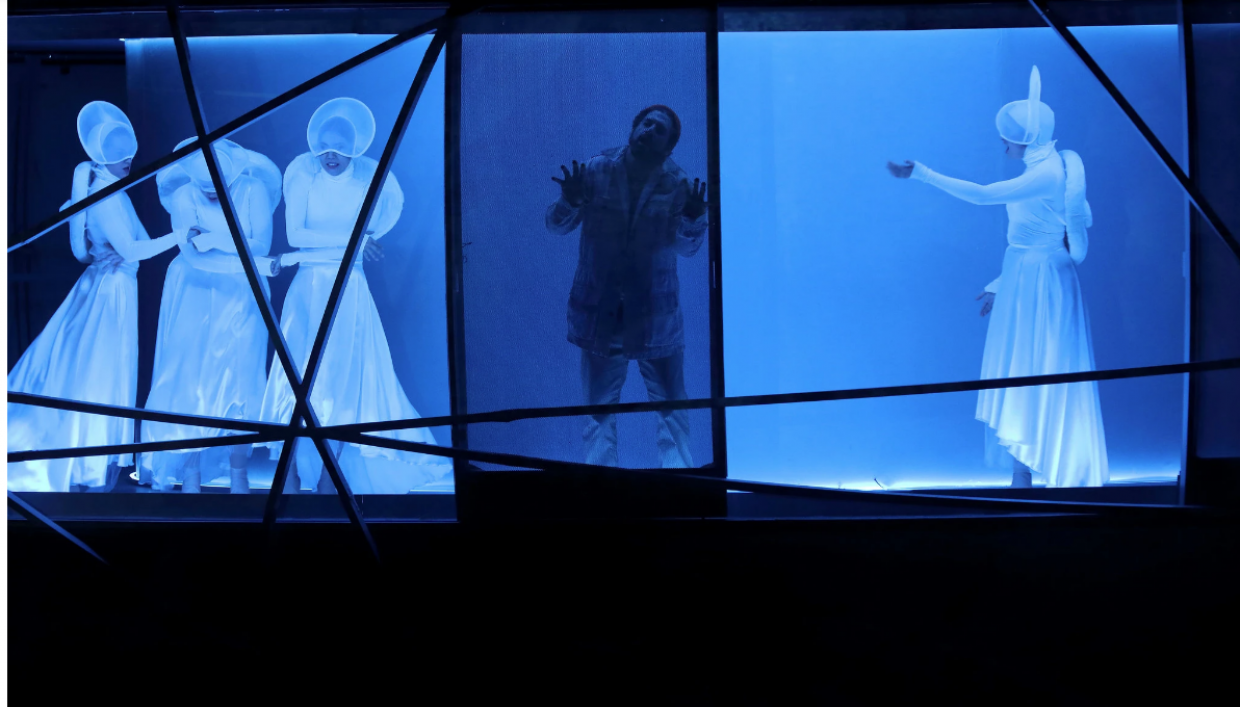 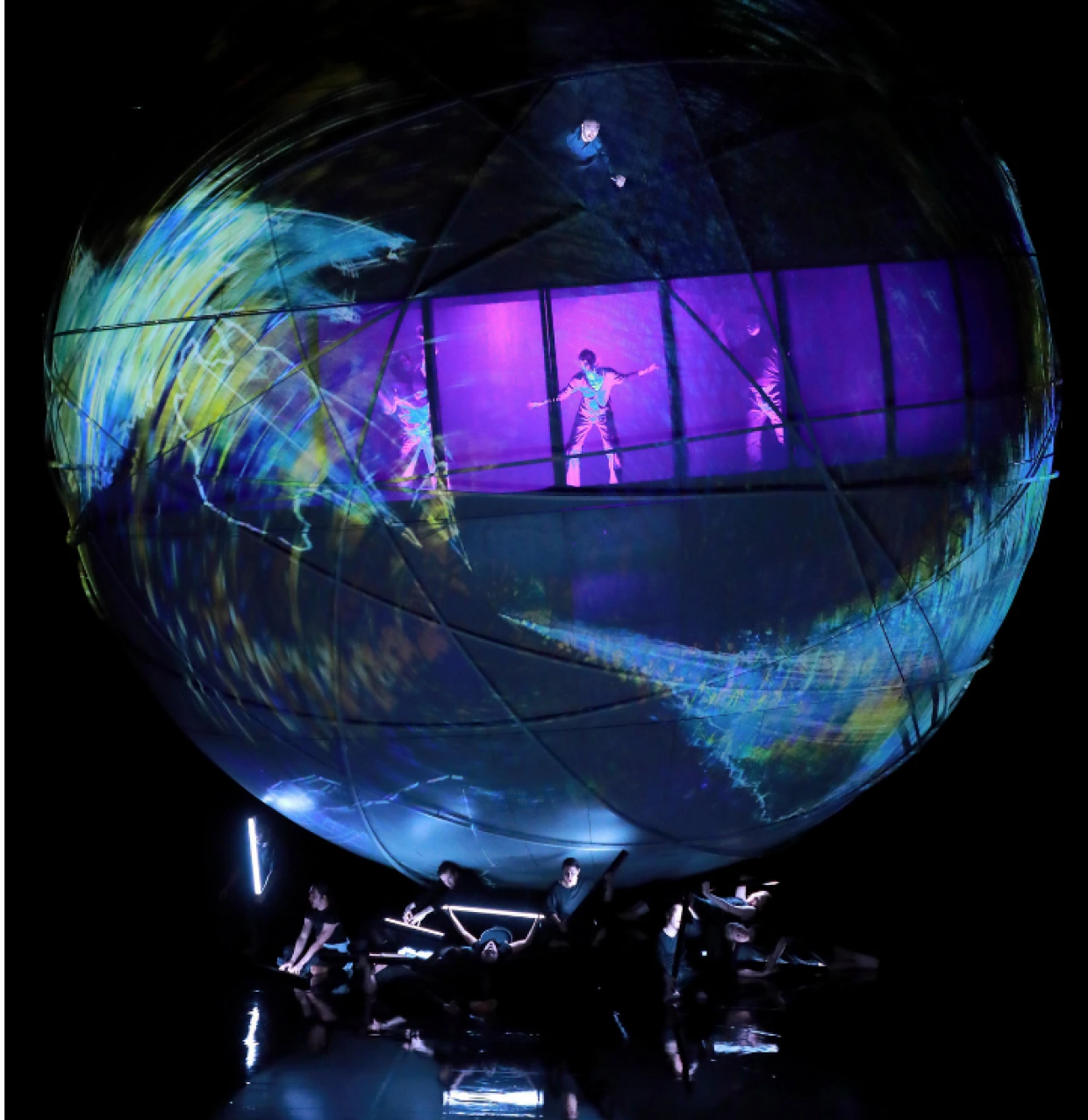 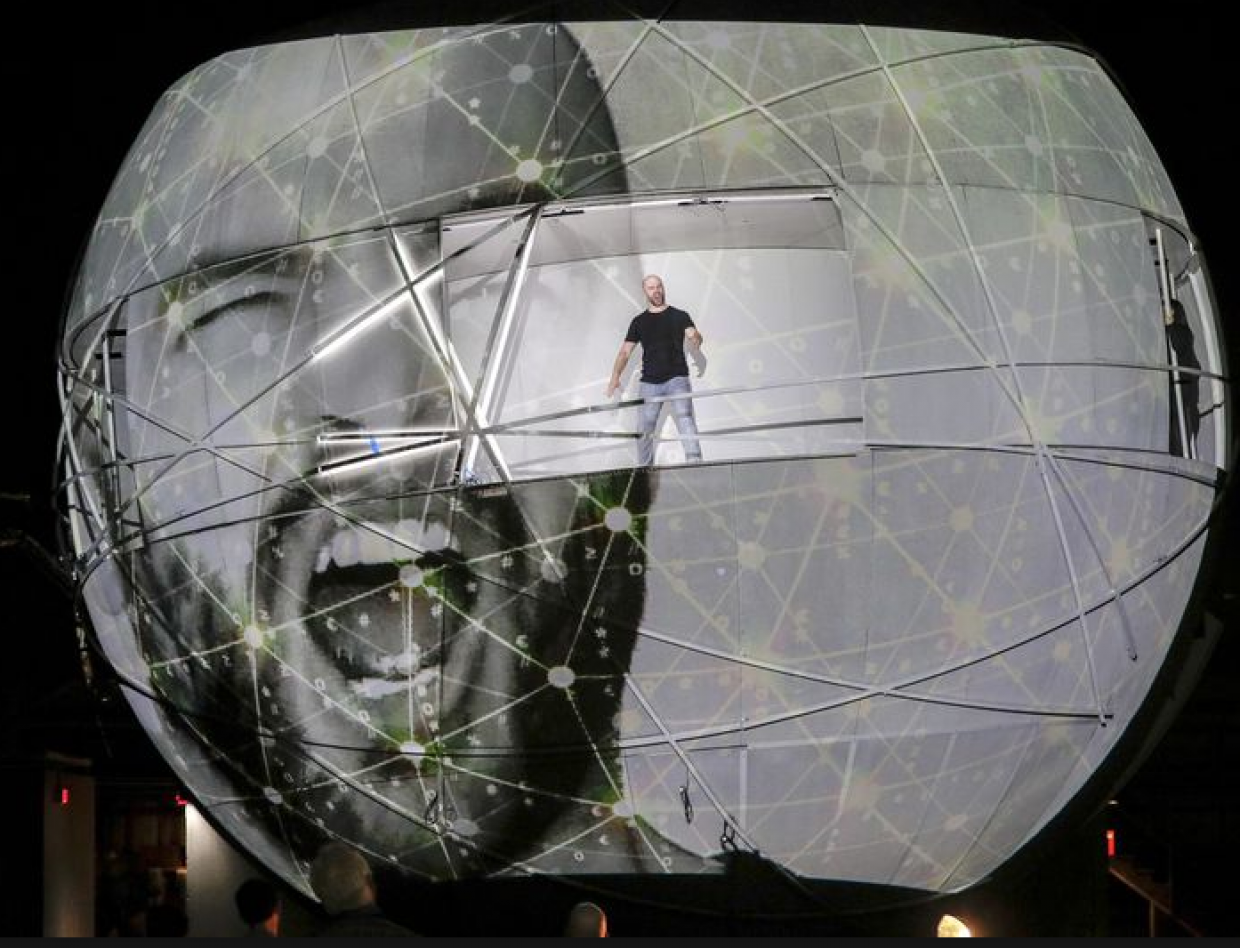 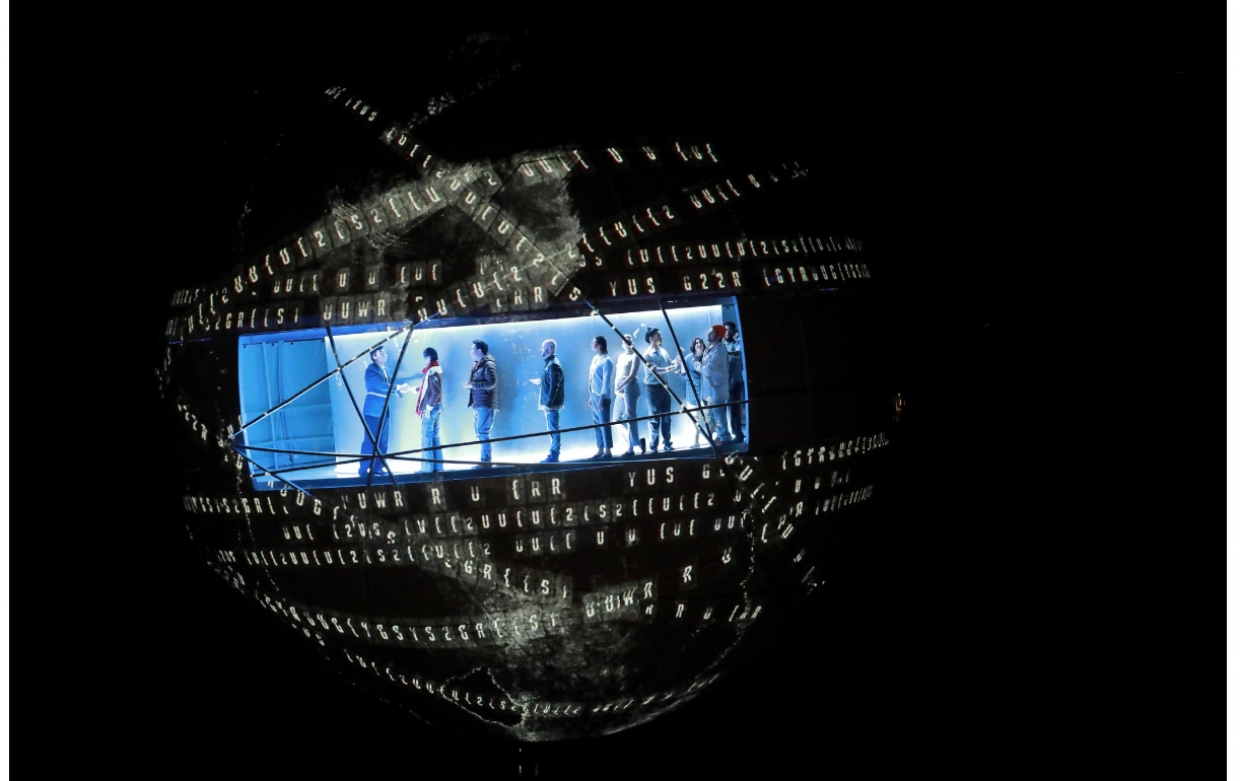 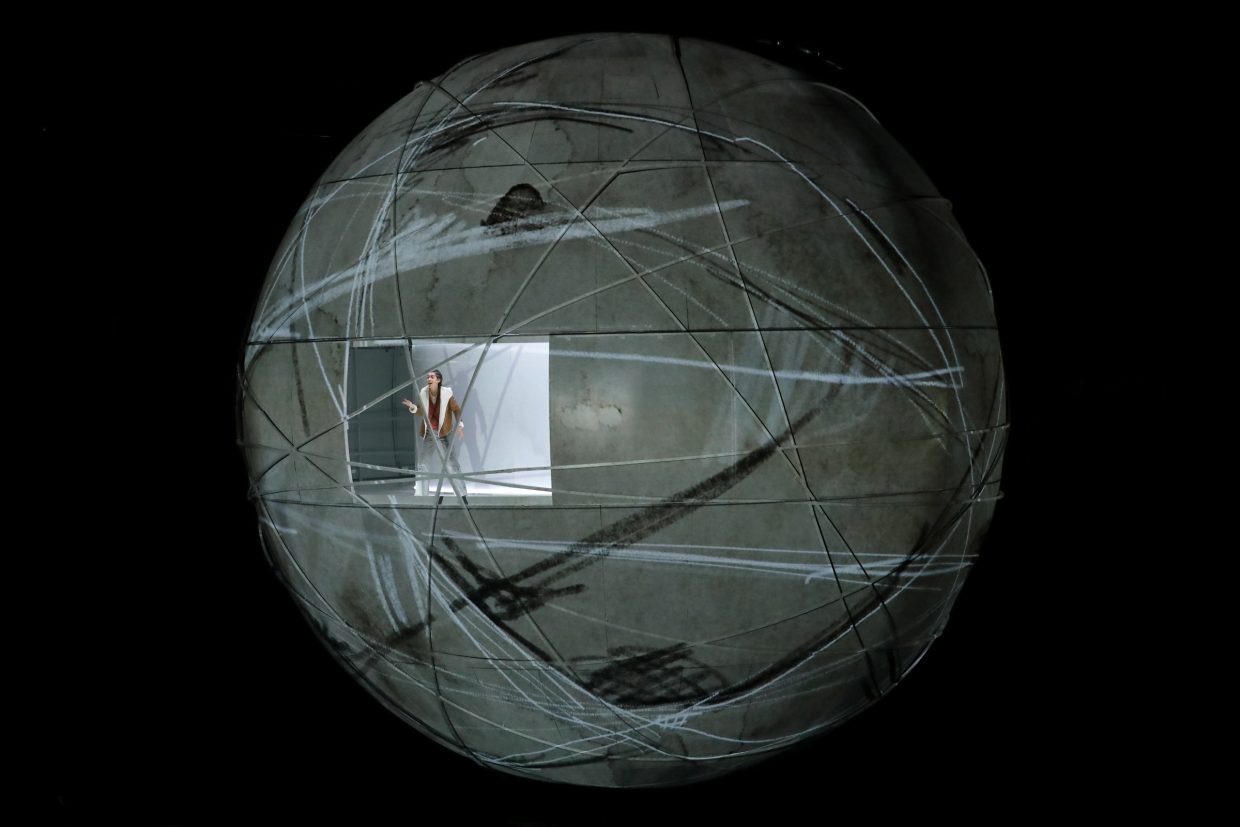 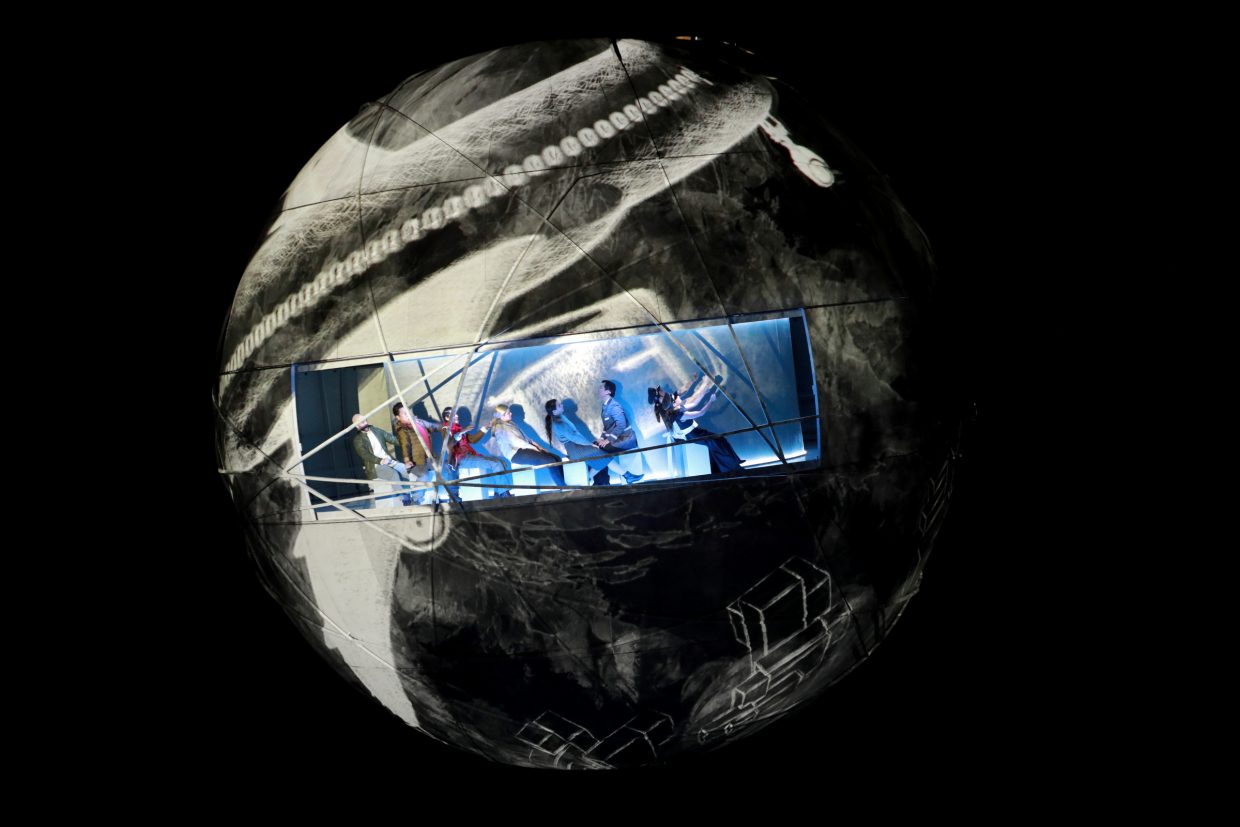 The Los Angeles Philharmonic brings an operatic masterpiece back to life, with a lavishly glowing sphere with light design by John Torres.

LOS ANGELES — In some ways, Meredith Monk’s “Atlas,” which the Los Angeles Philharmonic is presenting in a lavishly glowing production through Friday, is as traditional as opera gets.

It has arias, duets, trios, choruses, instrumental interludes. It has dance sequences. It has spectacle — here at Walt Disney Concert Hall, an extraordinary sphere, 36 feet in diameter, seems to float over the stage — and a female protagonist facing adversity. It even has that rarity in contemporary music: earworm tunes, little cells of melody that stick with you for weeks.

What it doesn’t have is words.

At its premiere, at Houston Grand Opera in 1991, “Atlas,” the parable-like tale of a girl’s maturation into an explorer, brought into an old-school opera house for the first time the avant-garde style that Ms. Monk had by then been cultivating for three decades. Starting with luminous solos, she had detached her voice from the text, but not from storytelling — instead conveying meaning through tone, speed, rhythm, volume, texture, vowels, wild shrieks, low coos, flowing babble, rapid-fire stutter.

Her endeavors got grander, eventually encompassing a handpicked ensemble of singers and evening-length events that added choreography, film, sets, costumes, character, and instrumentation. Progressing in marriages of poetic image and evocative sound, physical gestures mirroring vocal ones, these works were created through intimate collaboration and long processes of improvisation and rehearsal that evoked Buddhist spiritual practice, with Ms. Monk directing, designing and starring.

This made them indelible — and, often, unrepeatable. The group would move on to the next show, usually without having made full notated scores of the last. Even if Ms. Monk had sanctioned it, others couldn’t take on these sprawling, complicated, idiosyncratic pieces.
But as the years went on and Ms. Monk, now 76 and still very much creating, got no younger, the question began to be whispered: Could you do Meredith Monk without Meredith Monk? What, in other words, would happen to such personal work — largely made by and for her and her close circle — after she was gone?

The Philharmonic’s “Atlas,” the opera’s first production since the original in the early 1990s, is the beginning of an answer. Never before has Ms. Monk entrusted — that seems the most appropriate word — to other artists one of the theatrical works she masterminded.