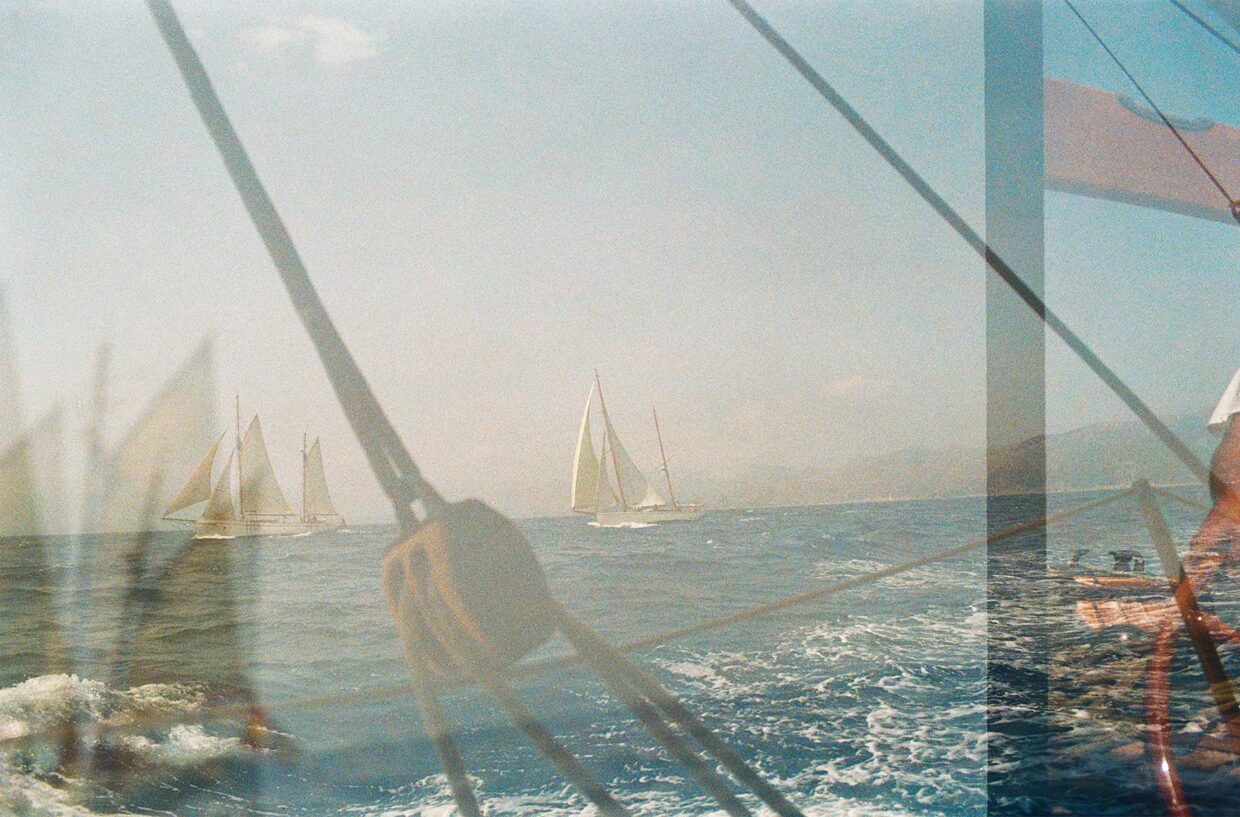 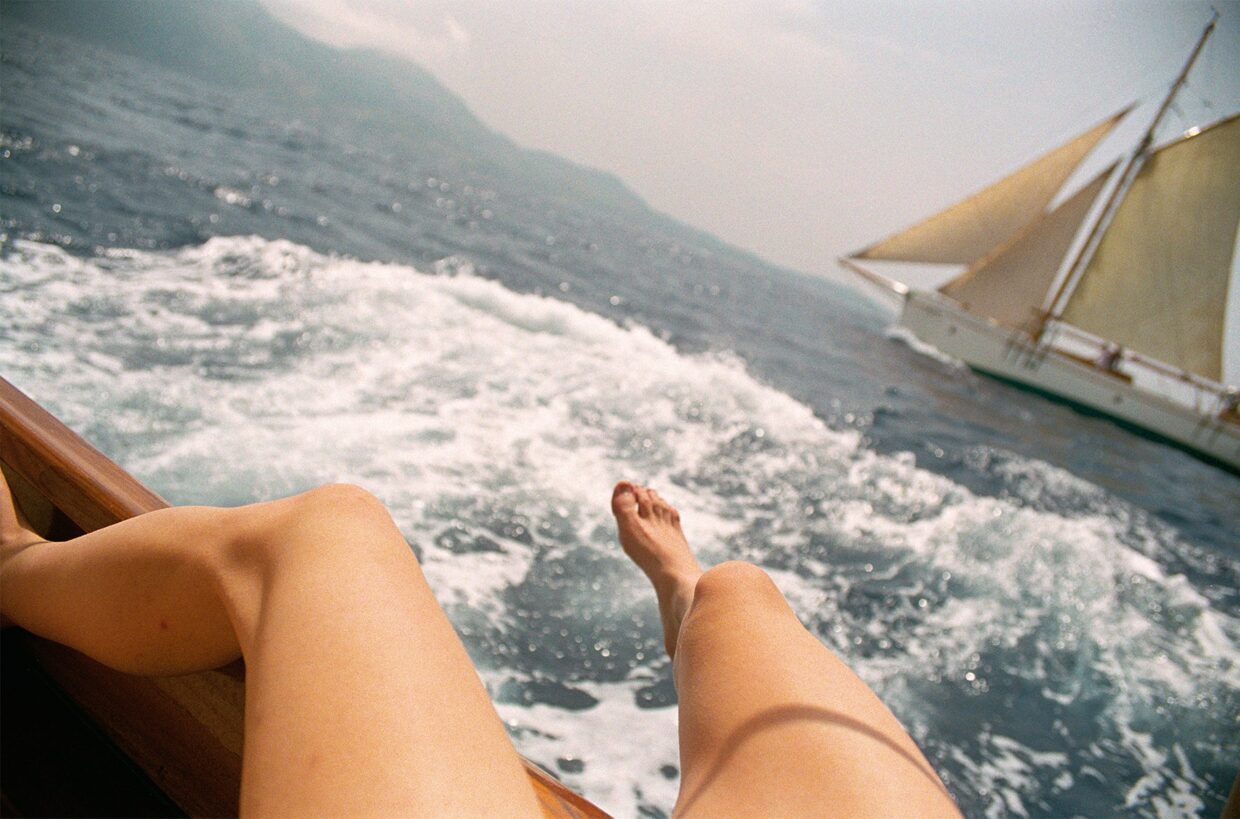 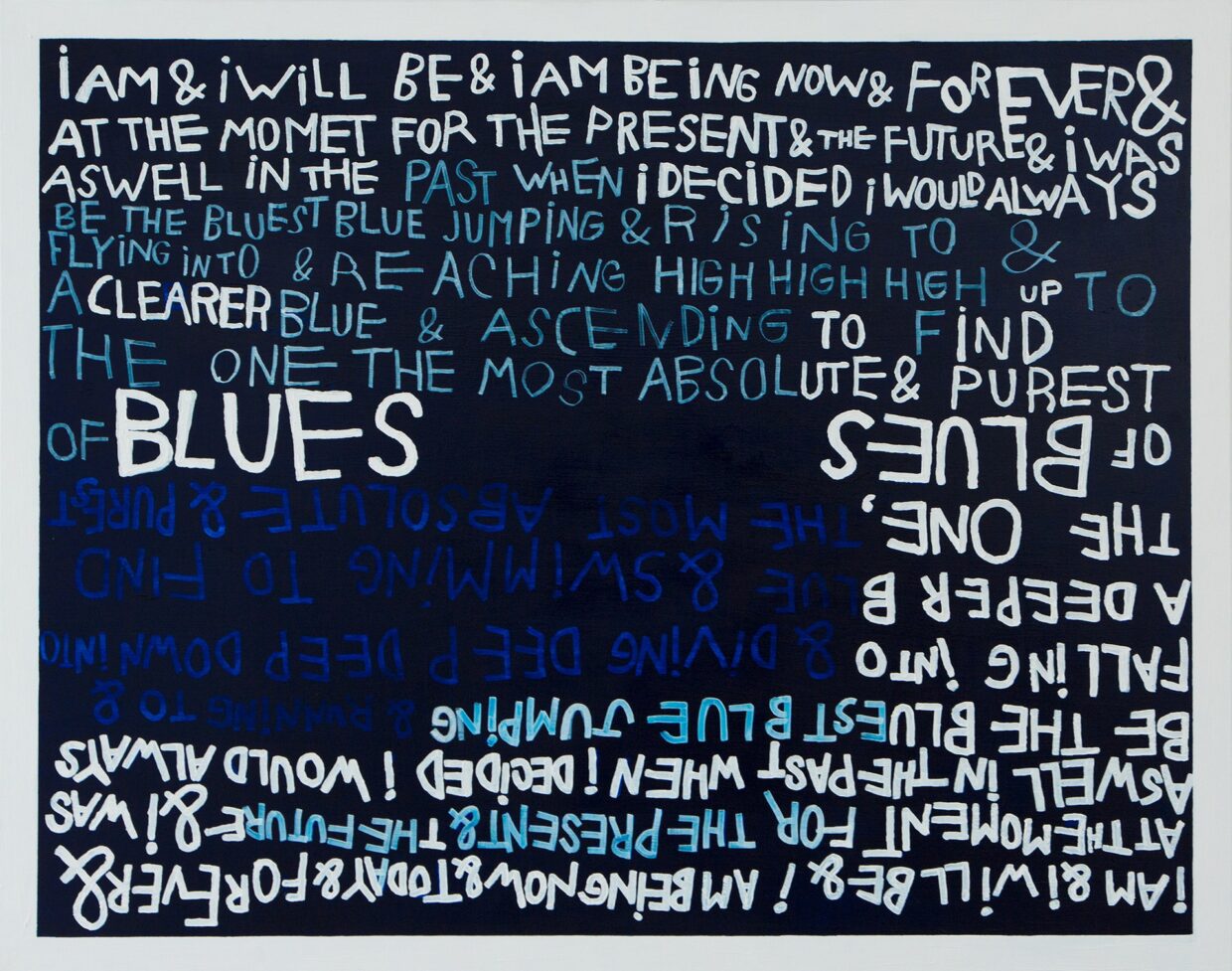 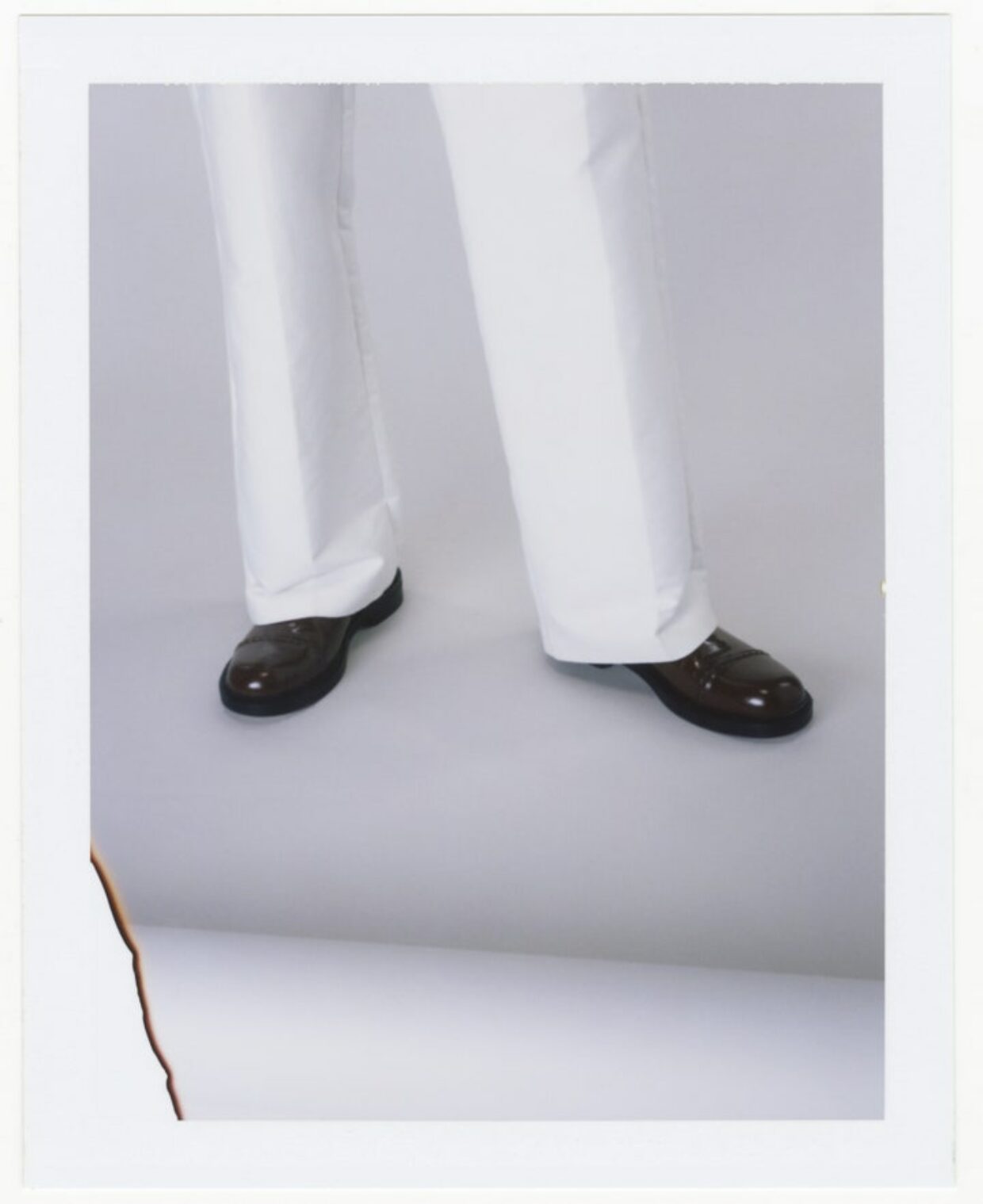 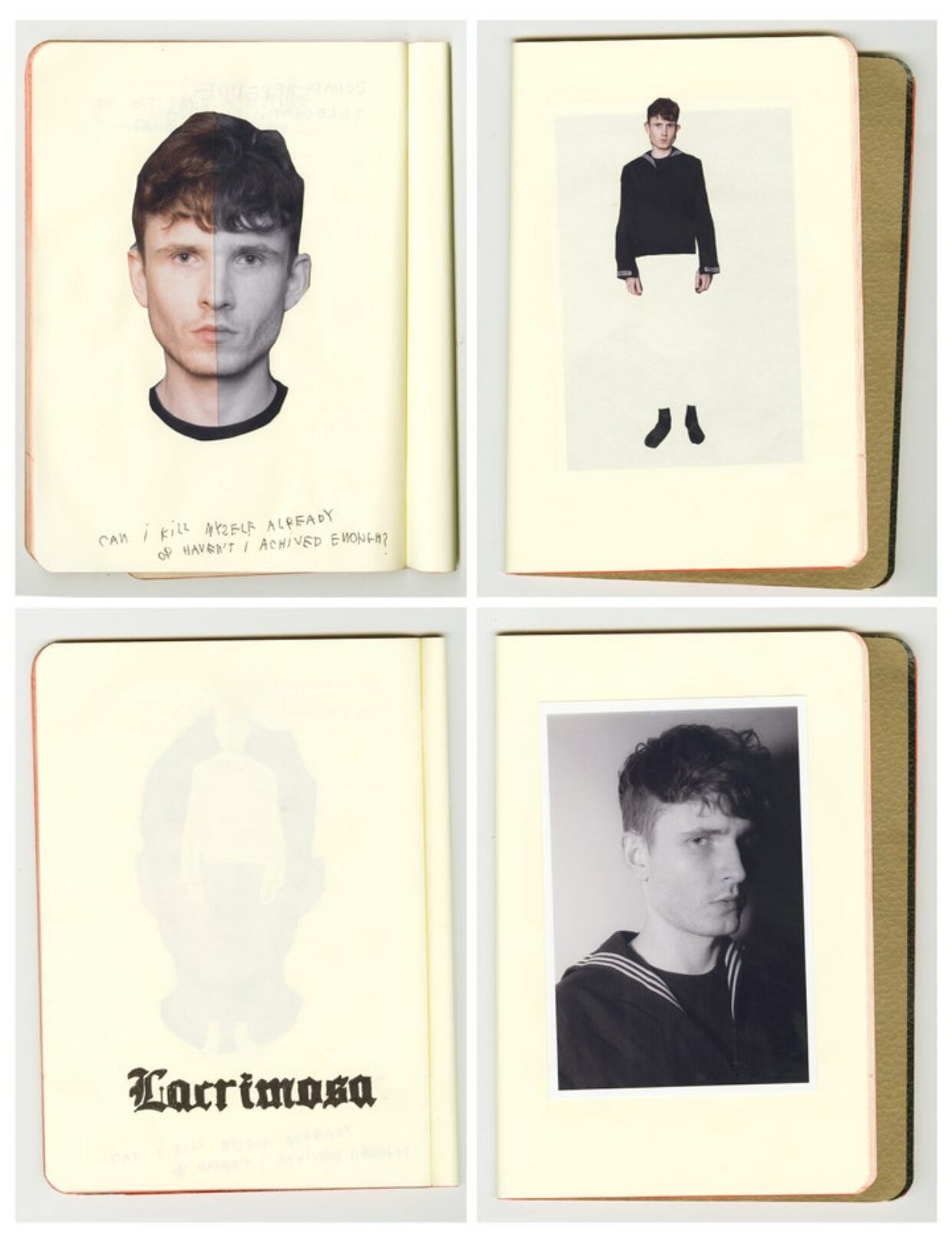 “It’s The Most Free I’ve Been”: Gucci Collaborator Coco Capitán On Her New Solo Show

Walk into Coco Capitán’s new exhibition, Naïvy, at London’s Maximillian William Gallery, and you’ll soon encounter a monumental photograph of a nude figure appearing to dissolve as they plunge into inky-hued water.

The work, entitled A New Kind of Freedom, perhaps best encapsulates the mood of the show and Capitán’s current state of mind. The 28-year-old Spanish artist is renowned for her text-heavy collaborations with Gucci’s Alessandro Michele: her poetic musings, ‘Common sense is not that common,’ and, ‘What are we going to do with all this future?’ were scrawled across ready-to-wear pieces from the house’s AW17 collection, and on the walls of buildings in Milan and New York as part of the #GucciArtWall project. Naïvy, however, is “less concrete,” says Capitán.

“My previous shows were a reflection of consumer society, or defined as fashion imagery, or documentary,” she tells Vogue. “Naïvy feels braver. It’s the show that I always wanted to make.” It also brings together a broader range of mediums, from painting and Polaroids to embroideries on second world war sailor uniforms.

Ahead of the exhibition’s opening night, we spoke to Capitán about working with Michele, the future of gallery shows, and her desire to continue sailing through uncharted creative waters with the right crew.

You were born in Seville, Spain, but you’re now based in London. Where did you create most of the work featured in ‘Naïvy’?

“Back in March, I was doing a project in Mongolia and I almost got stuck there. I caught the last commercial flight to New York and managed to find a house upstate in Hudson. I planned to stay there with my girlfriend [the film editor] Cristi Duncan for a couple of weeks, but that turned into a couple of months. We had studio space and a large part of the work for Naïvy was created there/ It’s also where I decided on the title, combining the words naïve and navy.”

As the title of the show suggests, images of sailors and navy uniforms feature heavily throughout. Where does this fascination with nautical themes stem from?

“Since I was a child, I’ve always been obsessed with sailors and the sea. I would spend hours collaging images of boats from magazines into my notebook. Normally I try to explain why I’m attracted to something, but with Naïvy I just wanted to make works that came to mind. It’s the most free I’ve been.

“Naïvy explores ideas around uniformity and collectivity. I wrote a text for the show about a fictional military group called The Lost Navy. This body of work is about wanting to disappear and finding a group of people to get lost at sea with.

“A sailor, more specifically a lost sailor, symbolises someone who is not part of society anymore, but part of the navy, which is almost a micro-society. I was thinking about sailors from history who set sail in search of new places. Poetically speaking, someone who is disappointed with their current reality and wants to land somewhere else.”

The idea of uniformity is interesting in this context because you’ve made each uniform unique by embroidering them — no two sailor’s jackets are the same.

“I love uniform studies — the way kids make their school uniforms more personal by putting their tie to one side or pulling the collar of their blazer up, for example. The navy jackets are about breaking uniformity, but at the same time wearing clothes you’re proud of because it says you’re part of a collective.”

What’s the story behind the painting ‘Something Deeper Baths LTD’ (in search for)?

“I took Polaroids of my girlfriend in a bathtub when we were in New York and this painting is based on those pictures. I wanted to see how the sailor jacket would look floating in water so I could paint Cristi in the middle of the sea. But then I thought the paradox is even greater if there is a sailor sinking in the domestic and intimate setting of a bath.”

‘Naïvy’, as you say, is about commonality. Collaboration is an important part of your process and you’ve worked with Gucci’s Alessandro Michele on several occasions. What common ground do you share?

“Alessandro’s universe has a lot to do with mine and I love his mind. We are two very nostalgic people who, through fashion, romanticise the past and what could have been, but also bring in the possibilities of the future. It’s at once baroque, but completely new.

“I can’t speak for Alessandro, but I find it difficult to live in the present. I’m always thinking about what has been. Living in the moment is very on trend right now with all this talk of mindfulness, but I’m very far from that and, while I’m not proud of it, I think this way of thinking really shapes my work.”

Do you have any exciting collaborations on the horizon?

“I have a couple of big collaborations, which I can’t talk about yet. But I collaborated with them because they’re dedicated to being as sustainable as possible. From now on, I’m trying to work with brands that are aware of what we’re doing to the planet [in terms of the climate crisis], who are doing something to stop it. I’m also working on my own line of products made using only recycled materials — one-of-a-kind pieces, such as the sailor jackets from the exhibition.

“Protecting the planet isn’t about planting a tree every time you produce a tonne of carbon. I want to inspire people to reuse materials and give them a new lease of life. When it comes to buying clothes, the smart thing to do is buy one well-made suit that you really love and wear it out — then, rather than getting rid of it, repair and personalise it. If we reduce consumerism, or at least the desire for having new things, then we are already achieving a lot.”

Many exhibitions and art fairs are going digital due to the Covid-19 pandemic. Do you think the way we exhibit art has changed forever?

“Exhibitions for me are crucial. Once I place the work in the gallery, I get to understand it better, I can share it better. Social media and digital presentations are the perfect accessory to understanding the work further and see what other artists are creating. But I don’t think it should replace physical shows and the opportunity to get people together to discuss art. At the end of the day, everything you see online will always be a reproduction.”

Coco Capitán Naïvy is on view at Maximillian William, London from 11 September to 30 October 2020