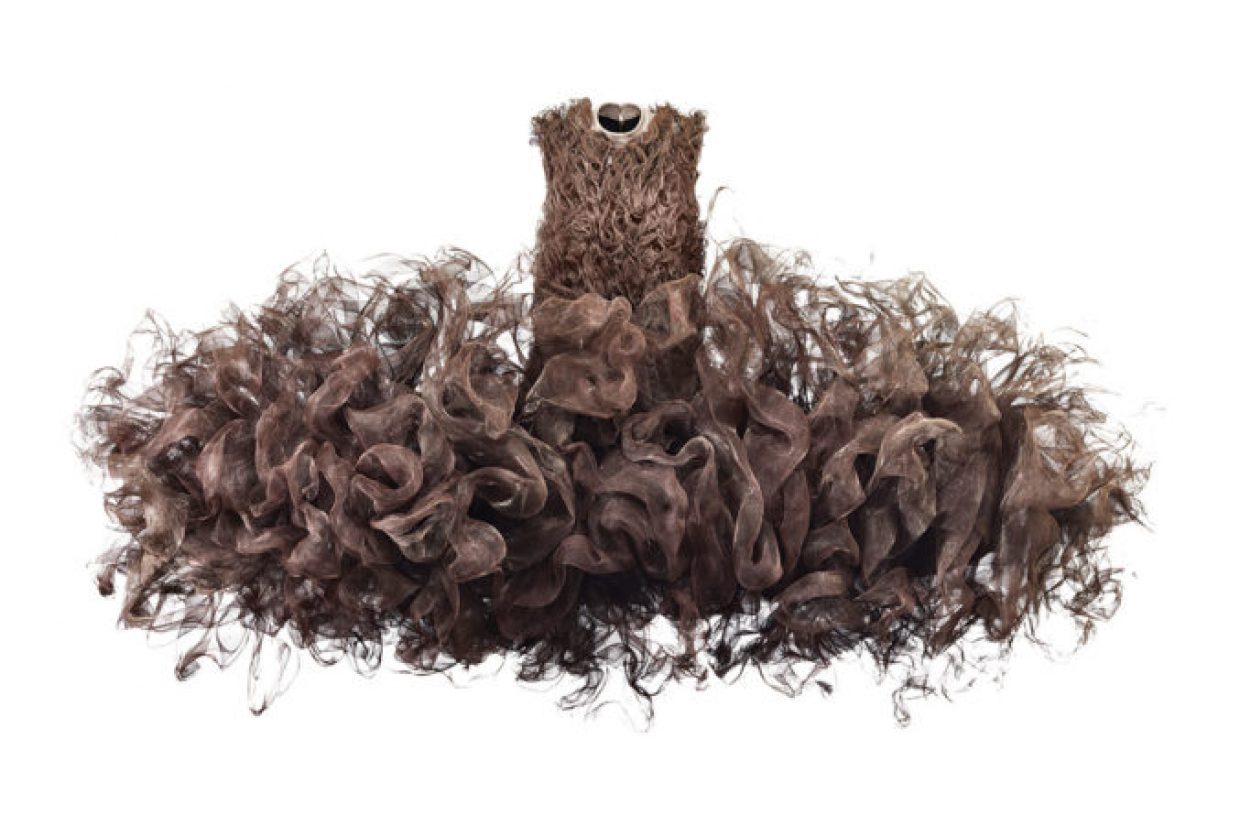 At 33, Iris Van Herpen has already amassed an incredible oeuvre—of art in the form of fashion. In Transforming Fashion, an exhibition now on display at the Dallas Museum of Art, the museum has brought together 45 of the Dutch designer’s most notable creations. Before seeing the show last week, an attendant in the lobby said, “It is truly just wow. Wow.” I laughed at this response, but it wasn’t much later that I caught myself whispering, “Wow.”

In the opening room, a mannequin stands in the midst of a cloud of oxidized metal gauze. The outfit, taken from a collection named, appropriately enough, “Refinery Smoke,” acts as a haze around its wearer. With the piece, Van Herpen intends to convey the “elusiveness of industrial smoke,” as it is both beautiful and captivating from a distance, almost alive. She contrasts its beauty by illuminating the sinister and toxic nature of industrial smoke as well.

Further in, walking an aisle lined on each side with van Herpen’s work, you can see the plethora of unique materials she has manipulated in order to create such astounding pieces. Van Herpen’s outfits are stunningly fashionable, but also demand respect for the use of materials, from iron fillings to magnets. Twisted leather is made to resemble black crow feathers, while fire-blown glass appears to be submerged in water. In other pieces, 3D printing materials bring the work to life.

Van Herpen knows how to command a runway while translating rich concepts into her creations. Three pieces from “Capriole,” the collection behind her debut at the Chamber Syndicale de la Haute Couture in Paris, were inspired by the feeling of a free-fall parachute jump. Each piece represents a moment in the fall. The first, composed of acrylic sheets mimicking a serpentine form, matches the feeling of, as van Herpen describes it, her mind “snaking through thousands of bends.” In the second, made of the same material, the acrylic sheets extend outward, as she can feel every fiber of the energy in her body. The third piece is a skeletal form, representing the feeling of being born again, safely on the ground.

Other pieces from the “Crystallization” collection, also nicknamed “the bathtub,” show a resting halo of a poised splash of water seemingly frozen in time. This piece simulates water in all its chaotic, unpredictable potential. Van Herpen’s unconventional creativity belongs both in a museum and on the runway, as she brings new ideas and technology to the worlds of both fashion and art.