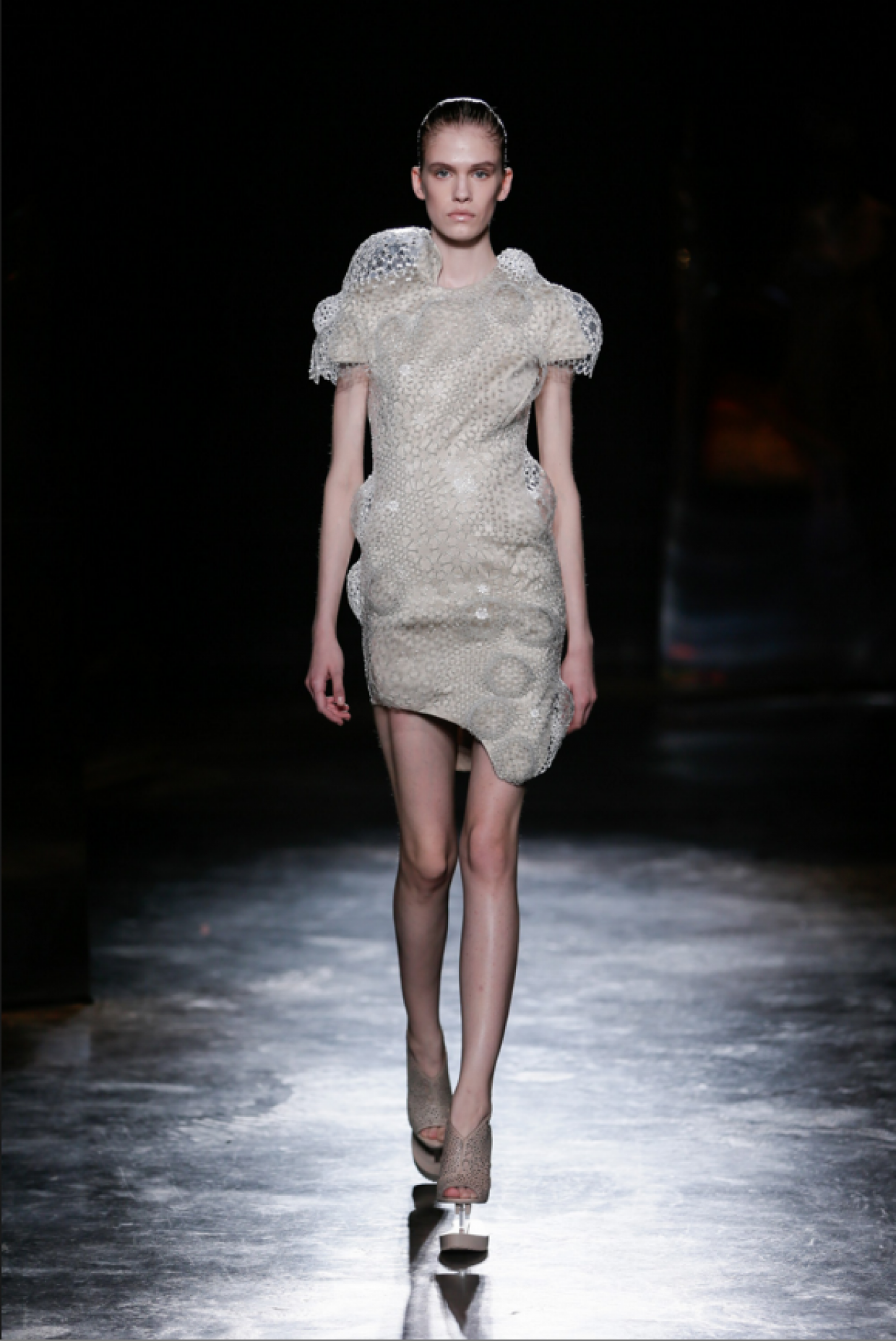 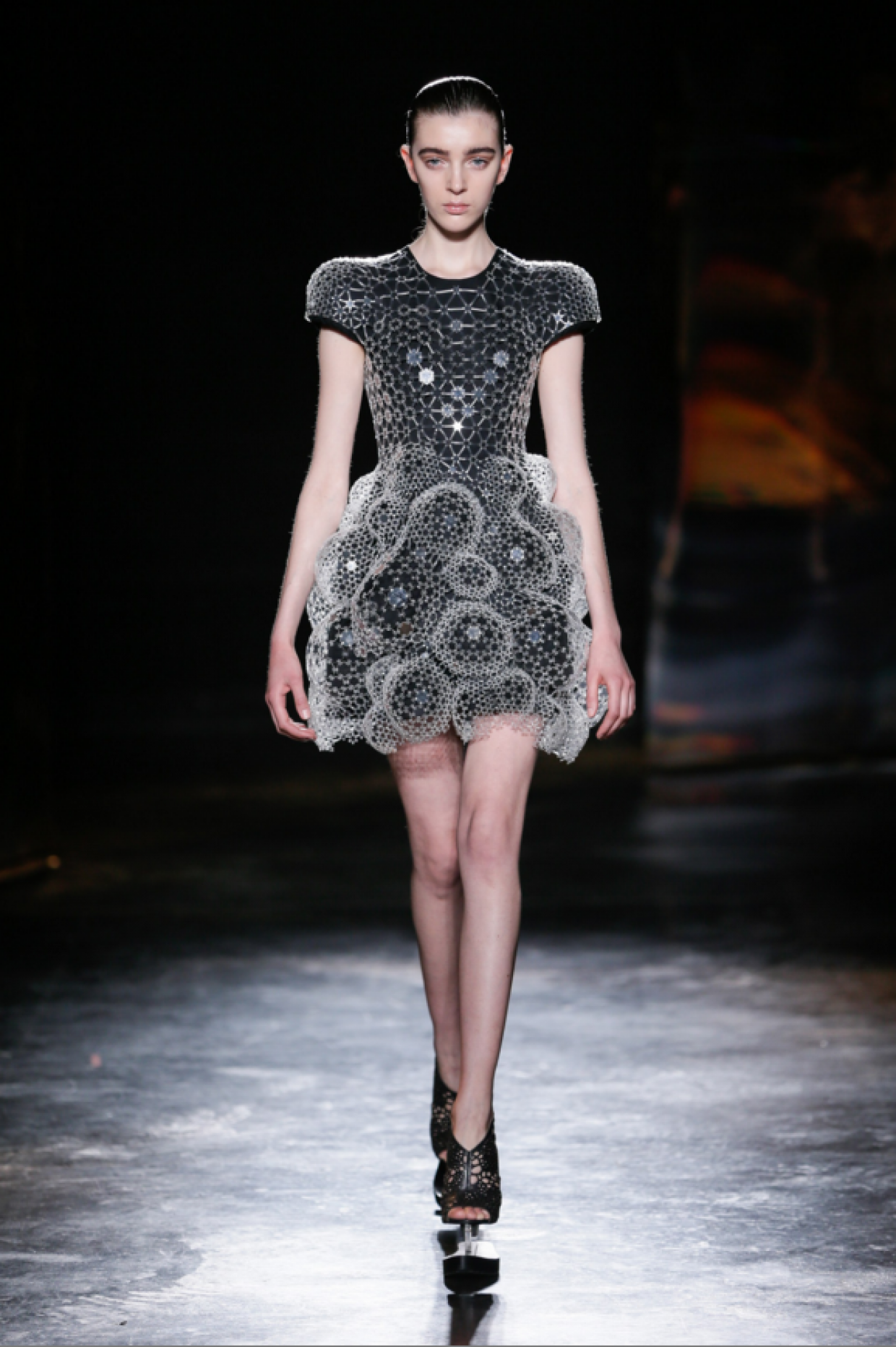 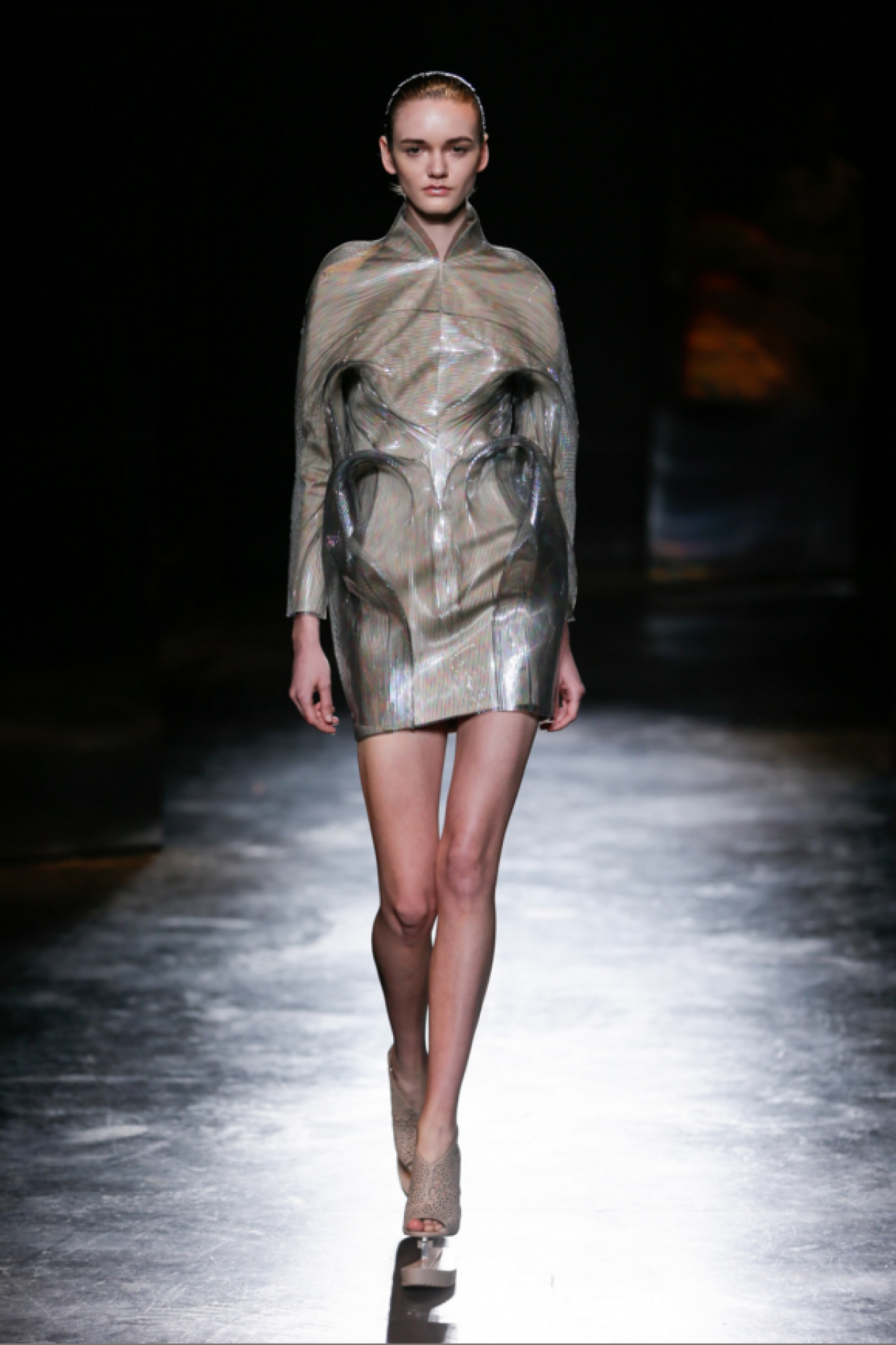 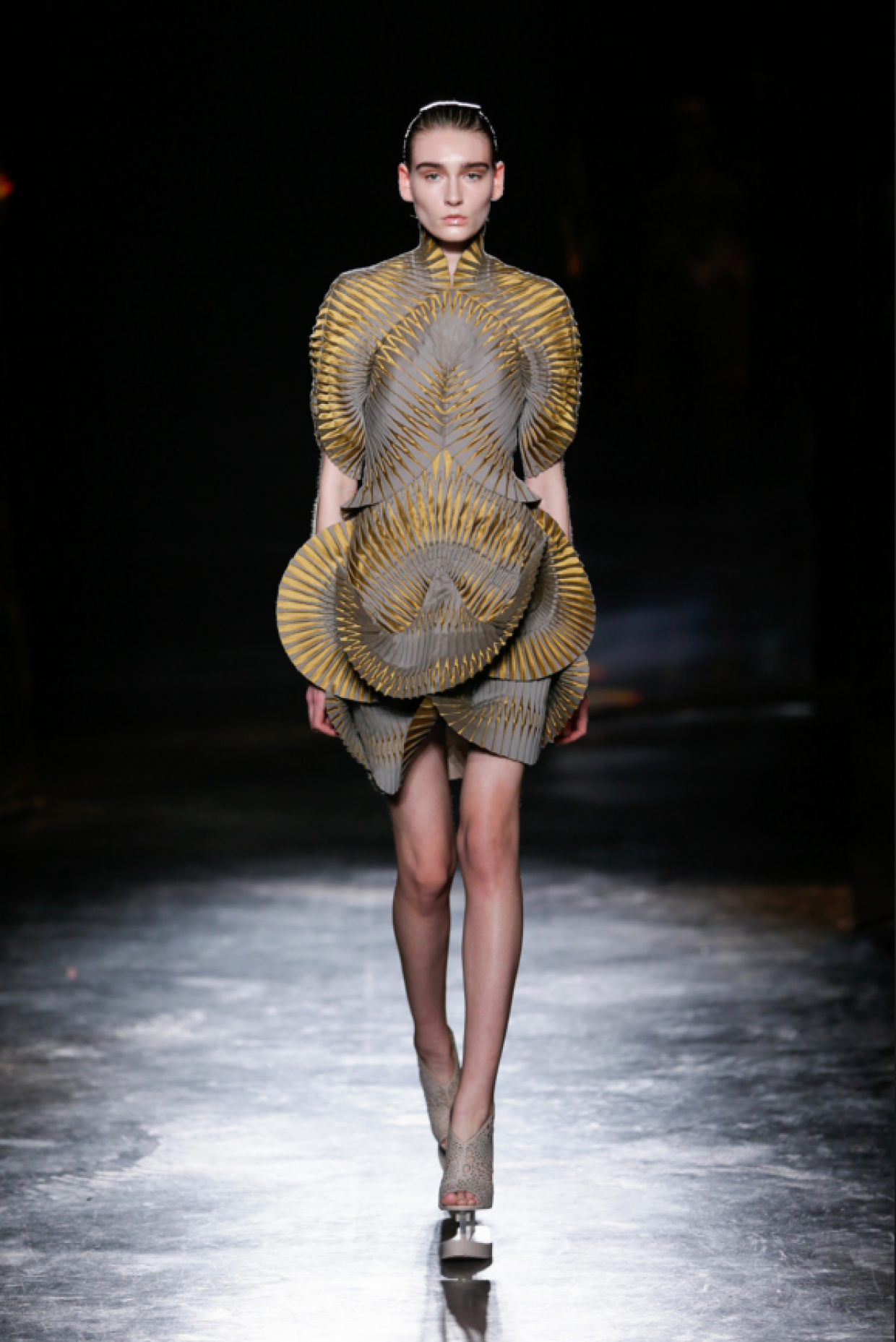 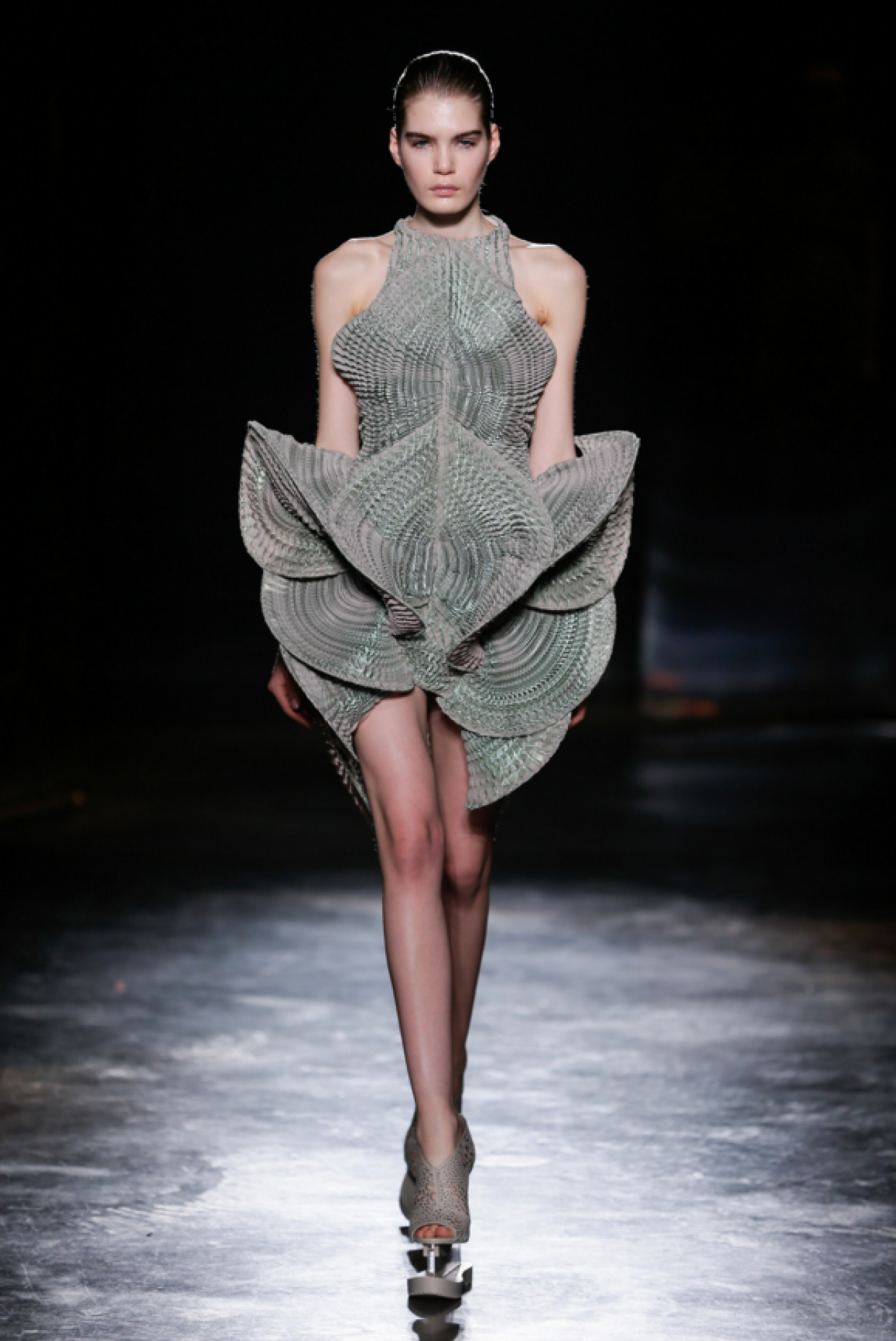 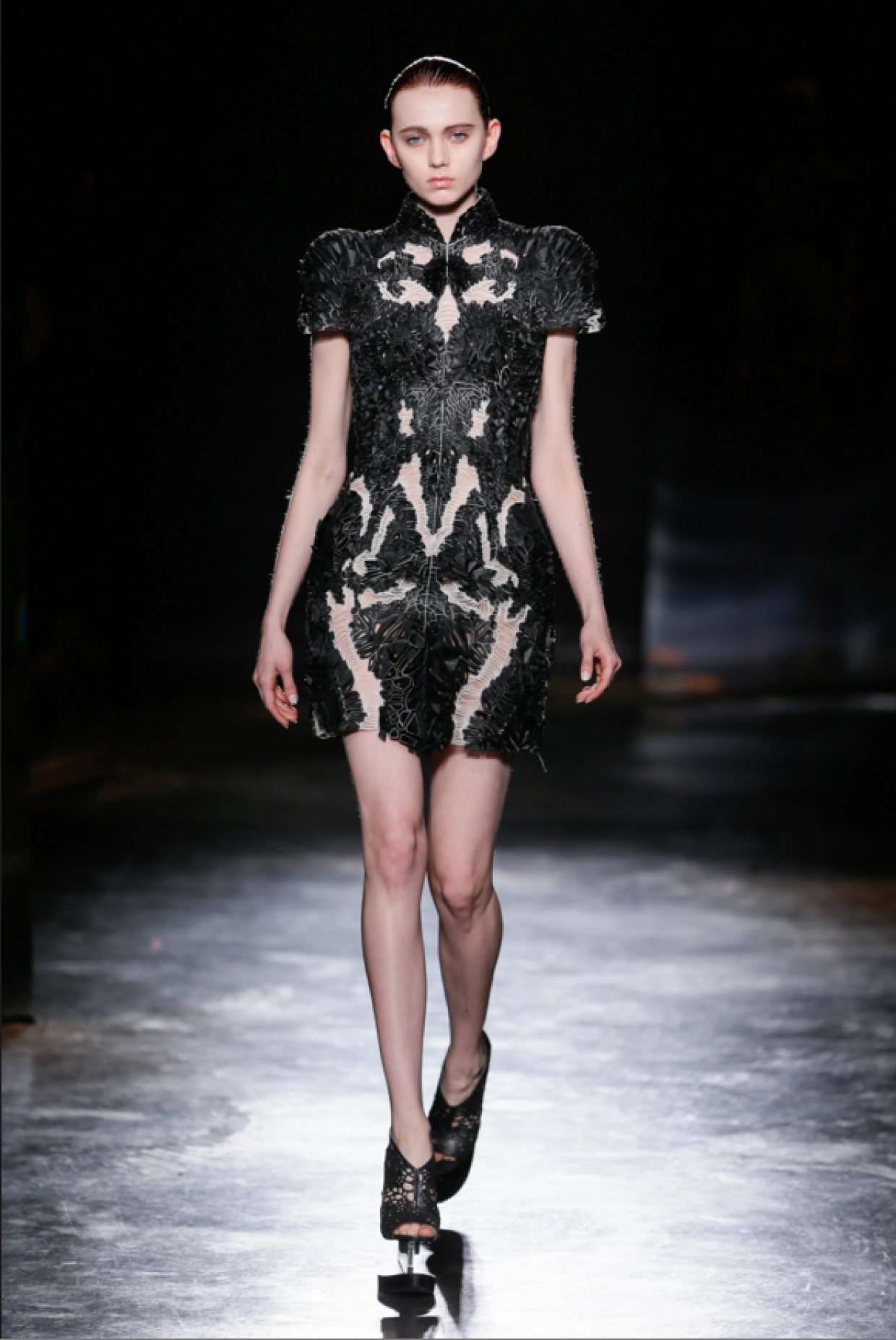 There’s been a lot of talk about shaking up the fashion show system this month, but it wasn’t until the penultimate day of the Paris collections that anyone did something that felt truly new. The someone in question: Dutch designer Iris van Herpen, who presented her Fall collection via a tableau vivant in which models performed in front of giant optical light screens. Used in television technology, the thin screens acted as both mirror and window, reflecting a doubled image that shifted depending on the model’s position and the viewer’s point of view. Van Herpen explained that she designs in an unconscious state, “between reality and dreaming,” and that she wanted to re-create the condition in her audience—“to give people the possibility of exploring at their own time and pace.” It was captivating, not just to watch the models, who were choreographed by the film director and dancer Blanca Li, but also to see how the crowd interacted with them, mostly via small screens of their own. One journalist remarked, “I think this is the future of store windows.” In the here and now, it was a hit with the Instagram and Snapchat set.

These runway pictures fail to convey the installation’s mesmerizing effect, however they do illustrate that Van Herpen has made efforts to increase the wearability of her clothes. The silhouettes are quite short and perched on almost un-walkable heels, but they’re all lined and discrete, a necessary change from last season’s. Otherwise, she’s as experimental as ever. Two dresses were made using 3-D printers (one from 5,000 disparate pieces), and a few others, created in collaboration with the architect Philip Beesley, combined laser-cut hexagonal discs with plastic tubing like new-fashioned chain-mail armor. It was ready-to-wear as sculpture. Other softer dresses, in plissés of plissés, swirled in arabesques around the shoulders and hips in ways that will remind some of late-stage Alexander McQueen. His last collection looked like the future, and in its own way, Van Herpen’s show did too.