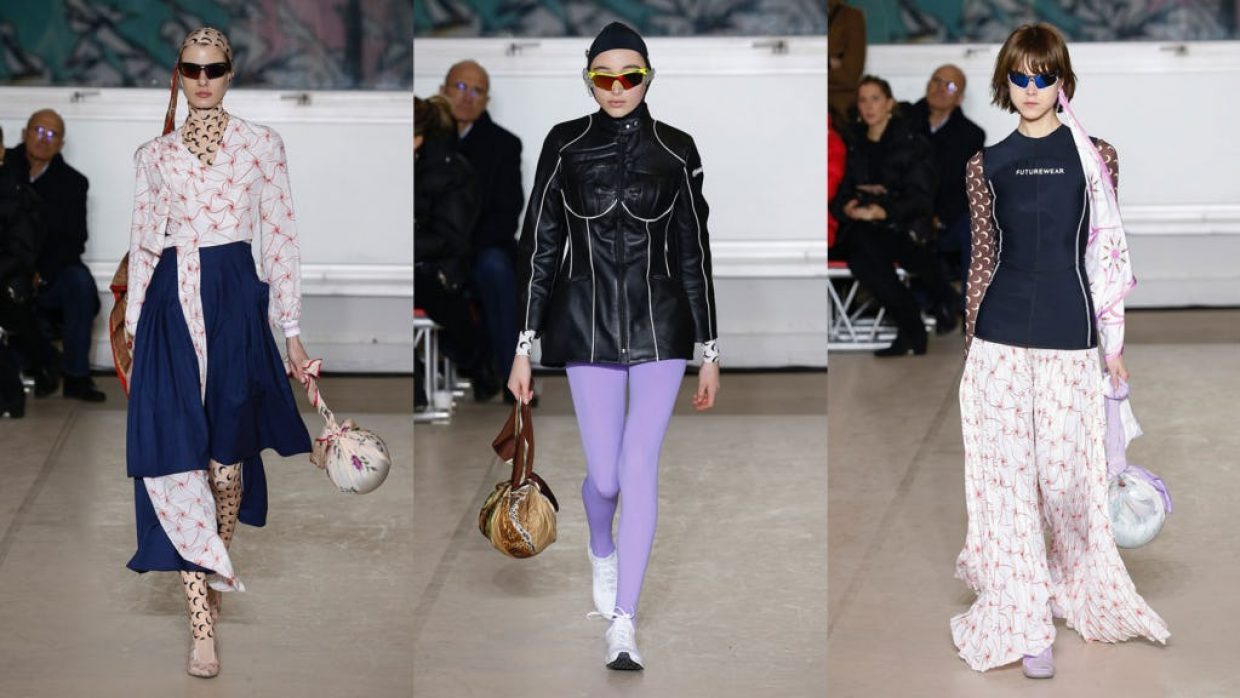 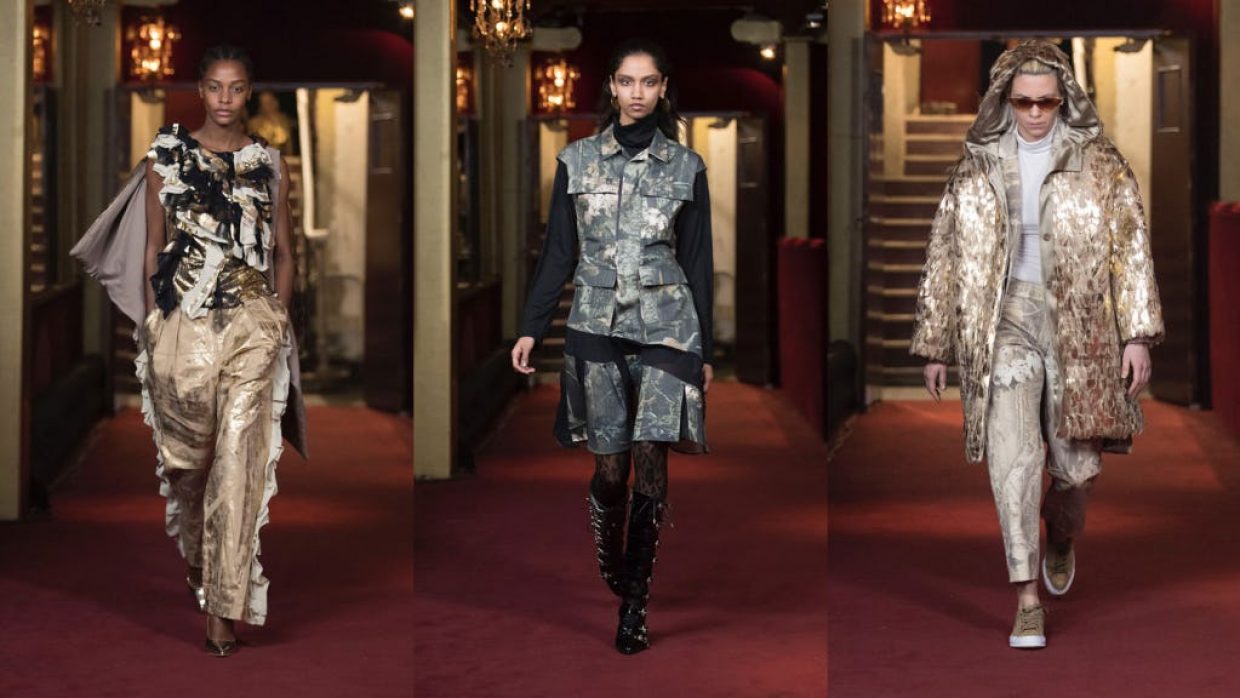 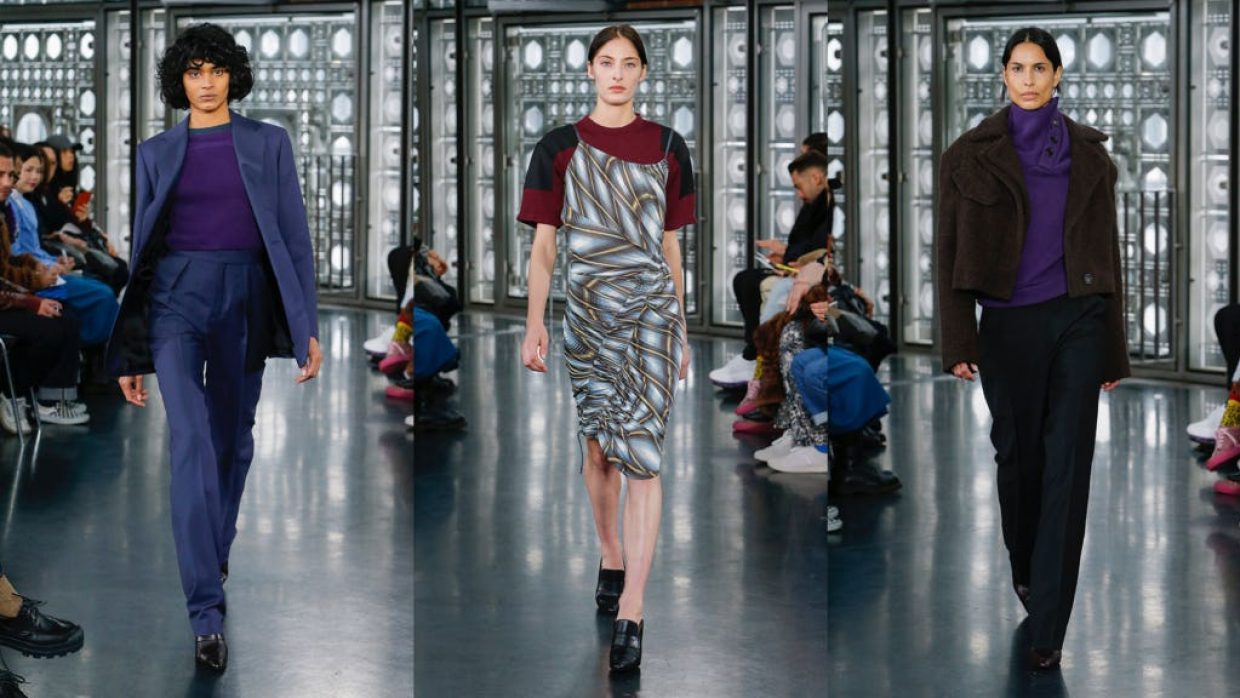 PARIS, France — This season, designers from around the globe placed their best bets on Paris as the ultimate showcase and marketplace to transform their creations into commerce. From the grander showrooms of the Avenue Hoch to the rabbit warren of gallery spaces across the Marais district, collections were displayed in single and multi-brand spaces in the hope of attracting buyers’ attention through curiosity, proximity and cult appeal. For designers without the structure of their own stand-alone boutiques, the support of e-tailers, multi-brand boutiques and department stores is crucial, as is their promotion via traditional and social media outlets. Relying on this formula, a slew of new names has hit the official Paris calendar in recent years, buoyed by the city’s position as a hub of established luxury balanced with a new insurgence of youth energy.

Opening the first full day of Paris shows, French designer Marine Serre showed her third collection (the first in a show format) to almost unanimous critical acclaim off the back of her 2017 LVMH Prize win. Titled “Manic Soul Machine,” Serre’s collection of sports-luxe hybrids played silky scarf draping off scuba and motocross elements (her time at Balenciaga and Maison Margiela still shows — an as-of-yet unshakeable, but positive, influence). A repeating crescent moon print has already become a distinct brand signature, and here it joined quilted velvet, moiré ruffles, corset shapes and other bourgeois details to construct an athletic, futurist aesthetic. There is a seductively relaxed polish to her silhouette that will see her fly far above others stuck in a streetwear rut.

French designer Christelle Kocher’s line Koché makes another case for the feminine elevation of street and sportswear conventions. Her Autumn/Winter 2018 collection shown in the Casino de Paris, was evidence of this ongoing dialogue. Kocher’s close relationship with Chanel’s Paraffection group (she is creative director of the feather and flower specialist Maison Lemarié) continues to inform her more provocative work, like the gold-feathered outerwear that closed the show. However she relied less on embellishment than previous seasons. The result, whilst still graphic and utilitarian, fell flat where digital prints were concerned, re-gaining momentum in the clever trompe l’oeil effects of foiling panels or chaotic ruffles, and intricately panelled knitwear. (Some sweaters twisted in ladders around the arms, others came embedded with pearls.) It was proof that cross-pollinating collections like Koché are where buyers will look for unique pieces, not wardrobe staples.

Atlein, by ex-Givenchy and Louis Vuitton team member Antonin Tron, takes a quieter approach – envisaging a contoured, ergonomic silhouette that he associates with a love of surfing and the great outdoors. Before venturing into tailoring, Atlein began as a jersey collection, and that category continues to shine given the way Tron styles his wetsuit-like leggings and engineered bodysuits with a technical parka or smart caban jacket. He makes a strong case for sweater dressing, too, sculpting asymmetric fleece or cable knit styles with high zipped and button necklines with a soft ‘80s feel. Another bold story was the manipulation of lumberjack checks, the masculine pattern shirred into slinky skirts and knee-length dresses layered with scoop neck t-shirts. There was a worldly elegance at play here, as Tron’s translation of his rugged coastal theme turned out seductive urban staples.

Aalto, which means “wave” in Finnish, is the brainchild of fellow Finn Tuomas Merikoski, a menswear designer who’s foray into womenswear has remained strongly linked to indie music with polished echoes of underground subcultures. This season’s conceit included a revival of Love Records, a 1960s music label from his homeland, whose logo buzzed as a neon background and appeared as mink intarsia or leather badges on the collection itself. Infused with a geeky, beatnik vibe, Merikoski’s strong suit of tailoring and knitwear defined the silhouette with a raised shoulder line or a single bubbling sleeve, joining cloque silk and squiggle-printed bias draping to pop amongst his striped, checked and satin separates. Though cohesive in its execution (repetitive, even) parts of Aalto’s more minimalist wardrobe pose similar concerns to Koché, running the risk of going unnoticed in a crowded market. Others border the fine line between a “statement piece” and forced artifice. More often than not, a singular, refined message can speak louder than cherry-picking trends.

Also of note are London-based party boy Charles Jeffrey and denim genius Faustine Steinmetz, both returning to the competition for a second round (Jeffrey was shortlisted in 2017, Steinmetz in 2015). With a judging panel made up of LVMH designers including Dior’s Maria Grazia Chiuri, Loewe’s Jonathan Anderson, Marc Jacobs and Givenchy’s Clare Waight Keller, there are many disparate opinions at play here. The eight finalists will be announced to the press March 15, with the winner of the €300,000 Young Fashion Designer prize unveiled this June. Though no golden ticket, the prestigious windfall is coupled with involved mentoring from the luxury conglomerate’s executives, in the hopes of putting a young label in good stead for sustained growth and long-term international success.