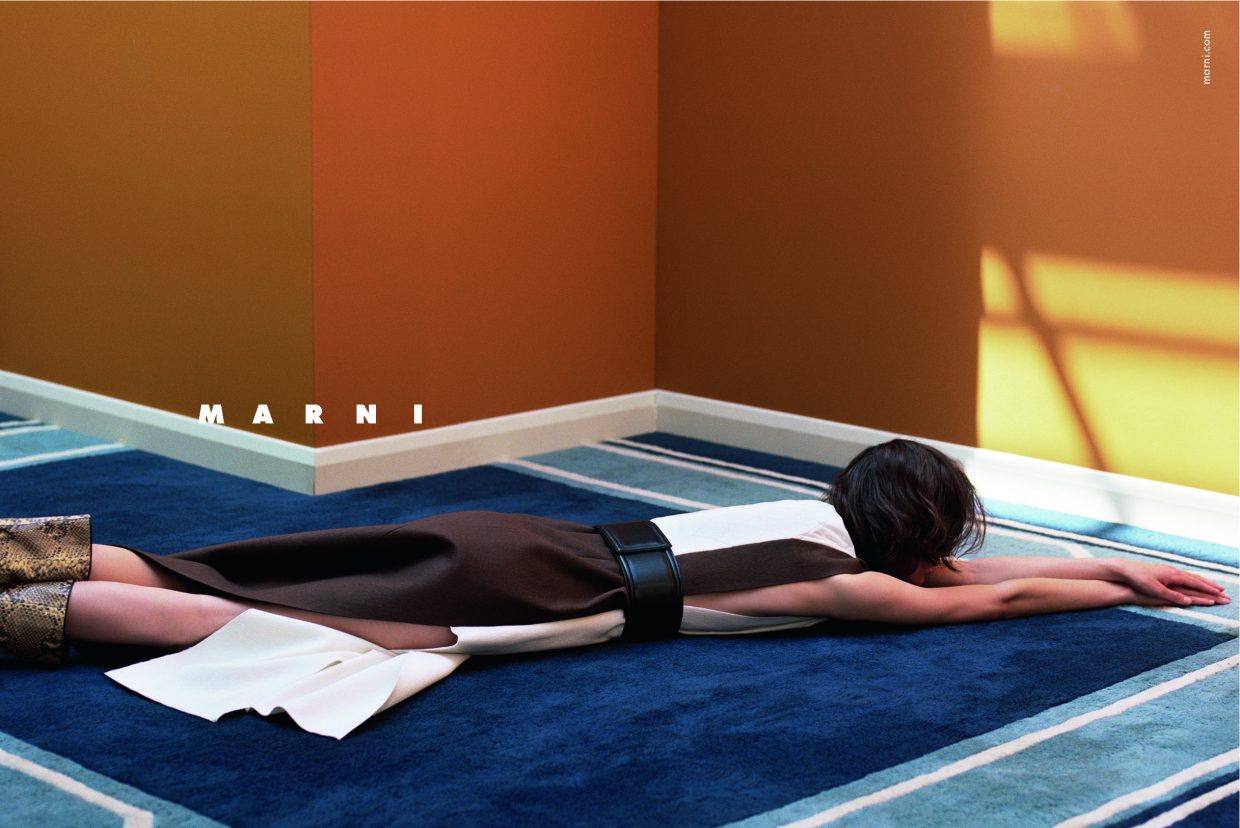 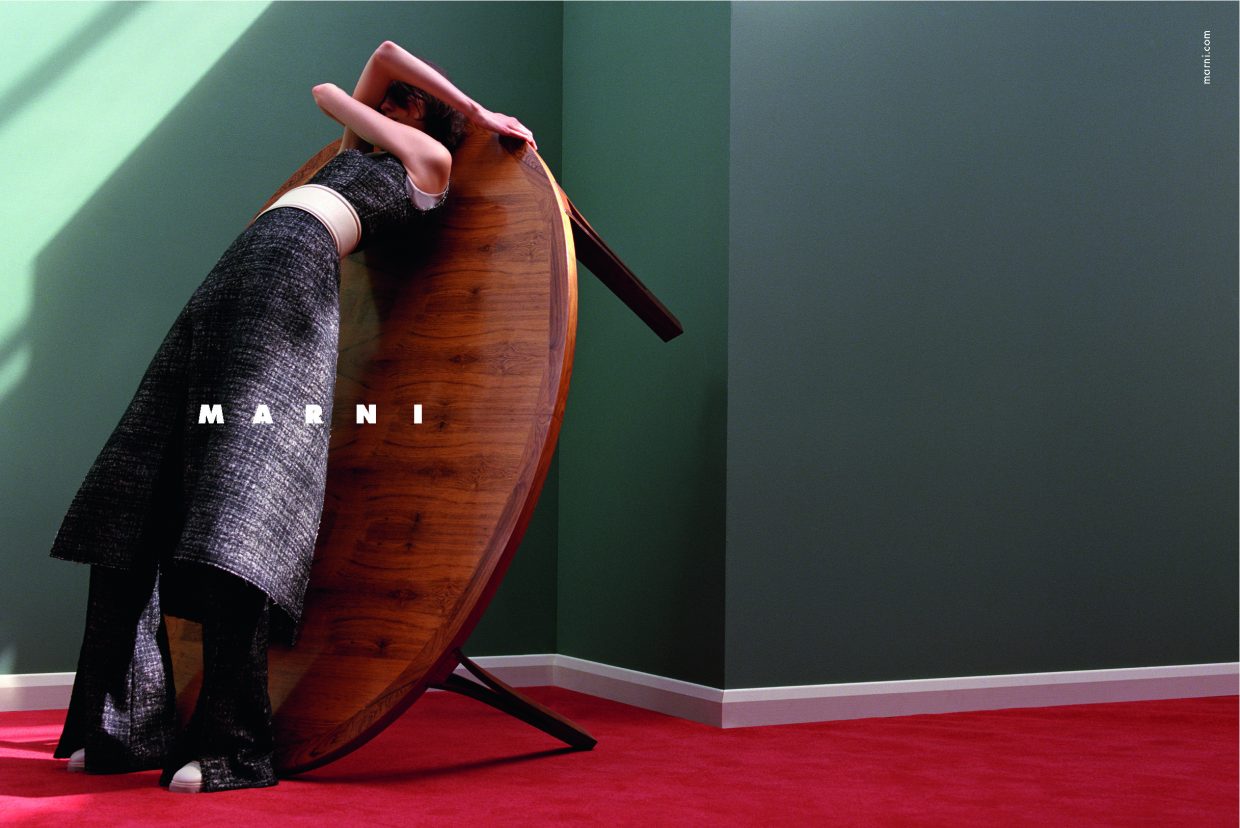 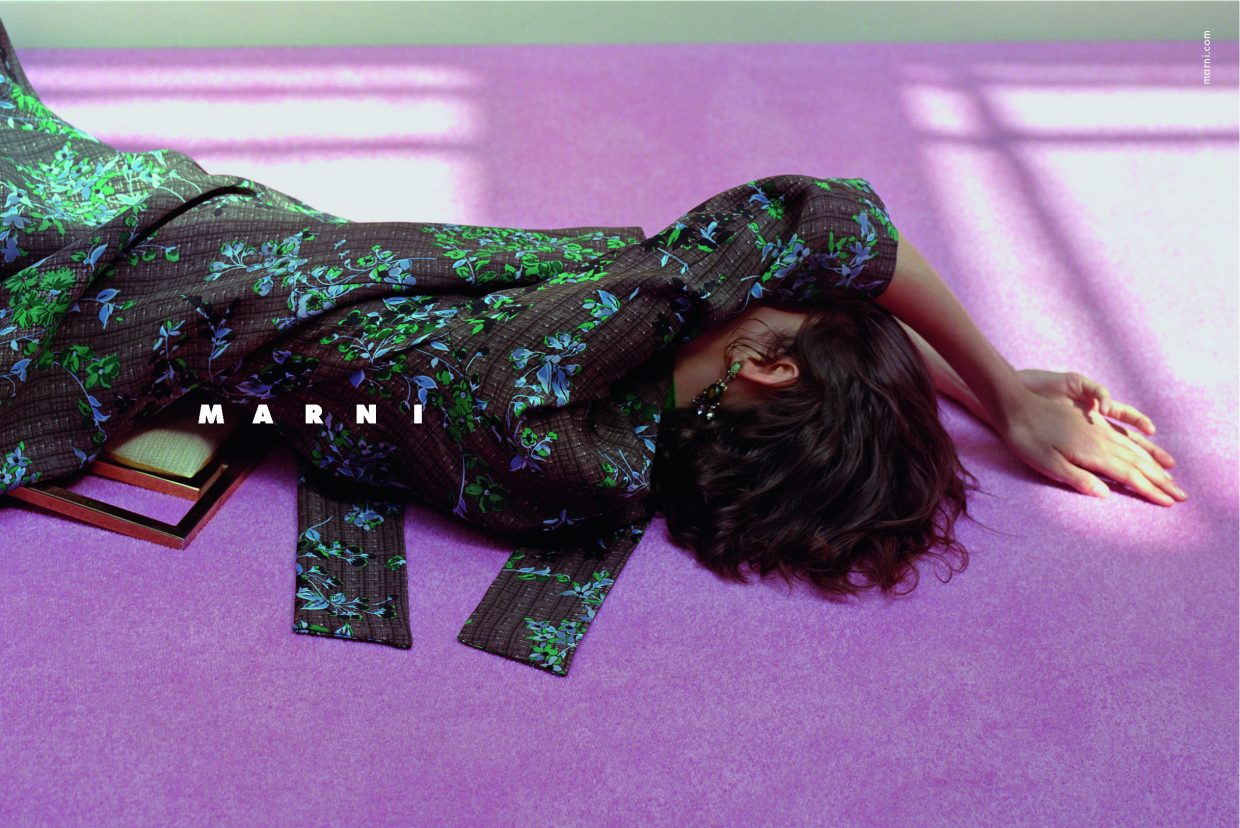 The house of Marni has been active since 1994, when Consuelo and Gianni Castiglioni presented their first runway show, paving the way for one of fashion’s most original voices. That voice, rather than steer toward print advertising, took the nontraditional route of venturing into the art world as well as collaborating with fellow design labels such as Current/Elliott and H&M.

This season, the house launched their first ad campaign – but once again took the road less traveled and the result is a sublime and stunning campaign that brings a fresh point of view of art and modernism to the fashion advertising landscape.

The campaign was shot by Boston-born, UK-raised artist/photographer Jackie Nickerson, most notably known for her Zimbabwe lifestyle imagery. Within the campaign the protagonist, Marte Mei van Haaster, is carefully placed in geometrical balance within the colorful environment, much like characters in an Edward Hopper painting. It is an original voice for the house’s first ad campaign and one that The Impression looks forward to enjoying for many years to come.