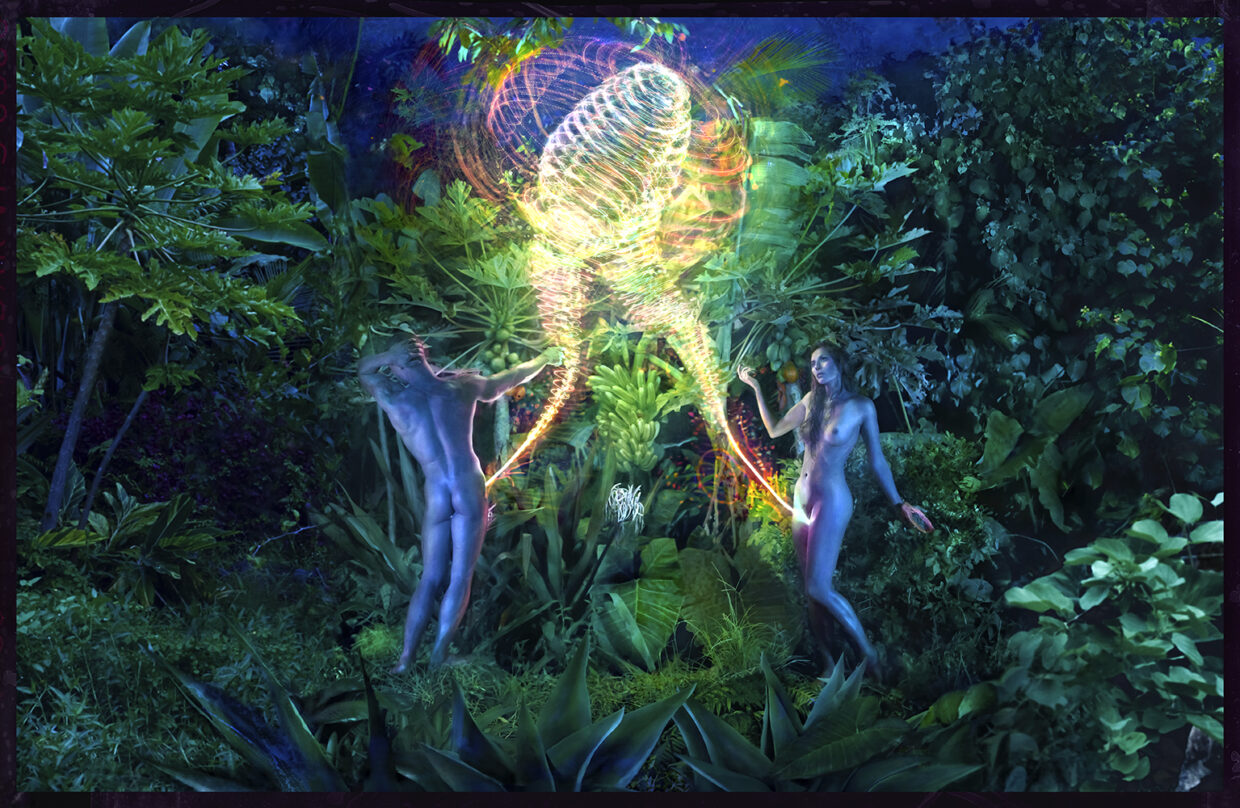 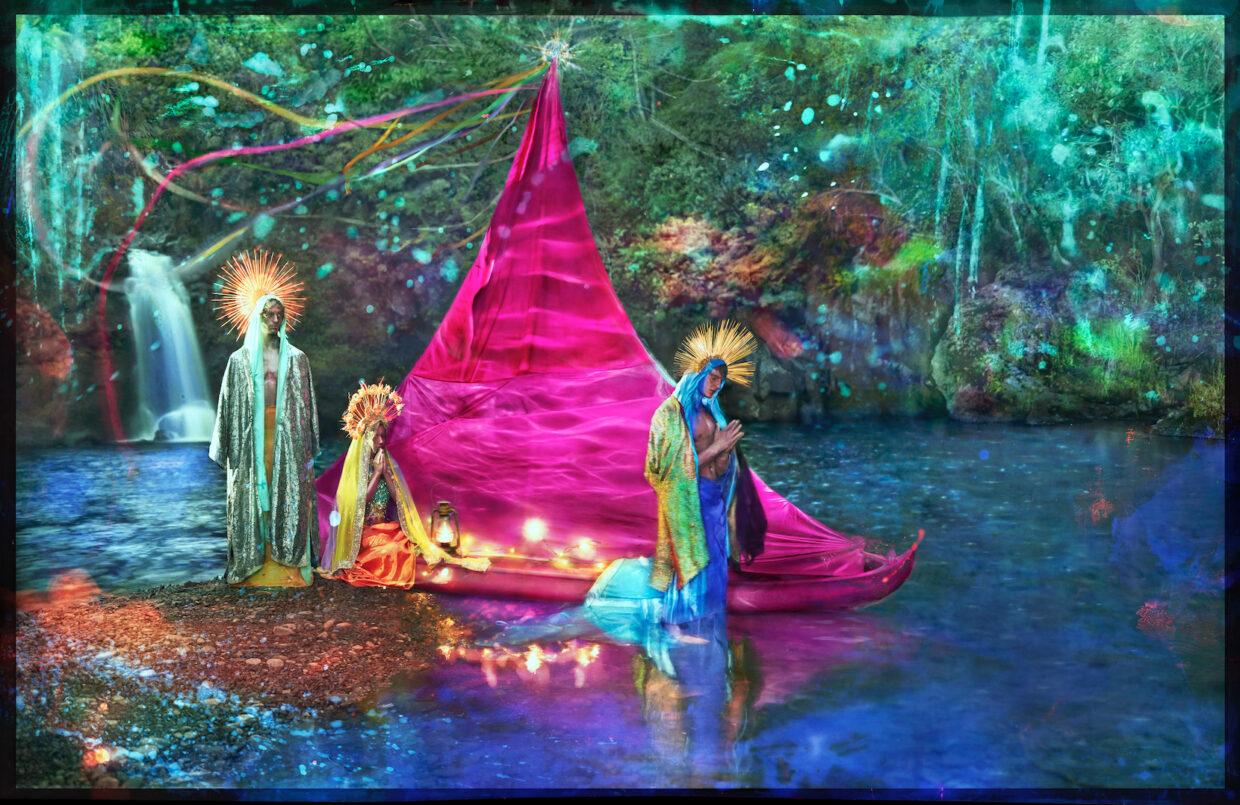 David LaChapelle returns to Paris with a large-scale exhibition designed for Galerie Templon’s Rue du Grenier Saint-Lazare space. Conceived as a journey through LaChapelle’s imagination, Letter to the World brings together iconic pieces and the photographer’s dramatic new work.
The layout of the two levels of the gallery space is designed to create a dialogue between two contrasting worlds: from destruction to utopia, excess to redemption.

On the lower level, a dynamic selection of iconic works illustrates LaChapelle’s vision of human civilization on the verge of collapse, faltering under the pressure of environmental dangers and the excesses of consumer culture and celebrity idolization. The virtuosic Seismic Shift (2012) as well as the defining Death by Hamburger (2001) and Addicted to Diamonds (1997) rub shoulders with remarkable portraits of Andy Warhol, David Bowie, and Michael Jackson. These highlights, along with radical still lifes and industrial landscapes, raise political questions as well as exploring the role of the artist and the viewer, examining our modern indulgence and desire for materialistic beauty and ever-lasting youth.

On the upper level, the artist responds to this apocalyptic universe with a fantastical New World. Drawing on his admiration for the great masters of art, he develops a dream-like vision of a wild paradise.
David LaChapelle moved to the jungles of Hawaii ten years ago. Inspired by his quest for spirituality and a more secluded life, his new works reveal a surprising aspect of his investigations. Drenched in an explosion of unusual, electric colours, his images are composed like collages. They bring to mind the experiments of early photography and evoke William Blake, Leonard de Vinci and religious iconography.
For the very first time, LaChapelle is exhibiting a poetic assortment of photographs which he made from 1983-89. Crafted using an analogue process whereby he painted on his own negatives, these early works demonstrate his artistic sensibilities and the appeal of nature already at play. The photographs are interwoven with LaChapelle’s newest works that use the same technique.

Over the past thirty years, LaChapelle’s prolific body of work has expanded the genre of image-making and established the photographer as a fixture in contemporary art.
Skilfully fusing art history with references to popular culture, metaphysical questions with street culture, David LaChapelle paints a disquieting portrait of 21st-century values and lifestyles.
His portraits, stage and film works have become archetypes of America. Since 2006, he has been focusing on the artistic side of his work.
Over the last few years, his work has been displayed in numerous solo exhibitions and major retrospectives, including at Groninger Museum in Netherlands (2018), Casa dei Tre Oci in Venezia, BAM in Mons, Belgium and Ara Modern Art Museum, Seoul, South Korea(2017); Edward Hopper House, New York, Moca Bangkok in Thailand and a various locations survey show in Montevideo, Uruguay (2016; Palazzo delle Esposizioni in Roma (2015); Hangaram Museum in Korea (2012), Galerie Rudolfinum in Prague (2011/2012) and Fotografiska Museet in Stockholm (2012) ; Tel Aviv Museum of Art in Israel and Museum of Contemporary Art Taipei (2010) ; Musée de La Monnaie in Paris (2009) ; Palazzo Reale in Milan (2007); the Barbican Museum in London (2002). His work features in a number of international collections at art institutions including the Los Angeles County Museum of Art, National Portrait Gallery in London and National Portrait Gallery in Washington DC.
In this past year, LaChapelle released the most extensive book project of his career to date. Lost & Found and Good News For Modern Man mark the final volumes of a five-book anthology, which began with LaChapelle Land (1996), and continued with Hotel LaChapelle (1999) and Heaven to Hell (2006).