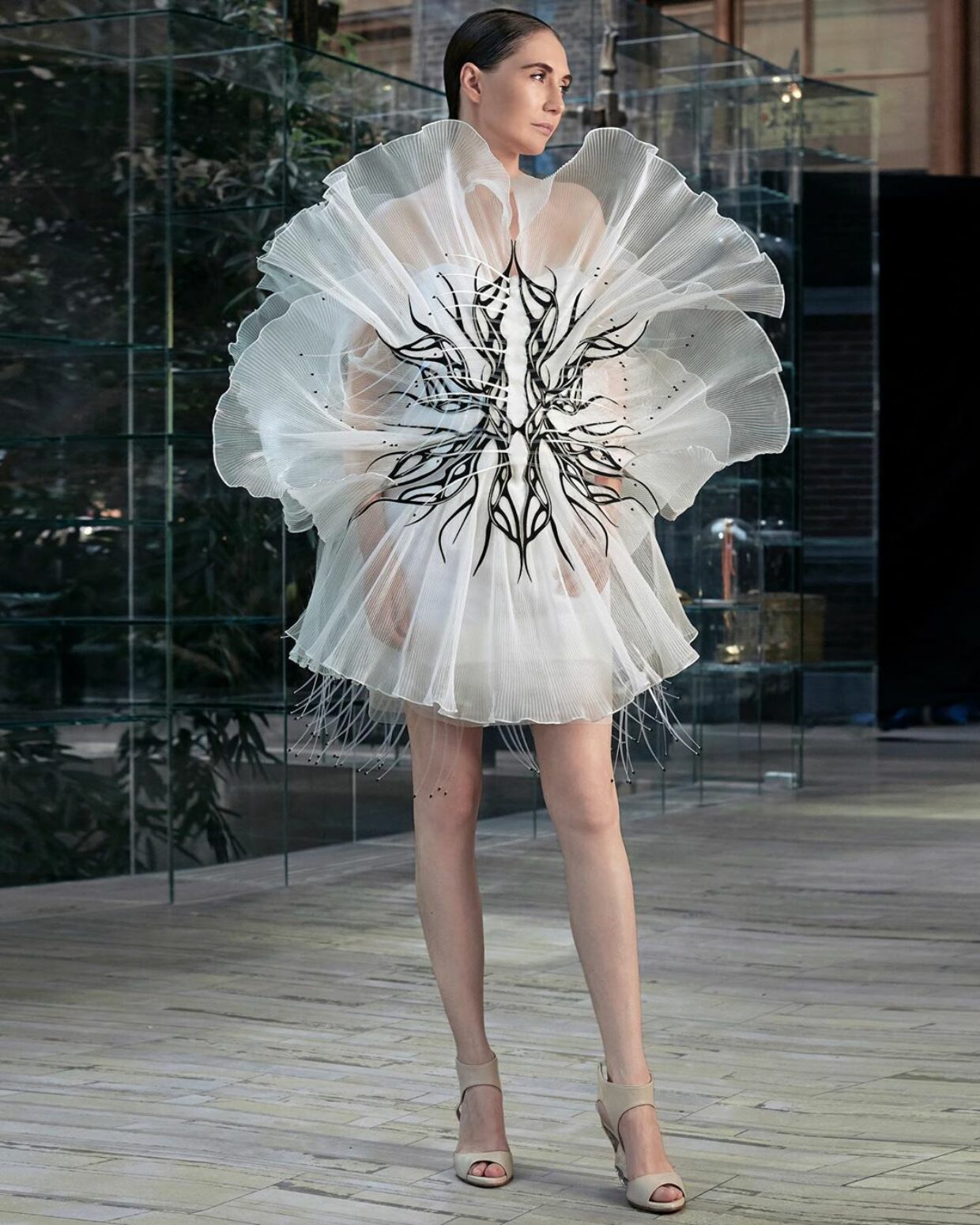 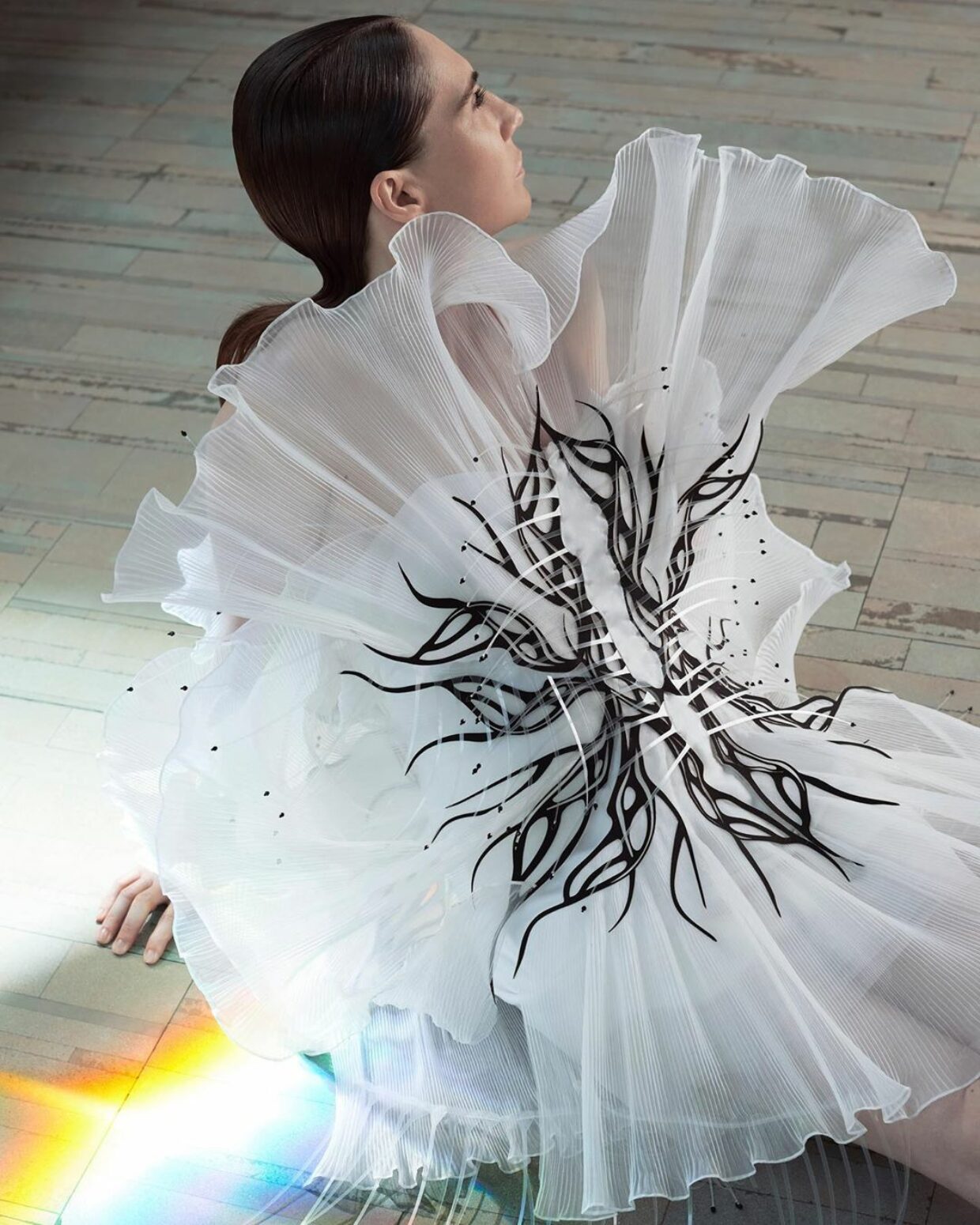 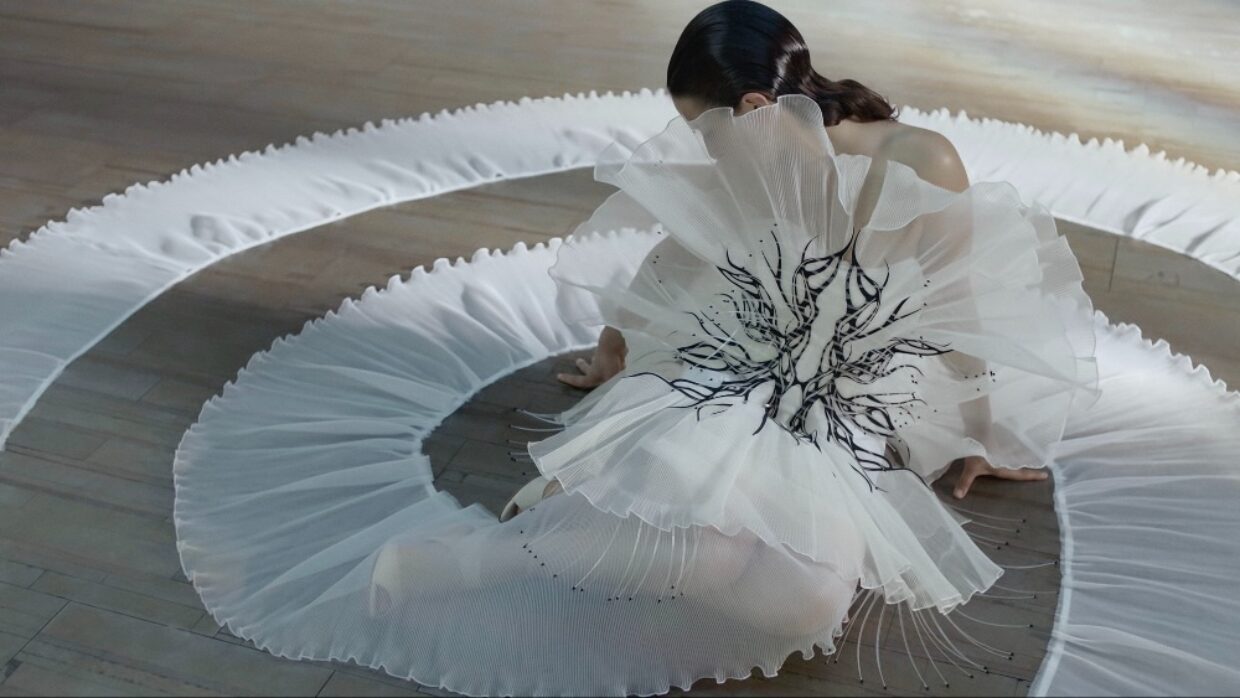 From ‘Game of Thrones’ to Digital Couture

In March, it was decided that the couture collections as everyone knew them — the ultimate visual extravaganzas of fashion artistry, handmade for the very few — should be canceled, because of the coronavirus pandemic. But then designers and the industry bodies that represent them said fah! to all that and declared the shows would go on, albeit as digital experiences.

What exactly that means will become clear this week as the results are presented online. Early on in the week is Iris van Herpen, the Dutch designer who has made her name by marrying technological innovation to artisanal handwork, and whose eye-boggling pieces often challenge the very definition of “dress.”

Instead of a runway presentation, she created a short film starring the actress Carice van Houten, most recently Melisandre, the Red Priestess on “Game of Thrones.” Here, the two women talk about the experience.

Iris van Herpen: I had been a long time admirer of Carice and wanted to do a collaboration at some point. I was very interested in her ability to be both strong and fragile at the same time, which felt very relevant to this time period.

Carice van Houten: Clothes are very important to creating characters. On “Game of Thrones,” half of my character was the costume and the hair. That dress was so restrictive and so heavy. I couldn’t slouch, and I am a very slouchy person, couldn’t wave my hand around because the sleeves were so long. It was very measured and structured, which was also the character.

IvH: I knew I was going to do something digital, and inspired by Escher, the Dutch artist who looked at the nature of perception. I was fascinated by the restrictions in the current moment and felt we really needed to do something completely different. My couture collections are small always, but this time I felt I could do a very deep dive into a single garment. The result is a very free interpretation of the word “dress.”

CvH: I wore one of Iris’s dresses once on a fashion shoot for Dutch Harper’s Bazaar, and I remember thinking, “Oh wow, this is something completely different.” When I do photo shoots for magazines, I often feel like I am wearing clothes that have nothing to do with me. I love fashion, but the fashion world is a bit scary. When you walk into a show and people look you up and down — that’s not for me. But I knew Gwendoline — Gwendoline Christie, who played Brienne of Tarth on “Game of Thrones” — had worked with Iris on a different show and worn her dresses, so that made it extra cool.

IvH: Everyone always talks about Carice in “Game of Thrones,” but I have actually never seen the show — I first saw her in “Black Book,” and the impression never left me. We both live in Amsterdam, though we had not met. I just got very lucky that she was available at this time.
We were not able to physically connect in the beginning, but by the time of the shoot, the restrictions in Holland had begun to ease. We ended up shooting in an old building in Amsterdam with a lot of sunlight. There were about 20 people in the production, including the director, Ryan McDaniels, but we were very careful about safety: One person did the hair and makeup and wore a mask the whole time.

CvH: When I saw the dress, I immediately loved it. It’s quite magical, though I was a bit nervous I might do something to it. I sort of had to feel my way into it. But when I did, it was as comfortable as jeans. It weighs almost nothing. Not that you are going to run to get the bus in it.

IvH: The dress has little black seeds that connect to stems that connect to branches that grow into very fragile translucent leaves, and it all sprouts from the center of the body. It is about birth and growth and formation. I wanted to express the experience of these last months without being literal, and symbolize the new beginning of things.

There’s no real distinction between up and down and back and front. It sort of goes into the space around her. That’s the Escher part. In normal times, I would have loved to do a lot of fittings, but this time I had to work more from my mind and memories. Then I shared the inspiration and the direction, though probably not very clearly. Probably it didn’t make very much sense.

CvH: That was good for me. I generally don’t like to rehearse too much. It’s not my method. I like to be surprised, to just dive in and respond. I usually tell my directors I love to improvise and be free, and that’s really what this was. When I saw the dress, I immediately loved it. I could just surrender to it. The dress was molding me and guiding me in what I needed to do.

IvH: In the end, it felt like a conversation between Carice and the dress. I hope to be able to do something like this again, though I feel like the film is a time capsule of the moment. And I want to do a show in Paris again. We have already started working on it. For now, I want to watch “Game of Thrones.”