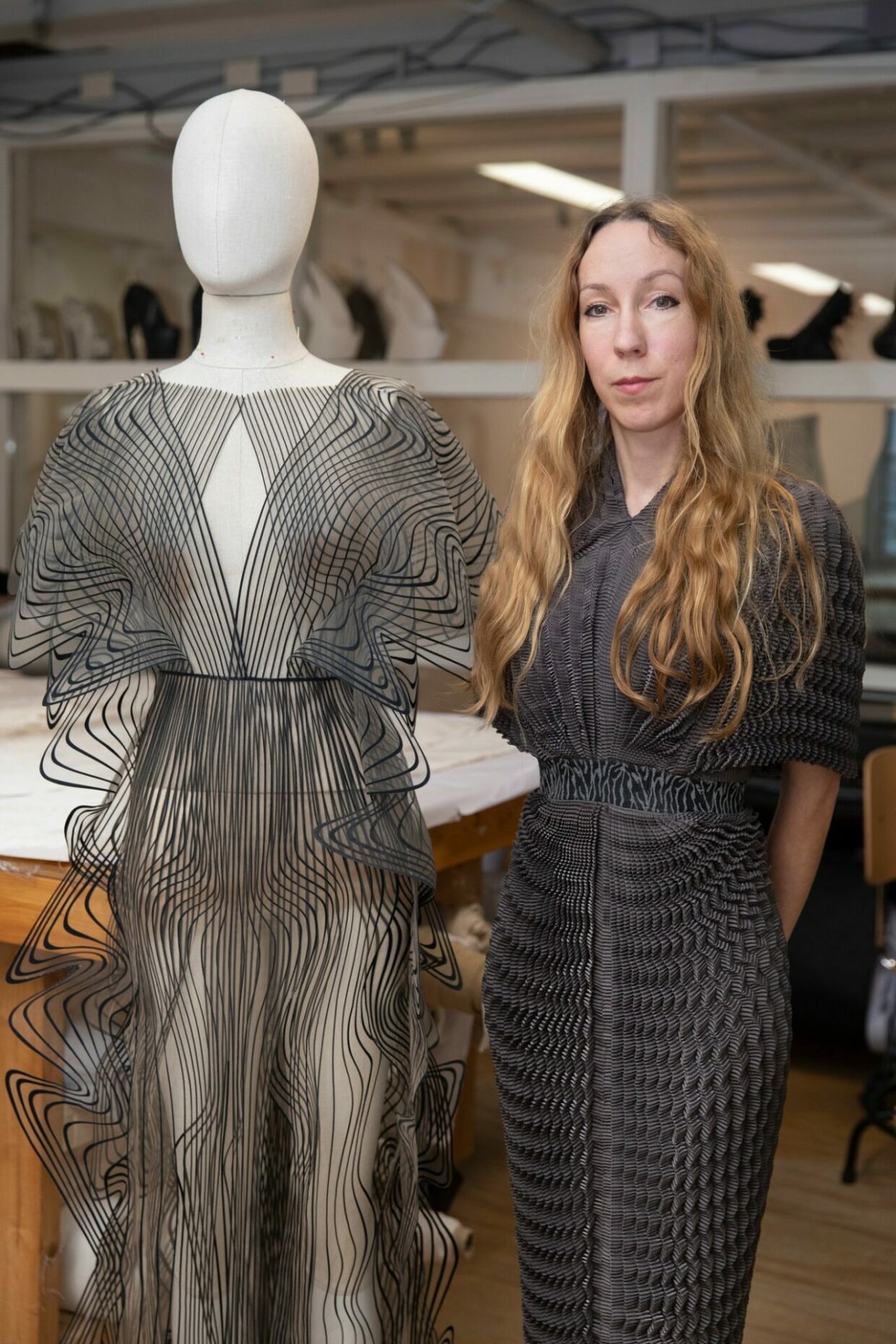 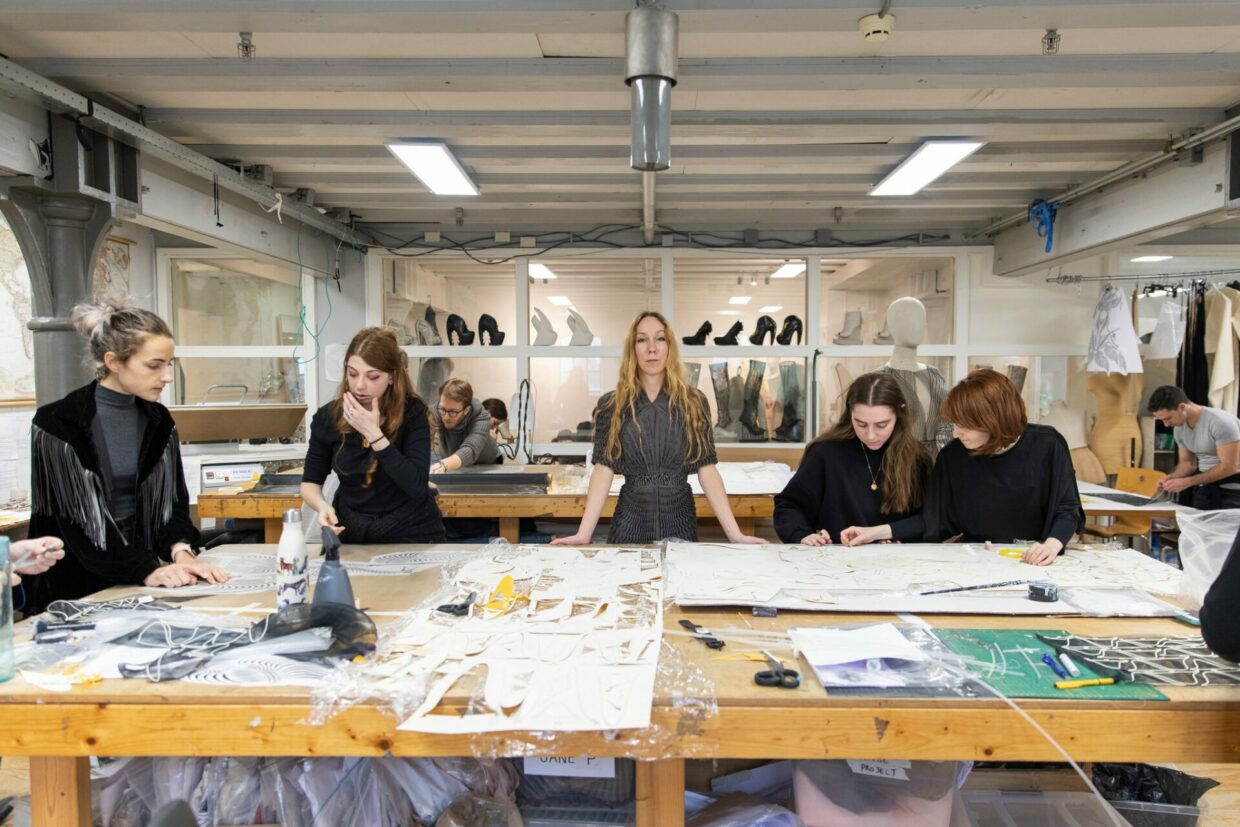 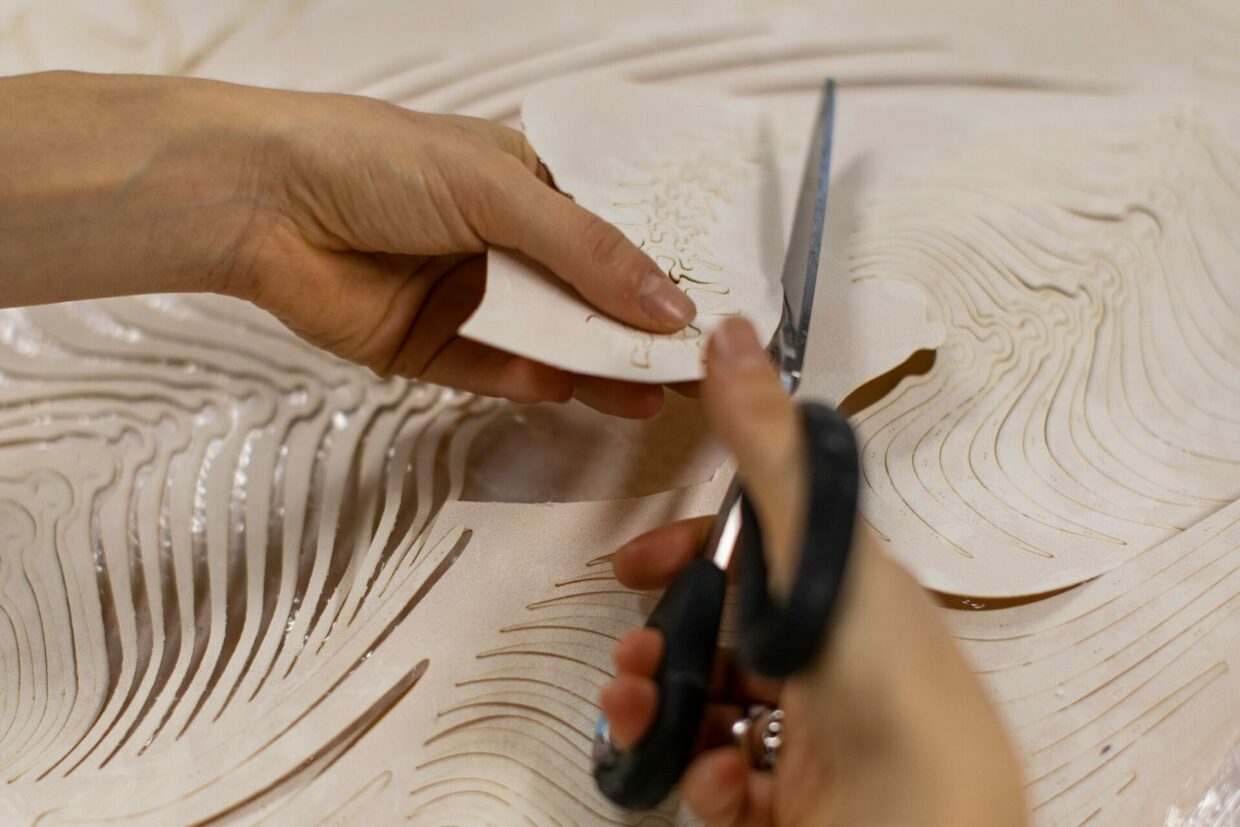 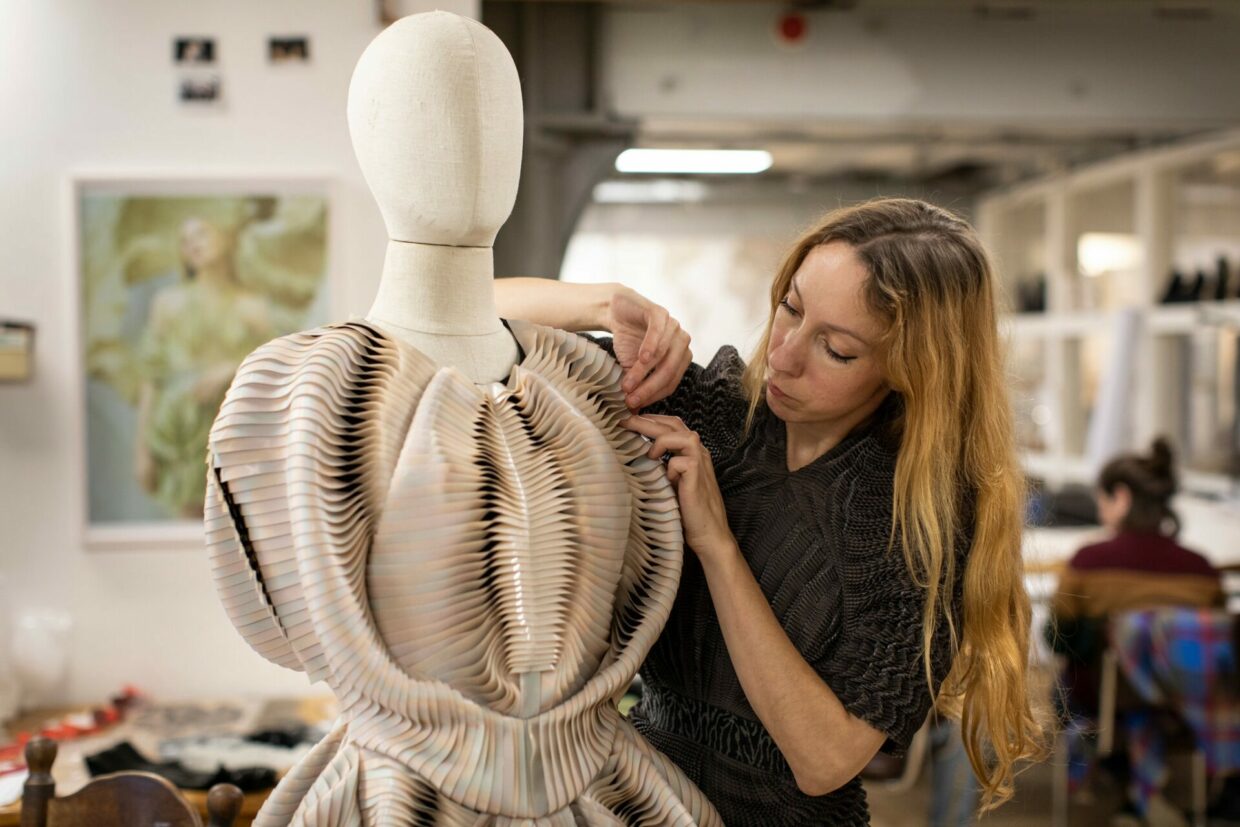 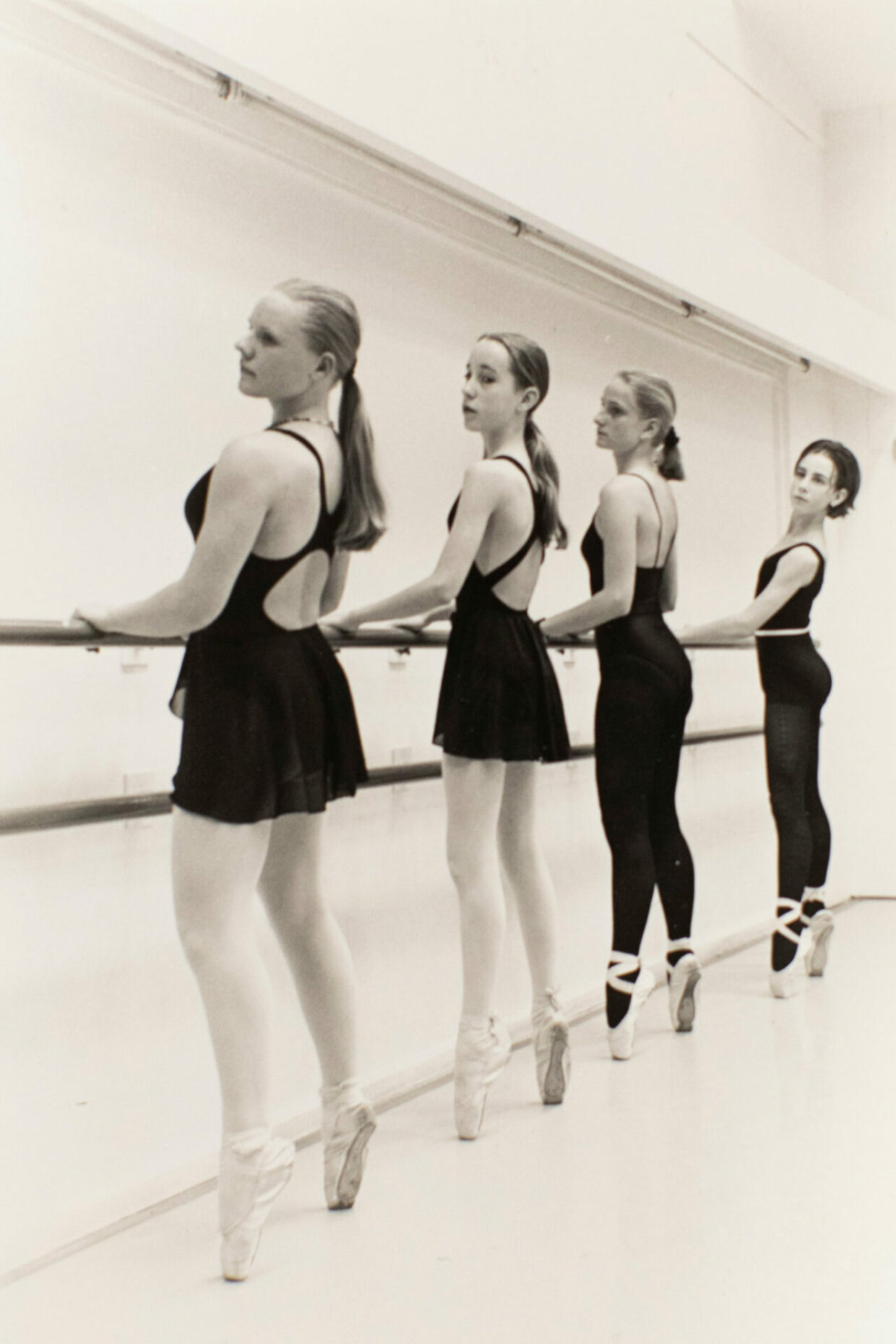 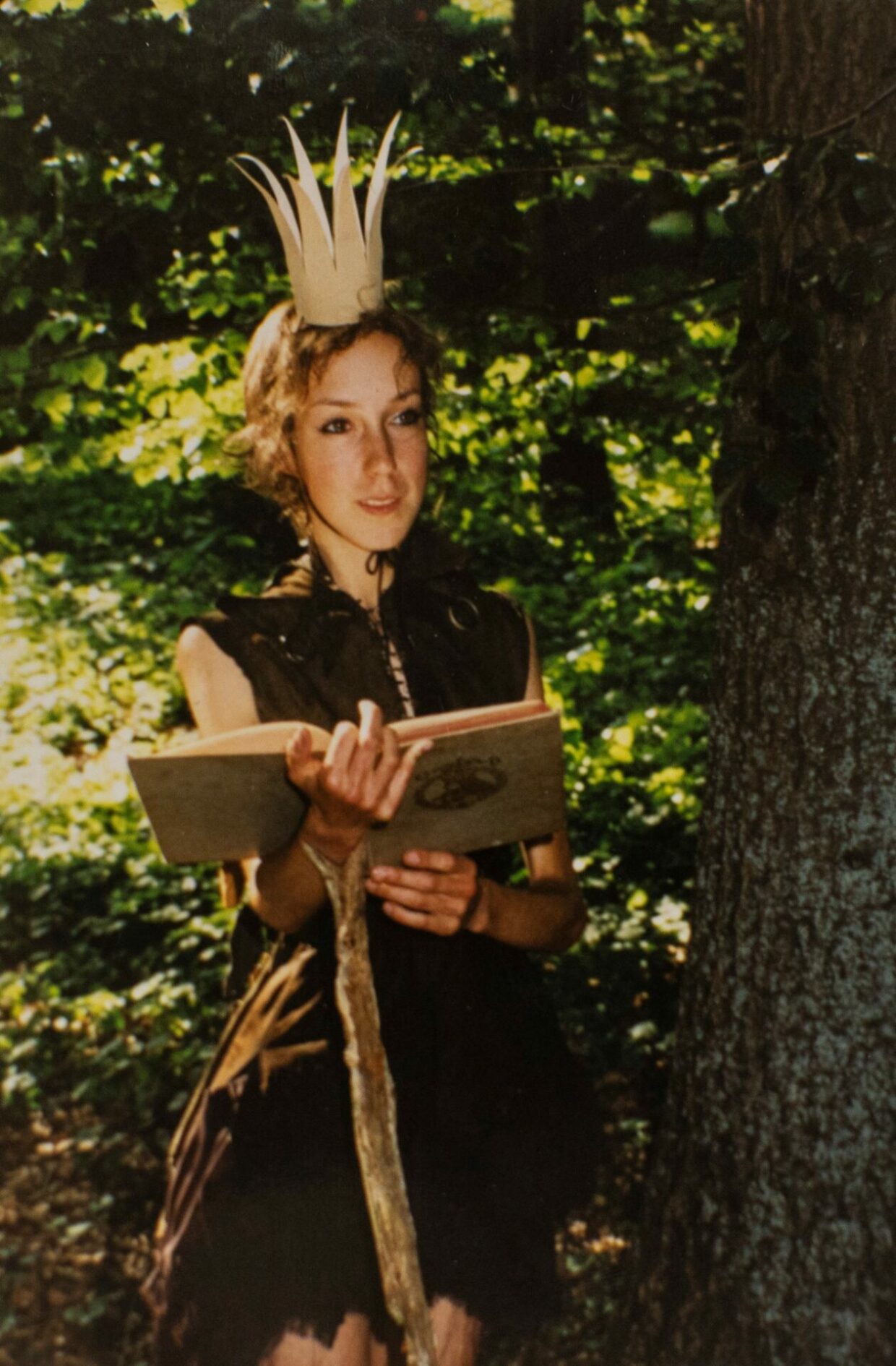 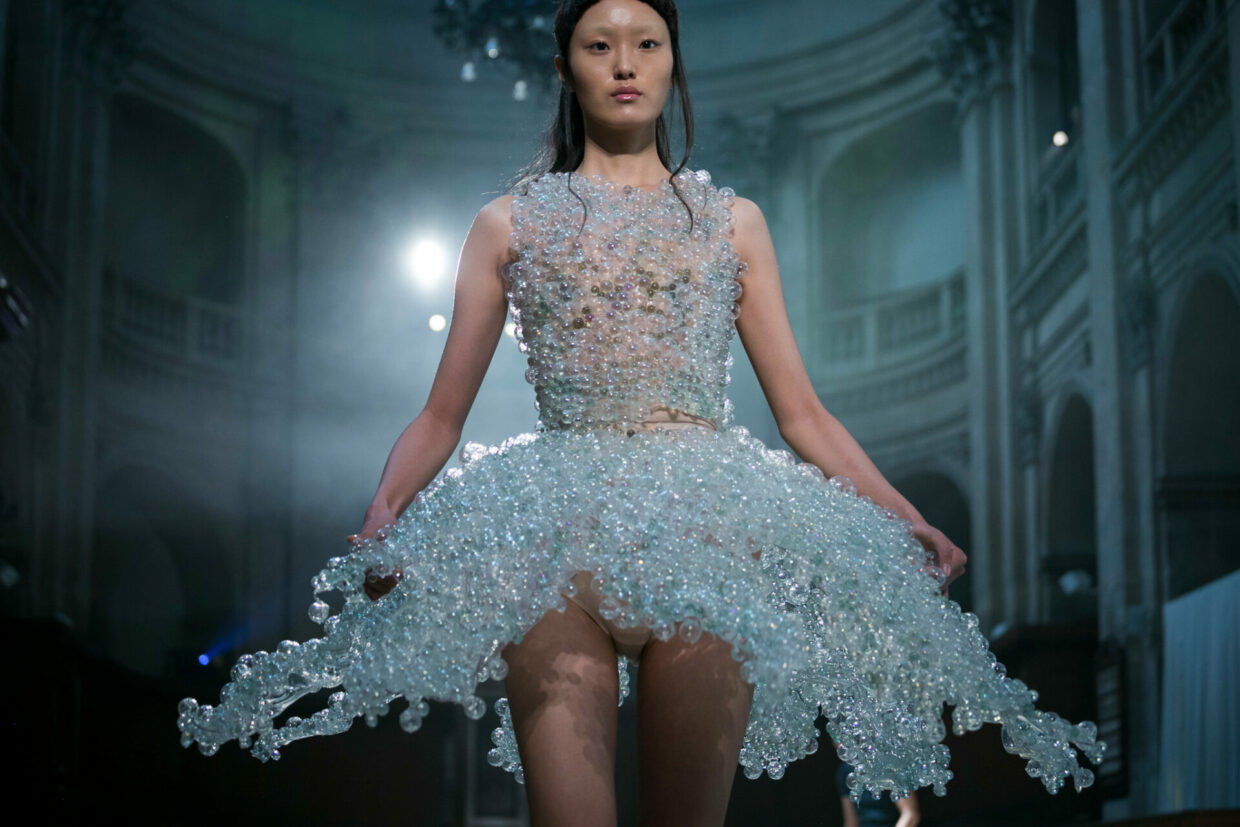 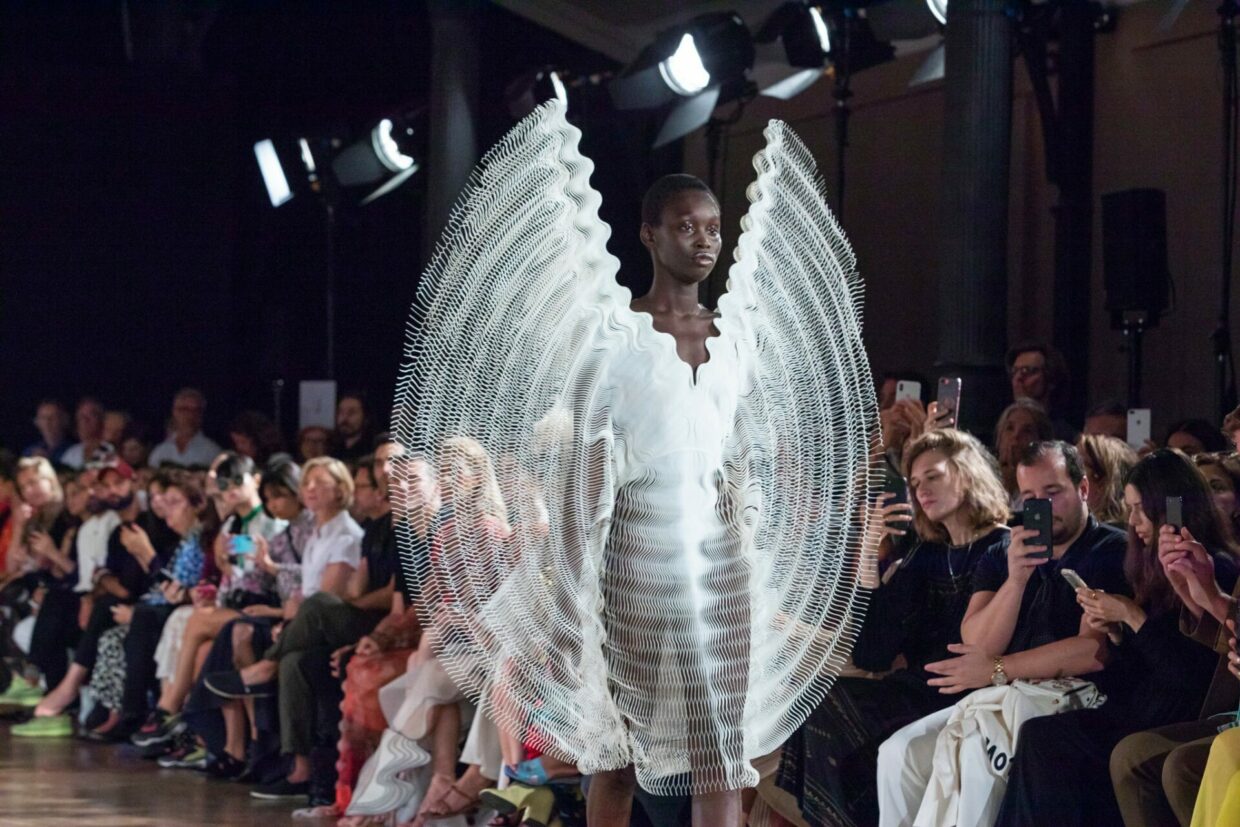 From a Sewing Needle to a Laser Cutter, a New Approach to Fashion

This article is part of a continuing series on Visionaries. The New York Times selected people from all over the world who are pushing the boundaries of their fields, from science and technology to culture and sports.

When many people think of couture they think of the most traditional, time-intensive kind of fashion; of seamstresses and tailors in white coats bent over intricate swathes of material painstakingly sewing by hand the way they have since the days of Charles Frederick Worth and Christian Dior (and Marie Antoinette, for that matter).

Iris van Herpen, however, a 35-year-old Dutch designer who founded her own company in 2007, has always thought of something different.

She has thought of the way the sewing needle — an early tool — might translate into the tools of tomorrow; might, for example, connect to the 3-D printer and the laser cutter. She has explored such themes as “biopiracy” and “magnetic motion;” has combined mylar and copper with tulle and organza. Her dresses often appear to have their own energy field and look as though they are terraforming the body.

A look from across the New York Times at the forces that shape the dress codes we share, with Vanessa Friedman as your personal shopper.

It is an attitude that has landed her pieces in the collections of the Metropolitan Museum of Art in New York City, the Musée des Arts Décoratifs in Paris and the Victoria & Albert Museum in London. Her first solo exhibit, “Transforming Fashion,” originally shown at the Groninger Museum in the Netherlands, traveled from the Dallas Museum of Art to the Royal Ontario Museum in Toronto. Most recently, she created a concrete frieze to wrap the Naturalis Biodiversity Center, the Netherlands’ natural history museum. She works in Amsterdam.

This conversation has been edited and condensed.

What would you like people to know about your work?

That there is a line that runs from craftsmanship through innovation and technology that can be explicitly explored in fashion to weave new identity, new forms of femininity. Technology is a very powerful tool, in the same way the hand is a powerful tool, and combined with craftsmanship it can create a new language of shape, beauty and touch. The world is changing so rapidly, and fashion doesn’t always explore that — it very much likes to look back, to where we came from — but for me, it is about looking forward, into the unknown.

Also, that my work often looks different to how it feels. There’s usually a presumption that the clothes will be difficult to wear, because they don’t always look like the clothes we are familiar with, but that is perception rather than reality. The process of design happens on the body. I put most of it on myself. You can even put most of it in the washing machine.

What did you want to be when you were a child?

A dancer. I grew up in a really small town in the middle of Holland called Wamel. It’s so small, even if you say the name to a Dutch person they probably won’t know it. We didn’t have a television, or a computer. But we had dance. I grew up with dance — my mother was a dance teacher, and I did classical ballet from a very young age and really loved it. For me, it was about the power between mind and matter, the way you can transform your body, as well as the effort that goes into it: the training and discipline. I really like pushing myself. I think that is when I became fascinated by movement. I still take a lot from what I learned.

Who or what inspired you to go into your field?

When I was 16 I moved to Amsterdam, because there was no high school in my town, and that’s when I became aware of fashion, both because it was around me and because I was at an age when you become aware of how you can express yourself and your identity through clothes. When I was 18 I went to Arnhem to go to the art academy. At the academy, I learned a lot about fashion technique, but the way it was taught and talked about was very traditional, and I felt quite disconnected from it. It wasn’t until after that I had my world opened up and started seeing fashion in the context of a lot of other disciplines: biology, architecture, art.

Where do you find sources of creativity?

I am most inspired by people in other fields. The choreographers Benjamin Millepied and Sasha Waltz taught me to look at the body in a different way; to look at the space around the body as much as the body itself and how we can effect both. Philip Beesley, the architect and sculptor, is someone I worked with for six years, and his creative process and philosophy were very influential. And for me, CERN, where I have been a few times, is one of the most special places on this planet. Thousands of scientists working together! It’s not that I am going there to make a dress out of the Large Hadron Collider. It doesn’t work like that. I go there to ask questions and find out what I don’t know.

How does technology interact with your profession?

Fashion tends to treat technology as a platform for communication, but it goes way beyond that. We use 3-D printers, laser cutting, heat bonding. Recently we have been experimenting with 4-D printers: they code movement into the material, so it transforms. Currently fashion is very much considered disposable, but this could be a tool to improve a garment over the long term, so we are less dependent on mass production. The potential of technology merged with craft is infinite. It blows your mind.

What obstacles do you face in your field?

I used to think it was hard to be a woman running a company, but now my company is mostly female, and it feels very powerful. It’s probably more the difficulty of being a small brand and competing with big groups and globalization. But I also think that as a smaller company, you have an advantage because you can innovate much more freely and focus on quality instead of quantity. I make 50 to 80 pieces a year, for clients around the world, and that is enough.

How do you define success?

It’s not about money or fame — as long as I have enough money to have the freedom to create what needs to be created. On a micro level, I feel success when we have reached a new level of technique, or created a new kind of material. On a macro level, I think it is helping people reach a new understanding of beauty, especially people who don’t necessarily connect to fashion. One of the clichés about fashion is that it is superficial, and for me, it is very special to see when people have changed their minds about that.

How do you plan to change your field?

A lot of companies don’t really want to move forward; they aren’t driven by innovation, but by functionality, time and money. I am trying constantly to have people around me that want to push boundaries and see fashion as an important tool in society.

What is the biggest challenge facing your field?

It has to be the environmental crisis, though that is a challenge facing us all. Fashion is one of the most polluting industries in the world, and our production methods and materials are simply not sustainable enough. On the other hand, I do think there are a lot of things that are going well, especially in the change that has occurred around what we accept as beauty. That is so powerful, and so positive.