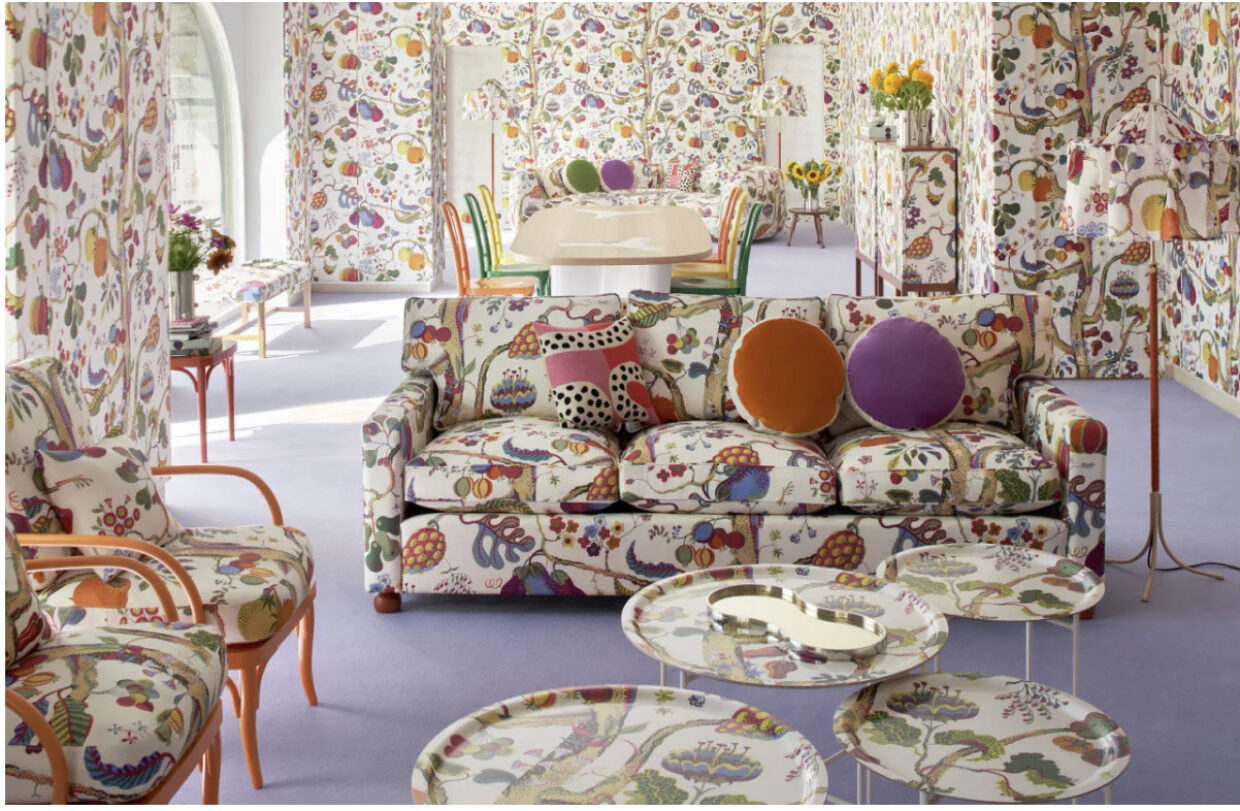 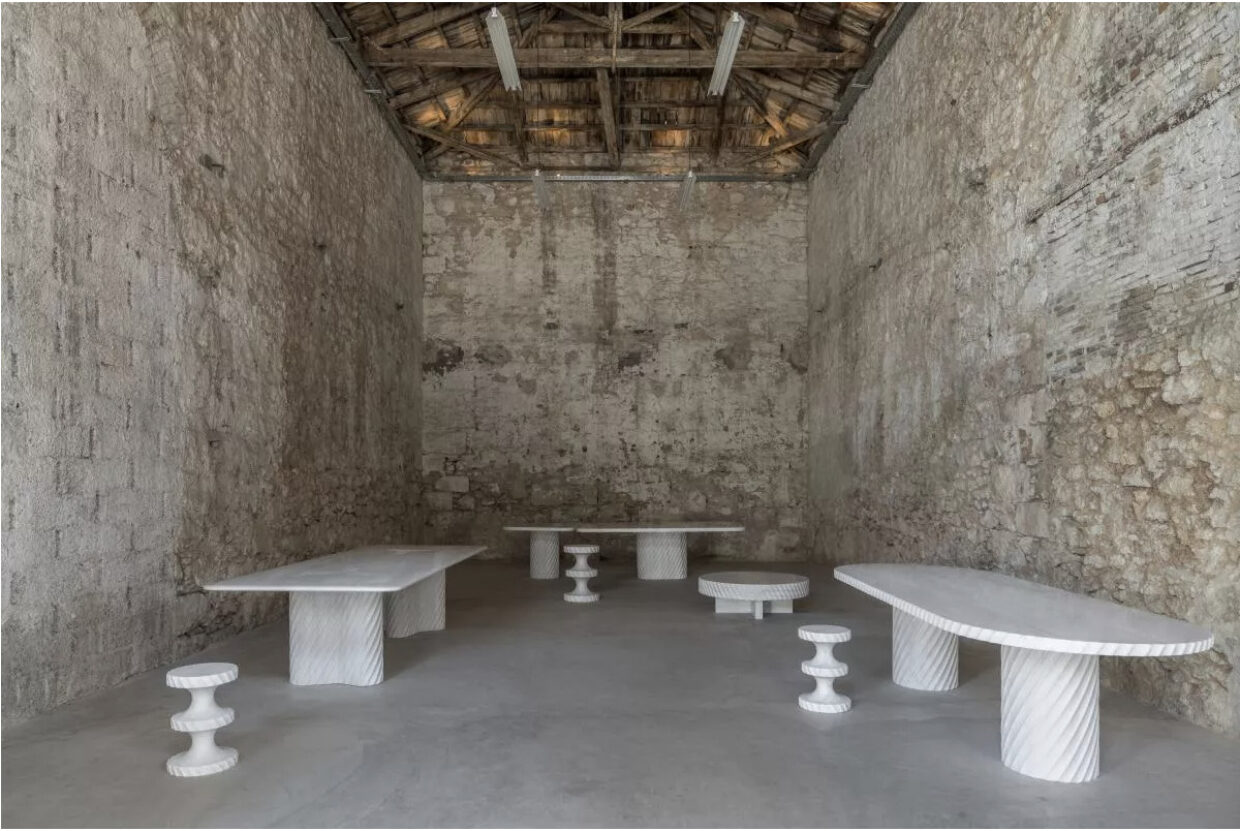 Designer of the Year, the shortlist: Wallpaper* Design Awards 2023

Welcome to the Designer of the Year: Wallpaper* Design Awards 2023 shortlist. This year, we celebrate the work of Yinka Ilori, India Mahdavi, Studiopepe, Stephen Burks and Kwangho Lee.

Discover the winner in Wallpaper’s February 2023 issue, on sale 5 January, and here at Wallpaper.com.

‘Yinka Ilori: Parable of Happiness’, the British Nigerian designer’s first major museum display (15 September 2022 – 25 June 2023, at London’s Design Museum), charts his journey through furniture, graphic design and architecture. The display comes at a particularly exciting time for Ilori, who this year was tasked with redesigning the afternoon tea experience at the Bulgari Hotel as well as creating a new playground in east London – two projects that show his playful approach across different environments. Ilori was also aptly nominated cognac house Courvoisier’s Ambassador of Joy, creating an installation that showed in New York, Johannesburg and London with more activities planned for 2023, and created his first permanent installation in Berlin, a pavilion titled ‘Filtered Rays’ that explores  the relationship between light and colour. He also unveiled his new studio, a space imbued with his signature colourful compositions. ‘The colours are very joyful and really help set the tone for the day,’ he tells us. ‘I’ve used them to create a really positive, happy environment. I hope that it gives everyone in the office time to dream and imagine.’

Perhaps India Mahdavi’s most iconic interior, The Gallery at Sketch, got a makeover earlier this year. The French-Lebanese architect transformed the candy pink paradise she created with artist David Shrigley in 2014 into a more subdued space, in collaboration with artist Yinka Shonibare and with contributions by African craftspeople, who created unique objects and textiles for the interior. Mahdavi’s ability to infuse her designs with colour and curves produced some exquisite collections this year, such as the ‘Loop’ lounge chair and banquette for Gebrüder Thonet Vienna, making the most of the company’s wood-bending capabilities in bright, jewel tones. Mahdavi also teamed up with Swedish company Svenskt Tenn to pay tribute to Josef Frank’s legacy with an immersive interior for its Stockholm gallery and a series of newly designed pewter pieces to add to the collection. Momentarily abandoning colour, Mahdavi collaborated with Athens’ Carwan Gallery to reimagine some of her most iconic furniture designs in all-white marble, demonstrating her ability to twist her approach while maintaining her strong creative identity.

American designer Stephen Burks has been a pioneering force on the international design circuit since he first established his studio in 1997. Known for his trademark style of uniting industrial design with aspects of handcraft, Burks has forged a path for other American designers to follow, while establishing his own distinctive creative signature. No stranger to working with global manufacturers like Cappellini, Dedon, Missoni and Roche Bobois, Burks is particularly successful in his embrace of cultural diversity, be it supporting craftspeople from around the globe or drawing from his own experience as a Black American designer. Burks’ pioneering point of view is currently being celebrated at the High Museum in Atlanta – his first major institutional show in over a decade (until 5 March 2023). The Brooklyn-based designer also unveiled a colourful installation for the kitchen and bathroom fixture brand, Graff, in Chicago, showcasing its signature taps against an array of handcrafted textures and finishes. This is coupled with an ongoing collaboration with students of Brera College in Kentucky, titled ‘Crafting Diversity’ and sold exclusively at DWR, with full proceeds benefiting the college. These projects are testament to Burks’ ability to translate  the value of human relationships into functional forms.

In 2022, Studiopepe debuted a collection with Italian furniture maker Visionnaire, inspired by the five senses and featuring tongue-like lamps as well as fringed mirrors inspired by alchemy. After a few conversations with studio founders Arianna Lelli Mami and Chiara Di Pinto, Wallpaper* commissioned the pair to work on a 2023 horoscope that marked our magazine’s first foray into astrology. Studiopepe’s ability to infuse their furniture designs with their personal interests – from astrology to anthropology and the history of objects – culminated in ‘Temenos’, their first collectible design collection presented at Milan Design Week 2022 in a dramatic installation in collaboration with Paris’ Galerie Philia. Further pieces by the duo this year have included furniture for long-term collaborators Tacchini and Baxter, a pop-up shop in Rome for Hermès, and lighting for Contardi.

Originally trained in metal art and design at Seoul’s Hongik University, Kwangho Lee created a few furniture pieces for his 2007 graduation show, which caught the attention of a number of design galleries, kickstarting his career in furniture design. A regular fixture of the collectible design circuit, in the past year Lee has expanded his scope working with brands to create functional furniture that includes the ‘AA’ bench for Finnish design brand Vaarnii, and the ‘Hunk’ chair and ‘Glyph’ tables for Swedish brand Hem, inspired by some of his earlier works. He has also worked with Korean marble producer Total Marble, creating a chair that features a marble marquetry technique featuring a knotted design – a nod to his ‘Obsession’ series defined by intricate woven patterns as the base for furniture and product designs. ‘The joy of making is central to explaining my work,’ he told Wallpaper* this year, as we discussed his collection for Hem. ‘The key effort has been to translate the handmade quality of my work into a larger scale of production. And I think that it’s been a unique challenge for me, trying to find this new way of working. This whole process has been just trying out new methods and seeing where each iteration takes us. I’m very excited to see how this goes.’