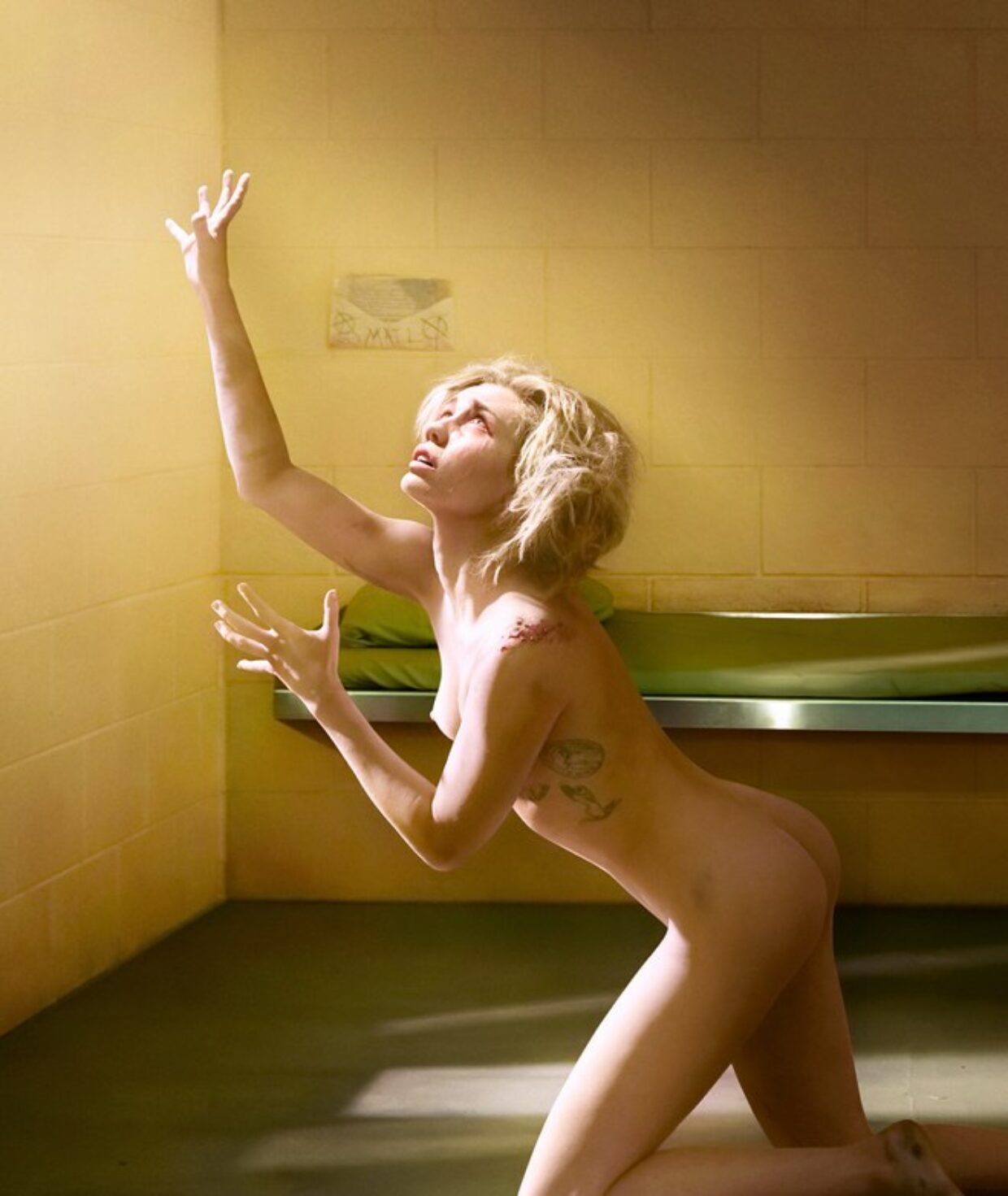 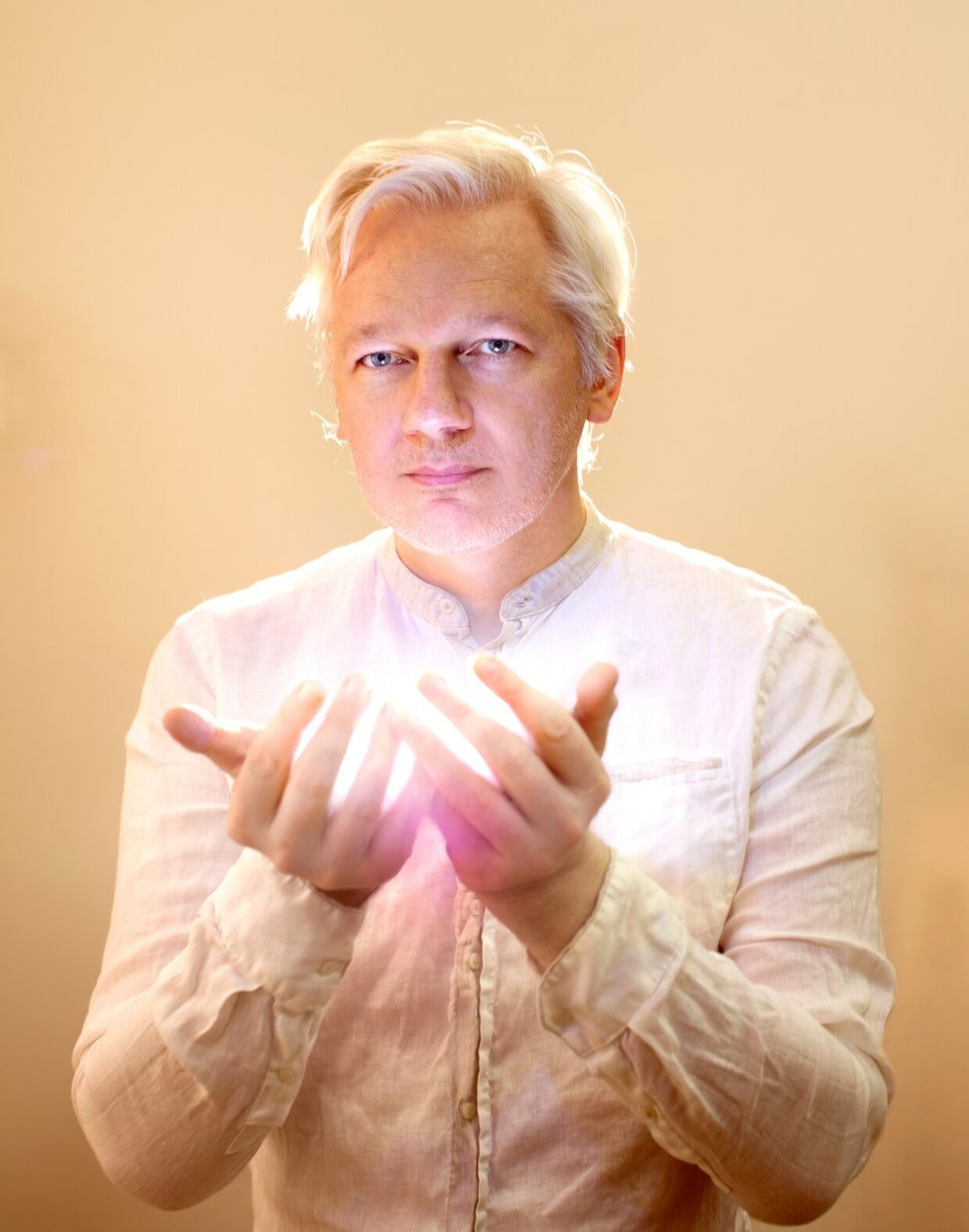 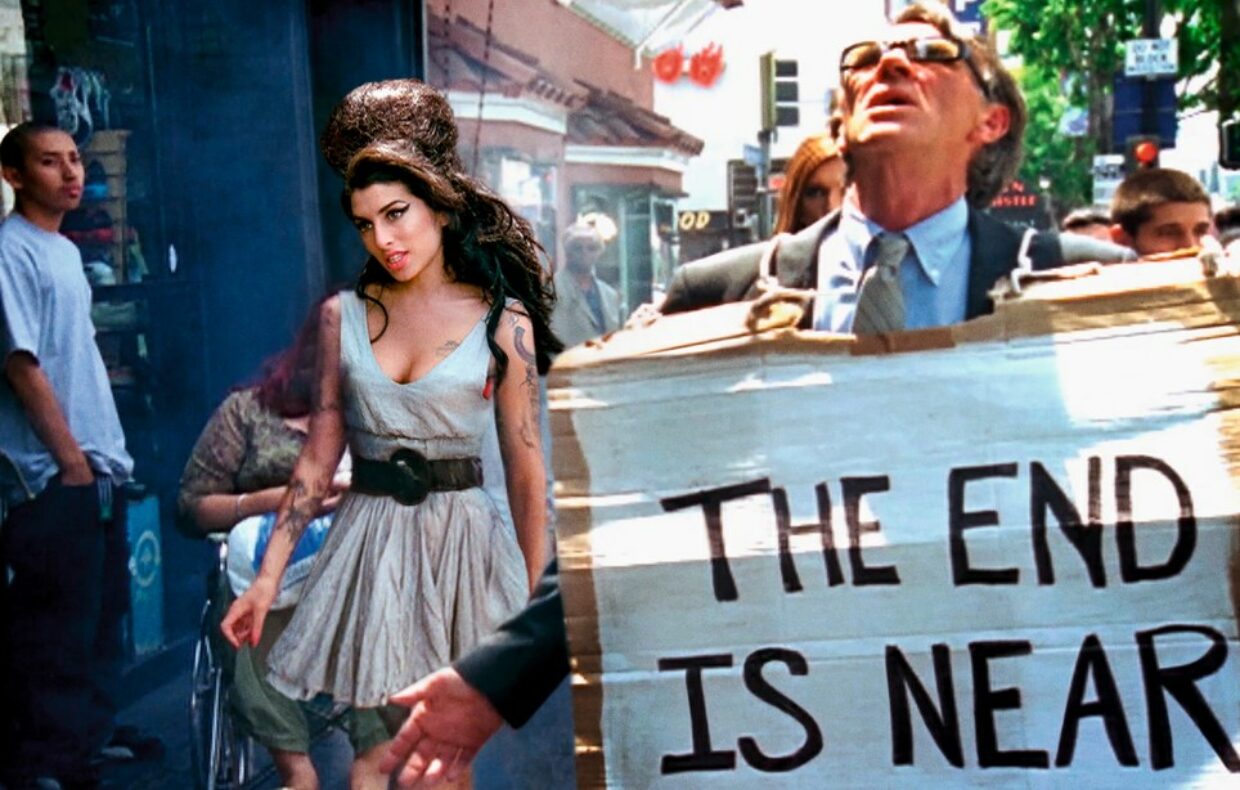 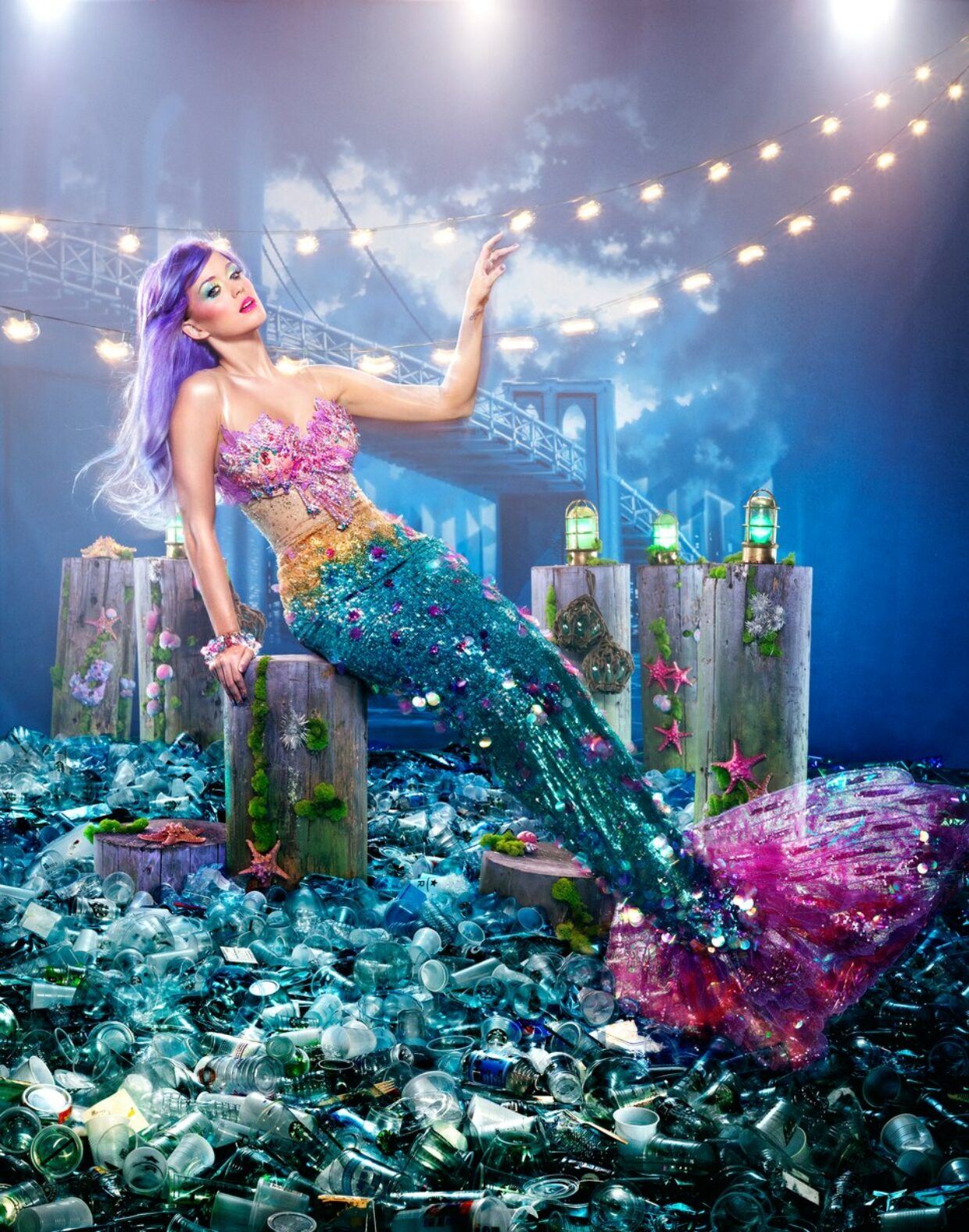 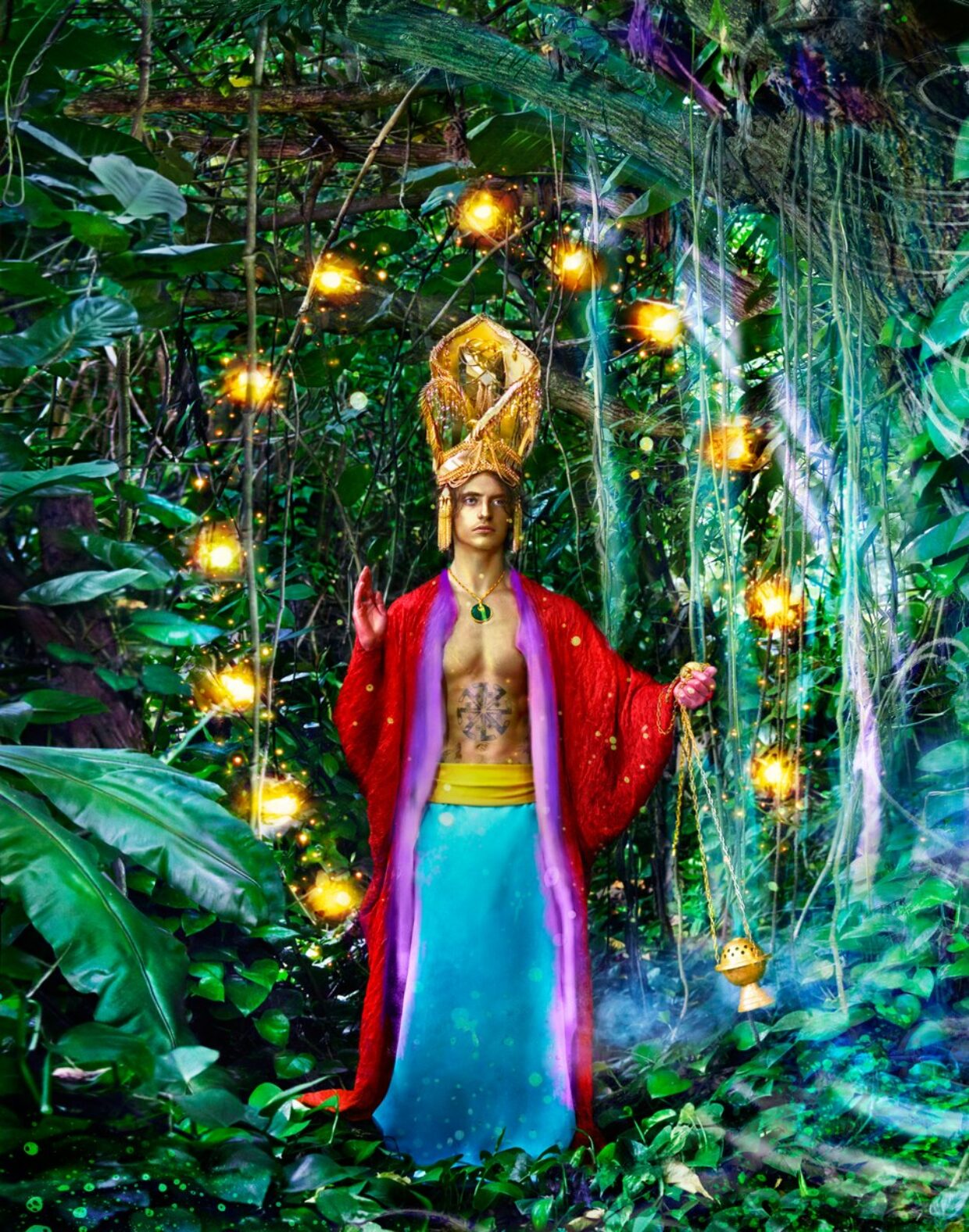 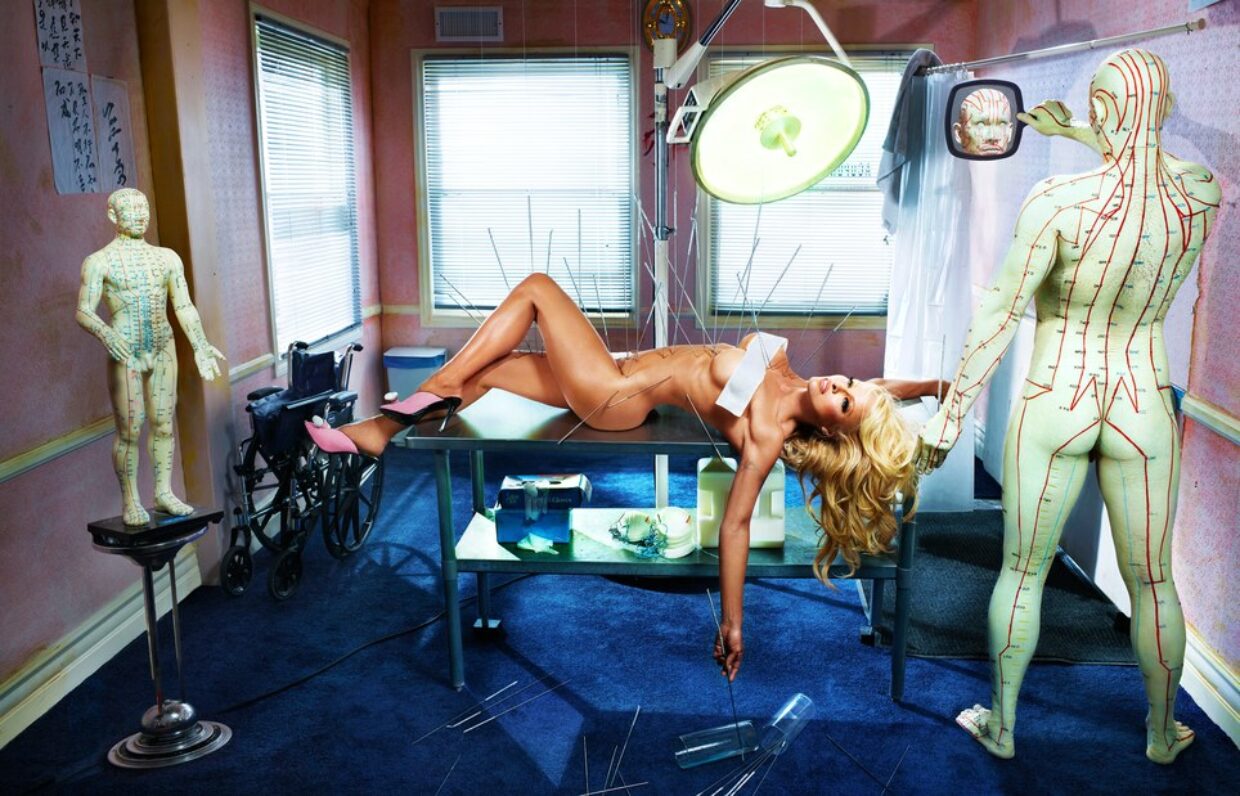 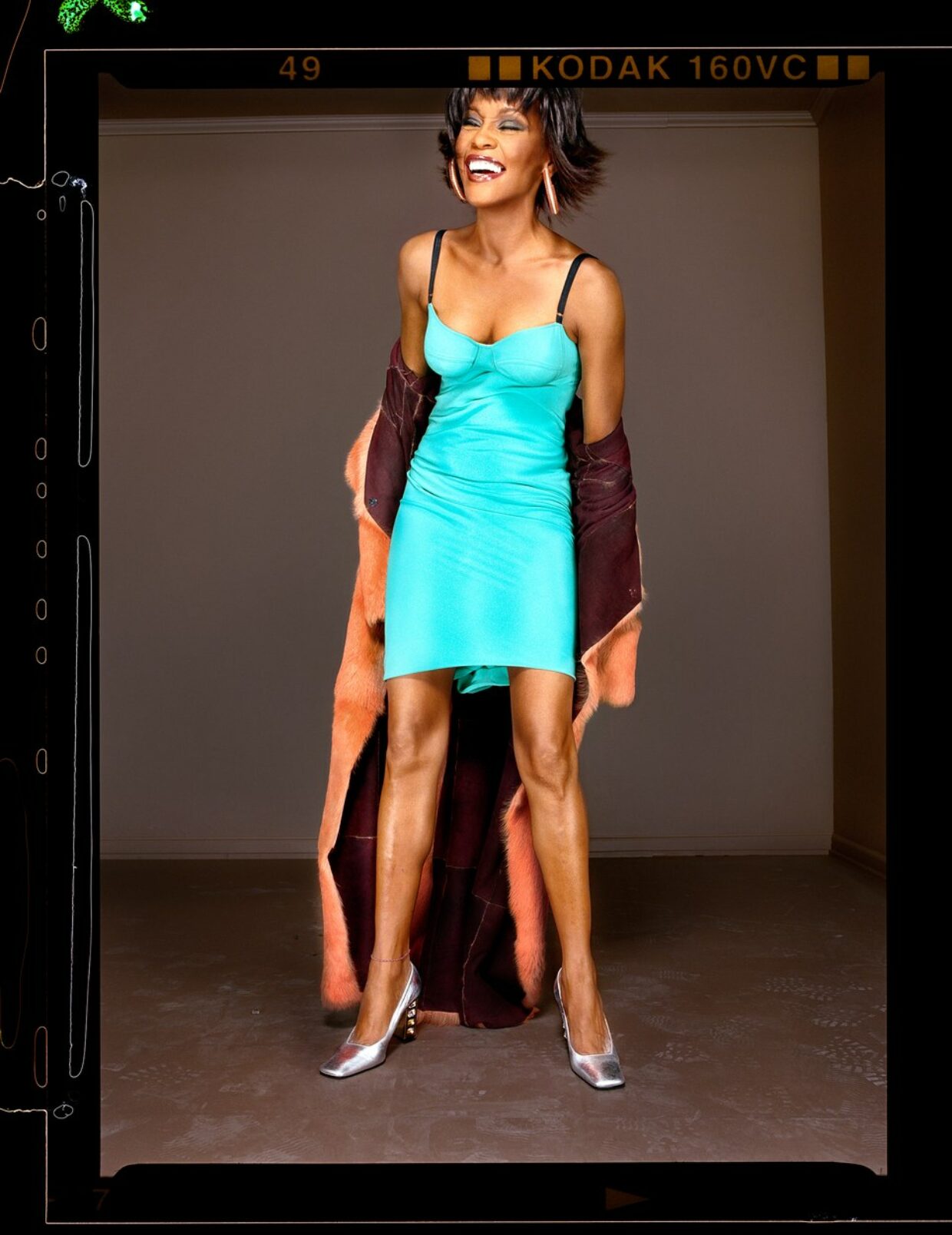 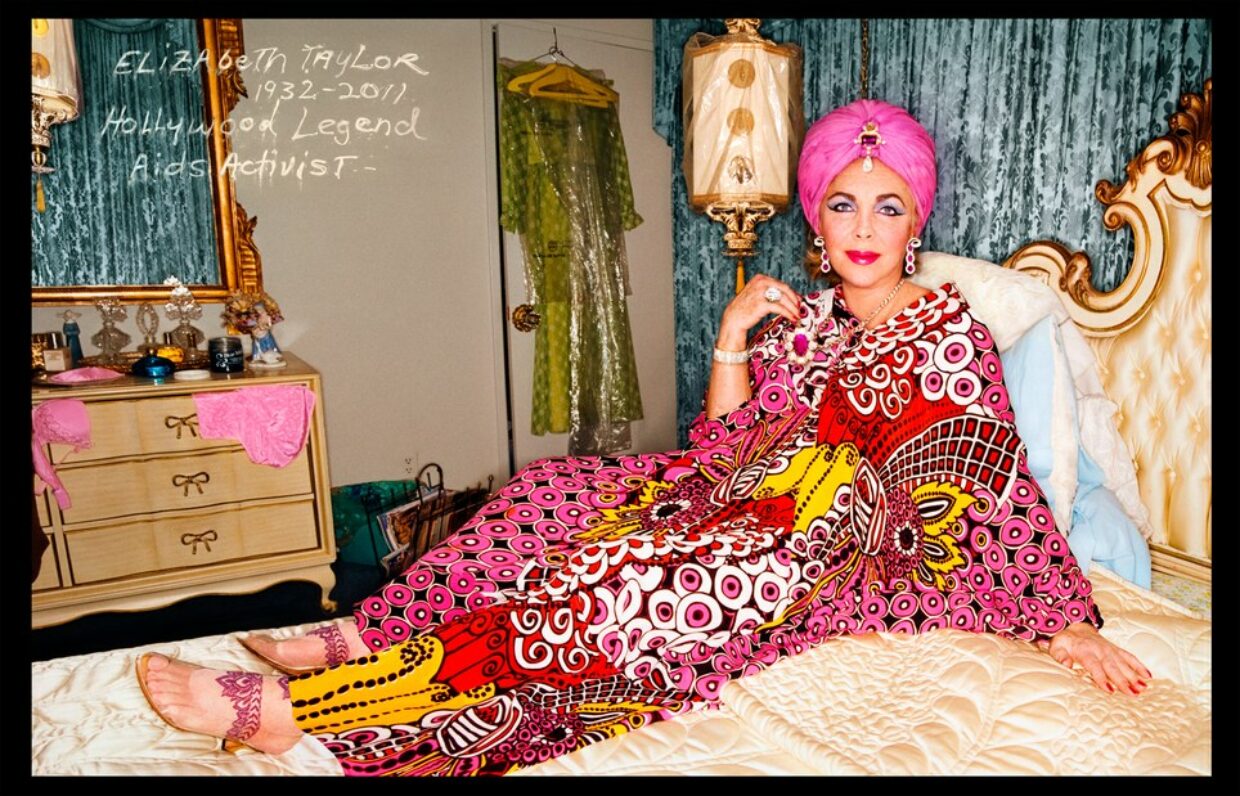 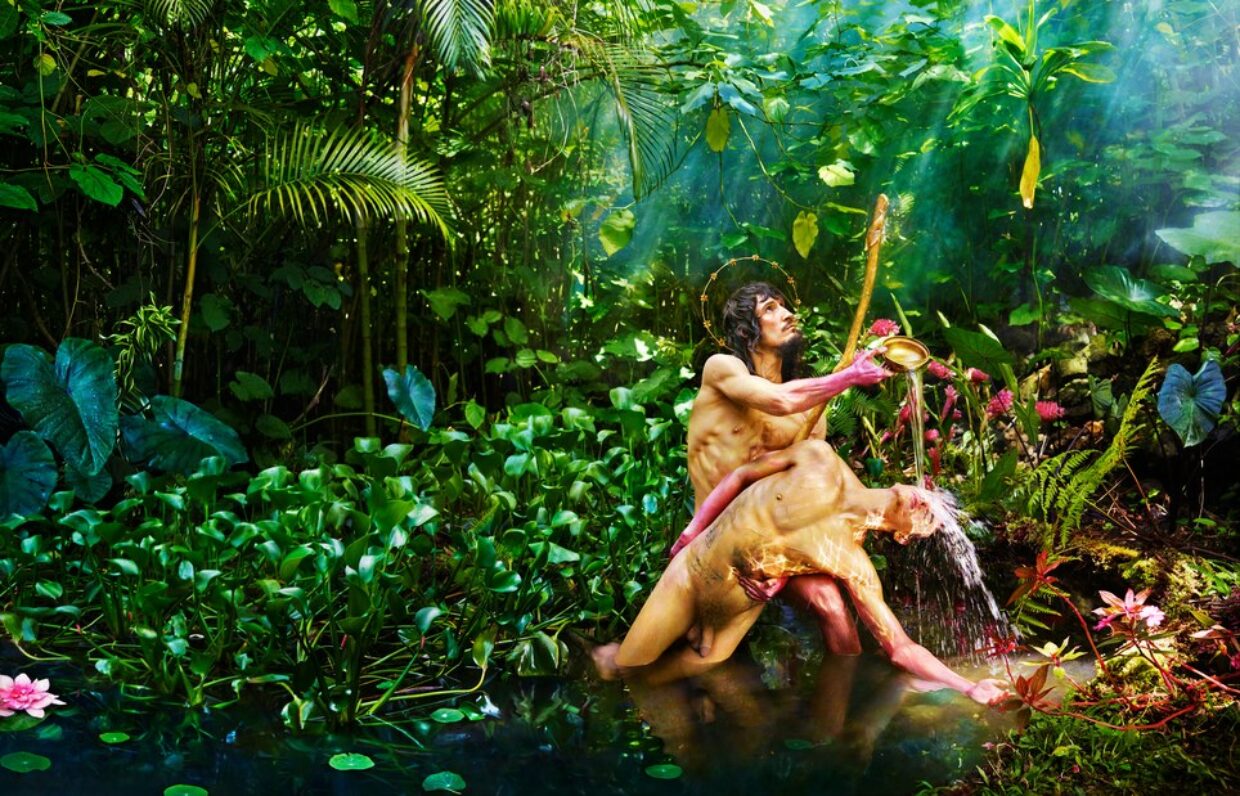 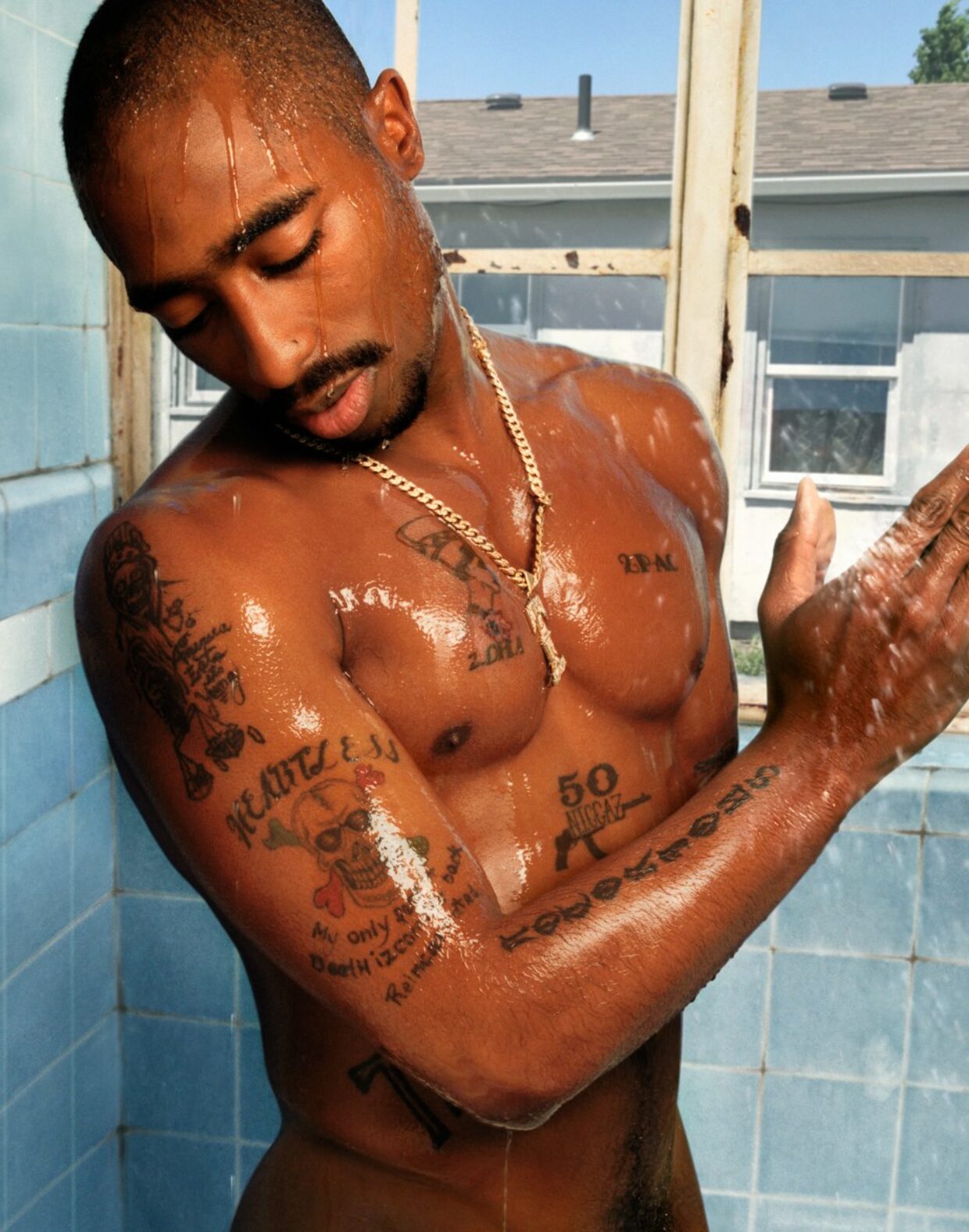 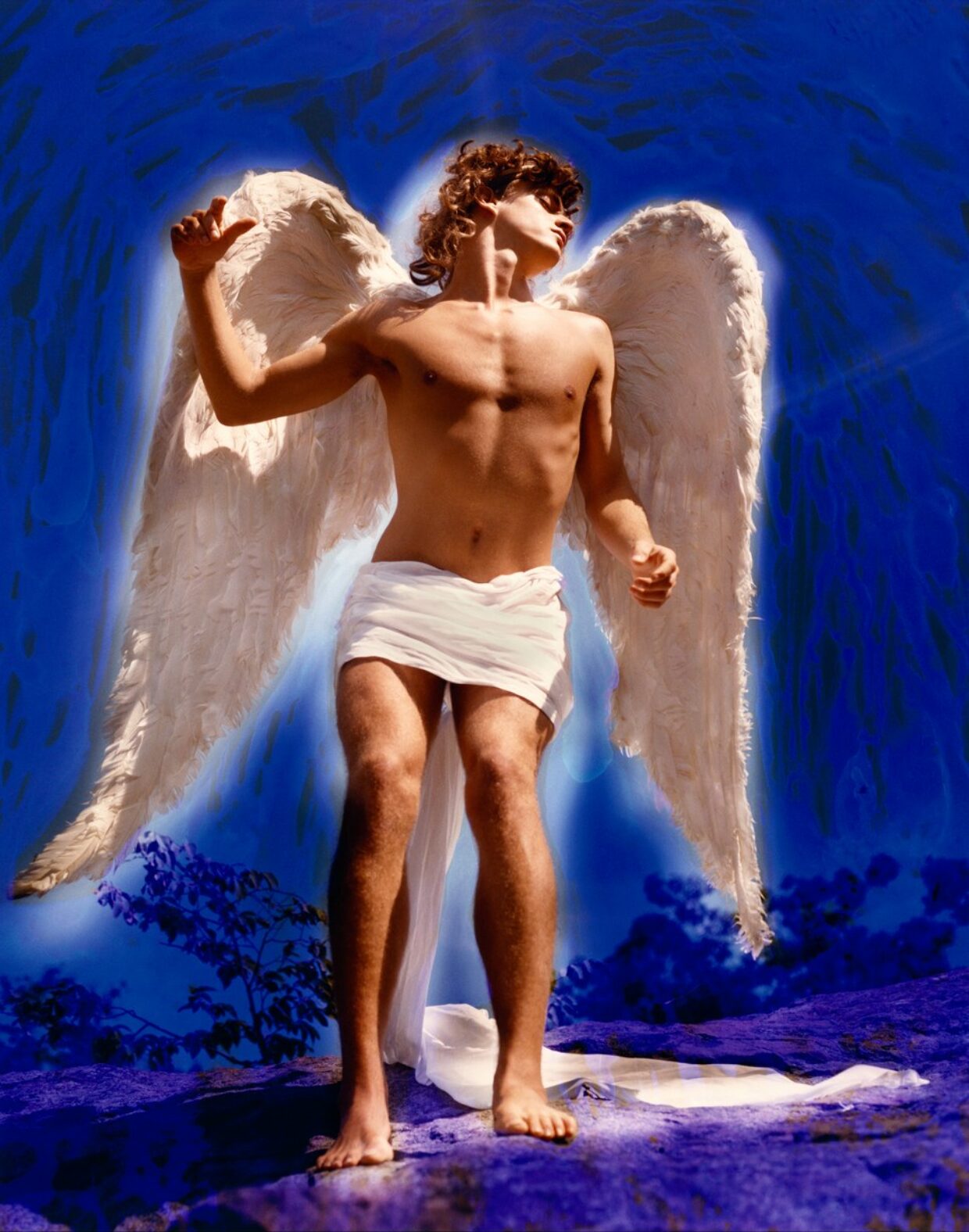 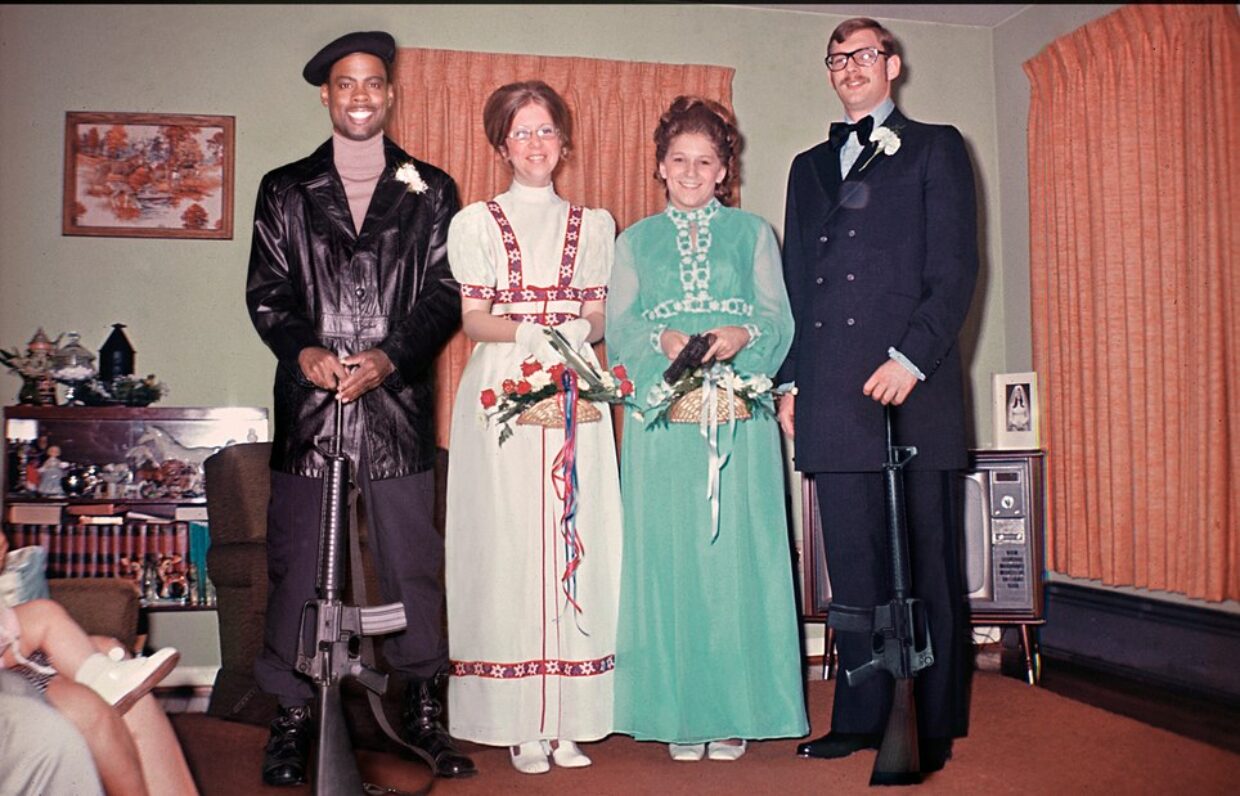 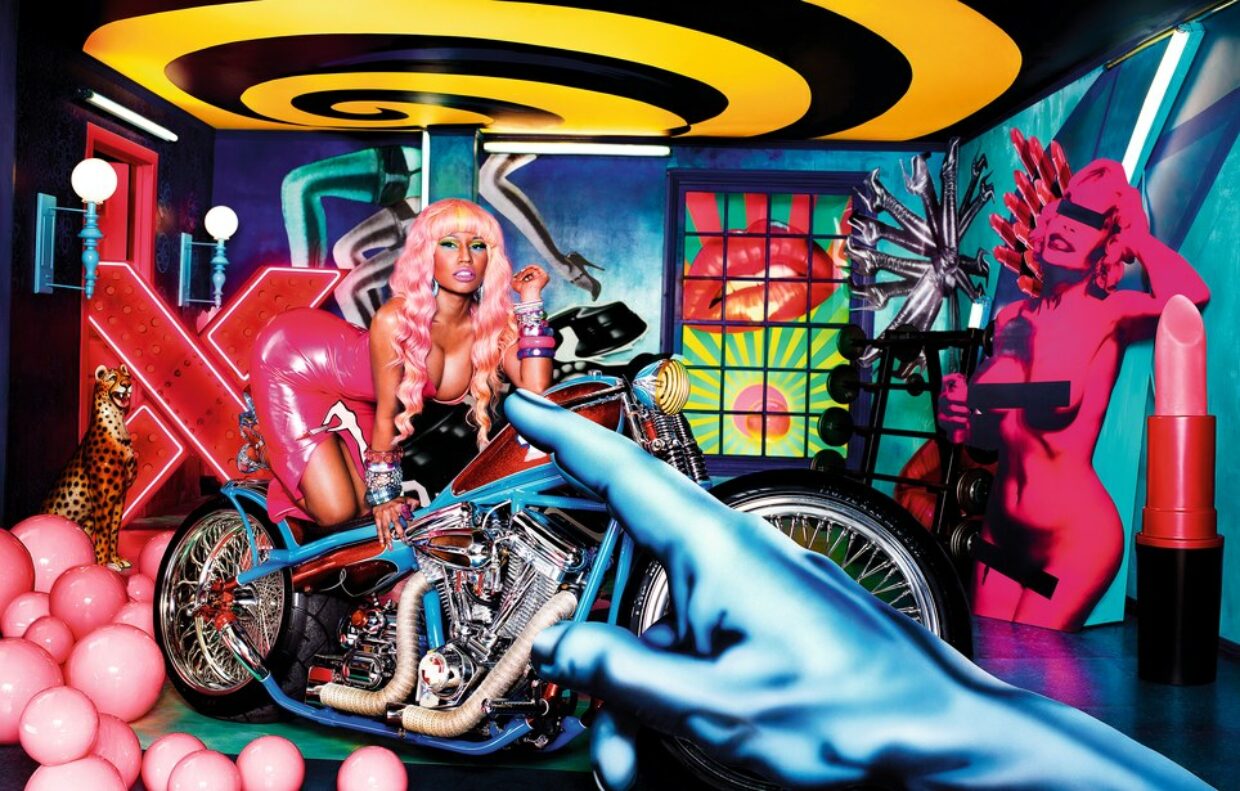 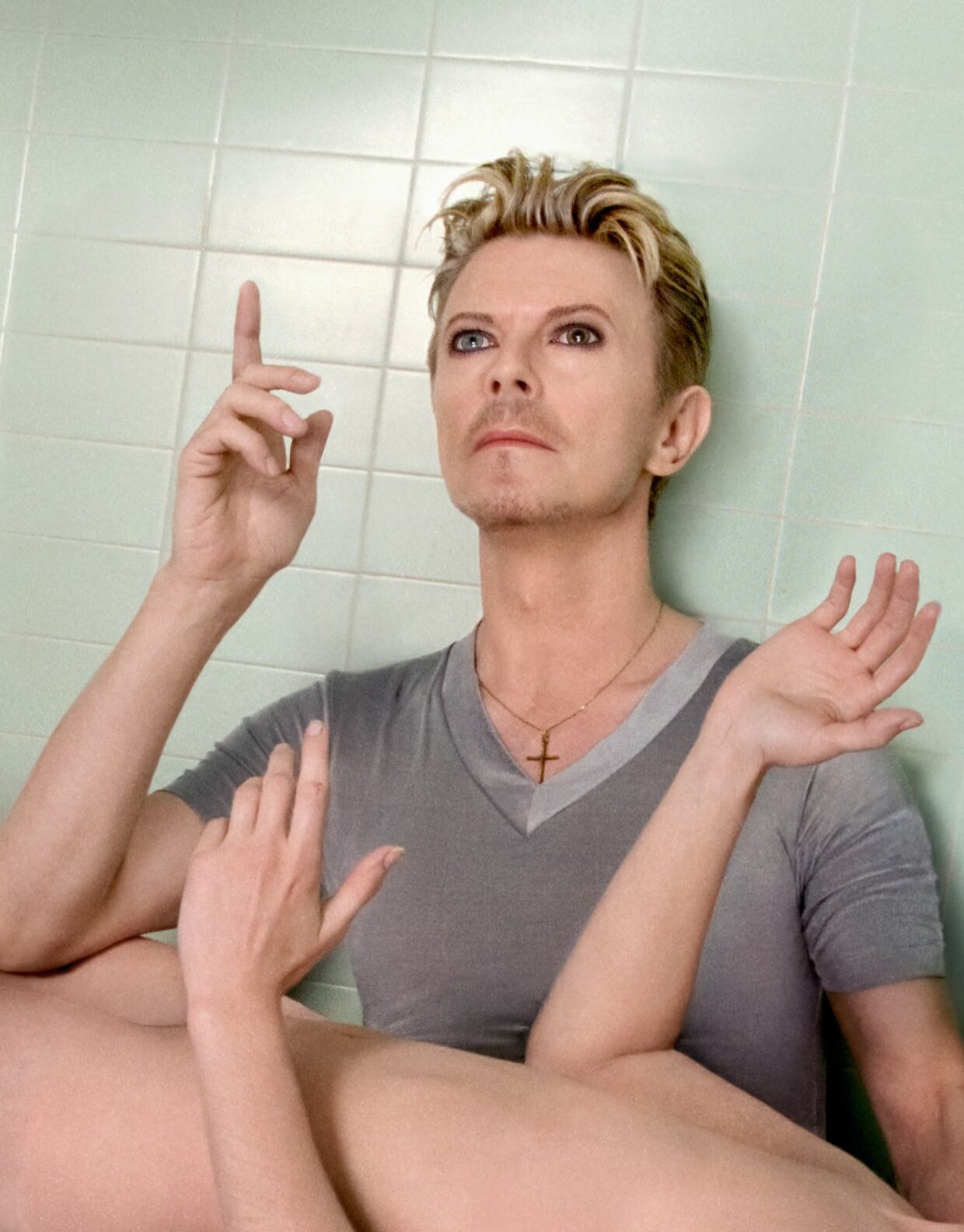 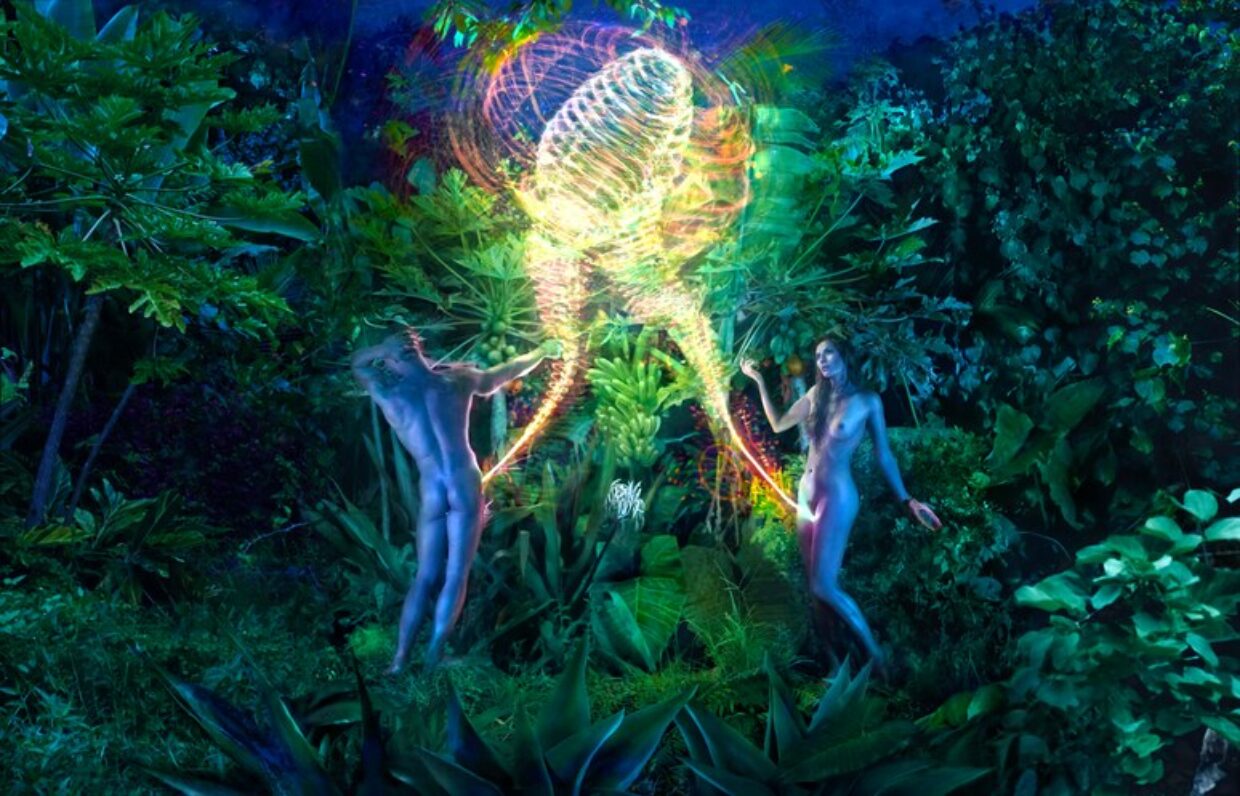 What Can David LaChapelle’s Celebrity-Fuelled Fantasias Tell Us Now?

David LaChapelle made his name by shooting celebrities colliding with consumer detritus: baubles, flowers, and fame recombining in delirious explosions of color. In the nineties and early aughts, his slick aesthetic, which lifts lavishly from Christian pageantry and Renaissance painters, was inescapable, splashed across fashion editorials, advertisements, and music videos. By 2007, having been derided in some quarters as a vapid commercialist, he’d left the business and absconded to Maui, where he lived off the grid at a shuttered nudist colony. In a recent interview with the Guardian, he said that he’d needed to escape the “propaganda” embedded in his work. “I never wanted to shoot another pop star as long as I lived,” he said. “I was tortured by them.”

Two hefty new books of LaChapelle’s photographs, “Lost + Found Part I” and “Good News Part II,” are marked by that torment; he’s said that these will be his final publications. Compiling old and new work, some of it previously unpublished, the books are teeming with very popular people (Nicki Minaj, Miley Cyrus, Whitney Houston) doing very unpopular things (standing nude in front of tanks, getting nosebleeds). No one could accuse LaChapelle of subtlety. But, looking through the volumes, I was surprised to discover that his pictures have aged well, perhaps because what seemed like surreal hyperbole five or ten years ago seems bluntly, embarrassingly honest today. By embracing the fulsome style that shaped his career, the collection makes a vibrant, sometimes perturbed case that LaChapelle’s sensibility is even more apropos now than it was in his heyday.

“Lost + Found,” the darker of the two volumes, floats a storm cloud over its parade of famous faces. Celebrities, in LaChapelle’s eyes, are at once invincible and terminally ill. He captures them at the height of their exuberance, and yet they often look embalmed, their flesh made of Naugahyde, their faces frozen in distant, narcotic wonder. In “Siren and the Synthetic Sea,” from 2011, a purple-haired Katy Perry poses in a sequinned mermaid’s tail, perched over a tide of plastic garbage in the humid, blue night. Elsewhere, Pamela Anderson, who is a longtime muse of LaChapelle’s (and who introduced him to another subject, her pal Julian Assange), splays out naked on an acupuncturist’s table, perforated with long needles suspended from the ceiling. Two lustrous mannequins guard her, one gazing into a hand mirror. The collection’s litany of glitter and patent leather, neon, and sugar, describes a world that’s sick with itself. Still, there’s vulnerability under the candied shell. The cover of “Lost + Found” shows Miley Cyrus in a solitary-confinement cell, naked and crawling toward the light, the soles of her feet filthy, her arms raised in desperation. It’s twice as contrived as anything on her Instagram account, but it looks twice as real.

There’s an undercurrent of faith and feeling in LaChapelle’s pictures, but where does it lead us, if not in circles? In “Good News,” the second book in the collection, he answers that question by pressing toward the utopian, abandoning his more sordid conceits for something arrantly sacred. True, the palettes are still saturated, the scenarios still absurd, and the people still freakishly beautiful—but, as the title suggests, there’s hope this time around. LaChapelle has set most of these photos in the lush tropics, an easeful fantasia well suited to his religious symbolism. Suddenly, we’re awash in halos, swans, lambs, and body paint. One woman washes another’s feet in a golden basin. Babies are swaddled. Goats—also swaddled.

It follows that someone like LaChapelle, given to extremes, would want to give us his vision of paradise. He’s embraced his spirit of excess down to the finest detail, creating a burlesque pastoral that feels, as it sinks in, disarmingly sincere. “Behold a New World” depicts three saintly figures around a tent of pink silk, their hands clasped in prayer, a waterfall pouring behind them. “Forever” looks on as four ebullient travelers sail in a gondola of blossoms and palm leaves, one of them in an enormous feathered headdress. All of this is garishly New Age, but, as an antidote to the many poisons of “Lost + Found,” it works. LaChapelle has made no secret of his faith, and “Good News,” with one foot in Christendom and the other in pagan myth, aims at purity without lapsing into self-seriousness.

LaChapelle’s critics contend, as they did with his early mentor Andy Warhol, that his fetish for low culture only reinforces its triviality. It can seem, at times, that he’s just rooting around for the brightest things in the landfill. But his photos, as blinding as they are, have a penetrating force: macabre or bucolic, they can’t be dismissed as merely kitsch, at least not now. Our fantasies and derangements have risen to the surface, where LaChapelle was looking for them all along.