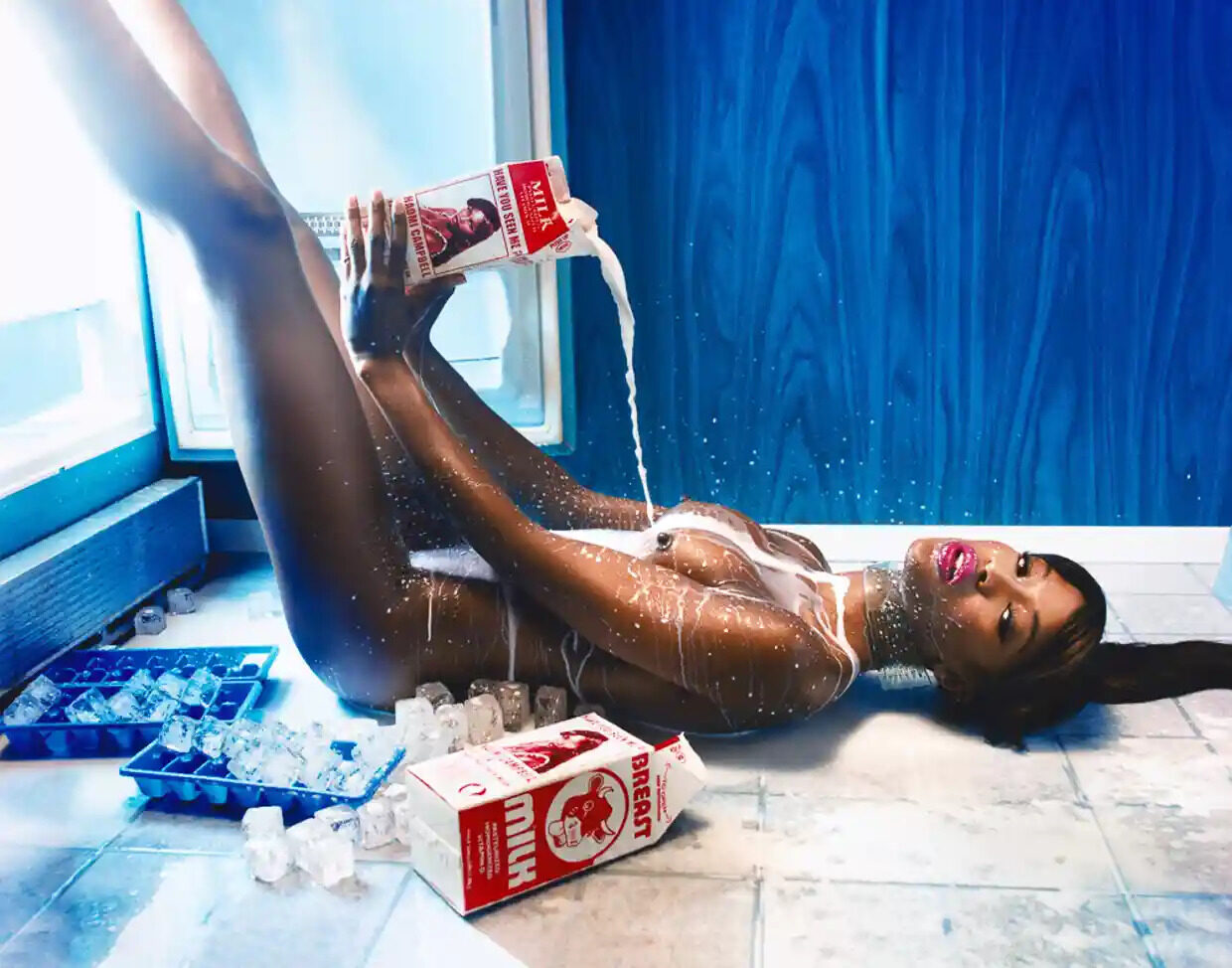 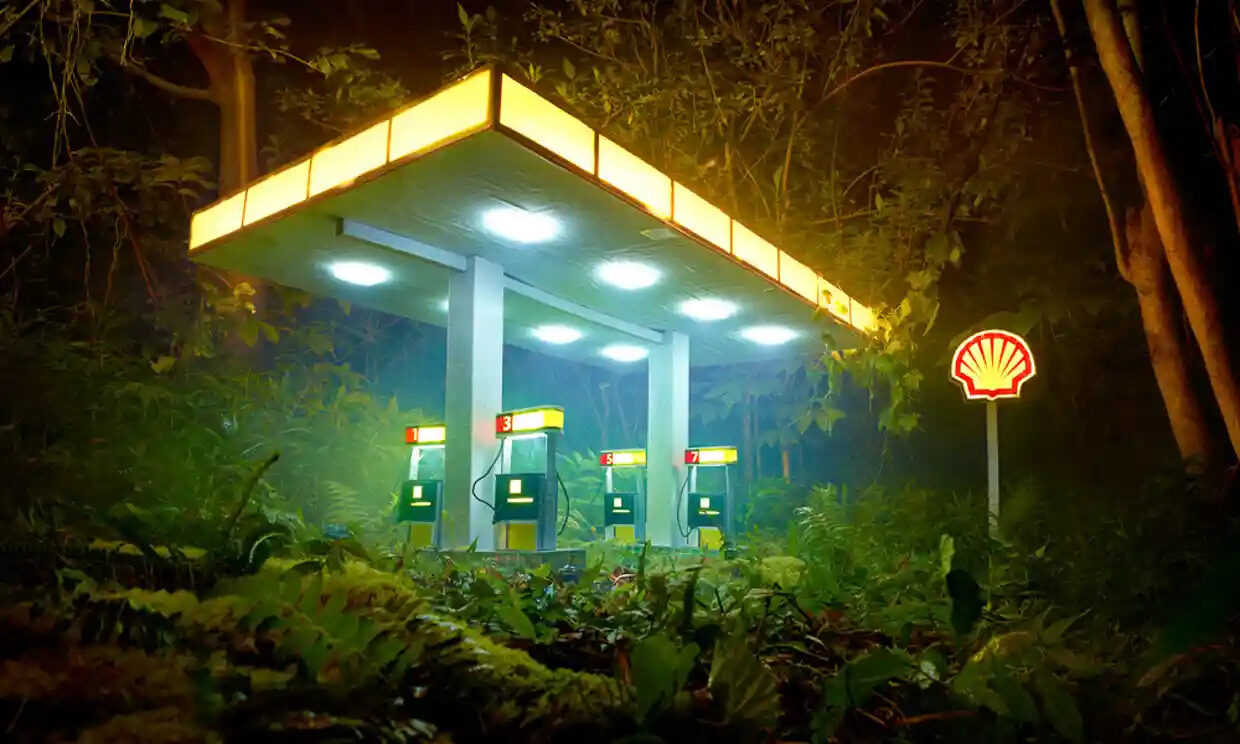 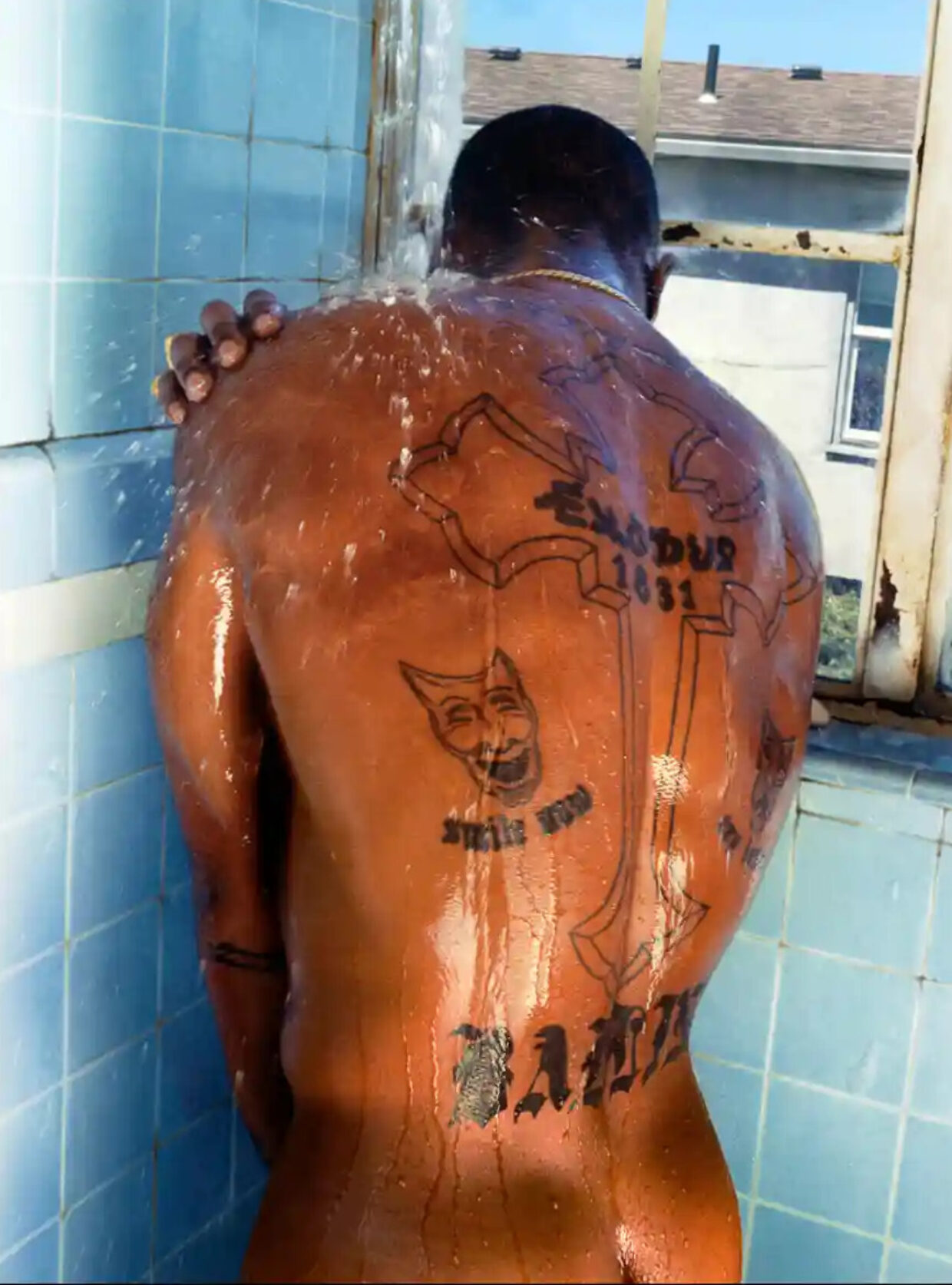 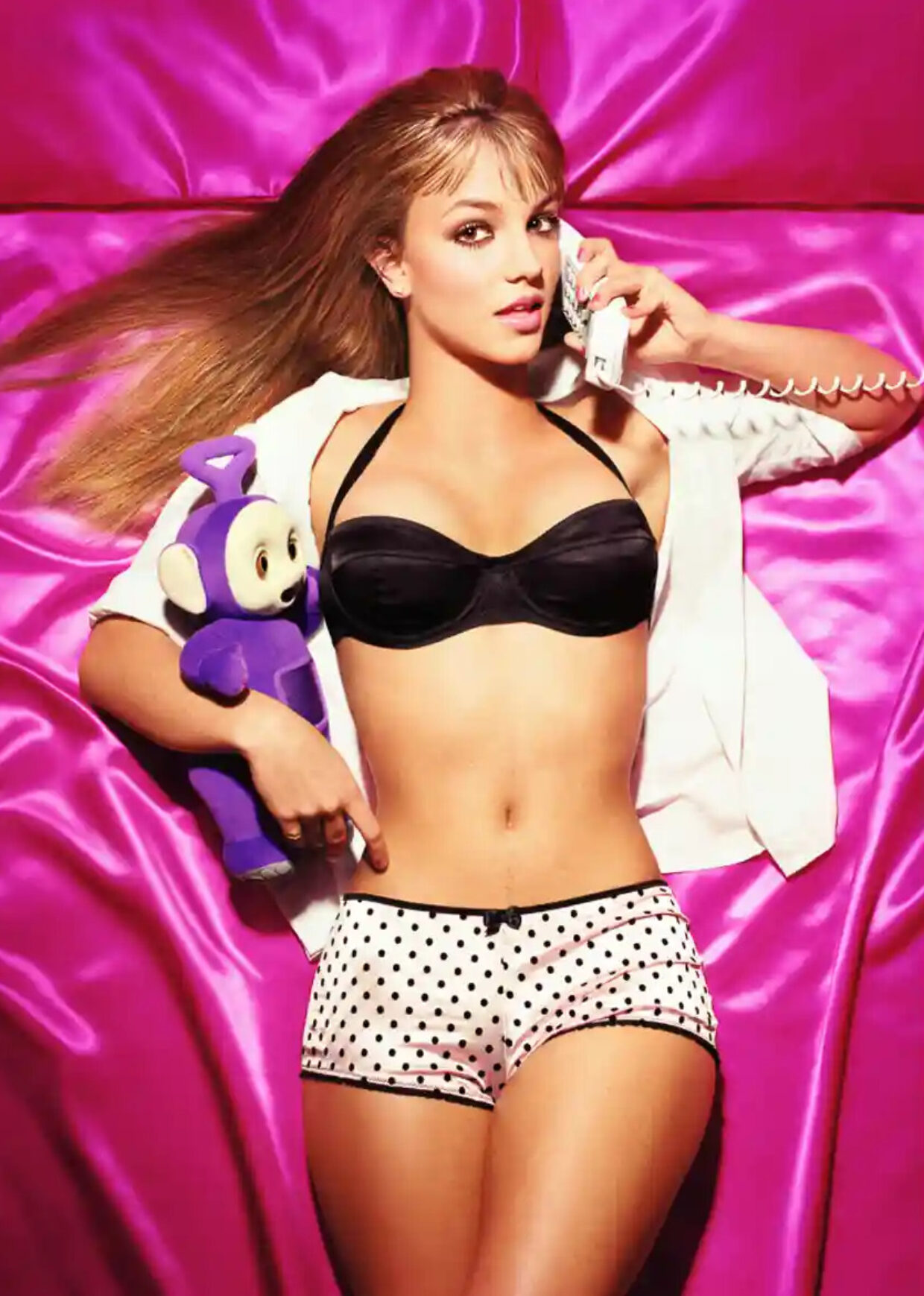 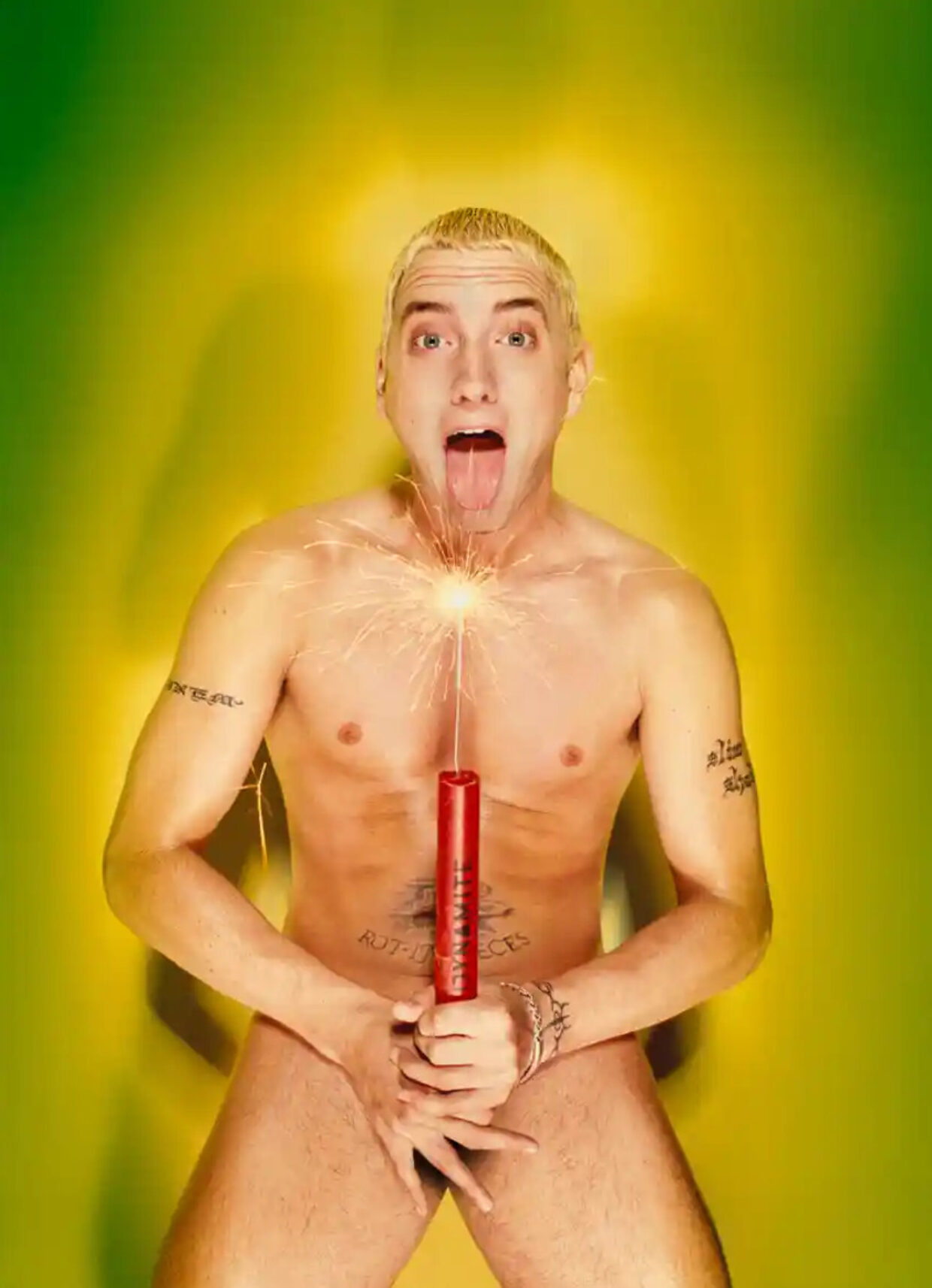 David LaChapelle: ‘I’ve never seen what I do as objectification’

Photographer David LaChapelle – best known for his hyperreal, surrealistic portraits of pop stars – has come full circle. Running away from the bullying he received as a queer teenager in his native Connecticut, LaChapelle found an artistic path forward in 80s New York City, becoming an acolyte of Andy Warhol. Following in the footsteps of his mentor, he went on to build an artistic career obsessed with the mysterious juncture of consumerism and celebrity. In so doing, he’s worked with seemingly everyone, from Tupac Shakur and Madonna to Kim and Kanye, Lizzo, and Travis Scott.

Just as LaChapelle made it to the pulsing heart of our frenzied celebrity culture, racking up a Rolling Stone cover, being feted by Jay-Z on the track All the Way Up, and even shooting Kim Kardashian’s Christmas card, he experienced a kind of spiritual rebirth: he retreated from the limelight to settle in Hawaii, where he started over and created a life far away from the media industrial complex that had defined his career. But now he is making a grand return to the city that started it all, with a monumental solo show at Fotografiska New York’s six-storey home, the first time this venue has been taken over by a single artist.

“I can’t really describe it. It was a dream I didn’t allow myself to dream,” said LaChapelle, referencing how his mentor Warhol died before getting to see his own career-defining retrospective, put on by the Museum of Modern Art. “It feels like I’m exhibiting in my home town … even when I have dreams here now in Maui, I’m always back in New York, always back in my squat apartment.”

Spanning the entirety of LaChapelle’s career, from 1984 to 2022, David LaChapelle: Make Believe consists of over 150 works and runs from 9 September through 8 January. Among its holdings are the last portraits ever taken of Warhol, LaChapelle’s 2006 Rolling Stone cover of Kanye West as Jesus Christ, and the photographer’s documentation of the 1980s Aids crisis, portraying members of his queer community as saints, martyrs and angels. From David Bowie to Doja Cat, Make Believe demonstrates that LaChapelle has consistently helped craft the images of figures who define the glamour and fashion of the pop world. “I’m always interested in people who are making up our world, the celebrated figures of the time that we live in,” said LaChapelle. “They say a lot about the nature of the time that we’re in.”

LaChapelle’s signature style employs explosions of colour, a level of detail that paradoxically feels too precise to be real, whimsical playfulness and most of all a strong sense of intimacy. His 2001 photo of Angelia Jolie, for example, seemingly captures the star completely naked and lost to a powerful orgasm while standing in a radiant field of flowers. His 1996 photos of Tupac catch the rapper in uncharacteristically vulnerable moments, standing in the corner of a shower, his eyes looking up into the camera with knowing peace, his body only dressed in soap bubbles. His 2001 photo of Eminem shows him in a posture of childlike glee – at odds with the renegade, outsider persona that he rode to superstardom – as he plays with a prop made to look like a lit stick of dynamite. “I really enjoy sensuality,” said LaChapelle. “I love the human body. I’ve never seen what I do as objectification.

Perhaps it is because LaChapelle’s subjects always look like they are in on the joke, fully in control even as they give themselves up to the camera, that they come across as so vulnerable and personal in these photographs. LaChapelle shared that establishing a feeling of safety was key to getting his famous subjects to open up for his lens. “I always put myself in that position of, ‘How would I want to be photographed?’ It was always very collaborative, and it was a very wholesome studio. The artists would walk in and they would feel that vibe – it was very light, creative, with great music. They were the star, they were the ones who looked amazing. We made people feel like stars.”

Another striking thing about LaChapelle’s images is how they tend to feel like an entire narrative is stuffed into them, the small details accumulating into a story’s worth of suggestion. His 2019 portrait of Lizzo has the singer holding a flute just beneath her mouth while her eyes look off behind the camera, giving the sense of having just been interrupted, while almost lost in the background is a screen showing a face with a plaintive expression. His photo of Michael Jackson, staged by an impersonator, has the pop legend pressing a foot down on to a vanquished devil, gigantic white wings sprouting from his back, the whole thing taking place on a moody rocky outcrop jutting into a cascading ocean, the feeling of an epic.

Although LaChapelle’s celebrity portraiture takes center stage in this show, the entirety of the exhibit spans themes of religion, the environment, gender identity, body image and celebrity. Make Believe features the cameraman’s surrealistic photos of gas stations in the Hawaiian jungle: the green, yellow and purple lights of the stations glow in a creepy, ghostly way, juxtaposed with encroaching jungle expanses that look as though they are threatening to engulf the human constructs. In one of the photos, rays of light sweep in toward the gas pumps, injecting a sense of spirituality to the standoff between humanity and the natural world. “I traded one kind of jungle for another when I moved out [from New York City] to Hawaii,” said LaChapelle. “I’ve always found peace in the forest, always found direction there. I’ve found God in nature.”

The show also exhibits LaChapelle’s luxurious dreamscapes of bodies stacked and merged together in formations that seem to crib from the height of European Renaissance art. Images like the 2018 shot Staircase to Paradise harken to the very earliest photos LaChapelle ever made, playing on themes of halos and the angelic, offering a sense of striving upwards toward the spiritual. It’s fitting that Make Believe brings this theme full-circle, because even when shooting something as starkly consumerist as an album cover, LaChapelle’s camera is always pushing toward a feeling of godliness. “I’m really trying to touch people with the right pictures in the right combinations and create a journey that they go on.”

David LaChapelle: Make Believe is showing at Fotografiska in New York from 9 September through 8 January 2023