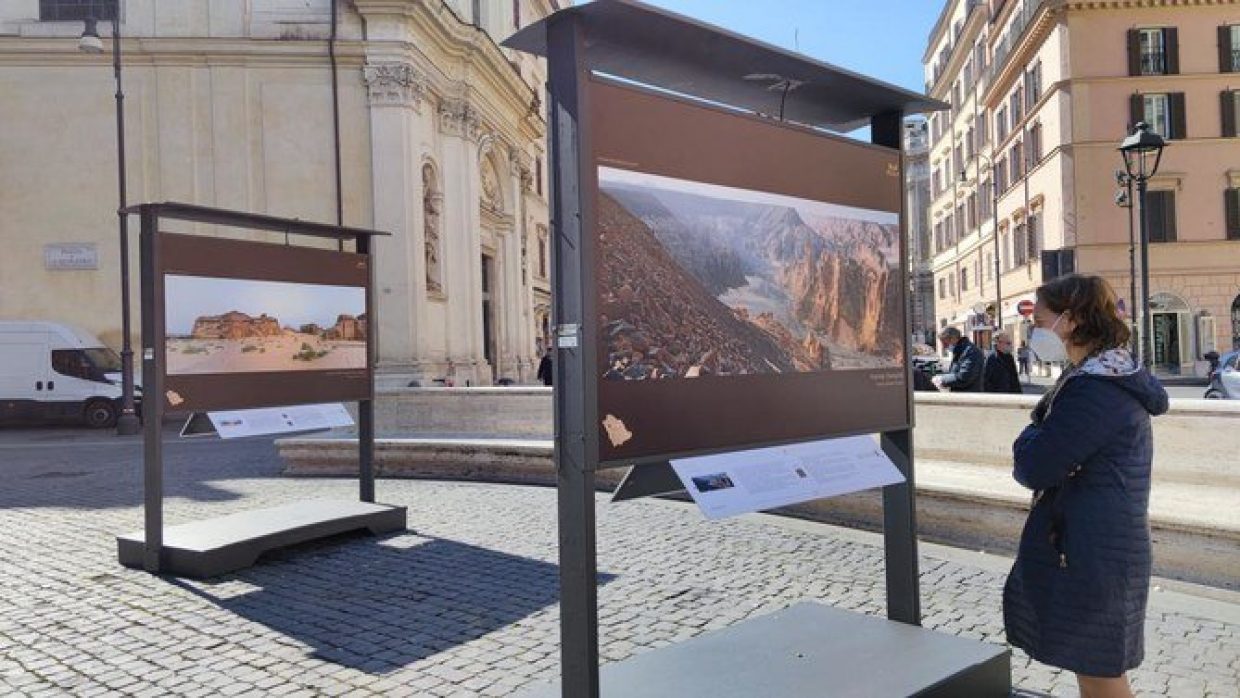 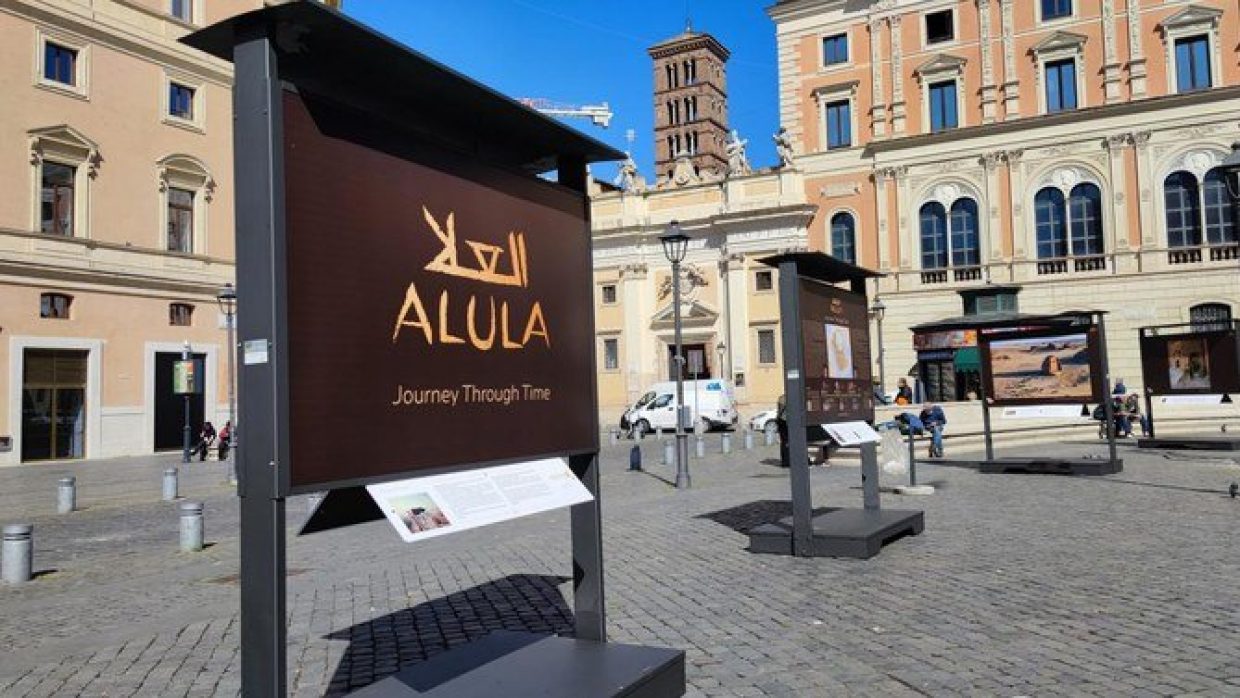 ROME: The historic Saudi city of AlUla is being showcased in a Rome art exhibition by world-famous Canadian-American photographer Robert Polidori.

Hosted in one of Rome’s famous squares, “AlUla: Journey Through Time” features 27 shots of the ancient city, including monuments carved in rock and imposing relics.

The square is nestled just 100 meters from the Trevi Fountain and the Spanish Steps, some of Rome’s most well-known landmarks after the Colosseum and St. Peter’s Basilica.

The artistic shots retrace AlUla’s evolution over 200,000 years. They include shots of prehistoric relics, ancient graffiti found on rocks and evidence of the Lihyan and Nabataean kingdoms.

AlUla is located deep within the vast desert of northwest Arabia, 1,100 kilometers from Riyadh. The city has been termed as a “cultural oasis” and “living museum” after relics spanning several civilizations were discovered there.
The city is home to Saudi Arabia’s first UNESCO World Heritage Site, Hegra, which contains relics dating back to the Nabataean Kingdom, as well as modern landmarks including Maraya, an award-winning, multi-purpose concert and entertainment venue that is the largest mirrored venue in the world.

Each of the photos featured in “AlUla: Journey Through Time” delve into the destination’s ancient mystique, including exceptional landscapes and contoured mountains, where inhabitants left traces of their language, culture and way of life.

Tombs carved into the outcrops of Hegra, nature-carved rock sculptures including Jabal Al-Fil (also known as Elephant Rock), and petroglyphs (rock art) showcasing animals that inhabited AlUla thousands of years ago are all showcased in the photos.

Captions for the images were written by archaeologist Romolo Loreto, a professor at the Orientale University of Naples, who has conducted many excavation missions in the region.

“The spectacular funerary architectures, the imposing urban areas of Dadan and AlUla, as well as the skill with which the ancients were able to devise different forms of control and the supply of water demonstrate how ancient people and their environment knew how to mold each other”, Loreto said Arab News.

He added that visitors “will not only be able to admire a panorama that is the result of a unique cultural feeling in the world, literally sculpted in the rock, but will also be able to immerse themselves in the context of an oasis that has perpetuated throughout the Islamic era.”

QR codes are also printed under each image, providing valuable audio guides to the exhibition, which runs until May 9.
Robert Polidori said that working in AlUla, which he had never visited before, was a “unique experience.”
He added: “The naturalistic context of AlUla is simply wonderful and incomparable, and I was fascinated by it. It is as if it had been sculpted by a divine power.

“I try to make what I call as an ‘emblematic image’ encapsulating the totality of a subject, often showing a detail of it to represent the whole, and vice versa. Even if every photograph comes from a precise moment fixed in time, I try to untie it from it by giving it infinite aspects. For me, these environments full of history are containers of memory.”

The photographer has twice won the Alfred Eisenstaedt Award for Magazine Photography and has published more than 12 books. He began his career in the mid-1980s when he documented renovations in the Palace of Versailles. Since then, he has photographed famous sites all over the world.

Saudi Ambassador to Italy Prince Faisal bin Sattam bin Abdulaziz Al-Saud said he was happy to support the exhibition, calling it “an enchanting look at the great cultural wealth of AlUla that will offer Italian friends the opportunity to learn about cultural heritage of the Kingdom, and to grasp a vivid image of a land that bears witness to cultural ties between the peoples of the Arabian and Italian peninsulas.”

Phillip Jones, chief destination management and marketing officer of the Royal Commission for AlUla, said: “Robert Polidori’s shots are an excellent way to get a first glimpse of the vast desert landscapes, and the geological and archaeological wonders of this region of Saudi Arabia.”