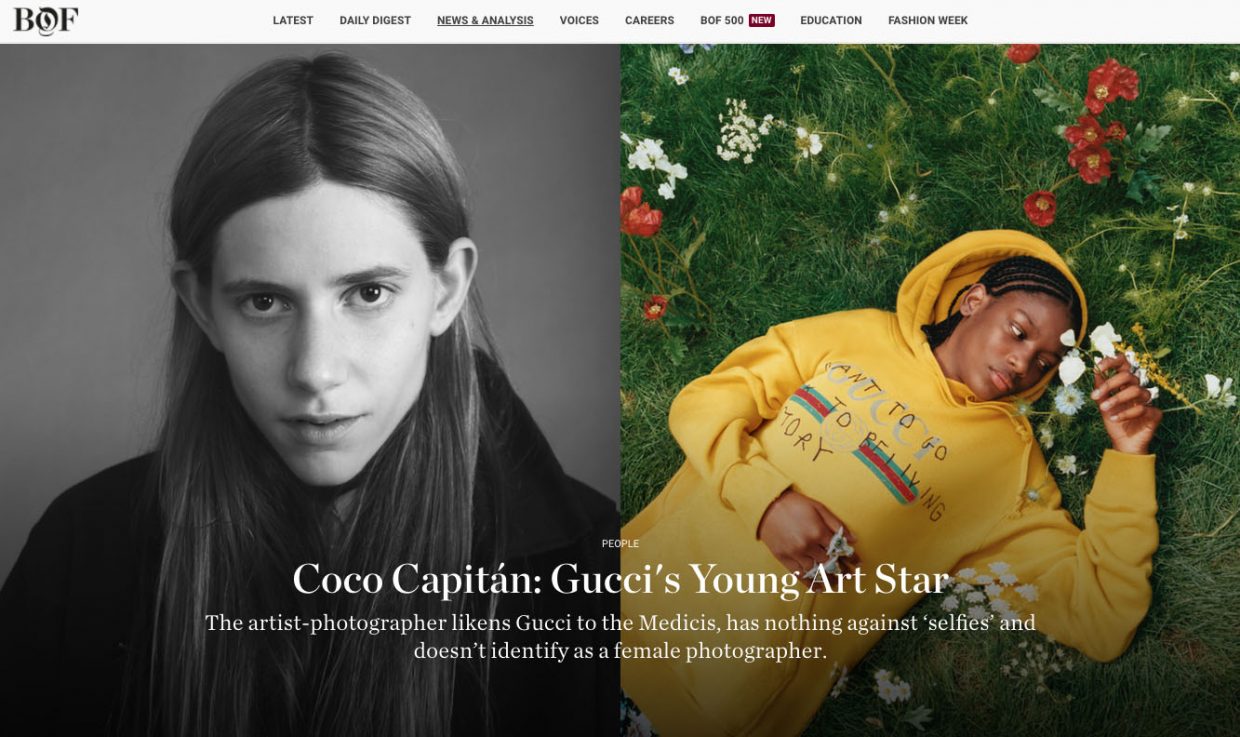 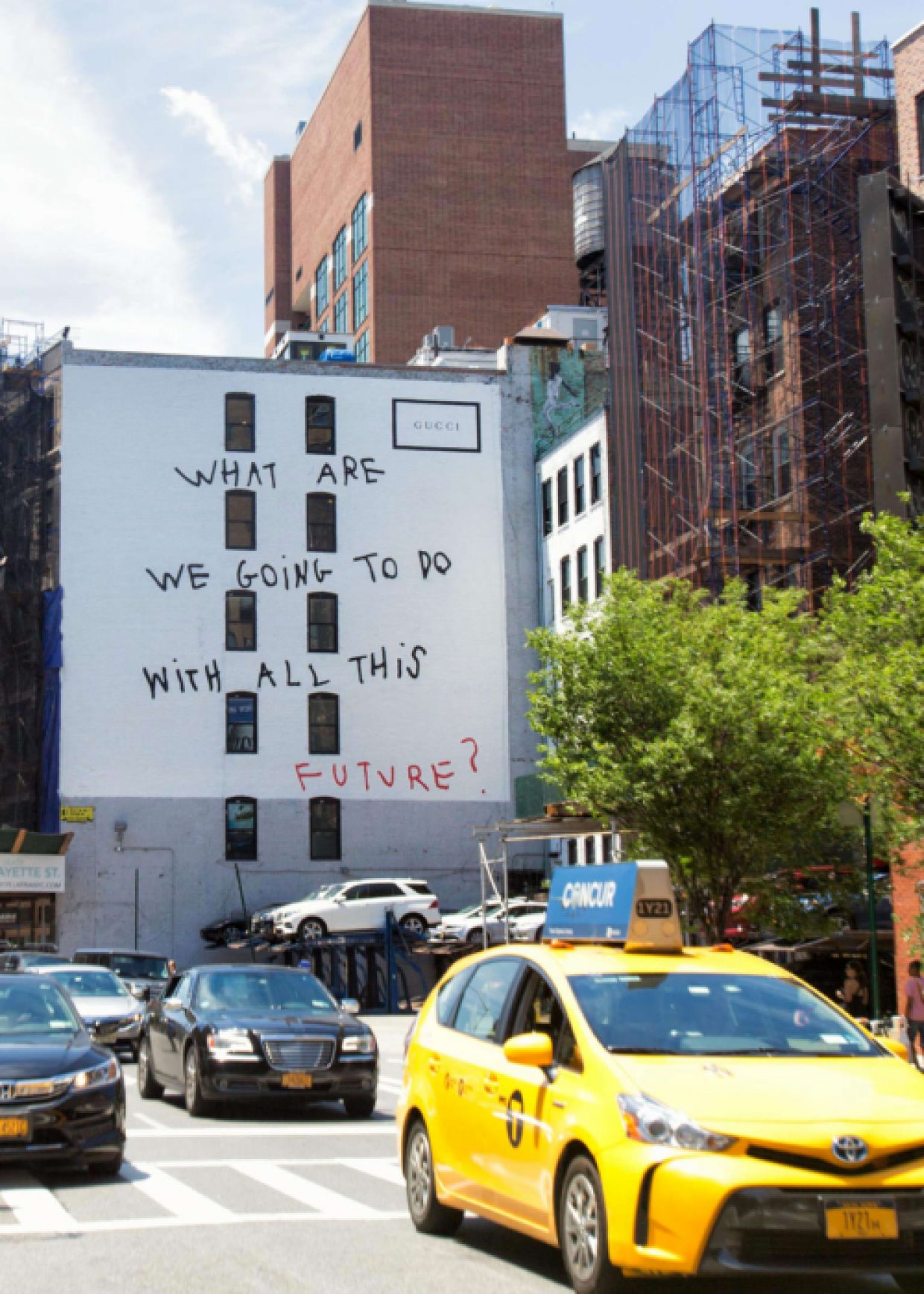 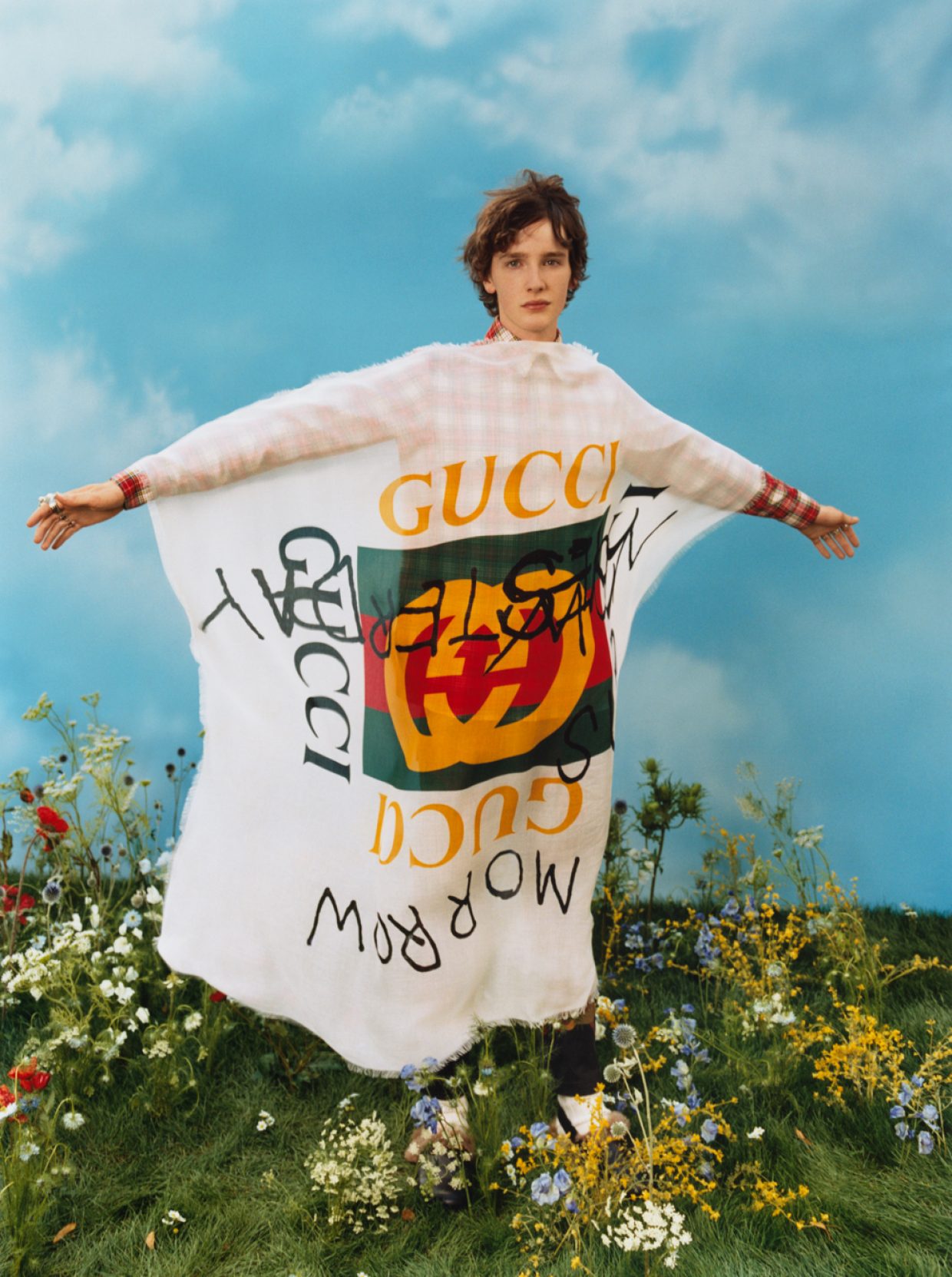 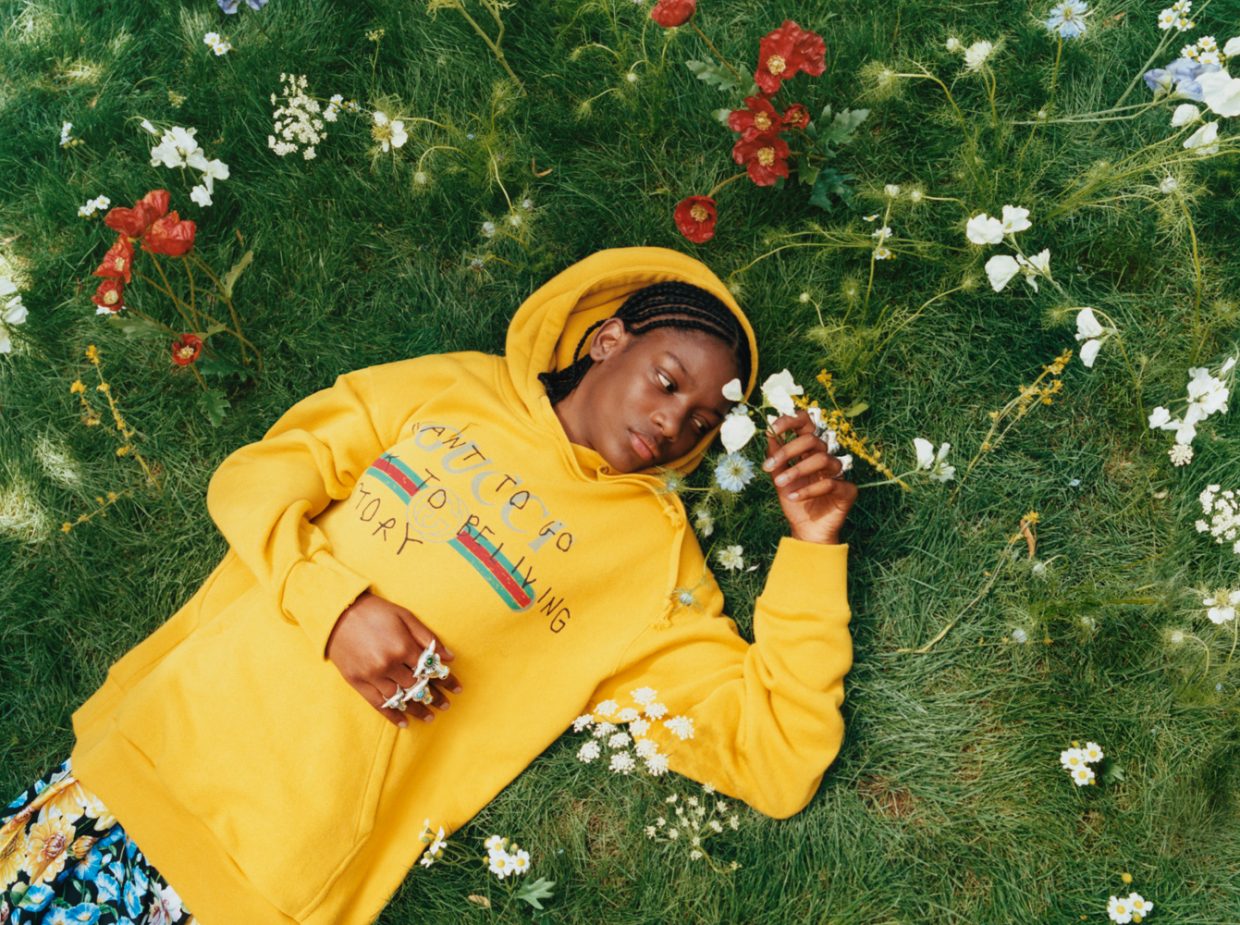 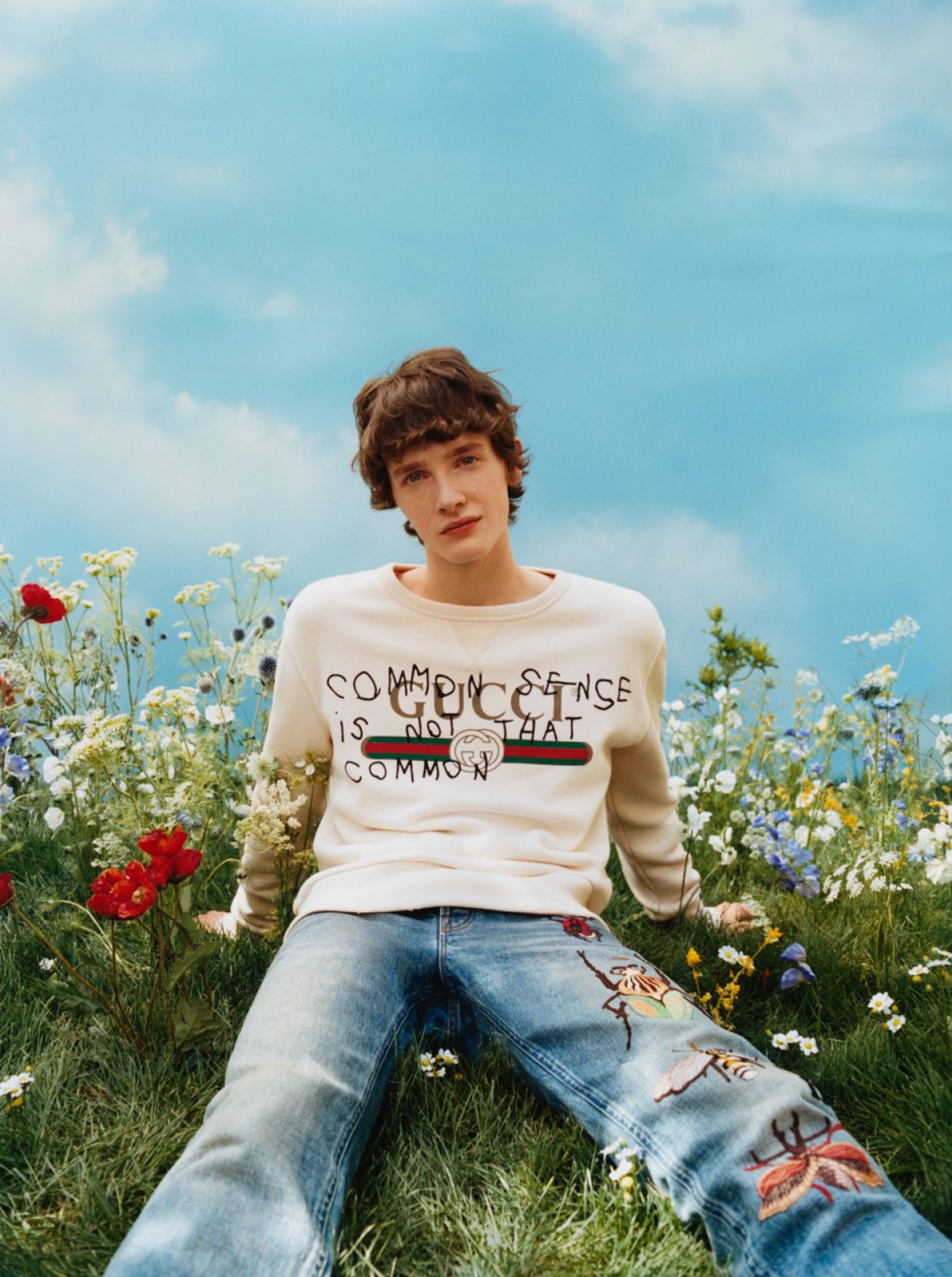 The artist-photographer likens Gucci to the Medicis, has nothing against ‘selfies’ and doesn’t identify as a female photographer.

LONDON, United Kingdom — Overnight, 24-year-old Coco Capitán’s aphorisms and poems, scrawled in her trademark uppercase handwriting, went from inhabiting small squares on the Spanish artist-photographer’s Instagram, to gracing giant walls on New York’s Lafayette Street and in the Corso Garibaldi district of Milan. If it wasn’t for the Gucci logos, passers-by might have mistaken the metamodernist statements — “What are we going to do with all this future?” and “Common sense is not so common” — for illicit graffiti. They were actually the latest incarnation of “Art Wall”, a Gucci marketing initiative which turns public, billboard-sized walls into canvases for artists who are often the social media discoveries of the Italian megabrand’s creative director Alessandro Michele.

The project was part of a wider collaboration with Michele, for whom Capitán has photographed lookbooks and lent her artwork to T-shirts and fashion show invitations. Capitán has also shot editorials for British Vogue, Dazed & Confused, Self Service and Document Journal, as well as advertising campaigns for A.P.C. and Mulberry. Then there are her personal projects and publishing endeavours. But Gucci remains her biggest gig.

“I always compare it with when artists worked for the Medici family,” says Capitán. “I have many people telling me, ‘You need to decide if you are an artist or a fashion photographer because it’s going to be conflictive in the way you brand yourself.’ But art comes at a cost that you cannot ignore and just producing something costs money.” Besides, she feels the fashion system and the art world are more similar than some care to admit. “[They] really borrow things from each other.”

Capitán’s creamy style of fashion photography is distinguishable for its soft, warm colour palette (a result of predominantly shooting on film), as well as its domestic settings, unusual posturing of the body and blend of still life and models au naturel, all of which are aesthetic values that chime with Michele’s sentimentality-infused, nostalgic mash-up for Gucci. When considered in tandem with her writing, her output takes on a more culturally pertinent tone, defined by its oscillation between irony and sincerity, naïveté and knowingness, relativism and truth, optimism and doubt. Rather than taking a lead from the internet, Capitán fuses personal experiences with a spontaneous sense of composition, and credits her main source of inspiration as reading. When she arrives for this interview, she is carrying Dan Fox’s “Pretentiousness: Why It Matters”.

The artist-photographer (although she prefers not to define herself by the latter half of that title) grew up between Seville and Cádiz in southern Spain, before moving to Mallorca at 16. Longing to meet more young people, she moved to London a year later and eventually enrolled in the fashion photography undergraduate course at the London College of Fashion. “I grew up really far from capitalism and consumption — we didn’t even have a TV at home — and somehow that really helped me,” she says. “When I moved to London, I immediately became part of society.” During her studies, Capitán began contributing to independent magazines and worked hard to get photography gigs to support herself. Soon, she had built a portfolio and was accepted to the photography master’s course at the prestigious Royal College of Art, from which she only graduated last year.

This year, 1.2 trillion digital photos will be taken worldwide and approximately 85 percent of those will be taken on smartphones. It makes it an interesting time to be a photographer and Capitán is part of a generation of image-makers who have returned to shooting on film in search of an aesthetic that stands apart. “If I do digital photography, it’s more limiting for myself,” she says. But Capitán is dismissive of the idea that craft gives intrinsic value to art. “If you look at many of the big artists, they design an idea, and they have a huge team go produce it for them. I don’t think you really need to put your hands on it to make it your art piece.”

Why do I have to introduce myself as a female photographer?

At the same time, “selfies” have also evolved the act of self-portraiture and become a widespread cultural phenomenon. “I’m not necessarily against selfie culture; I just think that self-portraiture in that context has evolved into something completely different,” says Capitán, who has taken plenty of her own self-portraits. “People who did self-portraiture only five years ago, before social media really became something, did it more with creative intent, and they were more conscious about what they were doing.” Today, she theorises, photography has become a “social tool” that people use in lieu of written or spoken communication. “Instead of writing to their friends, or saying personally what they were doing on holidays, they will immediately take a picture of themselves and put it online to tell others what they are doing on holidays. I think it brings good and bad things with it.”

Much has been made of Capitán’s place within a group of young female photographers shooting intimate images of female subjects, which some say reflects the rise of a so-called “female gaze”. Her contemporaries include Harley Weir, Petra Collins, Charlotte Wales, Gia Coppola and Amanda Charchian, who have been collectively packaged as an antidote to a generation of male photographers such as Mario Testino and Patrick Demarchelier. “I think both male and female can take amazing pictures and be talking about the same things,” says Capitán. “For me that is what’s really positive: that we can both be on the same stage.”

Her own photographic heroes include Mark Cohen, William Eggleston and Robert Frank — the “snapshot generation” — as well as Rineke Dijkstra. “Why do I have to introduce myself as a female photographer? What I’m trying to say is that, for me, if we try to go further away from these kinds of subdivisions, the change will actually be real. I think that when we are talking about the female gaze, we are still reacting to the past, when it was pretty much exclusively the male gaze. I try to think of a future in which the gaze is genderless.”