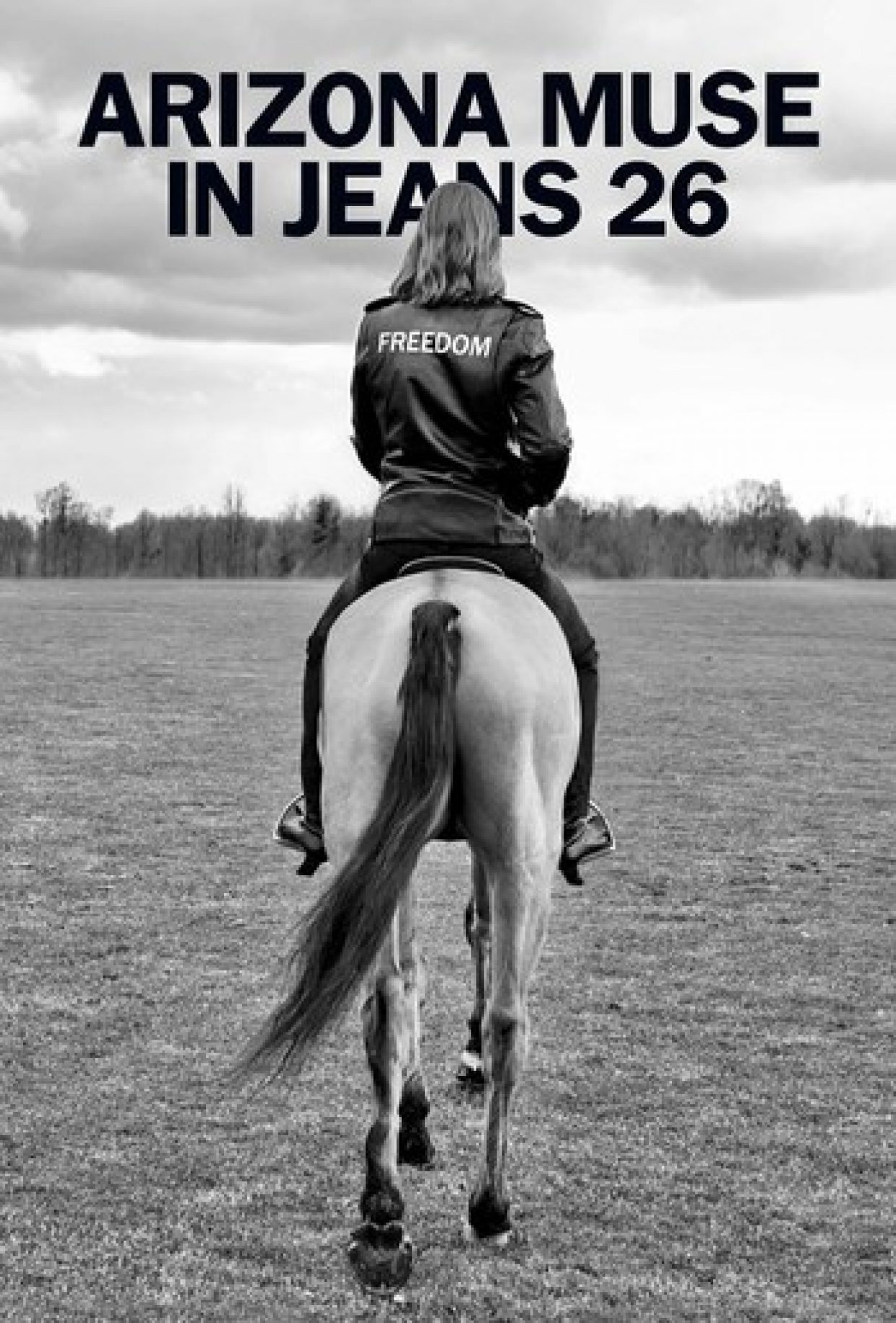 BLK DNM’s Johan Lindeberg has now turned out a freedom-focused Wild poster. Starring Arizona Muse on horseback, the guerrilla campaign is the ninth in BLK DNM’s Wild series, with previous posters featuring the likes of Gisele, Karen Elson, and Kenza Fourati. “BLK DNM is inspired by people who step out on the street and say what they really think is right. It’s about having the freedom to express your true intuition, whether it’s through painting, protest, poetry, or photography,” Lindeberg told Style.com. “Freedom is one of the most essential values in life. My daughter Blue says she still remembers starting to scream out ‘freedom’ for the first time when she was 4 years old.”

The designer, who lensed the campaign himself just outside Paris, explained that he got the idea to snap Muse on horseback after learning that she grew up riding in Santa Fe. “I love horses—they’re very calming. But the first horse we used got a little crazy and nearly took off with Arizona. Fortunately, she knew how to get control before he reached the woods.” Sounds like that steed knew a little something about freedom, too.