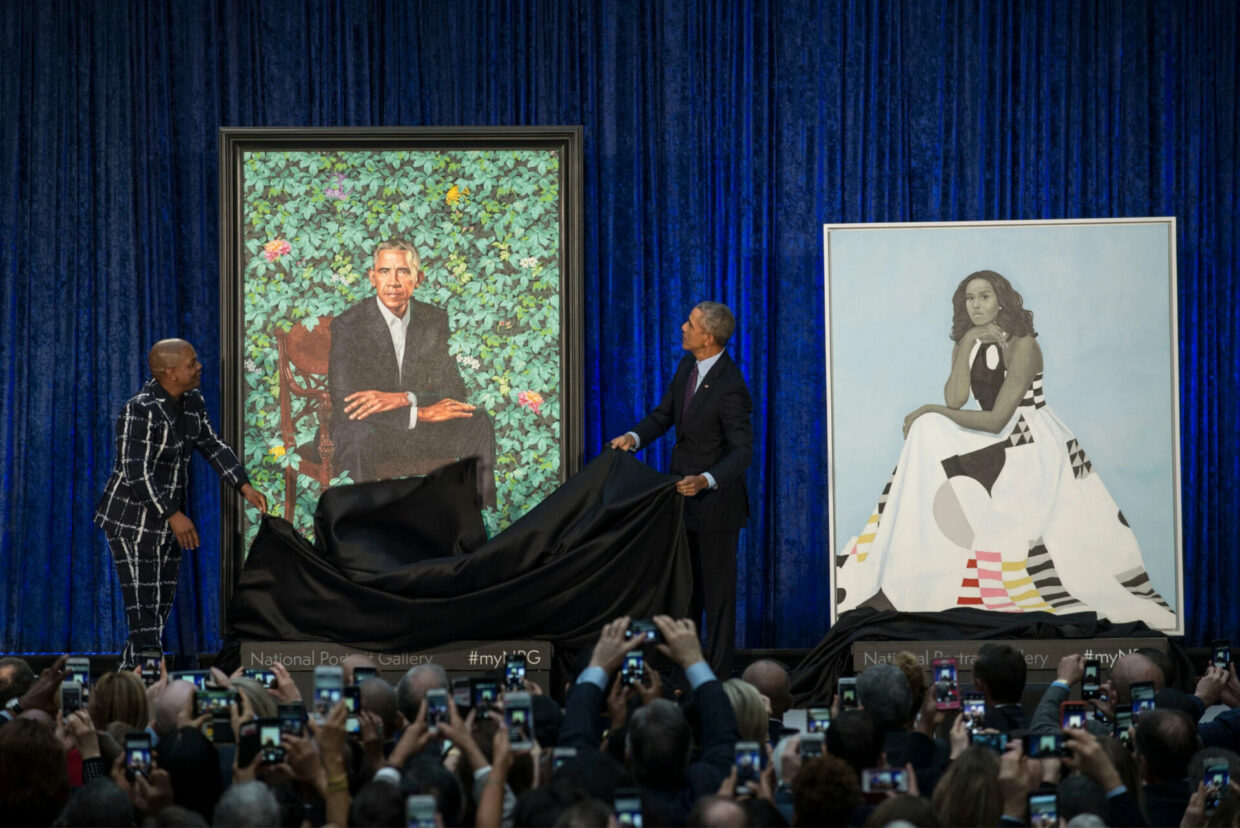 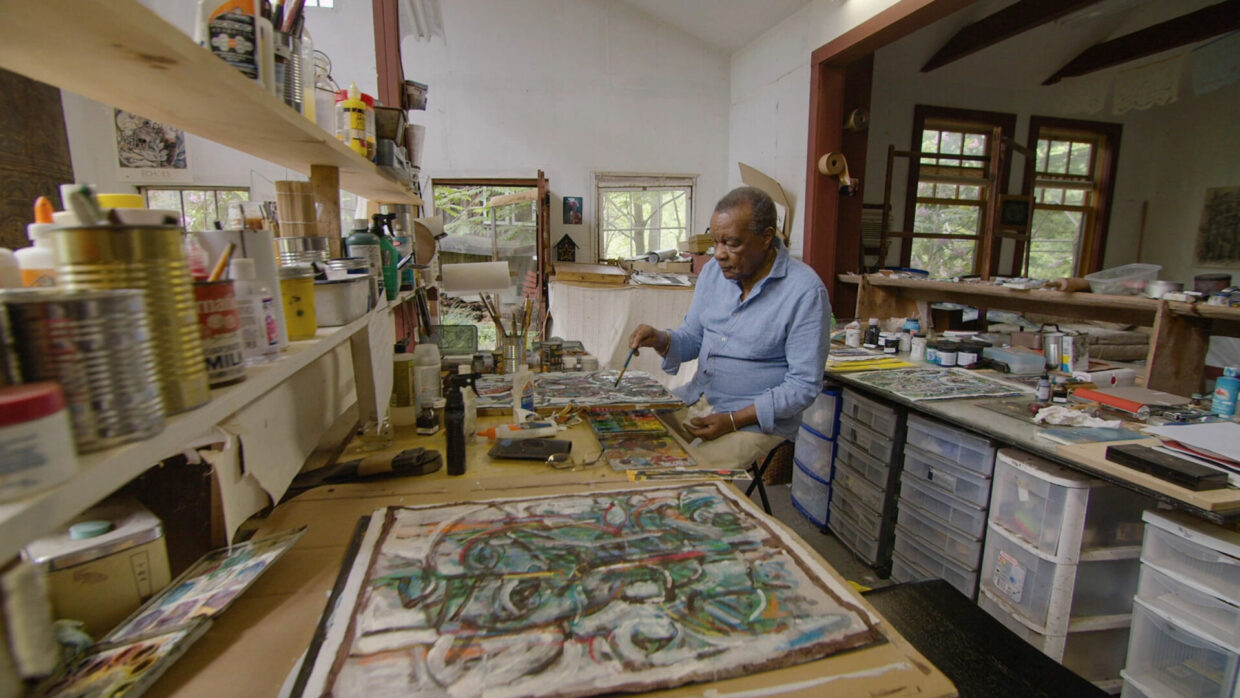 ‘Black Art: In the Absence of Light’ Reveals a History of Neglect and Triumph

“This is Black art. And it matters. And it’s been going on for two hundred years. Deal with it.”

So declares the art historian Maurice Berger toward the beginning of “Black Art: In the Absence of Light,” a rich and absorbing documentary directed by Sam Pollard (“MLK/FBI”) and debuting on HBO Tuesday night.

The feature-length film, assembled from interviews with contemporary artists, curators and scholars, was inspired by a single 1976 exhibition, “Two Centuries of Black American Art,” the first large-scale survey of African-American artists. Organized by the artist David C. Driskell, who was then-head of the art department at Fisk University, it included some 200 works dating from the mid-18th to the mid-20th century, and advanced a history that few Americans, including art professionals, even knew existed.

The press gave that survey a mixed reception. Some writers griped that it was more about sociology than art (Driskell himself didn’t entirely disagree). But the show was a popular hit. At the Los Angeles County Museum of Art, where it originated, and then at major museums in Dallas, Atlanta and Brooklyn, people lined up to see it.

What they were seeing was that Black artists had always done distinctive work in parallel to, and some within, a white-dominated mainstream that ignored them. And they were seeing that Black artists had consistently made, and are continuing to make, some of the most conceptually exciting and urgent-minded American art, period — a reality only quite recently acknowledged by the art world at large, as reflected in exhibitions, sales and critical attention.

The HBO documentary introduces us to this history of long neglect and recent correction through the eloquent voices of three people who lived both sides of it: Driskell, a revered painter and teacher; Mary Schmidt Campbell, the president of Spelman College in Atlanta, Ga., and former director of the Studio Museum in Harlem; and Berger, an esteemed art historian and curator. (The film is dedicated to the two men, both of whom died from complications related to Covid-19 in 2020, Driskell at 88, Berger at 63.)

They’re surrounded by artists, most of them painters, of various generations. Some had careers that were well underway by 1976 (Betye Saar, for example, and Richard Mayhew, who was in the survey). Others were, at that point, just starting out in the field. (Kerry James Marshall remembers being blown away by a visit to the show when he was 21). Still others — Kehinde Wiley (born 1977) and Jordan Casteel (born 1989) — weren’t born when the survey opened but still count themselves among its beneficiaries.

The question arises early in the film — in a 1970s “Today Show” interview with Driskell by Tom Brokaw — as to whether the very use of the label “Black American art” isn’t itself a form of imposed isolation. Yes, Driskell says, but in this case a strategic one. “Isolation isn’t, and never was, the Black artist’s goal. He has tried to be part and parcel of the mainstream, only to be shut out. Had this exhibition not been organized many of the artists in it would never have been seen.”

The film refers, in shorthand form, to past examples of shutting-out. There’s a reference to the Metropolitan Museum’s 1969 “Harlem on My Mind: Cultural Capital of Black America, 1900-1968,” an exhibition that was advertised as introducing Black creativity to the Met but that contained little in the way of art. And mention is made of artists’ protests of the Whitney Museum’s 1971 survey “Contemporary Black Artists in America,” which was left entirely in the hands of a white curator.

A book of essays titled “Black Art Notes,” printed that year in response to the Whitney show, accused white museums of “artwashing” through the token inclusion of African-American work, a charge that has continuing pertinence. (The collection was recently reissued, in a facsimile edition, by Primary Information, a nonprofit press in Brooklyn.) Even before the Met and Whitney shows, Black artists saw the clear necessity of taking control of how and where their art was seen into their own hands. Ethnically specific museums began to spring up — outstandingly, in 1968, the Studio Museum in Harlem.

We’re talking about a dense, complex history. No one film can hope to get all of it, and this one leaves a lot out. (Mention of the Black Power movement is all but absent here.) Still, there’s a lot, encapsulated in short, deft commentary by scholars and curators, among them Campbell, Sarah Lewis of Harvard University, Richard J. Powell of Duke University, and Thelma Golden, the current director and chief curator of the Studio Museum. (Golden is a consulting producer of the film. Henry Louis Gates, Jr. is its executive producer.)

Rightfully, and delightfully, the majority of voices are those of active artists. Faith Ringgold, now 90, wasn’t in the 1976 show, or in big museums much at all, because, she asserts, her work was too political and because she’s female. (Of the 63 artists in “Two Centuries of Black American Art,” 54 were male.) Her solution? “I just stay out till I get in,” she says. (And persisting has paid off: Her monumental 1967 painting “American People Series #20: Die” has pride of place in the Museum of Modern Art’s current permanent collection rehang.)

Particularly interesting are segments showing artists at work and talking about what they’re doing as they’re doing it. We visit Marshall in his studio as he explains the many, many paint colors he uses that are “black.” We follow Fred Wilson into museum storage as he excavated objects that will become part of one of his history-baring installations. We watch Radcliffe Bailey transform hundreds of discarded piano keys into a Middle Passage ocean. And we tag along with the portraitist Jordan Casteel, who recently wrapped up a well-received show at the New Museum, as she seeks out sitters on Harlem streets.

There’s no question that the visibility of African-American artists in the mainstream is way higher now than it’s ever been. (Thank you, Black Lives Matter.) A big uptick in shows is one measure. Landmark events like the 2018 unveiling of the Obama portraits by Wiley and Amy Sherald is another.

In an interview in the film Sherald brings up this sudden surge of attention. “A lot of galleries are now picking up Black artists,” she says. “There’s this gold rush.” But where some observers would see the interest as just a next-hot-thing marketing trend driven by a branding of “Blackness,” she doesn’t. “I say it’s because we’re making some of the best work, and most relevant work.”

The artist Theaster Gates, who appears toward the end of the film, sees the advantage, even the necessity, of that positioning.

“Black art means that sometimes I’m making when no one’s looking,” he says. “For the most part that has been the truth of our lives. Until we own the light, I’m not happy. Until we’re in our own houses of exhibitions, of discovery, of research, until we’ve figured out a way to be masters of the world, I’d rather work in darkness. I don’t want to work only when the light comes on. My fear is that we’re being trained and conditioned to only make if there’s a light, and that makes us codependent upon a thing we don’t control. Are you willing,” he asks his fellow artists, “to make in the absence of light?”

Driskell, to whom this film really belongs and with whose presence it concludes, also leaves the question of the future of Black art open-ended. Around it, he’s says, “there’s been an awakening, an enlightenment through education, a desire to want to know. On the other hand, in the words of Martin Luther King Jr. : We haven’t reached the promised land. We’ve got a long way to go.”