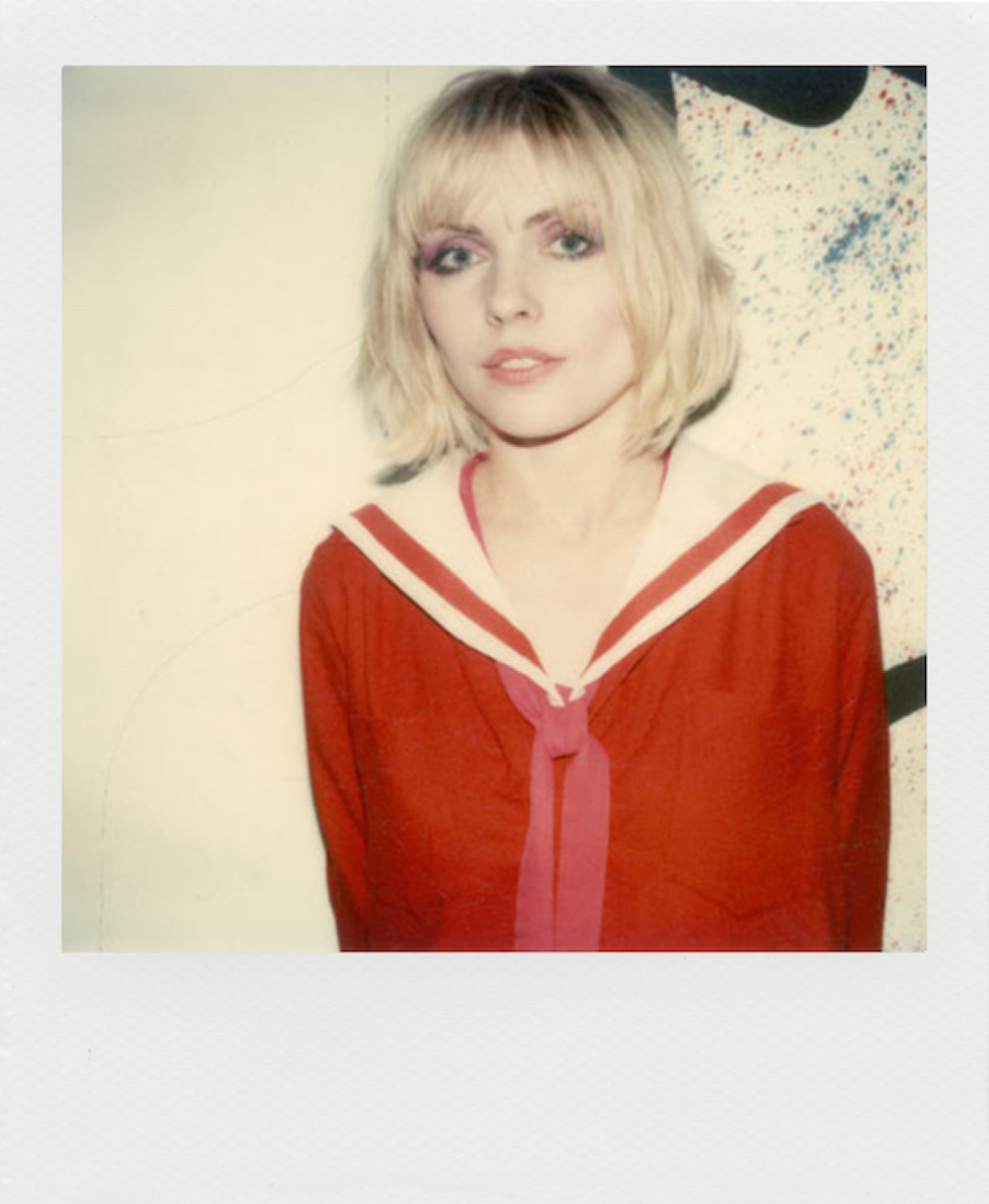 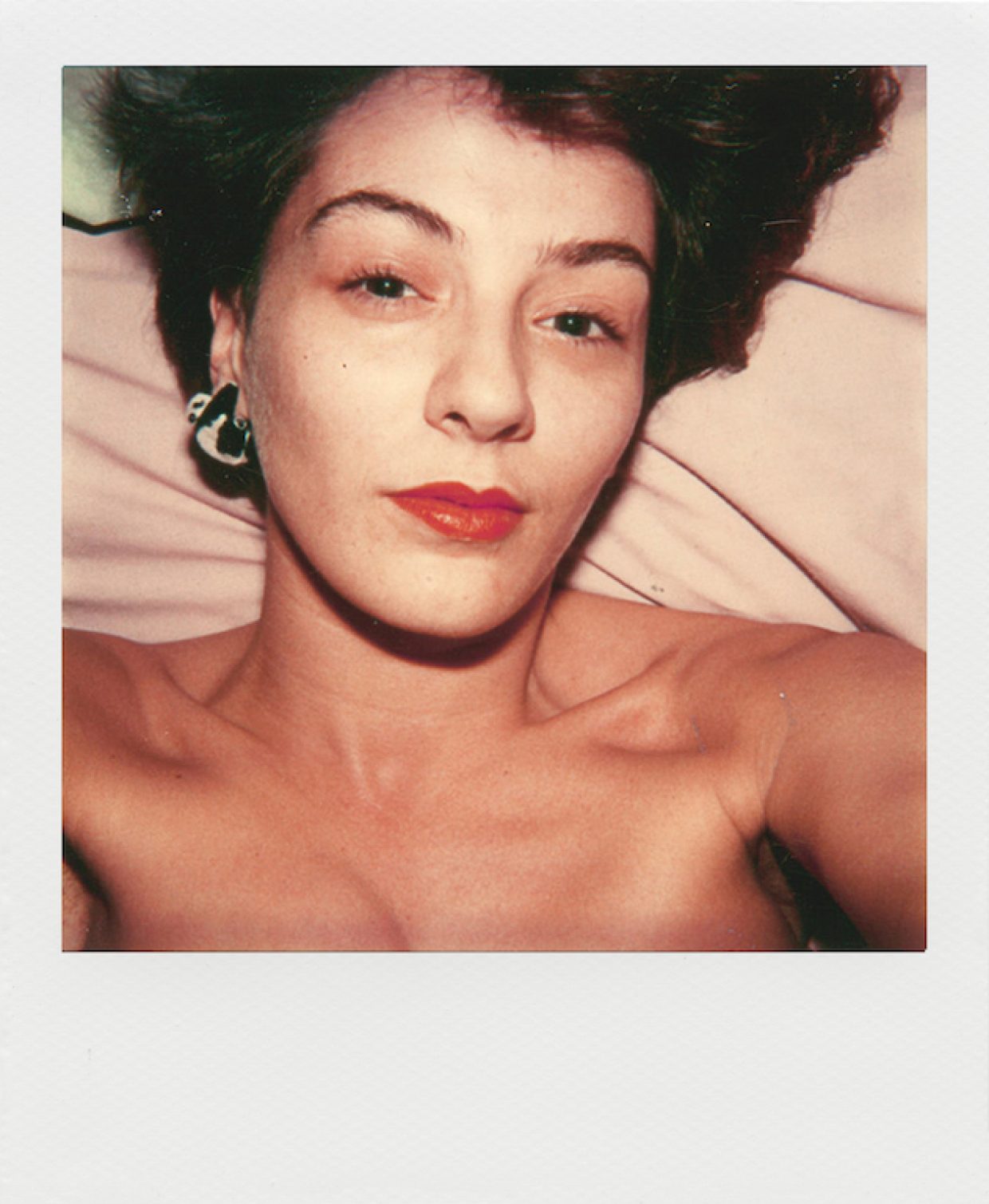 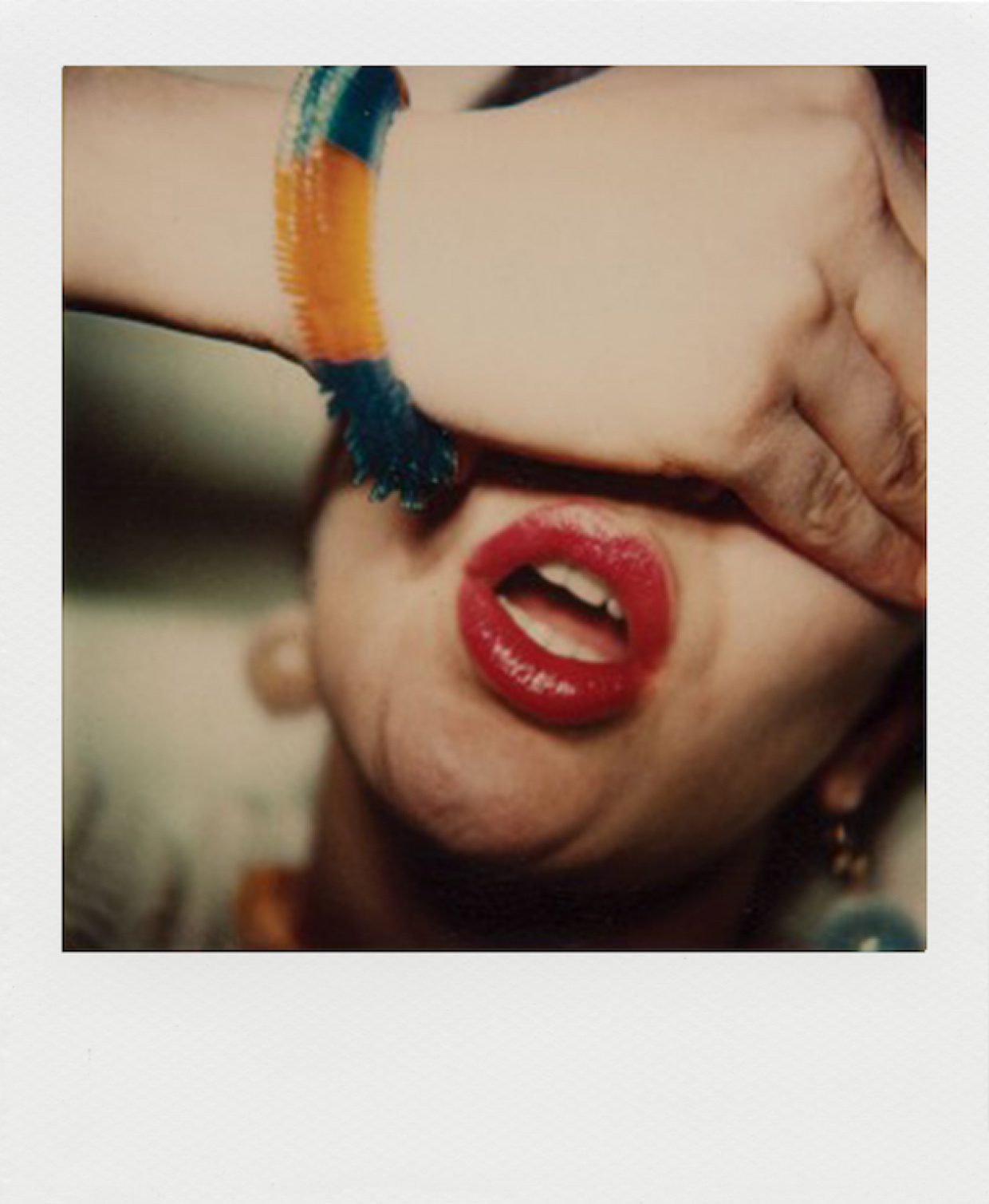 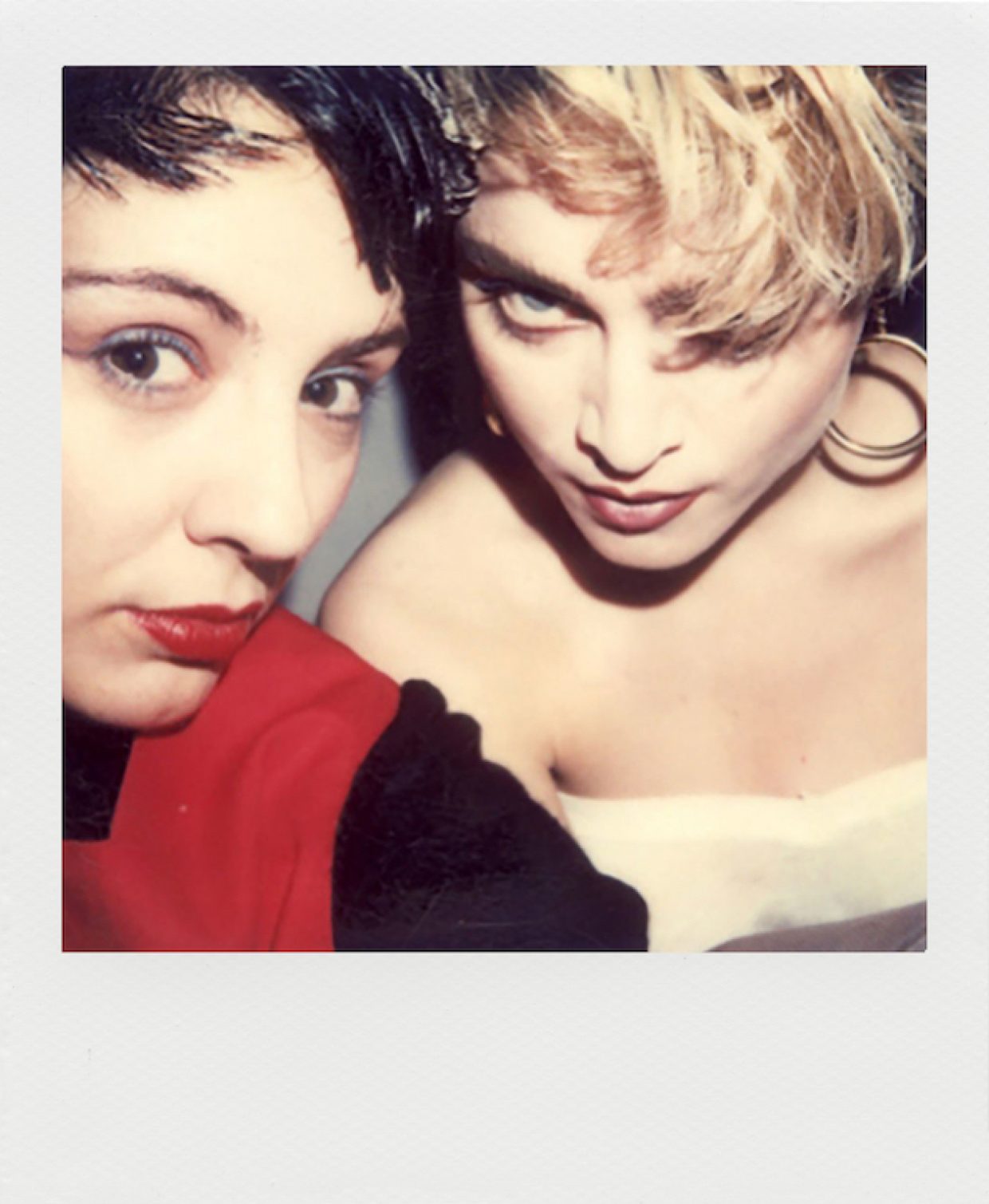 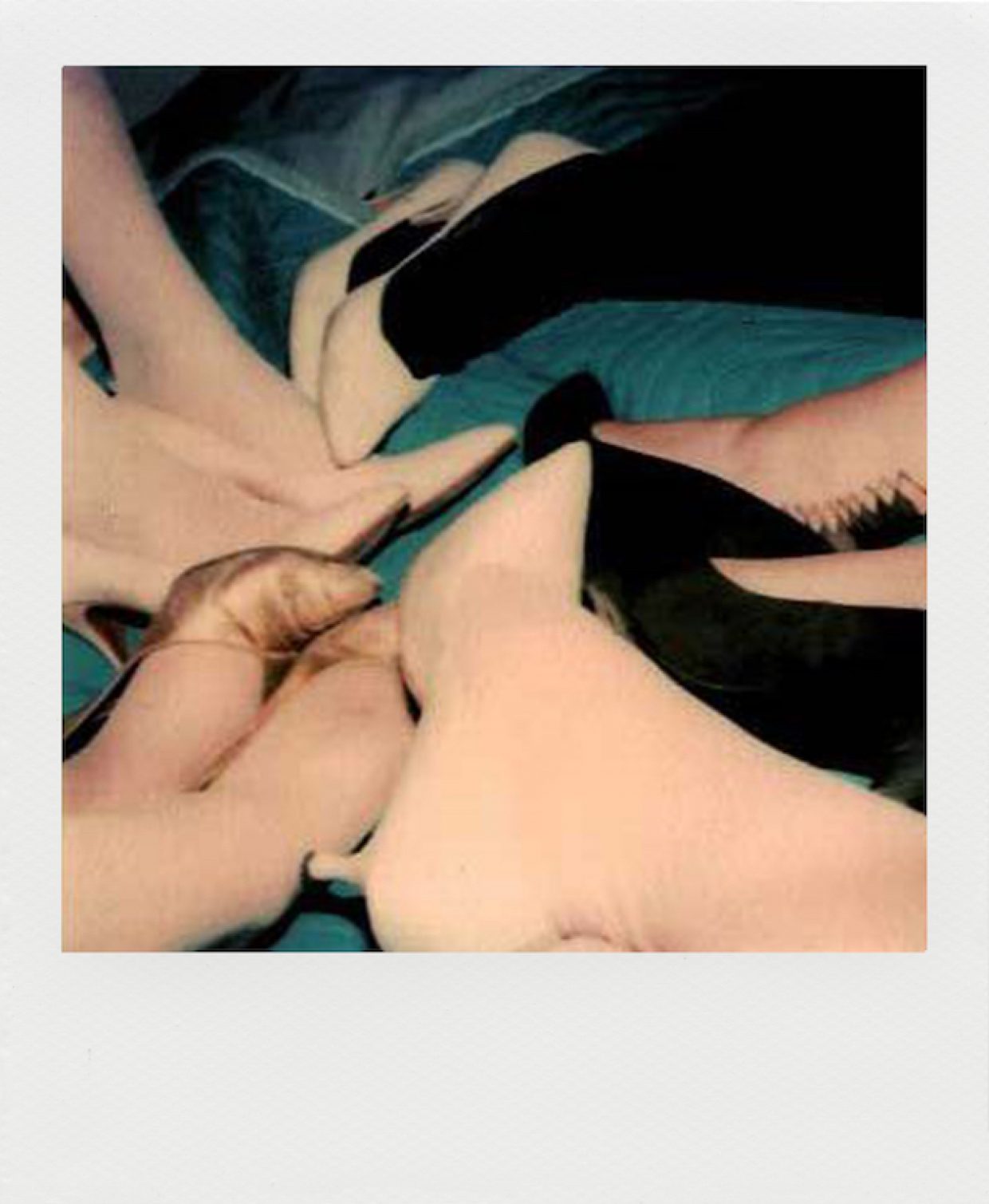 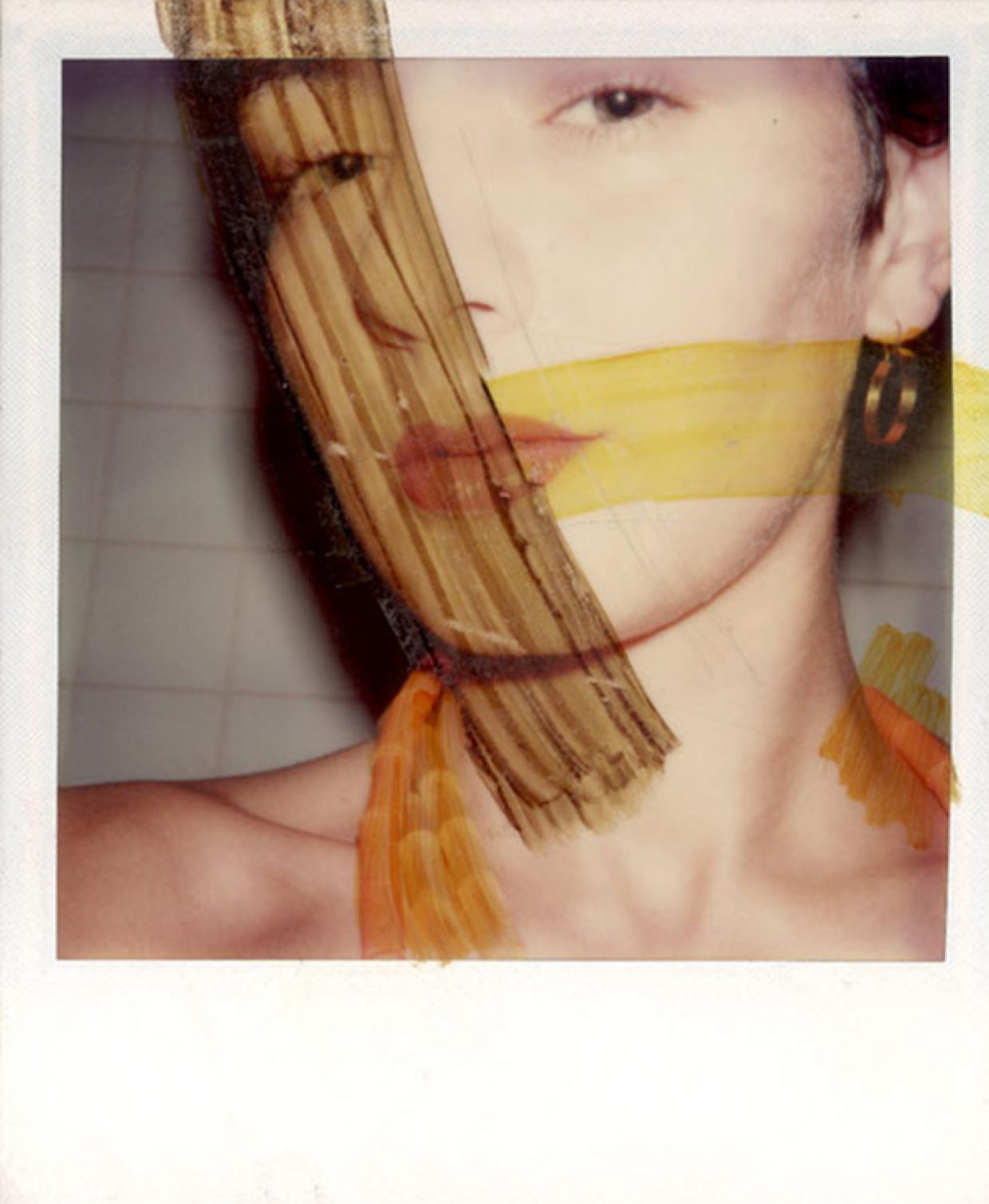 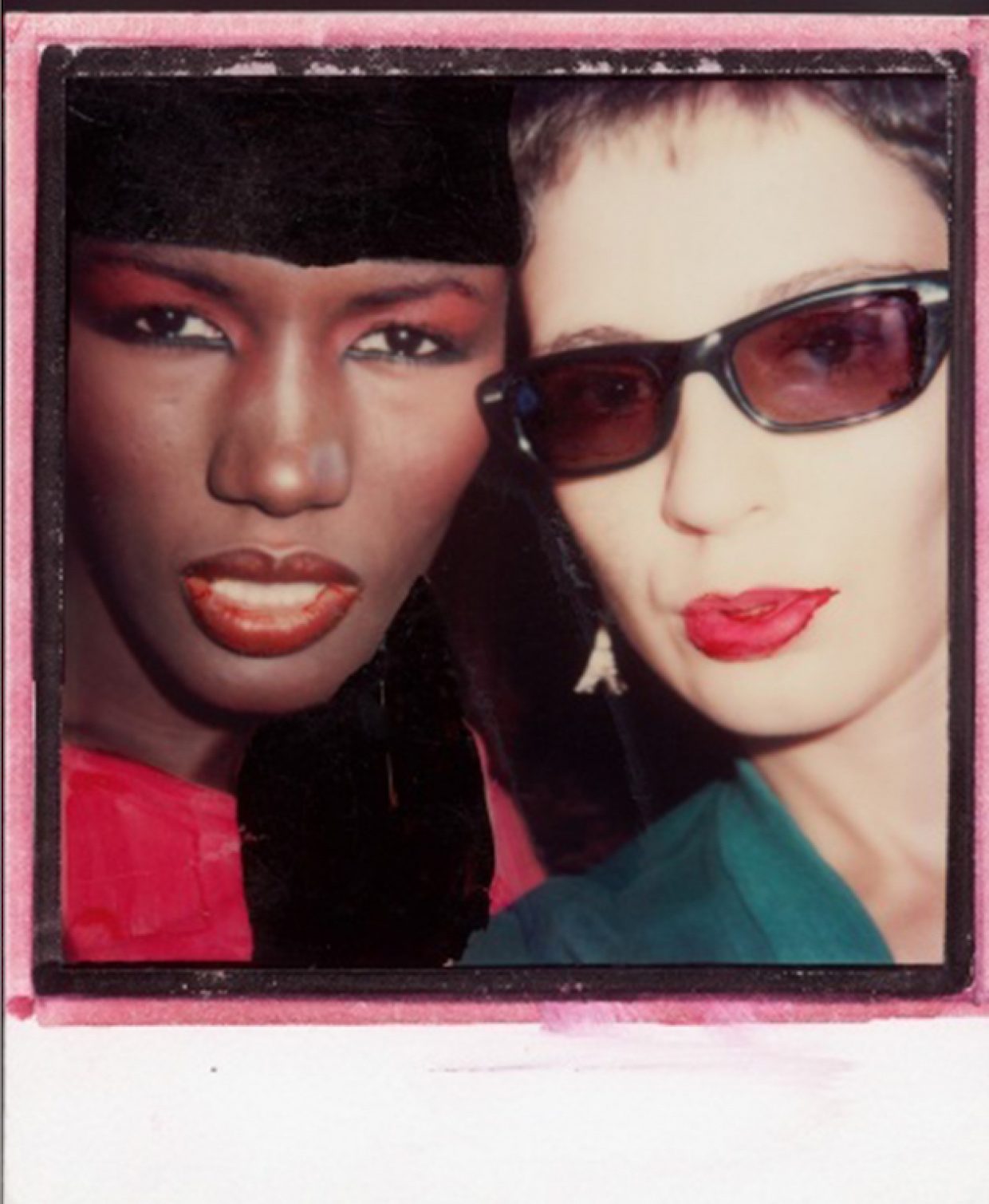 Maripol is interviewed in Polaroid Originals Magazine by Eglantine Aubry.

I’m meeting with Maripol outside a typical Parisian café amongst the buzz of conversation and bustling traffic. It’s a quick break in her busy schedule running from one rendezvous to another: Maripol is always on the move. The girl who invented the selfie back in the ’70s at Studio 54 – the Polaroid Queen of New York, Paris and Los Angeles – continues to produce new instant photographs with her SX-70 until this very day.

Do you feel the energy and open-mindedness of New York City today differs from that of the one encapsulated in your photographs?
The energy and open-mindedness of the creative world in New York nowadays can not at all compare with the one witnessed in my photographs from the ’70s and ’80s. It’s true that there are new designers, new authors, new artists, new photographers, and I will add new chefs as well, because it’s a big trend these days, “fooding”… But everything is much more commercial now, it has lost its freshness. In the ’70s and ’80s, things were not calculated. To shoot a portrait of someone famous, you did not have to go through their PR. It’s not at all the same approach now. The energy may still be there, but for me New York has lost its edge.

Do you find this elsewhere in the world?
I intend to. I just took a big studio in Los Angeles. I was a pioneer in New York in the ’70s, now I’m becoming a pioneer in L.A., in a neighborhood on the edge, with other artists. I’m trying to find what I feel I’ve lost in New York. I just feel like taking portraits of young kids coming out of the corner bodegas.

Do you feel that your choice to work with a Polaroid camera allowed you a more intimate access to that world, than if you had chosen to shoot with another kind of film?

The truth is that it wasn’t really a choice. I went to Beaux Arts in Nantes, France, and like in all art schools at the beginning, we touched a little bit of everything. If I was working for my architecture class, I had to draw buildings. I took pictures of them and then processed the film myself in the school lab. I must say I grew up in a family where photography was always around: During WWI my grandfather went to war, on his horse, taking pictures and processing them on the spot. We still have all the albums. My uncle was a doctor during WWII and he also took a lot of black and white portraits of soldiers. We still have those, in their original Kodak boxes. I remember my father shooting lots of film when I was a kid. He never spent a moment without a camera. Now, my son Lino collects instant cameras. It’s a family thing.

Did you choose Polaroid for a specific reason?
I arrived in the US with my boyfriend Edo (Bertoglio). He was a Swiss Italian photographer. For Christmas in 1977 he offered me a Polaroid camera. It was an SX-70 with chrome body and brown leather, the original one. We both started using it, but he mainly used a Hasselblad. I saw him going to the lab, at Duggal’s, he had to wait for the film to get processed, the contact sheets. It was a long process. As for me, with my Polaroid camera, everything was instant!

How did you choose what to photograph?
It became a convenient tool that I could use for everything: pictures of my designs, portraits. Intimate pictures, nudes. I took pictures of everyone at Studio 54 & Mudd Club, all my friends, it was a tight community.  The only person who refused to have his portrait taken at Studio 54 was David Bowie, because I asked him! But still, I had the honor to ask him… “Can I take your picture?” I said.  “No no no, daaaarling,” he told me. I should have just CLICK! and snapped him.

Which of the Polaroid pictures in your collection is your most treasured memory?
Well, frankly, that’s really difficult to say. I love all of them. There is a Basquiat exhibition at the Barbican in London coming up. It’s opening September 21st. I am honored to exhibit original SX-70 Polaroid pictures there. The Barbican based their selection for the exhibition on my Polaroids my book “Maripolarama”. But there were other photos left that I had not scanned. So brought more over.

So there are some that have not been seen yet?
Exactly! And neither had I! (Laughs.) What is interesting is that while I was working on the choice of images, I had to dive back into Jean-Michel Basquiat’s world of those years. That turned out to be very inspiring.

It sounds like you have a big archive of that time.
Yes!  A big effort goes into conserving all those precious memories.

If you had to choose a soundtrack to your images, what would it be?
What immediately comes to mind is Grace Jones. (Hums.) “I need a man …” because I took a lot of photos of cute guys when I first started.

What does the return of the original Polaroid brand mean for you, and your future work with our film?
For me it never really left, because the Impossible Project was there. The fact that the new brand sees the light of day and that the team of Impossible stands behind, it is just brilliant. That being said, not much will change for me personally. I carry this label on my skin. They call me “The Polaroid Queen,” “The Polaroid Legend,” and even “The Selfie Queen”!

That’s true, it’s often said that you invented the selfie.
Because it’s true. It goes without saying that other people have done self-portraits before me, but not in the same manner, not holding the camera aimed at themselves. When I hear that Paris Hilton has the nerve to say that she invented it…  (Giggles.) You were not doing this for social media. In those days, when you took a picture of yourself with someone else in it, you did it because you were happy to be with that person at that certain moment. It was intended as a keepsake for yourself. That’s exactly what it was: a moment.

What do you think is behind the magic in this moment?
A Polaroid picture is a unique original, and scanners didn’t even exist in those days. When the Color Xerox machine came out in the late ’70s, it was a revolution! You can’t imagine what that meant to us. A color printer. There was only black and white before that. Basquiat started reproducing his drawings with it. I began to do collages with my Polaroids. Right there. On the glass of the copy-machine! I still have a lot of those. How nice that was. Come to think of it, those would make a great exhibition.

Who is the person that inspires you to keep on creating?
I just saw the exhibition of David Hockney at Pompidou and it was very inspiring, but honestly I’d say my son, Lino. He’s got the energy of a 27 year old and he’s assisting me on a lot of shoots now. He takes another camera and we mix up our points of view. Marie and Taïka, my assistants, help me a lot, too. They understand me well. They are young. At that age, I had my head in the clouds. So actually young people inspire me. And the world.

What advice would you give to someone who came across your work and felt inspired to try out Polaroid film for the first time?
If you start to snap, take it seriously! Inspire yourself with loads of books and images. Be alert and look around. Be aware of the world that surrounds you. Use your camera just like any other camera. Instead of your mobile phone, it’s a Polaroid camera!