'Mean to Me' film directed by McDermott & McGough is their first foray into scripted, motion picture filmmaking and stars Agyness Deyn and Linus Roache. The period piece chronicles the end of an affair in 1930's Manhattan, as a glamorous courtesan (Deyn) discovers that her aristocratic British lover, Walter (Roache), intends to marry a wealthy heiress in order to "stay afloat" in the depths of the Depression. At once vulnerable and despairing, the mistress is unraveled not by heartbreak, but by the terror of returning to a life burdened by destitution. As the story develops, it is clear that her past is linked to a subordinate social class, while Walter maintains an emotionally abusive and patrician sensibility. More 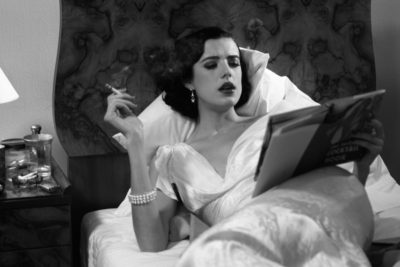